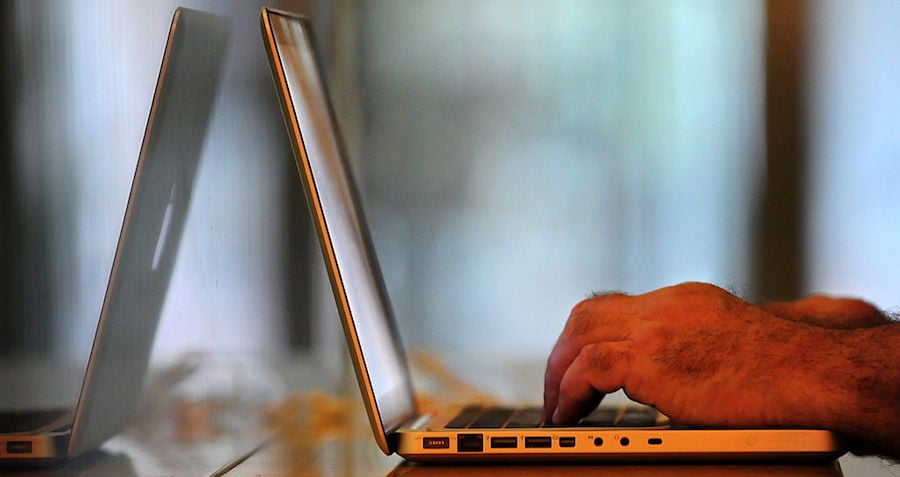 Internet trolls are bad enough in their own right — but they’re made that much worse when some of the world’s most powerful governments create troll “armies” to spread propaganda.

This isn’t a crackpot theory; a tool called “Persona management software” makes it all possible.

The software automatically develops and ages thousands of social media accounts until they mature and are ready for use. When government higher-ups send orders to muddy the online waters around a certain topic of interest, hundreds of operators, or “trolls,” use those accounts to flood online conversations in an attempt to change the narrative.

The common term for this is astroturfing. As for those fake accounts? They’re called sock puppets. And three of the world’s most powerful countries — Russia, China, and the United States — have all been known to use them. 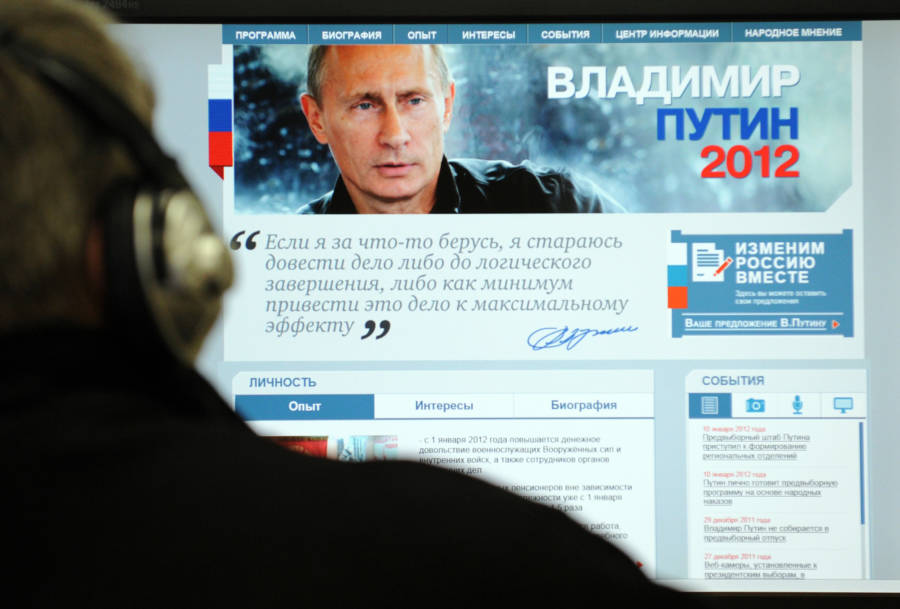 Russia has an online comment army, but it doesn’t officially acknowledge them as much as other nation states do. Called the Internet Research Agency (IRA), the company is owned by Vyacheslav Volodin, the current chairman of the State Duma (lower house of parliament) and a close associate of Russian President Vladimir Putin, according to Russian newspaper Vedomosti.

Known derisively as the “Trolls from Olgino” for their work in spreading a pro-Russian worldview online during the 2014 Crimean Crisis, they were once the subject of an in-depth investigation by Adrian Chen in The New York Times Magazine. Chen found that these trolls were organized, paid well, and specialized in smearing political figures.

Chen followed that story up in The New Yorker, writing about how their tactics evolved over time:

“The real effect, the Russian activists told me, was not to brainwash readers but to overwhelm social media with a flood of fake content, seeding doubt and paranoia, and destroying the possibility of using the internet as a democratic space. One activist recalled that a favorite tactic of the opposition was to make anti-Putin hashtags trend on Twitter. Then Kremlin trolls discovered how to make pro-Putin hashtags trend, and the symbolic nature of the action was killed. ‘The point is to spoil it, to create the atmosphere of hate, to make it so stinky that normal people won’t want to touch it,’ the opposition activist Leonid Volkov told me.”

According to Chen, the IRA’s social media accounts began spouting right-wing American political opinions around the end of 2015. As time went on, they increasingly became vocal fans of Donald Trump, “and it seemed logical to me that this new pro-Trump bent might well be an attempt by the agency to undermine the U.S. by helping to elect a racist reality-show star as our Commander-in-Chief,” Chen wrote.

“This is the new means of engaging in a low-grade asymmetric warfare, this cyber-interference in Western democratic institutions in the U.S. and Europe,” Sullivan told Vietor on Pod Save the World. “We gotta be nimble; we gotta be pretty sharp and harsh in our response, even if it’s under the radar.” 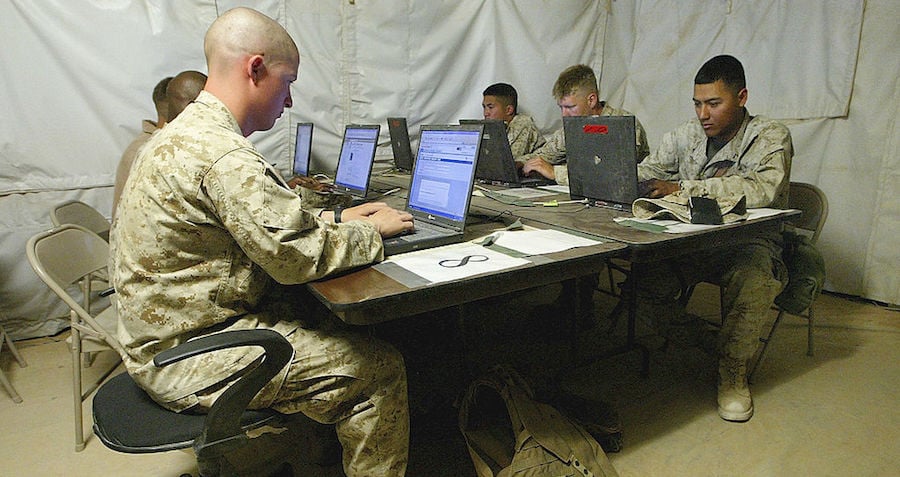 The U.S. has the largest military budget in the world and the intelligence resources to match — which means that along with Russia, the U.S. also uses astroturfing.

Unlike Russia, federal law prohibits the U.S. government from using astroturfing techniques on American civilians; in fact, it can only use them on foreign nationals. This caveat comes from the Smith-Mundt Modernization Act of 2012, which prohibits U.S. state agencies from broadcasting propaganda to U.S. citizens.

The best example of U.S. astroturfing abroad may be Operation Earnest Voice (OEV), a 2010 endeavor in which the U.S. military used online trolls and sock puppets to disseminate pro-American propaganda on social media sites based outside the U.S.

That year, the U.S. awarded Ntrepid Corporation a $2.6 million contract to create the “persona management” software necessary for the action. The military asked for a program that would “enable an operator to exercise a number of different online persons from the same workstation and without fear of being discovered by sophisticated adversaries. Personas must be able to appear to originate in nearly any part of the world and can interact through conventional online services and social media platforms…”

Although an exact timeline of events is hard to come by, the Guardian reports that the U.S. first used OEV in Iraq as a psychological weapon against Al Qaeda. It later expanded into a $200 million campaign that covers vast swathes of the Middle East, including Pakistan and Afghanistan.

Former Army general and CIA director David Petraeus said that OEV “reach[ed] [a country’s] regional audiences through traditional media, as well as via web sites and regional public-affairs blogging,” during his congressional testimony.

“We bring out the moderate voices. We amplify those,” Petraeus said. “And in more detail, we detect and we flag if there is adversary, hostile, corrosive content in some open-source web forum, [and] we engage with the web administrators to show that this violates web site provider policies.” 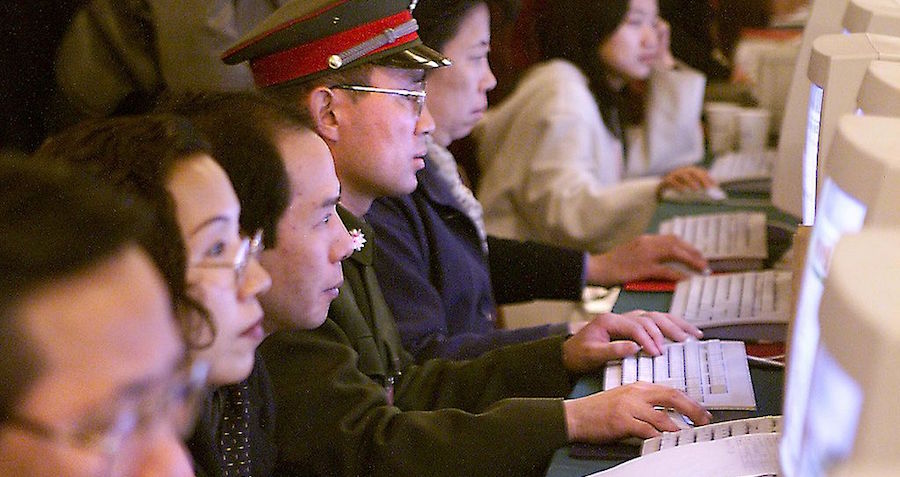 China employs thousands of online commenters en masse, using them to blanket the Chinese version of the internet at the rate of 488 million social media posts each year, according to The New York Times. This fire hose of content means government trolls fabricate 1 in every 178 social media posts on the Chinese internet, with a goal to divert attention on touchy subjects and generate positive social feedback on the government.

The Chinese government pays for these services as well, at 0.5 yuan (7 cents) per post, according to the English edition of the Global Times. This commission fee actually forms the basis of the troll army’s moniker, the “Fifty Cent Party.”

The government isn’t the only entity to make use of program. The “Internet Water Army,” slang for the corporate cousin of the Fifty Cent Party, does much the same thing but for the highest private bidder.

Comparative analyses make the business appear to be a profitable one. The New York Times ran a report on an American version of an Internet Water Army company that charged $999 to write 50 reviews. In 2010, soon after the company opened for business, it made $28,000 a month.

“The wheels of online commerce run on positive reviews,” Bing Liu, a University of Illinois data-mining expert told The New York Times. “But almost no one wants to write five-star reviews, so many of them have to be created.”

While China, Russia, and the U.S. may be astroturfing’s biggest players, they are by no means its only players. The Guardian reports that countries such as Israel, the United Kingdom, Turkey, both North and South Korea, and even Ukraine also use the technique. Each country has its own agenda guiding the tone and nature of its online propaganda, but they have one goal in common: to create a desired reality by flooding the internet with lies.

Intrigued by this look at astroturfing? Next, read about the FBI’s COINTELPRO program, which included some of the most extreme trolling in history.