Citizens of Aswan suffered power outages, flooding, and severe hail — only for a deadly swarm of scorpions seeking shelter to invade. 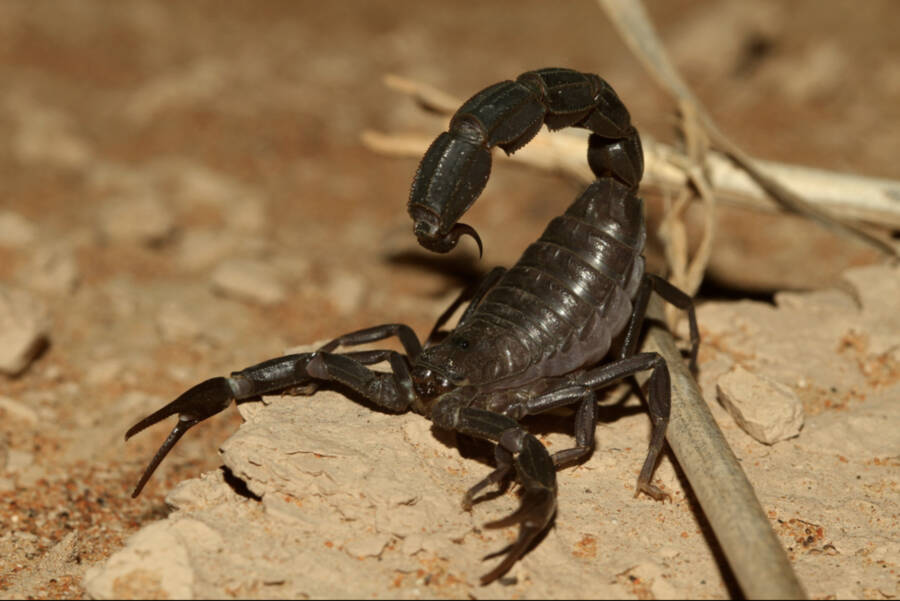 Like most of its African and Middle Eastern neighbors, Egypt is famously arid. That just so happens to be the preferred climate of the Arabian fat-tailed scorpion. However, scores of the creatures were roused from their nests by record storms over the weekend and unleashed on the city of Aswan.

So far, the scorpions have stung over 450 people — killing three.

The southern city was wholly unprepared for the incident as Aswan typically receives less than half an inch of rainfall per year. According to IFL Science, the floods saw officials suspend schools and urge residents to stay inside — as the displaced swarm of scorpions sought shelter in people’s homes at higher ground.

While acting Health Minister Khalid Abdel-Ghafar claimed that no deaths had resulted from stings, local media reported three fatalities and at least 453 people injured. According to Al Jazeera, the hundreds of hospitalized victims were treated with anti-venom from local clinics that helped nearby towns with supplies. 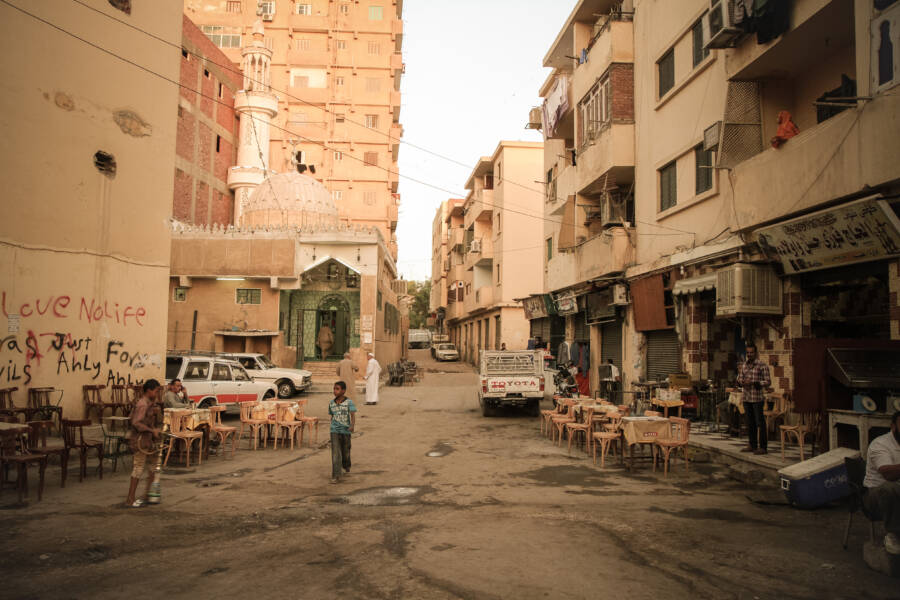 PnP!/FlickrAt least 453 people in Aswan were hospitalized for scorpion stings over the weekend, with three people dying from the venom.

According to the iNaturalist Network of the California Academy of Sciences, the Arabian fat-tailed scorpion is an Old World species endemic to Africa, Asia, and Europe. It generally occupies the dry deserts of Oman, Kuwait, Bahrain, Qatar, Morocco, Algeria, Tunisia, Libya, and Egypt. Most unnerving, of course, is the sting.

The animal’s Latin name of Androctonus crassicauda translates to “man-killer” — and with a potent cocktail of neurotoxins and cardiotoxins stored in its stinger, the term is terrifyingly apt.

Considered an arachnid due to its eight legs, the scorpion’s venom courses through a victim’s bloodstream to cause internal bleeding and impeded eyesight. Fever, intense sweating, vomiting, diarrhea, and muscle tremors follow. Within an hour, an affected adult will die of heart malfunction while struggling to breathe.

The Arabian fat-tailed scorpion can grow up to four inches long. It relies on pheromones and vibrations to communicate and prefers a solitary life — in order not to compete while hunting. Ideally relegated to its nests, the scorpion kills several human beings per year. 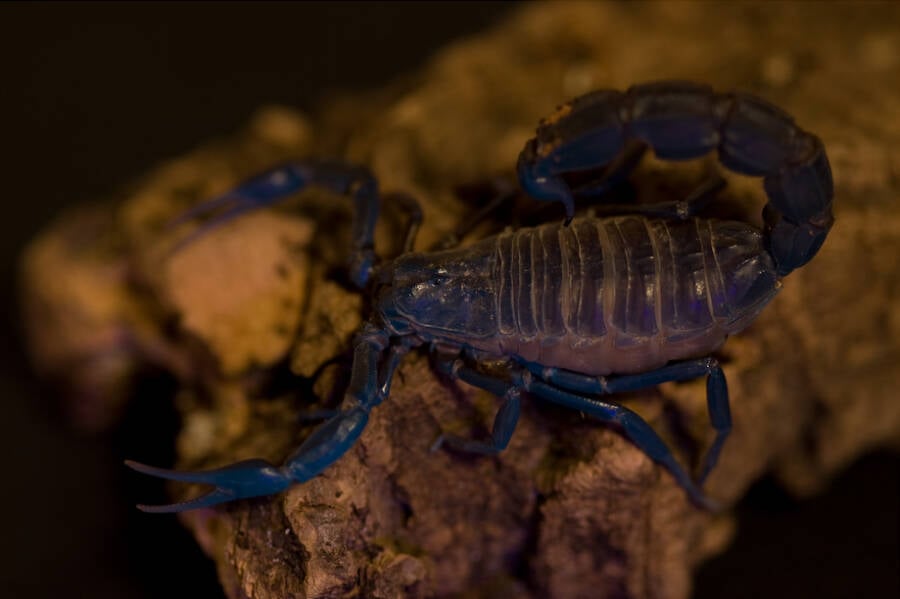 Shaan Hurley/FlickrThe venomous species can grow up to four inches long and relies on pheromones and sound to communicate.

According to Insider, the heavy rainfall and hail led to strong dust storms near the Nile River and carried countless scorpions and snakes into Aswan. Trapped inside their homes with nowhere to go and power outages leaving them in the dark, hundreds of citizens encountered the creature — to frightening results.

Overnight, doctors primarily focused on vaccinating the population against COVID-19 had to divert their efforts to deal with the unexpected emergency. Fortunately, Aswan’s hospitals and medical units carried a stock of 3,350 anti-venom doses and provided surrounding villages with the supplies they needed, as well.

Governor Ashraf Attia announced on Sunday that all schools would be closed, with footage of Aswan’s destructive floods circulating on social media. From damaged homes and destroyed vehicles to entirely flooded farms, the weather itself was dangerous enough — only for panicked scorpions to emerge. 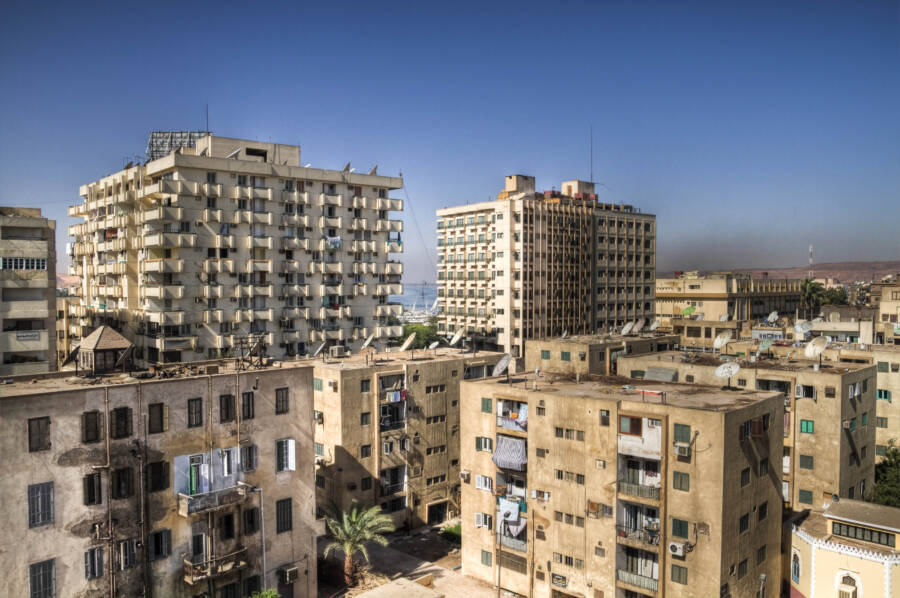 Ronald Woan/FlickrAswan Governor Ashraf Attia suspended all schools on Sunday and urged people to stay away from areas with lots of trees.

Officials have since urged citizens to avoid areas with trees that these scorpion and snake populations have taken to.

While mild rainfalls continued to drench Aswan on Sunday, the inclement weather has since given way to high temperatures and clear skies. However, local media reports residents are concerned that more scorpions could be on the way as floodwater comes down the surrounding mountains.

After reading about the scorpions in Egypt, learn about Brazil’s dangerous Snake Island where humans are not allowed. Then, read about the Indian man who used deadly snakes to murder his wife.