Inside The World Of The Volcano Snail, Nature’s Toughest Gastropod

The scaly-foot snail grows its own iron suit of armor — and thrives in the white-hot hydrothermal vents of the Indian Ocean. 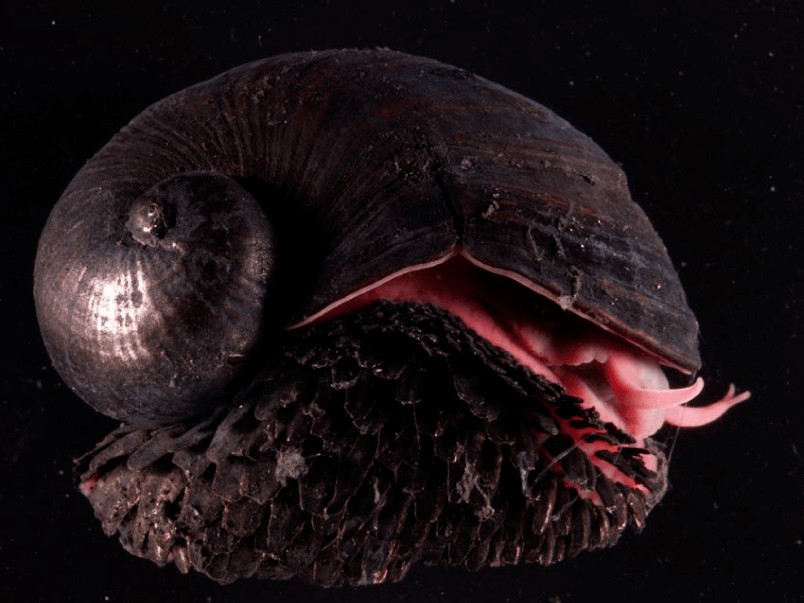 Its scientific name is Chrysomallon squamiferum, but you can call it the volcano snail. Sometimes, it’s also known as the scaly-foot gastropod, the scaly-foot snail, or the sea pangolin. Whatever you choose to call this squiggly little tough guy, it lives in the deepest parts of some of the world’s hottest underwater volcanic vents with a shell of iron sulfide to keep alive in extreme heat conditions.

And recently, for the first time in history, its genome has been sequenced by scientists — solving what was once one of the scientific world’s biggest mysteries.

Let’s take a look at what we’ve found out about this tiny ecological wonder who isn’t afraid of the literal depths and fires of hell.

The Nuts and Bolts of the Volcano Snail

First discovered in 2001, the volcano snail was originally dubbed the scaly-foot gastropod, a name that most in the scientific community call it to this day. At the time of its original discovery, Science claimed that it was merely part of the biome of the Indian Ocean. The scientific journal also claimed that they congregated around the so-called “hydrothermal vents” of the Indian Ocean.

However, the scientific community didn’t give the gastropod an official scientific name — in other words, a genus and a species — until 2015.

The snail is often found at hydrothermal vents within the Indian Ocean. The first prominent home to the snail is called the Kairei hydrothermal vent field, while the second is known as the Solitaire field, both located along the Central Indian Ridge.

Subsequently, the snail was also found near hydrothermal vents in the Longqi vent field in the Southwest Indian Ridge. Regardless of which field you find these little creatures in, they’re exclusively concentrated in the Indian Ocean, roughly 1.5 miles under the surface of the water. 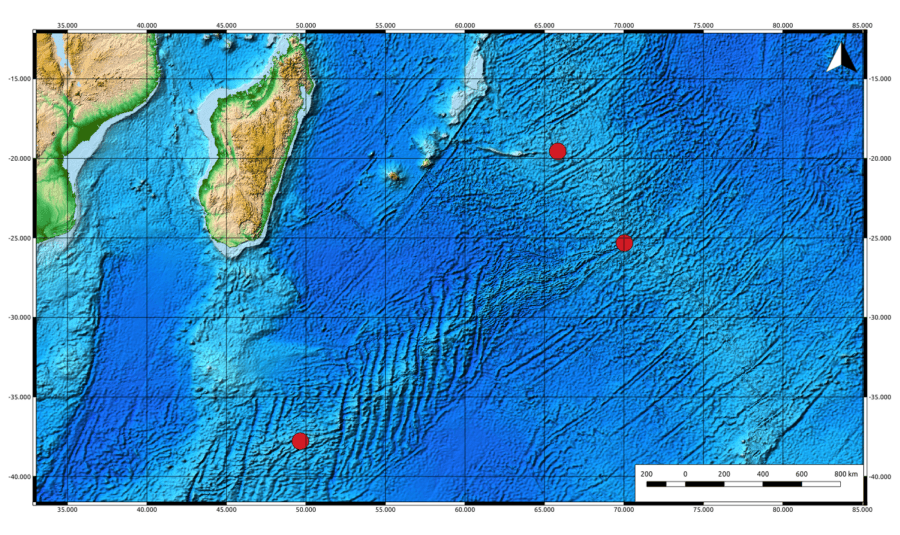 And that’s not all that’s unique about them. Because these hydrothermal vents can reach up to 750 degrees Fahrenheit, the snails need to have appropriate protection from the elements. And, according to the Smithsonian Magazine, they — and evolution — have handled the necessary protection with aplomb.

The volcano snail draws iron sulfide from its environment to develop a “suit of armor” to protect its soft insides. Further, Smithsonian noted that the curious creature gets its sustenance from bacteria it processes in a large gland, rather than “eating” in the traditional sense.

Recently, though, scientists dug deep, attempting to understand what makes this rare creature tick. And in April 2020, they got their answer.

At the height of the COVID-19 pandemic, researchers at the Hong Kong University of Science and Technology (HKUST) decoded the genome of the volcano snail for the first time in history.

Scientists found that there were 25 transcription factors that helped the gastropod make its distinctive shell out of iron.

“We found that one gene, named MTP – metal tolerance protein – 9, showed a 27-fold increase in the population with iron sulphide mineralization compared to the one without,” said Dr. Sun Jin, one of the researchers, to the outlet.

When the iron ions in the snails’ environment react with the sulfur in their scales, iron sulfides — giving the gastropods their distinctive colorings — are created. Ultimately, the genome sequence of the snail gave the scientists unique insights on how the material of their iron shells may be used in future applications — including ideas on how to build better protective armor for soldiers out in the field.

As cool as these creatures are, however, they face extinction due to deep-sea mineral mining that potentially impacts the changing temperature of the Earth.

Why The Volcano Snail Could Become Extinct

In 2019, the International Union for the Conservation of Nature (IUCN) placed the volcano snail — which they dubbed the scaly-foot snail — on its list of endangered species. The population has experienced a significant decline in recent years. While they were notably prolific in the Longqi vent field, their numbers were in steep decline in the others.

And the biggest threat to the snail’s existence is deep-sea mining. Polymetallic sulfide mineral resources — which form in abundance near the snails living at hydrothermal vents — are prized for their large concentration of precious metals, including copper, silver, and gold. And so, the existence of these gastropods is continuously under threat due to mining interfering with their habitat.

While there are currently no active conservation efforts in place to save the volcano snail, their mere existence merits further research for conservation. More research “is recommended to determine whether the populations would be susceptible to disturbance by mining, to confirm whether the species is present at any other vent site along the Central and South Indian ridges and to ascertain the low dispersal reproductive system for this species, as these will assist in reevaluation of the conservation status of the species,” the organization said.

To this date, the volcano snail is the only known living organism that contains iron in its exoskeleton, making it an extraordinary gastropod.