Tired of caring for his disabled wife and plotting to find a new one, Sooraj Kumar found himself a snake handler and unleashed a deadly serpent on his slumbering wife — twice. 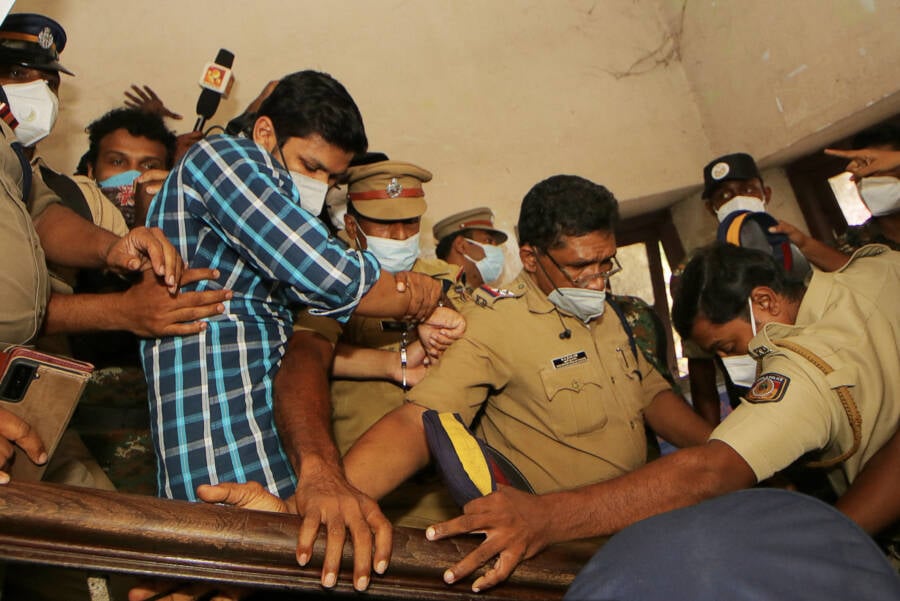 AFP/Getty ImagesSooraj S. Kumar was sentenced to 17 years for poisoning and destruction of evidence — and two life terms for murder and attempted murder.

On Monday, 32-year-old Sooraj S. Kumar was found guilty of murdering his 25-year-old wife Uthra. In a case that shocked prosecutors, the Indian man had let a deadly cobra loose in his home while Uthra slept. Even more horrifying — Kumar had tried killing her in the same way once before.

The couple had only gotten married two years earlier and even had a child, according to MSN. Uthra likely suspected nothing of her husband.

Suffering from mental and physical disabilities, she was likely overjoyed to marry Kumar on March 25, 2018. The couple’s union was followed by the birth of a child, with the newfound family settling in the Kollam district of Kerala in southern India. Meanwhile, Kumar appeared to grow weary of his responsibilities. 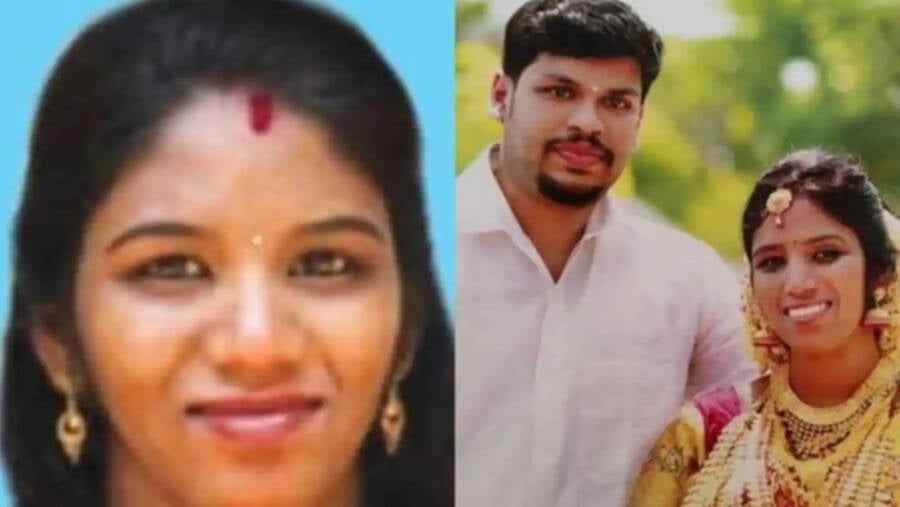 At some point, Kumar resolved to kill his wife. He found himself a snake handler in the early months of 2020 and paid him to borrow one of his vipers.

According to The Hindustan Times, Kumar’s first attempt on his wife was on March 2, 2020. Uthra awoke to the deadly viper in her bed, biting her. While she sought immediate treatment and survived, she spent 59 days in recovery.

In the meantime, Kumar managed to charm her parents into confidence, while coveting her family money. The fact that their daughter had nearly died due to a confounding viper presence was certainly more than a little alarming. Tragically, the marriage continued as usual while Uthra spent nearly two months receiving treatment for her snake bite.

No sooner than Uthra began returning to normal did Kumar try again. The snake handler had trained him how to handle the creatures and provided him with a lethal cobra the second time around.

After putting his loving wife to bed on May 6, Kumar’s second attempt on her life proved gruesomely successful.

According to the Latin Times, Kumar had starved the snake for one week before inducing it to bite Uthra — who died the next morning.

It’s unlikely Uthra would’ve awoken to Kumar entering the room as he had dosed her daily juice with crushed-up sleeping pills that day. Kumar followed his training and maneuvered the cobra toward her. The slumbering mother didn’t have a chance after being bitten twice. 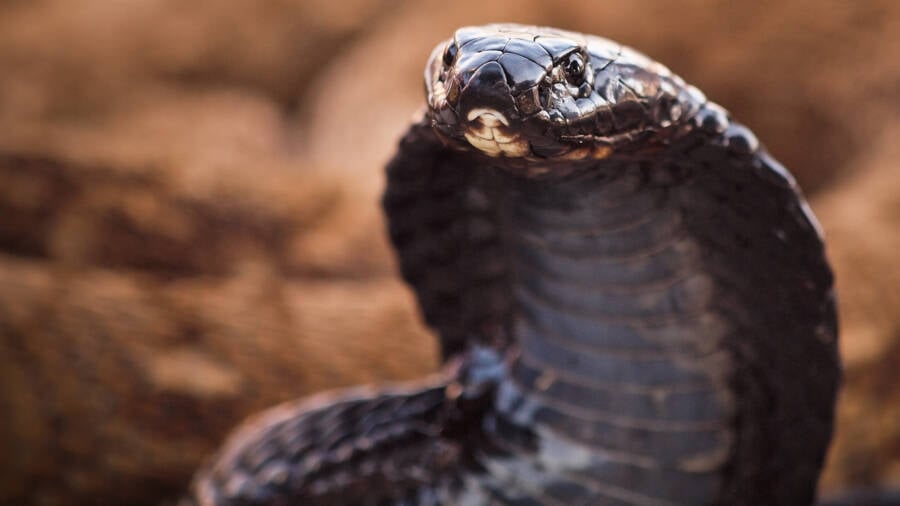 Luca Boldrini/FlickrA cobra such as this bit Uthra twice and caused her to die hours later.

Uthra’s family was convinced that Kumar had been responsible. It was only two days after Uthra’s death that they filed a police complaint alleging that money was his motive. While Uthra’s family had given Kumar and his family 90 sovereigns of gold, $6,629, and a car for their dowry, it clearly hadn’t been enough.

While Kumar’s parents and sister were charged with dowry harassment, he was placed under arrest and was then faced a murder trial. It took 17 months to arrive at, but court proceedings finally began earlier this month. Without direct evidence or eyewitnesses, the prosecution would rely on the science of snake bites.

Investigator S. Harishankar provided the court with the cobra’s autopsy which showed it hadn’t been fed. He also presented evidence of traces of sleeping pills in Uthra’s urine. Most importantly, Harishankar and his team conducted tests with a dummy showing the difference between natural and induced snake bite marks. 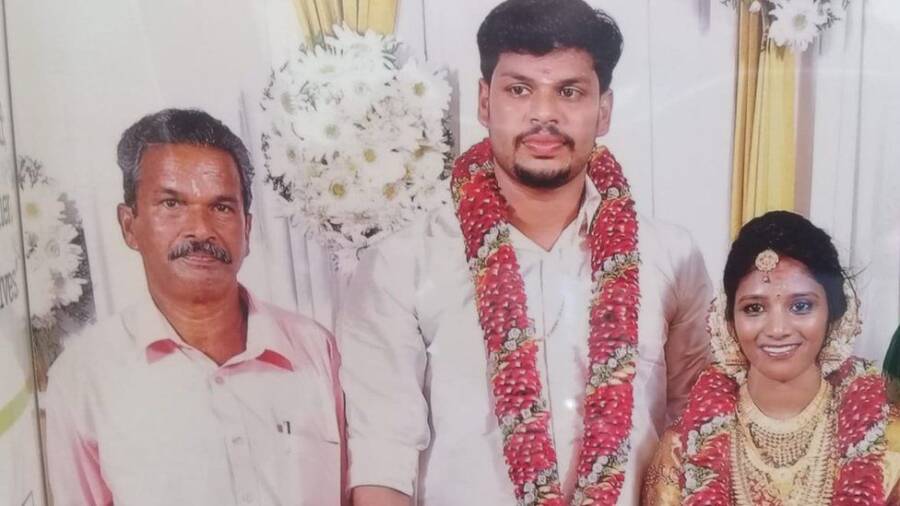 “In natural bite, marks will spread to 1.7 to 1.8 cm but in Uthra’s case, it was 2.3 to 2.8 cm, ” said Harishankar. “That surely showed pressure was induced on the cobra … We also found that he searched the internet for months to study snake handling and homicidal snake bites.”

Prosecutor G. Mohanraj called Kumar’s crime the “rarest of rare,” “macabre” and “unheard of.” He and his peers adamantly called for the death penalty after Monday’s guilty verdict. According to OnManorama, however, Wednesday’s sentencing session saw a Kollam magistrate dole out a a life sentence, instead.

Kumar will first serve 10 years for poisoning and seven years for destruction of evidence. Only then will his two life terms for murder and attempted murder begin to run concurrently. Uthra’s parents were displeased at the lack of capital punishment. Kerla Police Chief Anil Kant, meanwhile, was impressed.

“It’s a shining example of how scientific methods can be applied to crack a murder mystery,” he said. “The team led by S. Harishankar did an excellent job.”

After reading about the husband who murdered his wife with a cobra snake, learn about Kelly Cochran who dismembered her lover and husband. Then, read about Dalia Dippolito and the disastrous murder-for-hire plot against her husband.