Inside The Terrifying Legend Of The Aswang, The Shapeshifting Filipino Monster That Devours Human Guts And Fetuses

According to centuries-old Filipino folklore, the aswang combines the most terrifying traits of vampires, were-beasts, and witches into a single monster that inspires unparalleled fear to this day. 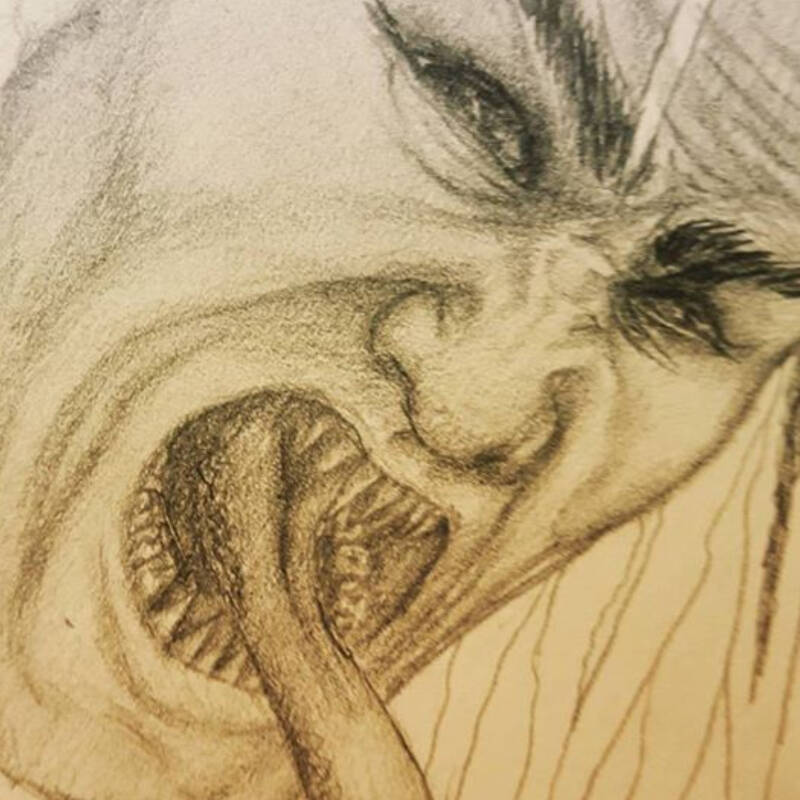 Not knowing whether or not danger is lurking around the corner can debilitating, and the aswang combines the uncertainty of a shapeshifter with the worst traits of vampires and werewolves — making the monster the most feared in all Filipino folklore.

The word aswang actually refers to a range of mythological monsters from were-dogs, to vampires, to a gruesome “viscera sucker.” All can change their appearance at will, however — and all hunger for human flesh and blood.

And although legends of the aswang date back centuries, alleged real-world sightings skyrocketed during the COVID-19 pandemic in the Visayas islands. This is the chilling history of the mythological aswang.

What Is The Aswang?

The trickiest thing about an aswang is that it allegedly disguises itself as a human during the day. It goes about among humans and picks out its victims to hunt at night. Considered to be part vampire, part witch, and part “werebeast,” the idea that the Aswang could be walking among you without knowing it is one of the most scary things about it.

That, and that it eats flesh — primarily children and unborn fetuses. Their favorite organs to eat are the liver and heart. The aswang allegedly has a proboscis-like tongue it uses to suck out blood or unborn babies from their mother’s womb.

It reportedly stalks the small towns of the Philippines during the night, looking for its next meal. The aswang likes to confuse its prey a tricky sound similar to a repeated “tick “. As it gets closer, it gets quieter to fool you into thinking that the creature is getting further away from you and luring you into a false relief.

Although allegedly, you may not know when you’re near an Aswang during the day, it is also in its weakest state at that time. This weakness means that they are unlikely to harm people during the day. They are usually women, sometimes even described as beautiful with long black hair.

Reportedly, aswangs do have some telling physical signs. Look for bloodshot eyes and their feet flipped backward. They also hate noise and bright lights. If you manage to get a good look at their eyes, your reflection will be upside down. Supposedly, another common way is that albularyos oil will boil whenever one is near.

Stories Of The Aswang Date Back Centuries

BASE Entertainment/NetflixAn Aswang attacks a woman on a television series.

There are allegedly three varieties of Aswang. The Tik-tik or Wak-wak is named for the sound it makes while hunting and turns into a large bird. The Sigbin/Zigbin allegedly turned into something similar to a Tasmanian Devil. The third variety is the Manananggal, which looks like a woman who can split itself in half and fly like a bat.

The night is their strongest time — when aswangs gain their superhuman strength. The night is reportedly also the time of day when they can shapeshift and change the appearance of other objects to trick humans.

When they take a victim, they supposedly can use an inanimate object to create a doppelganger, which then quickly becomes sick and dies to avoid discovery.

Stories about the aswang go back to the 16th century when the Spanish conquerors first recorded stories in writing. Still, they could stem from the 13th century, when Malay people came to the Philippines and brought with them their supernatural beliefs.

Their folklore referred to a creature similar to the aswang called the Penanggal. These monsters allegedly also appeared as normal women during the day, but had long tongues and fed on mothers and unborn children at night.

The Spanish conquerors of the 16th century noted that the people feared the aswang the most — but they may have been the ones pushing fear of the monster themselves for their own gain.

They attached it to babaylans, who were female spiritual leaders, in an effort to push Christianity. They also attached the monster to women who protested against them when they arrived, so they could squash political resistance.

According to Esquire, the Central Intelligence Agency also took advantage of fear of the aswang in the Phillipines at the height of the Cold War.

Given that Aswangs are believed to be shape-shifters, animals often were assumed to be aswangs in a more terrestrial form. The sounds that are described as belonging to aswangs could very easily be birds. Animals such as the Tasmanian devil, bat, and kagwang (a flying lemur) have all been killed because they were thought to be aswangs in another state.

Another possibility is a rare genetic disease, which primarily affects Filipino men called XDP. This disease causes uncontrollable muscle spasms, tremors, and contortions. Photographs of people experiencing these symptoms are similar to some depictions of aswangs. The original home of the aswang is rumored to be the Capiz region, which also has the highest concentration of XDP cases.

Another possibility is that the aswang is the scapegoat for people who commit brutal murders. For people to blame a monster is often easier than reconciling the fact that a fellow human did something so awful. The tabloids feed into it by attributing crimes to aswangs also to boost their sales, but it also keeps the narrative alive.

They have also been used to explain stillbirths and miscarriages in the Philippines.

Whether a story to control people or a monster to be feared, the Aswang is something truly something out of humanity’s darkest nightmares.

After reading about the Aswang, read about another terrifying creature, the Chupacabra. Then, about the scariest mythological creatures.