The shoes belonged to a child named Amos Steinberg, who was deported to the camp with his mother in 1944. Neither survived. 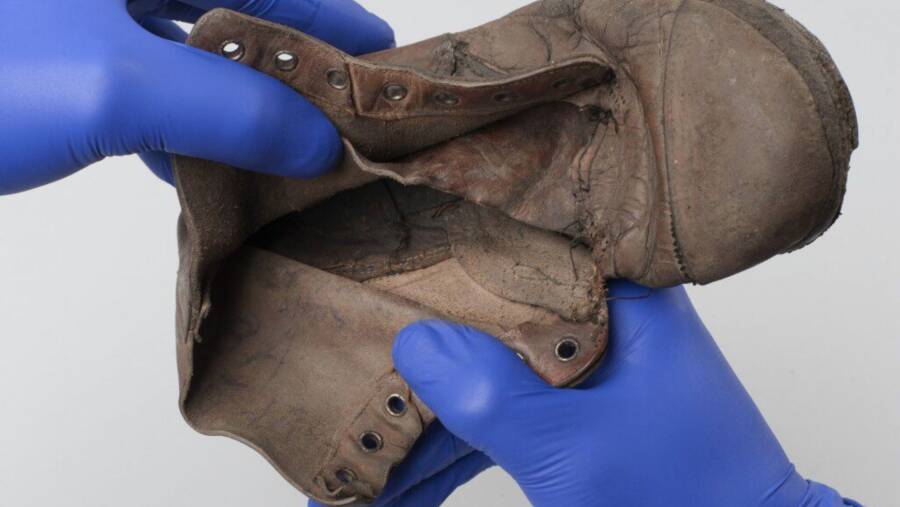 Memorial and Museum Auschwitz-BirkenauThis pair of shoes contained a child’s first and last name, mode of transport, and registration number.

Experts at the Auschwitz-Birkenau Memorial and Museum continue to uncover relics of the Holocaust to this day. Just this week, they found a pair of children’s shoes with a handwritten inscription detailing the child’s name, their mode of transport to the Auschwitz concentration camp, and their registration number.

According to Fox News, researchers were in the process of renovating Block 17 of Auschwitz’s main camp when they found the note stuffed into a pair of small shoes that belonged to Amos Steinberg, a six-year-old Czech boy who had arrived to Auschwitz in 1944.

“From surviving documents, it follows that the mother and her son were deported to Auschwitz in the same transport… It is likely that they were both murdered in the gas chamber after selection. We may presume that she was most likely the one who ensured that her child’s shoe was signed,” a statement by the Memorial and Museum explained. 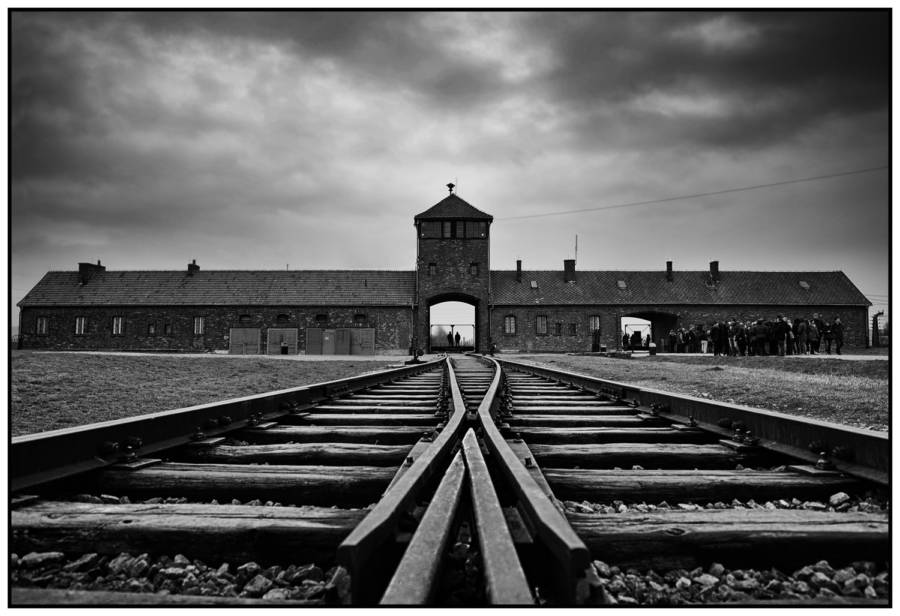 Auschwitz-Birkenau was made operational in 1940 and was essentially a complex of concentration camps, where Birkenau served as its primary extermination center. It is sometimes referred to as Auschwitz II.

More than 1 million men, women, and children were murdered here. Six-year-old Steinberg’s unspeakable end began with his incarceration in the Theresienstadt Ghetto on Aug. 10, 1942. Steinberg’s father was separated from them and was transferred from Auschwitz to Dachau in 1944.

According to Hanna Kubike from the Auschwitz Museum Collections, Steinberg’s father lived to hear of his son’s death, as he was liberated from the Kaufering sub-camp. 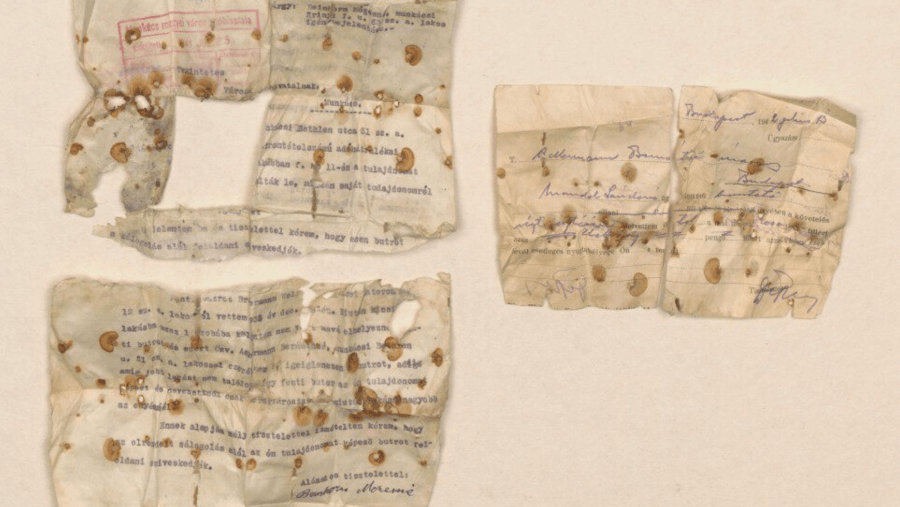 Along with Steinberg’s pair, another couple of shoes were found that contained documents written in Hungarian. Experts currently believe that these belonged to inmates who previously lived in Budapest as well as the city of Munkács in modern-day Ukraine.

“We already have shoes with such findings in our collections, but these are mainly newspapers, which were often used as insoles or additional insulation,” said Kubik. “This find is precious and interesting because the documents have been preserved in good condition and they contain dates, names of the persons concerned and handwritten captions. They date back to 1941 and 1942.”

Kubik explained that the papers include official documents, a piece of paper with a name, and part of a brochure. The documents included the names of Ackermann, Brávermann, and Beinhorn.

“They were probably deported to Auschwitz in the spring or summer of 1944 during the extermination of Hungarian Jews,” she said. “I hope that more in-depth research will allow us to determine the details of the individuals.” 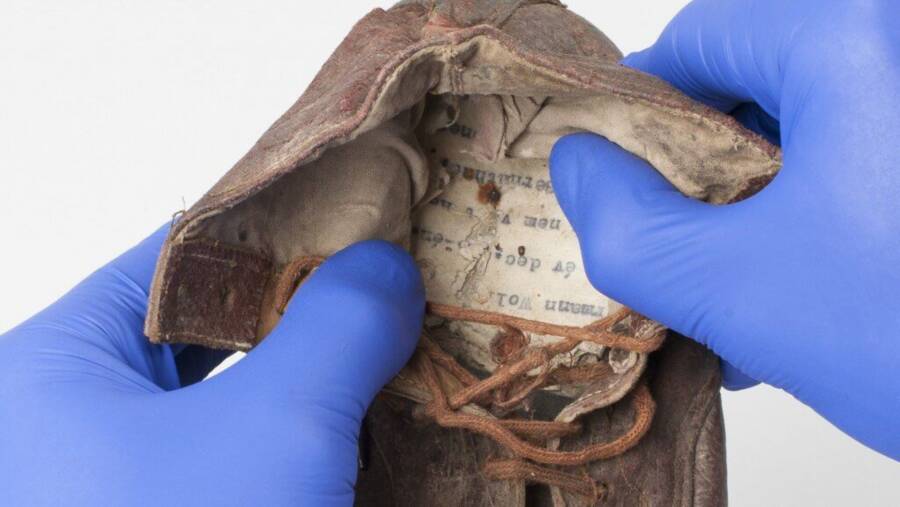 Memorial and Museum Auschwitz-BirkenauAll uncovered items are being prepared for further analysis by the Museum Collections department.

A great many items like this, which belonged to the myriad people killed in the concentration camp, are regularly on display. The shoes and their hidden documents will be sent to the collections department for preservation and analysis.

Meanwhile, these discoveries are only a small part of a slew of Holocaust-related artifacts found in recent years.

In September 2019, the secret Holocaust diary of a teenager named Renia Spiegel was found inside a New York bank vault after 70 years. There are plans to publish it. And most recently, archaeologists uncovered a literal treasure chest of silver near a Polish castle formerly occupied by the Nazis.

As artifacts from this period of inhumanity continue to be unearthed, they remind us of how cruel a species we can be, and hopefully challenge us to do better.

Next, read this letter that describes the horrors of Auschwitz. Then, see the faces of Auschwitz’s guards and find out who they were.