Meet Babe Didrikson, The ‘Texas Tornado’ Who Took The Sports World By Storm 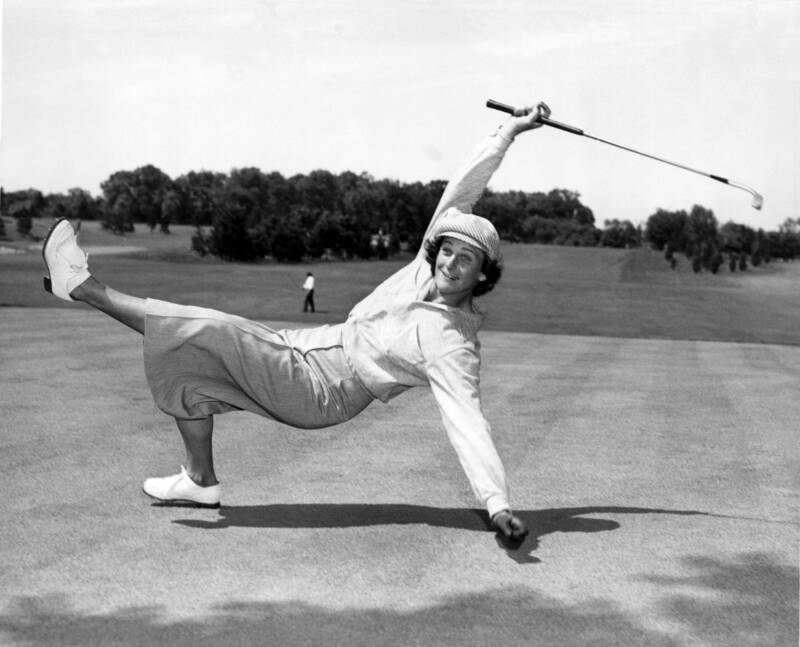 When Babe Didrikson decided to try out for the 1932 Olympics, she qualified for a whopping five events. But women at the time were only allowed to compete in three. So Didrikson made those three count.

As awed spectators looked on, she won medals in hurdles, high jump, and javelin competitions. Not only that, Didrikson set two world records and became the only athlete — ever — to win medals in all three categories.

For Didrikson, that was just the beginning. She was determined to become “the “greatest athlete who ever lived.” And she’d soon conquer the sports world beyond the Olympic arena.

Born in 1911 in Port Arthur, Texas, Mildred Ella Didrikson showed an early aptitude for sports. As a girl, she earned her nickname “Babe” after hitting five home runs in a single game. Her awed playmates compared her to baseball superstar Babe Ruth.

Girls weren’t supposed to play sports at the time. But Didrikson knew where her passion — and her skill — lay. By the time she was 12 or 13, she’d started dreaming of becoming the world’s “greatest athlete.”

She went from shining on the baseball field to dominating the basketball court. Her prowess so impressed the Employers Casualty Company of Dallas that they hired her as a secretary — so that she could play for their company basketball team, the Golden Cyclones.

Not only did Didrikson lead the team to victory in the Amateur Athletic Union (AAU) national championship in 1931, but she also started running track in the offseason. Fatefully, this led her to the Olympic tryouts in 1932.

At the 1932 AAU Championships in Evanston, Illinois, which determined the U.S. team, Babe Didrikson scored 30 points all by herself (the runner-up team, with 22 athletes, won just 22 points).

She also set four world records, won five of her eight competitions, and earned herself a place in the 1932 Olympics.

She was good. And she knew it. According to Don Van Natta, Jr., who wrote a biography of Didrikson called Wonder Girl: The Magnificent Sporting Life of Babe Didrikson Zaharias, “She would show up and say, you know, who’s going to come in second today, Babe is here!”

With her Olympic ticket in hand, Babe Didrikson soon brought her swagger to the world stage.

Though Babe Didrikson had qualified for five events, women could only compete in three. So Didrikson chose the javelin throw, the 80-meter hurdles, and the high jump. She dominated in every category. 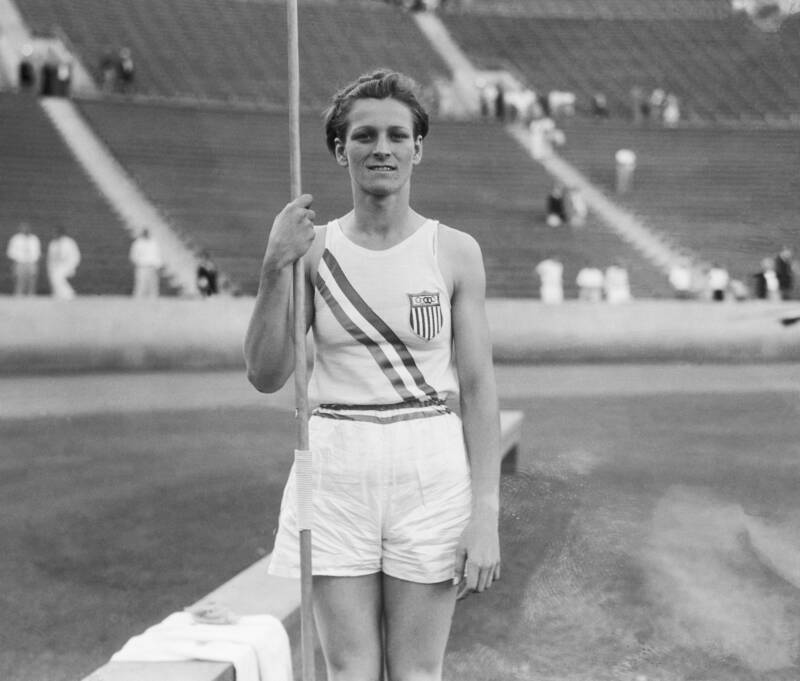 Bettmann/Getty ImagesBabe Didrikson took home the gold medal in javelin at the 1932 Olympics.

Though Didrikson settled for silver, she left the Olympics as a star. No one had ever won medals in javelin throw, hurdles, and high jump competitions before. And no one has since. 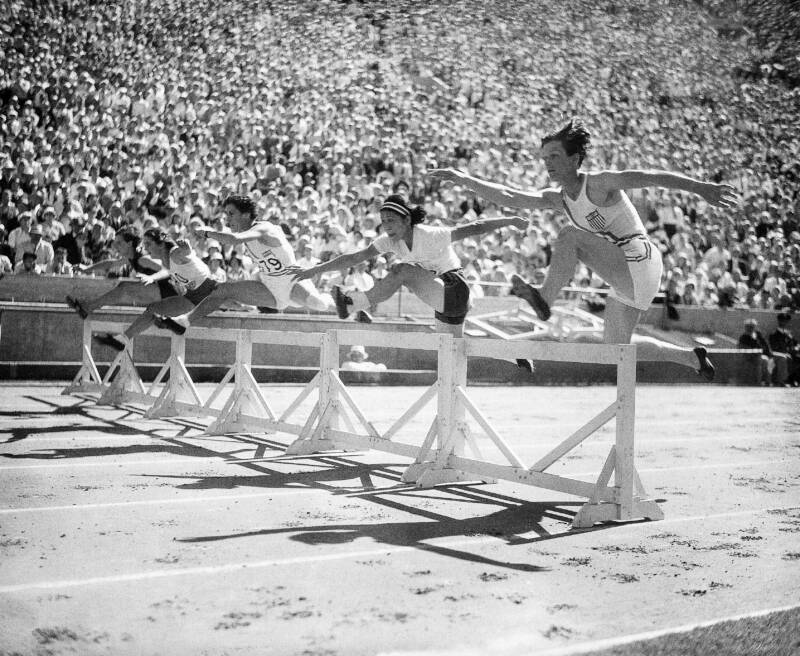 Babe Didrikson, raved sportswriter Paul Gallico was “the most talented athlete, male or female, ever developed in our country.”

“She is beyond all belief until you see her perform,” agreed Grantland Rice, another sportswriter. He called her athleticism “the most flawless section of muscle harmony, of complete mental and physical coordination, the world of sport has ever seen.”

And The New York Times swooned that: “Implausible is the adjective which best befits the Babe.”

But not all the press was positive. Some called Didrikson “muscle moll.” Joe Williams of the New York Telegraph even sneered “It would be much better if she and her ilk stayed at home, got themselves prettied up and waited for the phone to ring.”

Babe Didrikson didn’t heed her detractors. When asked if there was any sport she didn’t play, Didrikson shot back: “Yeah. Dolls.”

In any case, she’d already moved on to the next challenge. After dominating the Olympics, Didrikson started to eye the world of golf.

From Olympic Medalist To Golf Champion

Following a brief vaudeville career in which she performed as the “world’s greatest woman athlete,” Babe Didrikson turned her gaze to golf. And just like every other sport she’d touched, she quickly came to dominate the field. 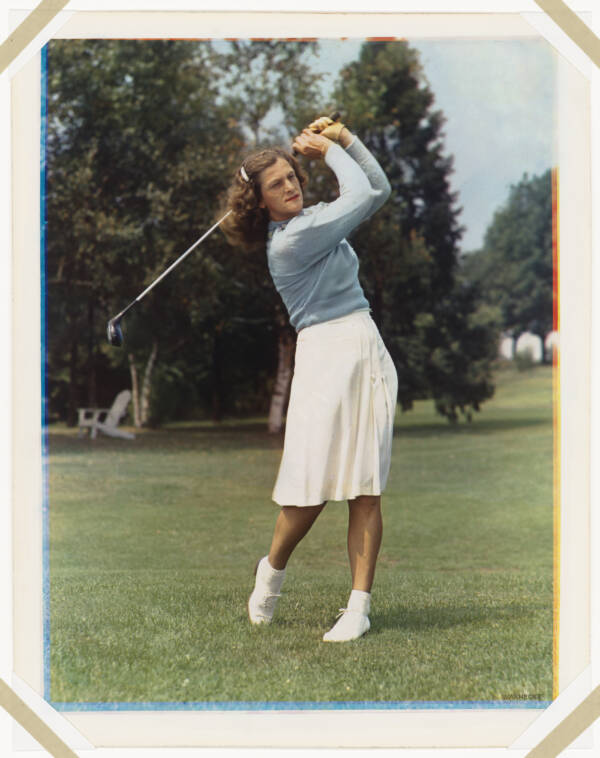 In 1935, Didrikson won the Texas Women’s Amateur, leading the U.S. Golf Association to complain that “for the best interest of the game,” the Olympic athlete should not be considered an amateur at all.

Their ruling proved serendipitous. Forced to play with the pros, Didrikson met wrestler George Zaharias at the Los Angeles Open in 1938. By the end of the year, she married him. 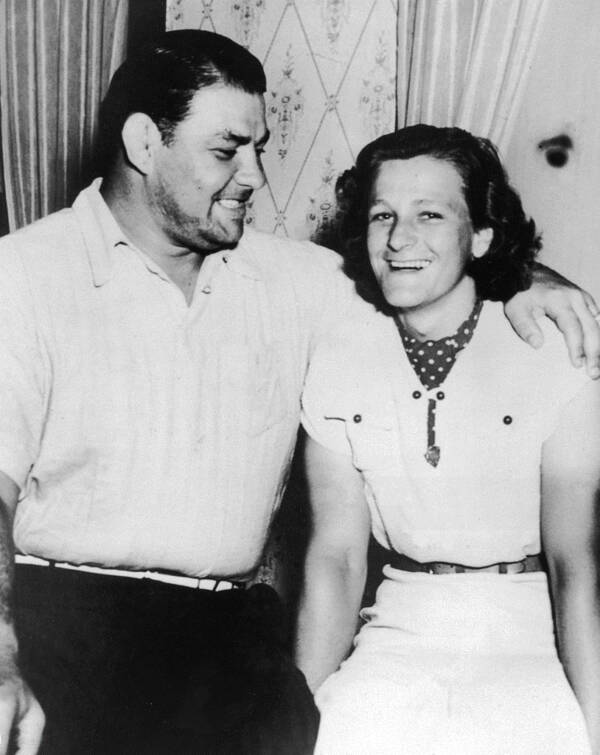 Meanwhile, Didrikson kept swinging her way to victory. “She must be Superman’s sister,” whispered a spectator watching Didrikson win the British Ladies’ Amateur Championship. Didrikson herself, when asked how she could hit a golf ball so far, quipped: “You’ve got to loosen your girdle and let it rip.”

By the end of her golf career, Didrikson had won 55 tournament victories and three U.S. Women’s Opens. She also, alongside her husband and others, co-founded the Ladies Professional Golf Association in 1949.

But dark clouds were on Babe Didrikson’s horizon. Even as she racked up her golf championships, she’d begun to struggle with incurable colon cancer.

In 1953, Babe Didrikson learned she had cancer. In true fashion, she went on to win the U.S. Women’s Open the next year. But she couldn’t stop the progression of the disease.

On Sept. 27, 1956, the Olympic athlete, golf champion, and all-around athletic powerhouse died in Galveston, Texas. She was just 45 years old. 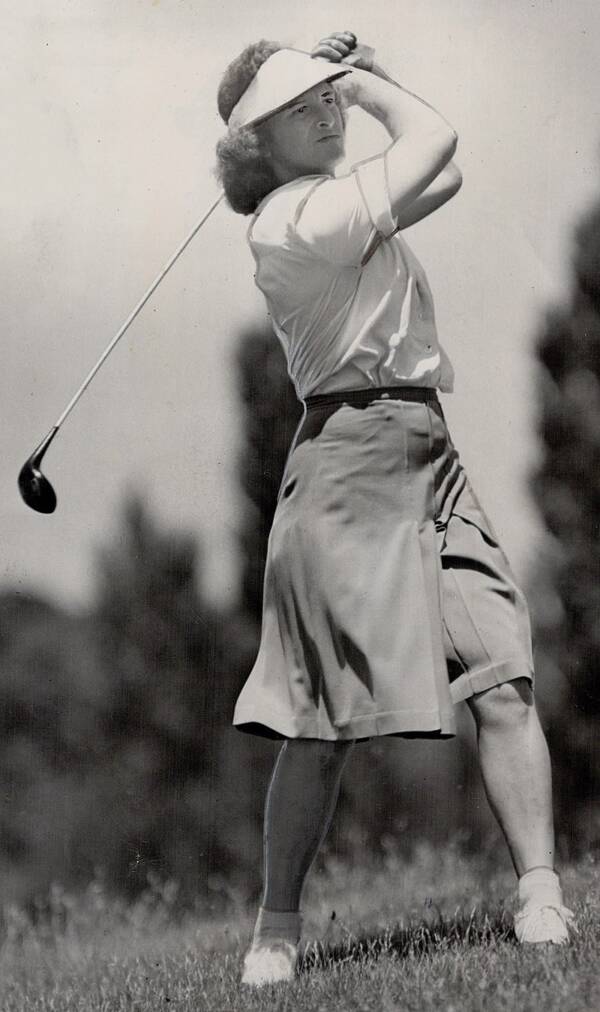 Toronto Star/Wikimedia Commons“She hits ’em like we do,” remarked a male golfer on Babe Didrikson.

She was more, Gallico said, than a natural athlete. “Much has been made of Babe Didrikson’s natural aptitude for sports, as well as her competitive spirit and indomitable will to win,” he wrote.

“But not enough has been said about the patience and strength of character expressed in her willingness to practice endlessly, and her recognition that she could reach the top and stay there only by incessant hard work.”

Since then, Babe Didrikson has largely faded from history. But she burned brightly during her short, remarkable life, and her accomplishments — on the baseball field, the basketball court, the golf course, and other arenas — helped pave the way for the female athletes of today.

In that way, she was a champion for more than just herself.

After reading about Babe Didrikson Zaharias, learn about more of the greatest female athletes in history. Or, check out the story of Katherine Switzer, the first female marathon runner.