By All That's Interesting | Checked By Kaleena Fraga

From the Great Pyramid of Giza to the Lighthouse of Alexandria, take a breathtaking journey through the Seven Wonders of the Ancient World.

The list of the Seven Wonders of the Ancient World was compiled by the Greek writer Antipater of Sidon in a poem in 140 BCE. He, along with Philo of Byzantium, Strabo, Herodotus, and Diodoros of Sicily, is responsible for providing the descriptions of these sites.

Though only one of the Seven Wonders of the Ancient World remains intact, these gardens, statues, and tombs were the crème de la crème of ancient times:

The Seven Wonders Of The Ancient World: Great Pyramid Of Giza, Egypt 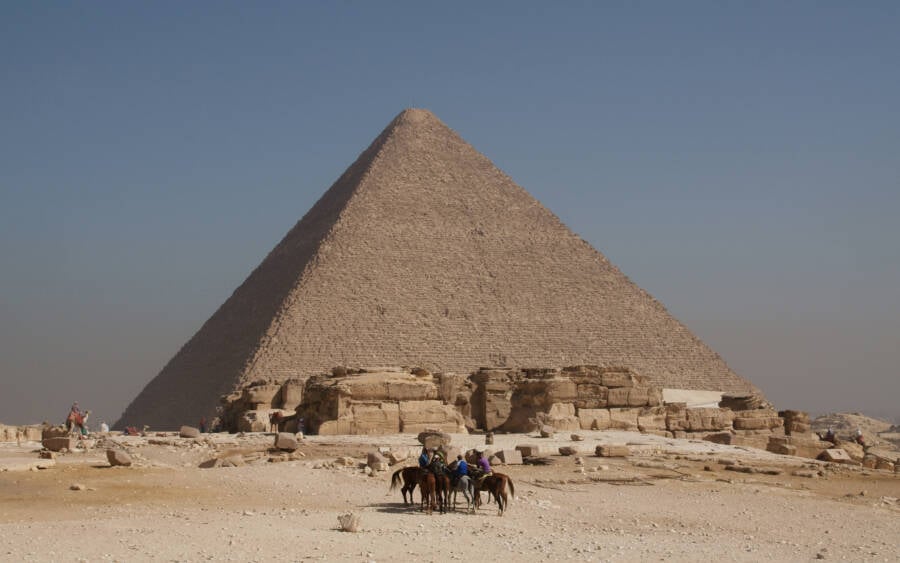 The Great Pyramid of Giza was built as a tomb for the Egyptian pharaoh Khufu in 2560 BCE. The 481-foot monument was built over a 20-year period with two million blocks of stone — each weighing an average of more than two tons.

For nearly four millennia, it remained the tallest building in the world. It lost that title only in the Middle Ages when the English Lincoln Cathedral surpassed it in 1300. 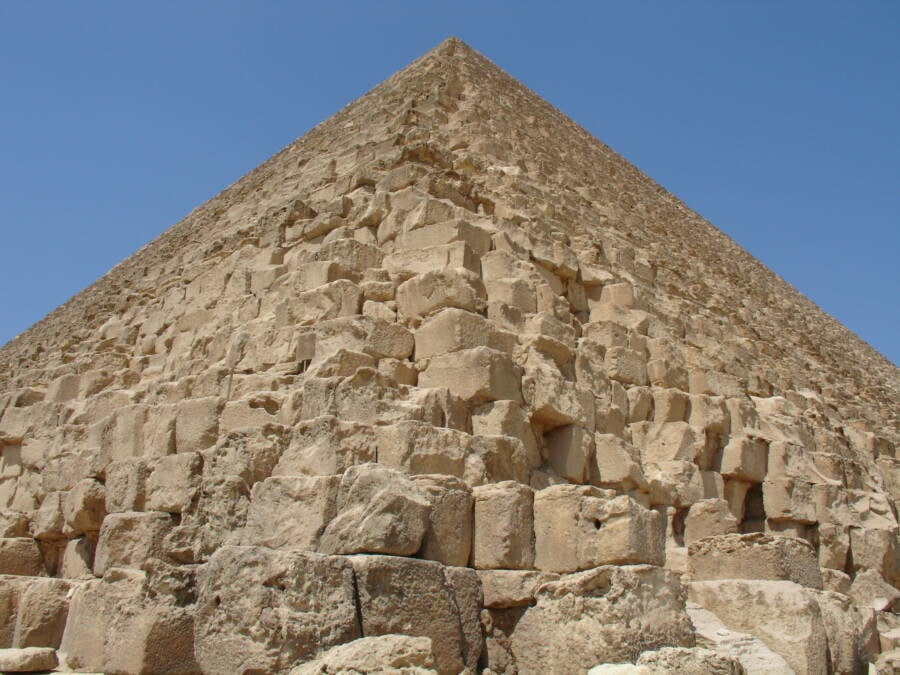 The interior has three chambers – the King’s Chamber, the Queen’s Chamber, and the unfinished lowest chamber – and ascending and descending passages.

What we see today isn’t quite the wonder the ancients would have beheld. On the day it was finished, the pyramid’s surface would have been smooth and pale — but time has worn away the limestone casing, fragments of which can still be seen toward the great structure’s base.

The original Great Pyramid was also 20 feet taller than it is today; we’re missing its pyramidion, the sacred capstone that would have crowned the tomb. 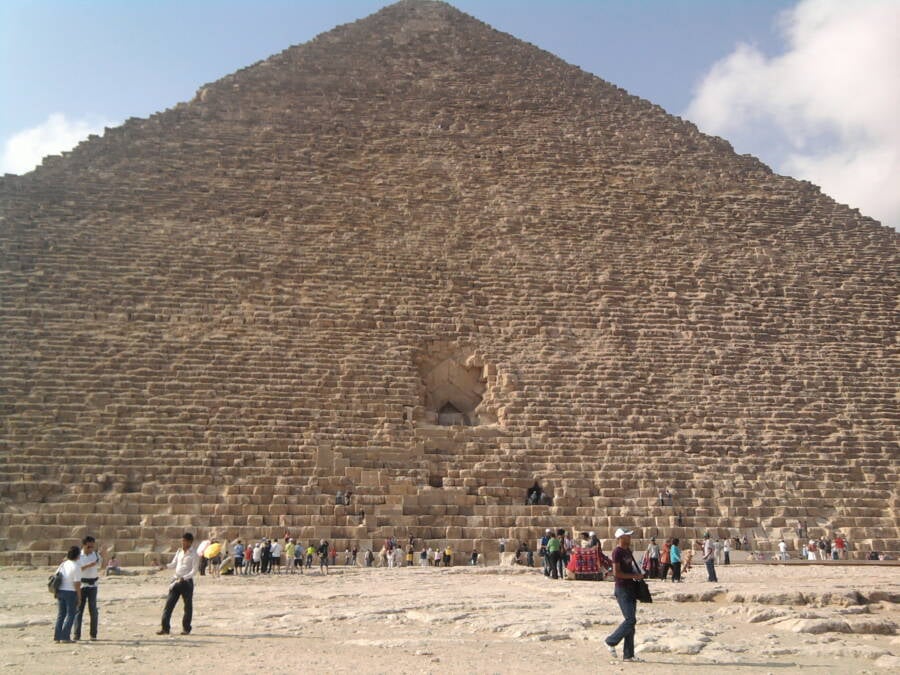 Johnny 201/Wikimedia CommonsThe base of the pyramid.

The Great Pyramid of Giza is also a wonder in the literal sense — the mystery of how it was built has puzzled historians and archaeologists for millennia.

Its stones come from distant quarries, some as far as 500 miles away, and the pyramid itself was built with astonishing precision; the structure’s measurements are as accurate as a 21st-century architect with modern tools could achieve.

And yet the ancient Egyptians didn’t have wheels, pulleys, or even iron tools. So how did they manage to transport, lift, and shape the stones?

Like thousands before them, today’s archaeologists continue to hope they will unearth the answer.

For now, the world will have to be content to marvel at the Great Pyramid, which is both the oldest of the ancient wonders and, curiously, the only one still standing.