During WWII, Japan Tried To Kill People On U.S. Soil With Balloon Bombs — And Succeeded

How Japan sent bombs thousands of miles across the Pacific and brought World War II to the American homefront. 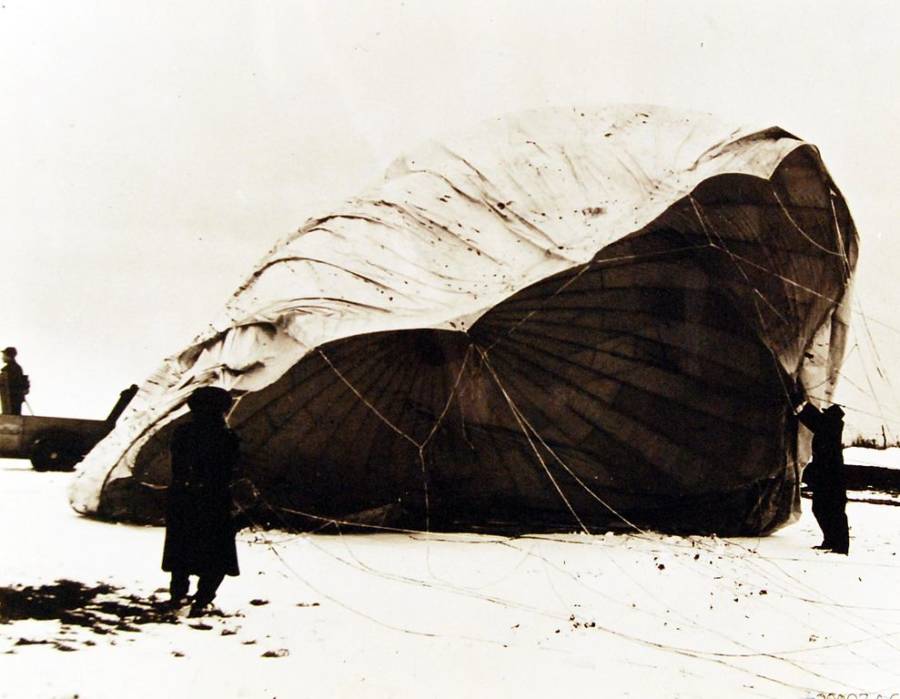 There were more than 400,000 American casualties during World War II, and believe it or not, six of them actually occurred on continental U.S. soil.

During the war, the Japanese developed a rather unorthodox plan to attack American civilians right on their home turf. Taking advantage of the easterly winds, the Japanese created “fire-balloon bombs” that would drift across the Pacific, carried by hydrogen power, and explode over the western United States.

On May 5, 1945, three and a half years after Japan’s bombing of Pearl Harbor, and three months before the atomic bomb was dropped on Hiroshima, one of these Japanese balloon bombs actually did explode in rural Oregon, killing six people.

Wikimedia CommonsJapanese balloon bomb re-inflated at Moffett Field, California after it had been shot down by a Navy aircraft. January 10, 1945.

Reverend Archie Mitchell was driving his wife, Elyse, and her Sunday school class, to a picnic near Klamath Falls, when his wife began to feel sick. She was pregnant at the time, so her husband pulled over to give her a moment.

As Mitchell chatted with a nearby construction crew about local fishing conditions, Elyse and her class momentarily wandered off. When they were about 100 yards from the car, he heard her shout.

“Look what I found, dear,” he remembered her saying.

It was one of the construction workers that recalled what happened next. 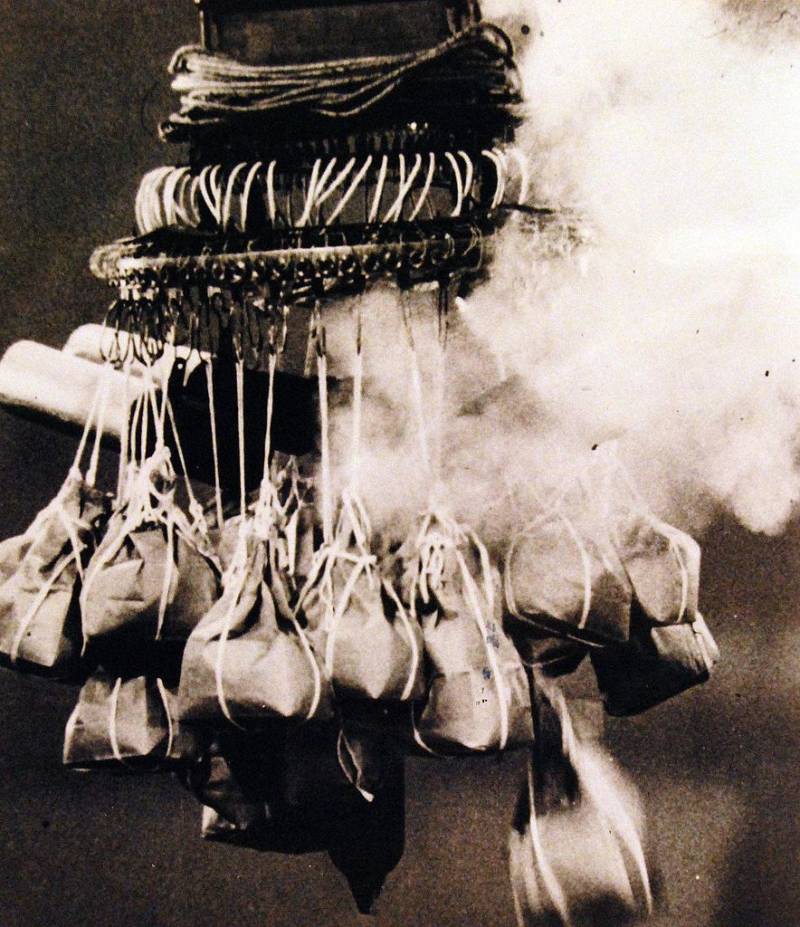 “There was a terrible explosion,” a worker named Richard Barnhouse said. “Twigs flew through the air, pine needles began to fall, dead branches and dust, and dead logs went up.”

When Mitchell, Barnhouse, and the rest of the crew got to the scene, four of the children were dead, along with Elyse, whose dress was on fire. The fifth child, Joan Patzke, survived the initial blast but died several minutes later from her injuries.

Thus these schoolchildren and their teacher became the only known victims of Japan’s fire balloon campaign. 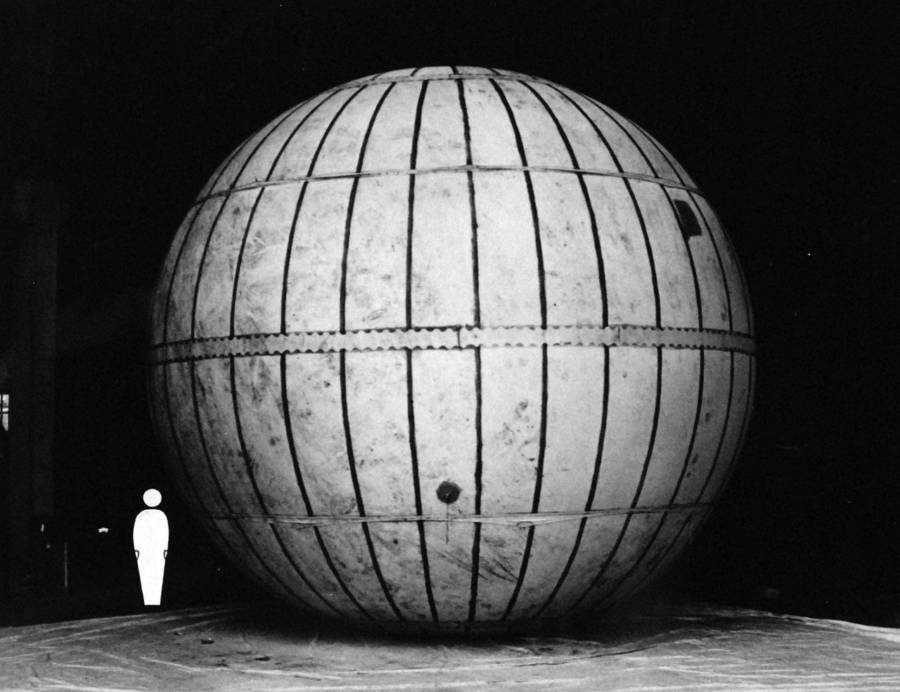 Wikimedia CommonsRecovered Japanese balloon, with a rendering of a human added for scale. Date unspecified.

The balloons were about 33 feet in diameter and made of rubberized silk or paper. Each one contained a barometer-operated valve that would release hydrogen if the balloon gained too much altitude, as well as sandbags that would be dropped if the balloon dipped too low.

Despite the Japanese releasing an estimated 9,000 of these fire balloons, only 342 reached U.S. soil. Most of them landed along the West Coast, however, some of them drifted as far inland as Nebraska.

Most of them were shot down, and the rest fell on their own. 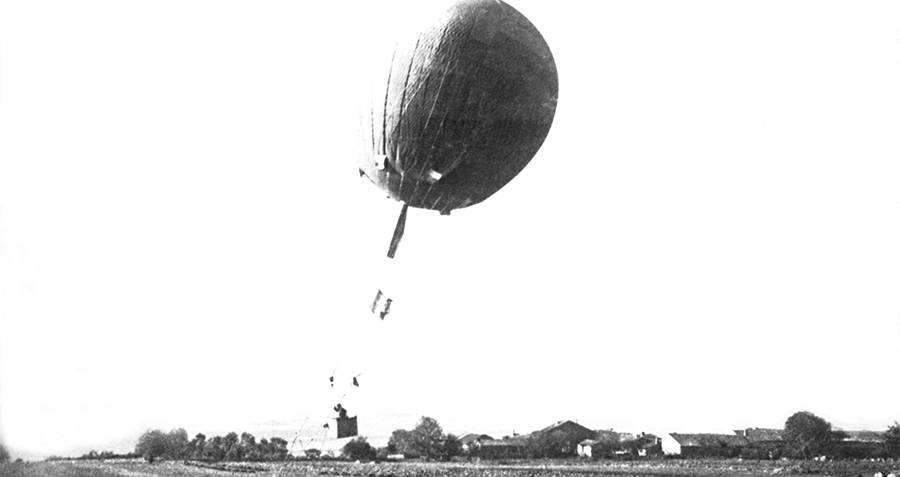 Underwood Archives/Getty Images Balloon bomb of French design, similar to the ones designed by the Japanese. 1914.

It is unknown if the Japanese planned to release more of them, given that, several months after the explosion in Oregon, the United States dropped the atomic bomb on Hiroshima and World War II came to an end.

Aside from the single explosion in Oregon, none of the balloons caused any real damage when they landed. One hit a power line and caused the temporary blackout of the nuclear-weapons plant in Hanford, Washington, but no injuries were sustained, leaving the Oregon victims as the only six people killed in the continental U.S. during World War II.

Next, check out these stunning, rarely-seen photos of World War II in color. Then, read about some of the most pervasive World War II myths that we all need to stop spreading.