Poetry challenges known as 'flyting' duels were the medieval equivalent of the modern-day rap battle. 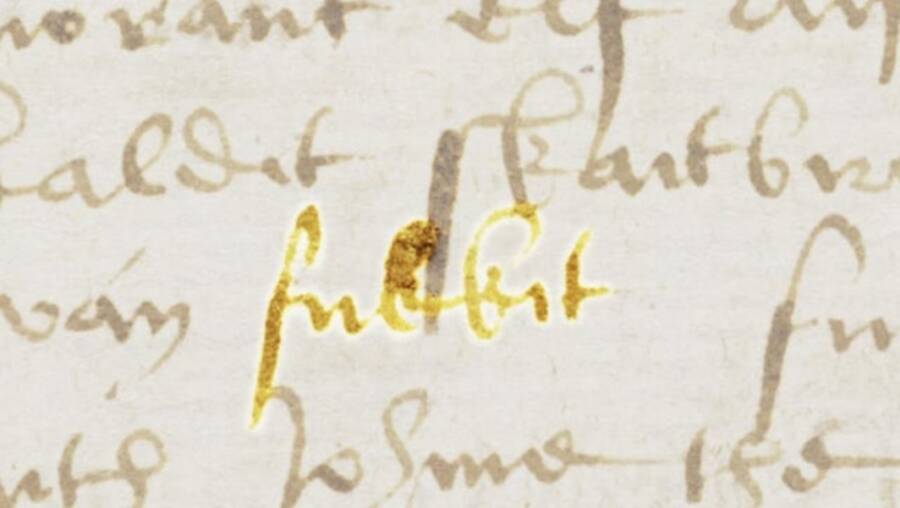 Centuries ago, during a plague lockdown in Edinburgh, a bored student poet put pen to paper. The result became a collection of 400 poems featuring the works of numerous Scottish writers.

The anthology contains a poem that historians believe is one of the earliest recorded uses of the F-word in the English language.

According to local news outlet The Scotsman, the written F-bomb appears in a 16th-century manuscript known as the Bannatyne Manuscript. It was compiled by George Bannatyne and features his work alongside that of other writers.

As linguistic expert Joanna Kopaczyk from Glasgow University puts it in a forthcoming BBC documentary about the historic manuscript, the document contains “some very juicy language,” a sentiment echoed by the National Library of Scotland where the document is kept.

“It has long been known that the manuscript contains some strong swearwords that are now common in everyday language, although at the time, they were very much used in good-natured jest,” a spokeswoman for the National Library said of the Medieval manuscript. 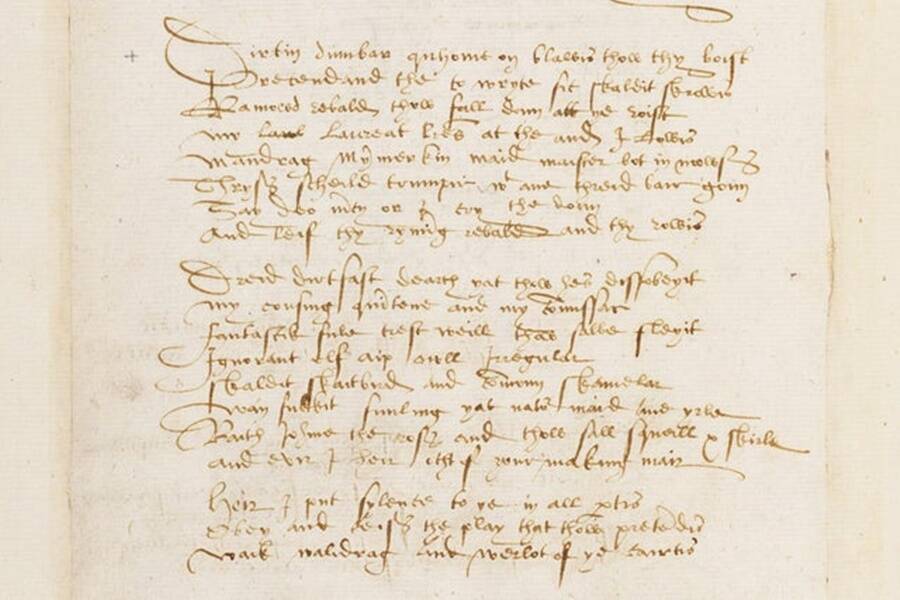 Back then, these exchanges of banter were called “flyting” duels and usually occurred between two poets — akin to the knock-downs exchanged during a modern-day rap battle.

In the Bannatyne Manuscript, a word battle titled The Flyting Of Dunbar And Kennedy, written by the poet William Dunbar of a duel with Walter Kennedy, features the insulting phrase “wan fukkit funling.”

The Flyting Of Dunbar And Kennedy is said to have been held before the court of King James IV of Scotland sometime around 1500, making “fukkit” one of the first recorded use of the f— word anywhere in the world.

In 1568, George Bannatyne, a merchant who was then a student at St Andrews, compiled the writings when the plague hit Edinburgh, forcing its residents into lockdown to contain its spread.

At the time, Europe was in the grip of the Black Plague which tore through the continent for decades before it finally began to subside in the late 1700s. 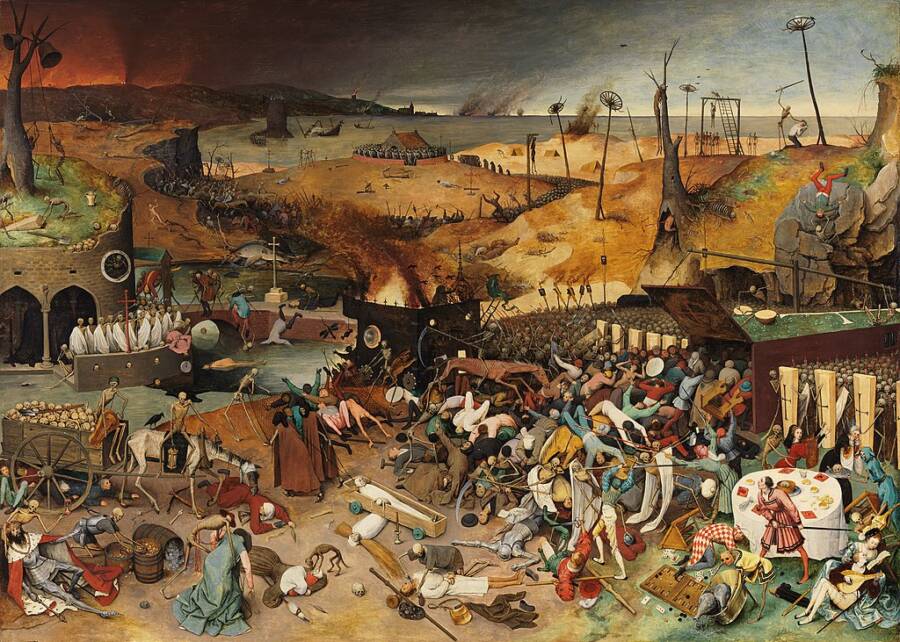 Public health measures such as citywide lockdowns and 40-day quarantines on traded goods were put in place to slow the spread. Sadly, by the end of its peak, the Black Plague had decimated 60 percent of Europe’s population, cementing it as one of the worst pandemics in world history.

Many credit Bannatyne’s boredom during his town’s lockdown as the motivation behind his poetry compilation project. Now, centuries later, the Bannatyne Manuscript is a historic piece of Scottish Medieval literature.

While many of the poems have been printed in other earlier manuscripts, the Bannatyne Manuscript’s unique anthology as a whole is of historic importance.

The Medieval document is considered “one of the most important surviving sources of Older Scots poetry,” the library’s spokeswoman told IFLScience.

The physical manuscript was kept by the descendants of George Bannatyne until it was donated to the Faculty of Advocates — a predecessor to the National Library — in 1772. 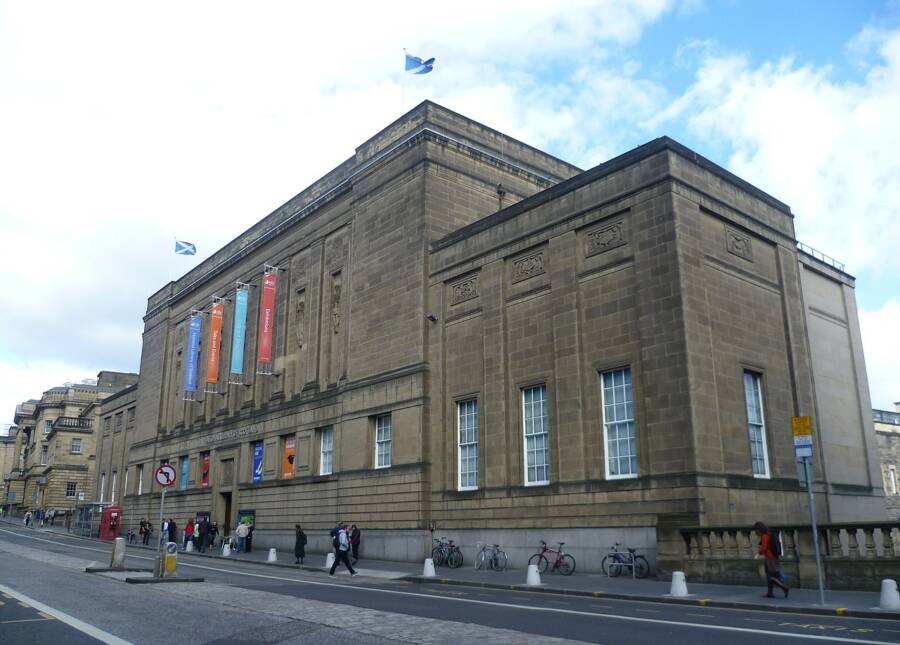 “It might never quite make the tourist trail, but here in the National Library we have the first written ‘f—’ in the world. I think that’s something to be proud of,” Kopaczyk says.

But the Bannatyne Manuscript isn’t quite the oldest written record of the f-bomb.

The curse word was first cited in an English court case in 1310 of a man named Roger Fuckebythenavele whose peculiar name was believed to be a reference to “an inexperienced copulator… someone trying to have sex with the navel, or it’s a rather extravagant explanation for a dimwit, someone so stupid they think that this is the way to have sex.”

The discovery was made accidentally by Paul Booth, a former lecturer in Medieval history and an honorary senior research fellow in history at the UK’s Keele University.

Booth, who initially thought the name was a joke by the court clerk, stumbled upon it while combing through a set of Chester County court documents during his research on the reign of Edward II.

Prior to that, another historic incident with the f— word was the phrase “O d fuckin Abbot” which was scrawled by a monk in the margins of a manuscript by Cicero in 1528 — 40 years before the creation of the Bannatyne Manuscript.

Next, read about the 12th-century poem about a virgin arguing with her vulva uncovered from an Austrian monastery and learn about the 15th-century etiquette book that told kids not to be greedy with cheese or pick their nose.