Her Sister Died Of Spanish Flu. 102 Years Later, She Died Of COVID-19

The COVID-19 pandemic has claimed the lives of at least 40,000 Americans. Among them, the sister of a 1918 Spanish flu victim — who died alone at an assisted living facility in Texas. 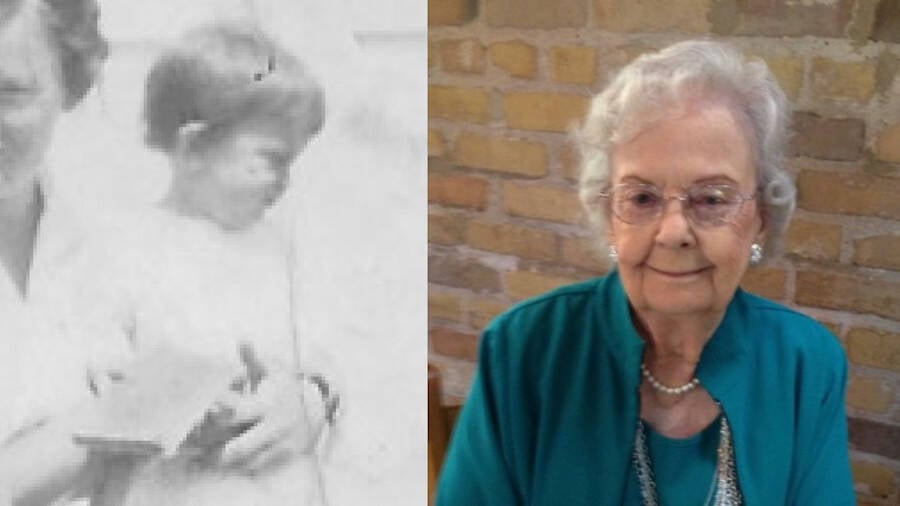 Twitter/KXANSelma Esther Ryan wasn’t even born when her sister Esther died of the Spanish flu at age five.

More than 40,000 people in the United States have died so far as a result of the coronavirus pandemic.

The death of 96-year-old Selma Esther Ryan puts the outbreak in stark historical context more than any other — as her sister died from the Spanish flu over a century ago in 1918.

According to Fox News, the Texas woman died in an assisted living facility in Austin last week. Ryan hadn’t even been born when her sister Esther met a similar fate and succumbed to the 1918 influenza at the age of five.

According to WGN-TV, it was the harrowing end-of-life precautions associated with the new virus that were most devastating to her surviving relatives.

“On April 3, I got a call from the facility that five residents, including my mother, were running a temperature,” said Ryan’s daughter Vicki. “Over the next five days I watched through the window as she got sicker and sicker. It was so hard not to be with her.” 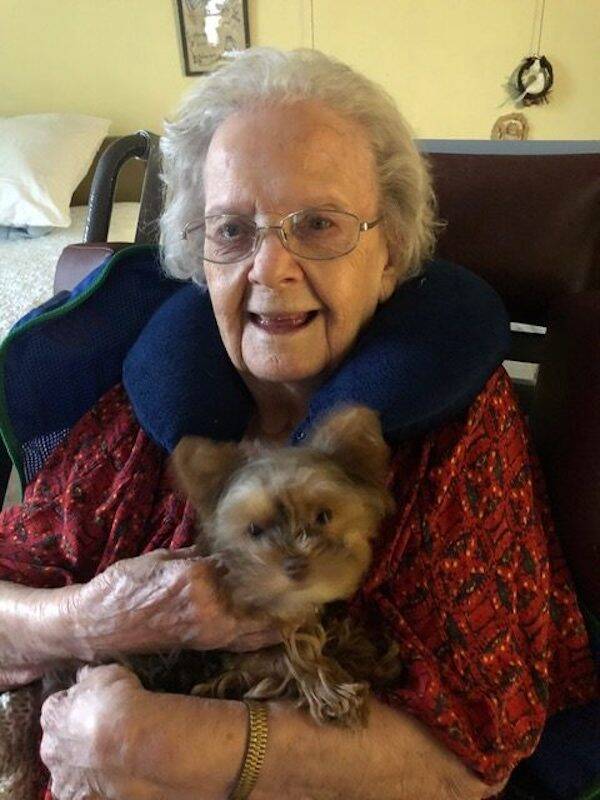 KXANSelma Esther Ryan was running a fever, alongside four other residents at her assisted living facility, before she died.

“Her 96th birthday was April 11. Our family gathered outside her window, but it was obvious something terrible had happened,” said Vicki.

The mourning daughter explained that the Travis County Medical Examiner’s Office confirmed Ryan had tested positive for COVID-19. While the elderly woman was only tested after she had already passed away, her symptoms and blood testing confirm the virus caused her death.

Ryan was born in Hurnville, Texas in 1924. Her family farm was eight miles south of the Oklahoma border. She lived much of her adult life in San Antonio before moving to the assisted living center in Austin three years ago.

Unlike COVID-19, which seems to be especially dangerous to older people, the virus that killed her sister in 1918 was particularly deadly in young children. 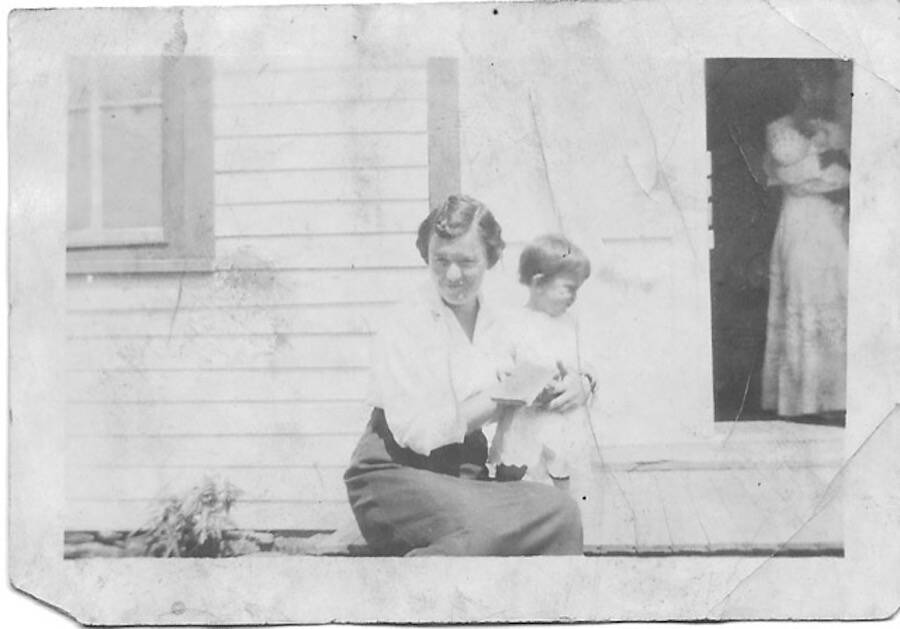 Twitter/KXANEsther Hoeffner with her mother in Texas, at the tail end of World War 1.

It’s estimated that the Spanish flu infected around 500 million people — which comprised one-third of the planet’s population at the time. According to the Centers for Disease Control and Prevention, at least 50 million people around the globe died from the virus, which continued its devastation until 1920.

An estimated 675,000 of those fatalities occurred in the United States.

In 1918, as today, responses to the pandemic included quarantine, isolation, and limiting public gatherings. Like COVID-19, the virus that caused the 1918 pandemic was a novel virus, meaning the population had no prior immunity.

While the 1918 outbreak that killed Esther turned out statistically worse, the coronavirus currently ravaging the planet is undeniably comparable. As it stands, more than 2.4 million people have been infected and 165,200 have been killed by COVID-19.

America has seen a rapidly growing share of those deaths. With a lack of equipment for hospitals and staff and states fighting to outbid each other for ventilators and protective equipment — the figures are a clear reflection of a nation caught unprepared. 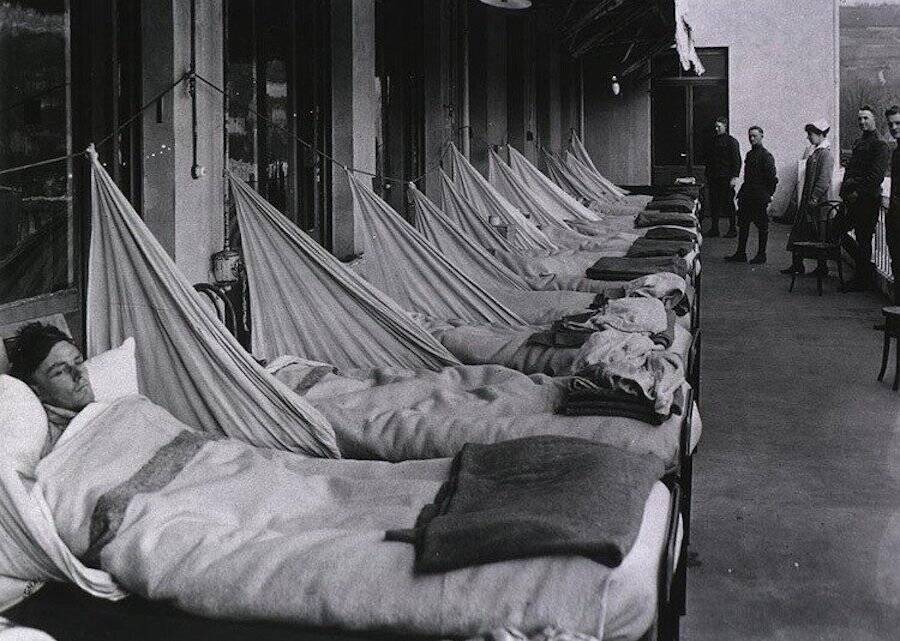 Fine Art AmericaIn 1918, modern medicine was still in its infancy. Many misunderstood how individuals could contract and spread the illness, with doctors often misdiagnosing it as a cold.

The elderly and those with pre-existing health conditions are most biologically vulnerable to COVID-19. Meanwhile, the poor, minorities, and essential workers forced to commute to work are also vulnerable due to the economic framework in the U.S.

Though stimulus checks are being doled out and many citizens have been fortunate enough not to economically suffer from the social distancing guidelines — millions are left with no other choice but to take public transportation to work and risk their lives to get paid.

Perhaps most tragic is the fact that social distancing applies even more when a patient is exhibiting coronavirus symptoms. Thousands have been forced to die alone, like Selma Esther Ryan, separated by glass from their families helplessly looking on.

After learning about the sisters who died 102 years apart from two separate pandemics, read about the poisonous coronavirus “cure” touted on social media killing hundreds in Iran. Then, learn about the art thieves who stole three paintings valued at $12 million from a gallery shut down due to COVID-19.