What About The Dancing?

Honeybees have a brilliant means of communicating the location of pollination potential to the rest of the hive: they dance. It’s called the “waggle” dance, and it’s not quite twerking…but it’s not that dissimilar, either. After a particular foraging mission, the honeybees can zip back to the hive and, via their well-choreographed dancing language, tell the next round of worker bees where to go–or avoid.

OK, The Dance Is Pretty Cool. But Do Bees Die If They Sting You?

Some bees will die after their stingers send you shrieking from the garden, but it’s a myth that all stinging bees have barbed stingers—and thus die when they sting because the stinger gets ripped off.

Worker honeybees are the only bees with barbed stingers–and yes, if they sting you, they will die, because pulling themselves away from their stinger will eviscerate them. Some bees have such tiny, miniscule stingers that they are effectively “stingless bees.” Even if they attempted to sting a target, it would be moot.

In general, bees don’t do a lot of stinging, barbed stinger or not. Stinging is reserved for only extremely threatening situations—particularly where the Queen’s wellbeing is concerned. For the lone bee, it’s far better to just “buzz off” and avoid a fight—especially during the summer months when they are apt to live around six weeks, since they essentially work themselves to death pollinating. 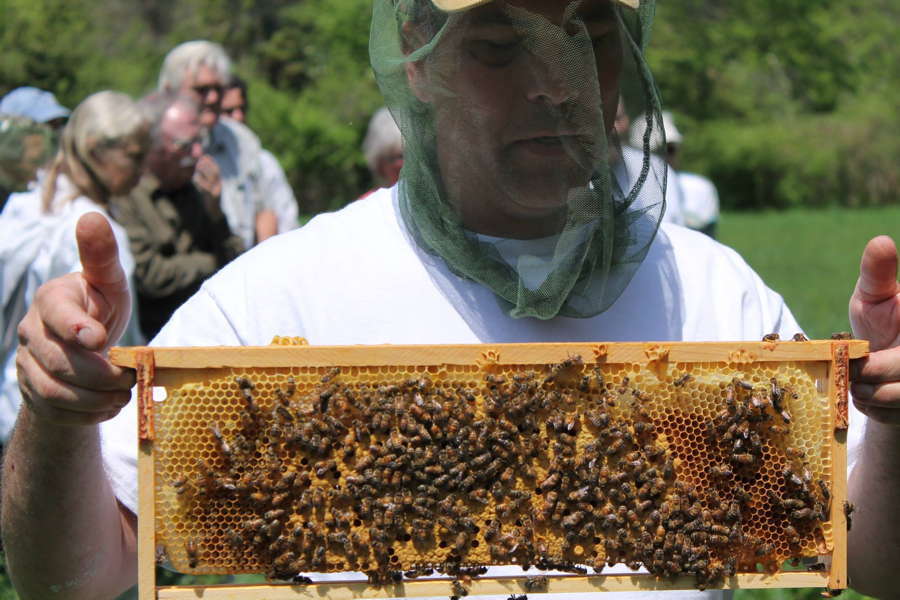 Over the last few years bees were making headlines because, for reasons science couldn’t fully explain, they were dying in droves. In a Time Magazine article, one journalist referred to bees as “the country’s smallest and most indispensable farm workers”—which gives you some idea about why we should be more worried about their disappearing act.

The culprit, so far as beekeepers could ascertain, was something called Colony Collapse Disorder, a combination of three primary factors affecting the survival of honeybees. The first, a mite called Varroa destructor, is exactly that: it destroys the honeybees vampirically by sucking its blood. The second, the overwhelming use of pesticides, effectively poisons honeybees as they attempt to pollinate.

The last, a lack of proper nutrition, is mostly our fault. Our manicured lawns, super-crops and other money-making, non-natural sources of creating our foodstuffs is stripping the planet of valuable natural spaces that honeybees used to thrive in. Their only hope, it seems, are the devoted beekeepers who invest time, money and energy into creating habitats for them — often in their own backyards.

We can’t go so far as to blame pesticides for the entirety of the “bee-pocalypse”–in many parts of the world, bee colonies are actually thriving–and make the bee’s swan song into the poster-image for environmentalism, but what we can do is take the opportunity to educate ourselves on these marvelous creatures while there’s still a great deal of buzz about them in the media.