Somebody In Texas Killed 600,000 Bees After Setting Their Hives On Fire

"It's bad enough to think in today's world this would happen but dumping them over and then setting fire to them is beyond comprehension." 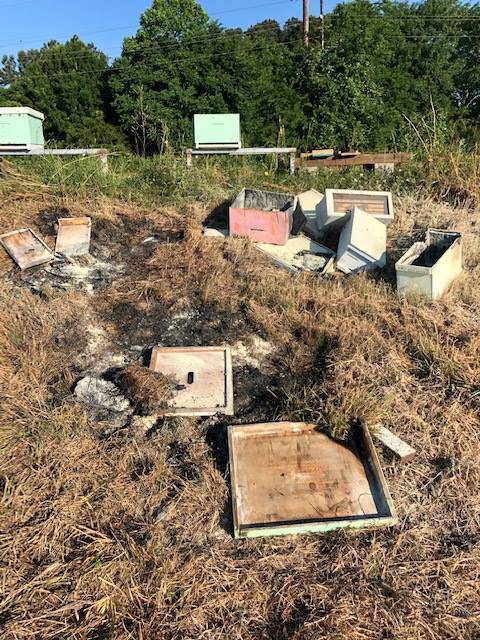 At 2 a.m. on April 27, a sheriff’s deputy on patrol in Brazoria County, Texas discovered 20 beehives engulfed in flames. According to The New York Times, the sheriff’s deputy quickly grabbed an extinguisher out of his patrol vehicle and tried to put out the flames.

Despite the officer’s best efforts, most of the hives were severely burned with roughly 600,000 bees killed in the process. In addition to the arson, some of the hives on the local beekeeping plot had been tossed out into a nearby pond or thrown across the field.

This case of deliberate beehive destruction has left the local community stunned and saddened.

“I was just in shock that somebody would actually do that,” said Steven Brackman, the president of the Brazoria County Beekeepers Association. “That’s what we don’t understand. Three years they were there, and most neighbors know about it.” 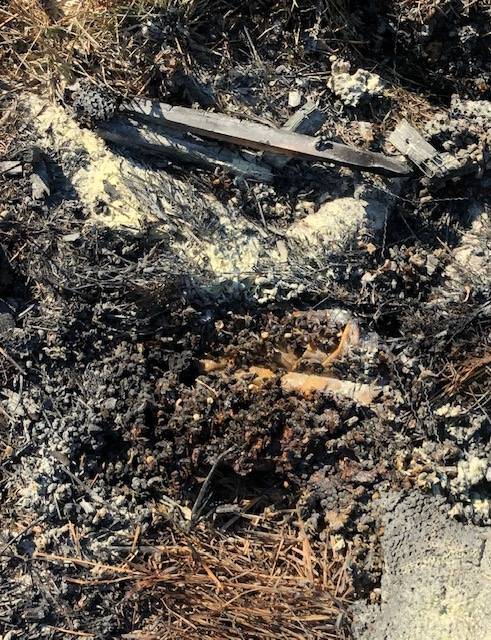 All 24 colonies located at the plot were under the care of the organization, whose 300 beekeepers are among one of the 50 beekeeping groups in Texas. Twenty hives were either burned, drowned, or entirely busted apart.

Collectively, the bees that were killed belonged to four owners, who were hobbyists just getting started in beekeeping. Some had gone into the beekeeping business as a learning experience, while others wanted to begin selling their own honey at a market nearby.

Eight of the hives — housing about 60,000 bees each — that were destroyed belonged to 69-year-old Sam Degelia. The retired welder had been raising colonies of Buckfast bees and selling their honey at the local farmer’s market to supplement his income.

His small honey operation gave him an extra $8 for every pound of honey that was sold. But now, thanks to the fire, Degelia has suffered almost $8,000 in losses.

“I don’t want to say it’s like losing a kid, but you put all your hard work and pride in it, and somebody kicks the bucket from under you,” Degelia said. “First there is the shock of losing the bees, and then you say, ‘Well, there goes my honey flow.'”

The beekeepers association has likewise put out a statement on Facebook, expressing their own utter disbelief.

“It’s bad enough to think in today’s world this would happen but dumping them over and then setting fire to them is beyond comprehension,” the post read. “Club has offered a reward to lead to conviction and anyone with info please forward it to the sheriff’s office.”

Last night someone did major damage to a BCBA Bee Yard in Alvin last night. Its bad enough to think in todays world this…

Local authorities have struggled to make sense of the heinous act, especially in light of the worrying bee colony collapse disorder epidemic that has swept the U.S. in recent years, in which workers bees abandon a hive for unknown reasons, leaving the local ecosystem in trouble due to the lack of bees there to pollinate.

Unfortunately, in this case, there was not much evidence left at the scene of the bee slaughter for investigators. The beekeeping site was located in an isolated three-acre patch of land on the outskirts of the city of Alvin with the closest residence about 50 yards away. On top of that, no surveillance cameras were ever installed, leaving authorities with no footage to examine.

For now, Brazoria authorities still don’t know if the vandalism was carried out by a single culprit or if there were more.

To that end, the department is looking to its residents to help solve the case, offering a handsome sum of up to $5,000 for any information or tips. In addition to that sum, the beekeepers association is offering a $1,000 reward as well. 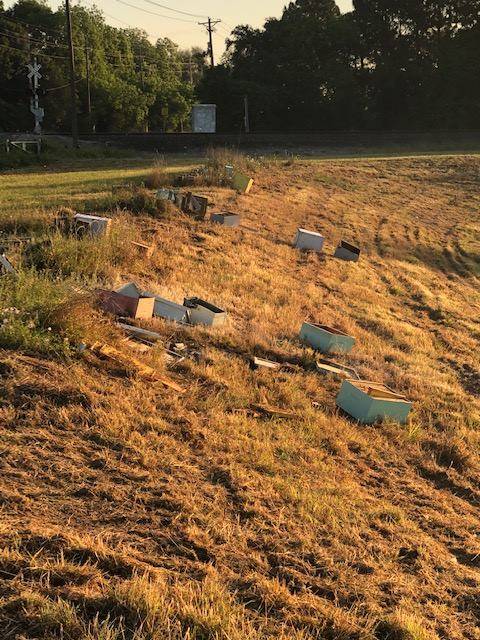 The four hives that survived the wreckage may not fully recover from the incident. The remaining colonies, what little is left, cannot function without their queens, which beekeepers have not been able to locate.

“When she is killed off, the colony goes into panic mode. They know without the queen, they are going to die,” Brackman said.

Furthermore, bee experts from the organization warn of the repercussions that the loss of the area’s mature colonies will have.

“Tomatoes, squash, watermelons, bees pollinate those,” Brackman told local station KTRK. “So if bees don’t pollinate those, you get zero vegetables, we would see next to nothing in the vegetable stores.” 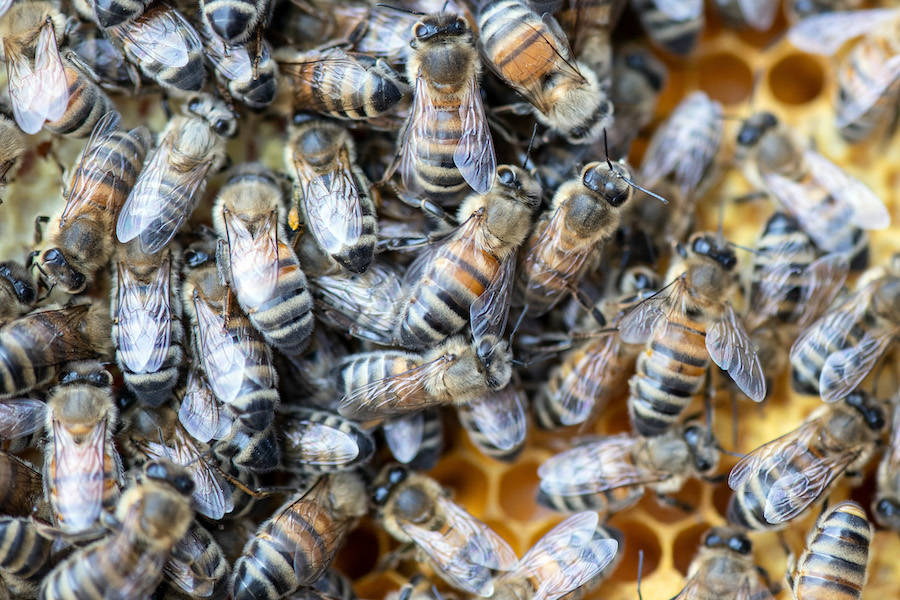 The destroyed plot happened in the middle of a crucial time of year, Brackman said. The season’s honey flow has begun as plants and flowers bloom and queen bees are laying thousands of eggs daily.

Following the incident, the association has asked for donations to help it recover from the losses. While the beehive slaughter may be a small case, it is part of a larger issue of declining bee populations, which are extremely important to the sustainability of our environment.

Globally, there are more than 20,000 distinct bee species and more than 4,000 species in the U.S. alone. However, beekeepers in Europe and the U.S. have reported an annual hive loss of 30 percent or higher within the last ten years.

Next, read about the woman who died after letting bees sting her for acupuncture. And then, learn everything you could ever want to know about the secret life of bees.