The 7 Best Commencement Speeches Of The Century 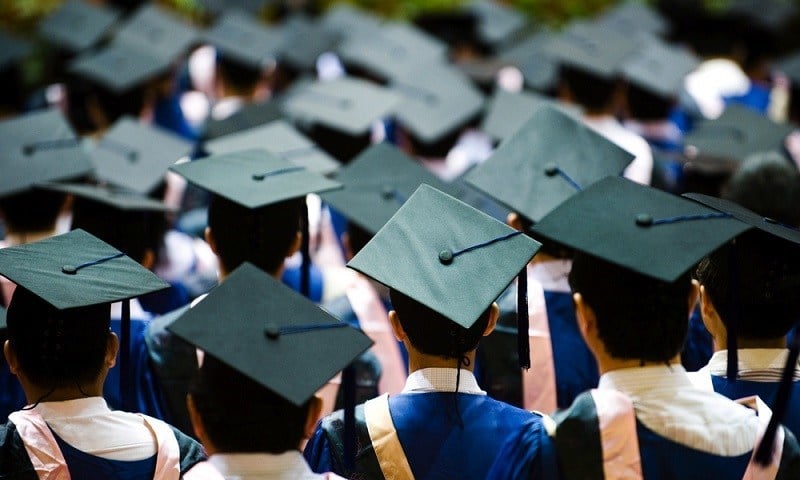 A poignant, well-spoken commencement speech is more than just a college afterthought. In fact, these speeches offer educators of all types one final chance to sway and nudge their students toward success. The best commencement speeches focus not on praising graduates’ professional and academic achievements, but on managing the road forward and leading an all-around fulfilling life.

Here are the seven best commencement speeches from the past 100 years:

American writer David Foster Wallace delivered an incredible and incredibly moving commencement speech on May 21, 2005. In fact, many would claim that “This is Water” is the best commencement speech ever given. Here, Wallace acknowledges life’s inevitable drudgeries, all while advocating fiercely for a liberal arts education. 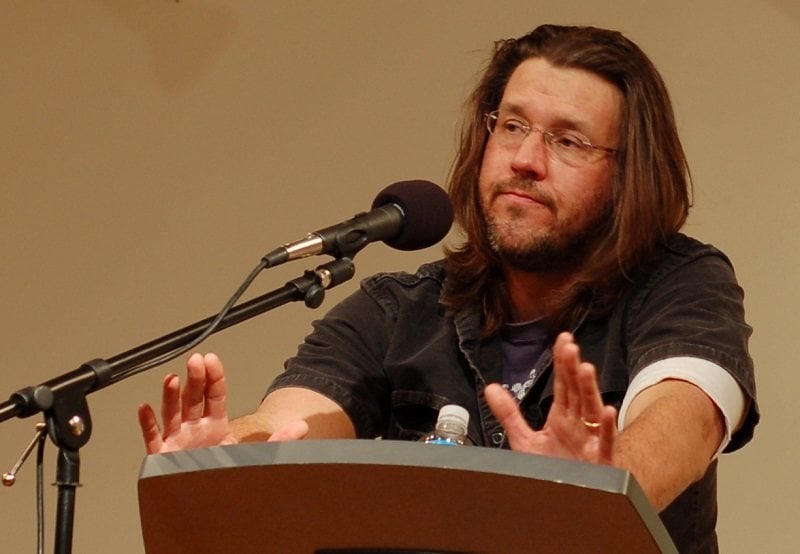 Wallace took his own life in 2008, after battling depression for decades. Yet out of the world’s best commencement speeches, his has stood the test of time. At one point Wallace says, “I have come gradually to understand that the liberal arts cliché about teaching you how to think is actually shorthand for a much deeper, more serious idea: learning how to think really means learning how to exercise some control over how and what you think. It means being conscious and aware enough to choose what you pay attention to and to choose how you construct meaning from experience.”

Check out the entire transcript, or listen to the incredible speech in the video below: 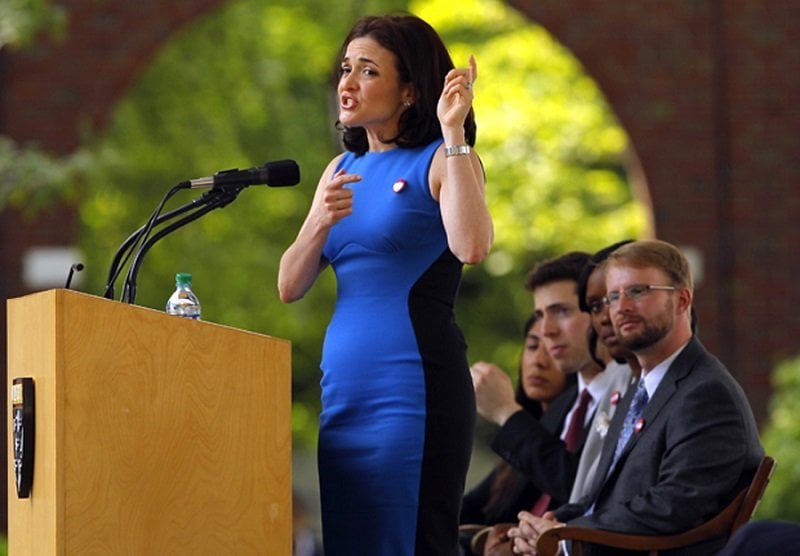 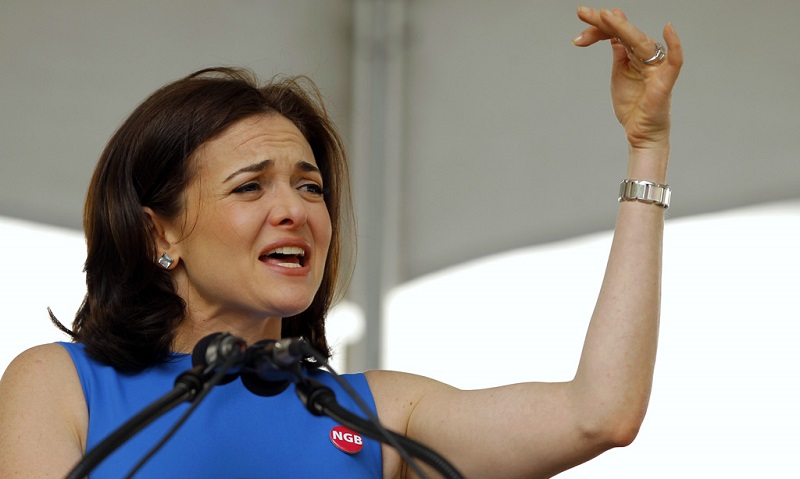 Many of the best commencement speeches take place at Harvard, where Sandberg earned an MBA 1995. In her speech, Sandberg discusses gender equality (or lack thereof) in the workplace and tracks her own path toward earning coveted positions at both Google and Facebook. At one point she urges graduates, “If you’re offered a seat on a rocket ship, don’t ask what seat. Just get on.” It’s the actionability of her words, and the personal experience embedded within every suggestion, that got students riled up about shaping their future careers.

Read the speech in its entirety, or watch her in action here:

John F. Kennedy’s speech to American University was great for a variety of reasons, especially for its politically charged tone and social transformation potential. This game-changing peace talk came at a critical moment during the Cold War. In his commencement speech, Kennedy says, “And if we cannot end now our differences, at least we can help make the world safe for diversity.” Kennedy gave a second speech the following night, making a moral case against segregation to the entire nation. 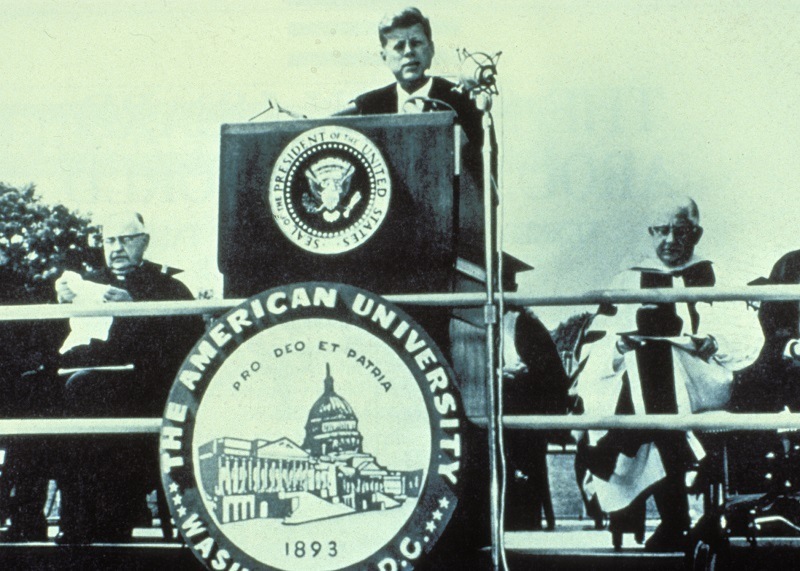 Kennedy’s 1963 commencement speech focused on his vision for world peace, a topic that today’s graduates often feel is out of reach. Yet at its heart, more than the issue at hand—meaning, aside from discussing very real nuclear threats—the speech was about envisioning and creating a peaceful world. By challenging students to be the change that shapes our collective vision of the future, he crafted one of the best commencement speeches the world has ever known.

Here’s a transcript of the speech. For footage of the actual event, watch the video below:

By graduation standards, Steve Jobs’ 2005 commencement was short. Yet in less than 15 minutes, the tech tycoon was able to convey years’ worth of wisdom, starting with the story of how he was given up by his biological mother to lead a more successful life and be able to attend college. As the speech continues, Jobs touches on all the important parts of life, concluding with the simple phrase, “Stay Hungry. Stay Foolish.” 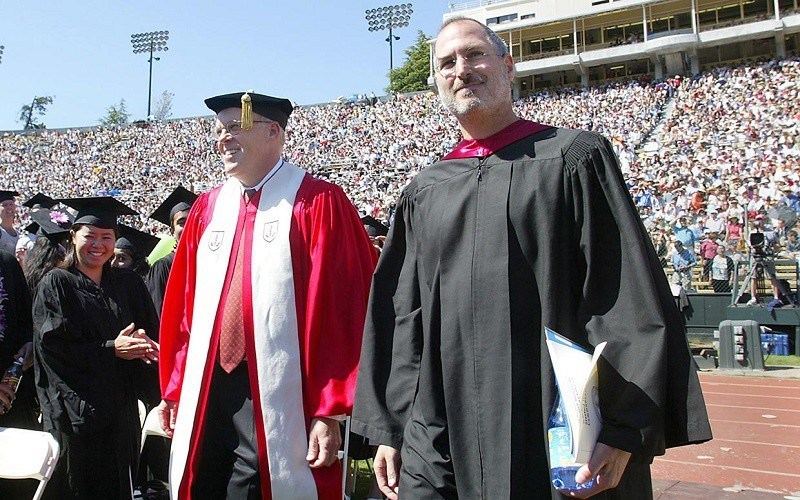 Jobs then offers some words of wisdom and encourages graduates to follow their hearts: “Your time is limited, so don’t waste it living someone else’s life. Don’t be trapped by dogma — which is living with the results of other people’s thinking. Don’t let the noise of others’ opinions drown out your own inner voice. And most important, have the courage to follow your heart and intuition.”

Interestingly enough, Jobs himself was a college dropout. Though he attended Reed College in his younger years, he eventually left the school and was eventually driven to begin designs on the first Macintosh computer.

Watch Jobs address Standford students in the video below, or read the full transcript here.