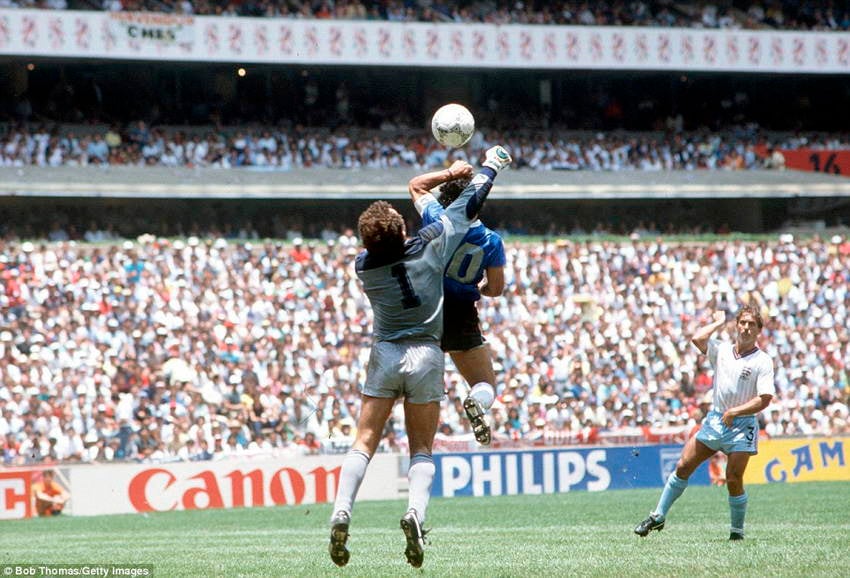 1. The highly contested soccer match between Argentina and England in the 1986 FIFA World Cup quarter-finals is to thank for the “Hand of God” goal in which Maradona used his hand to place the ball into the net. The goal was allowed, and led to Argentina’s victory there and in the final against West Germany. 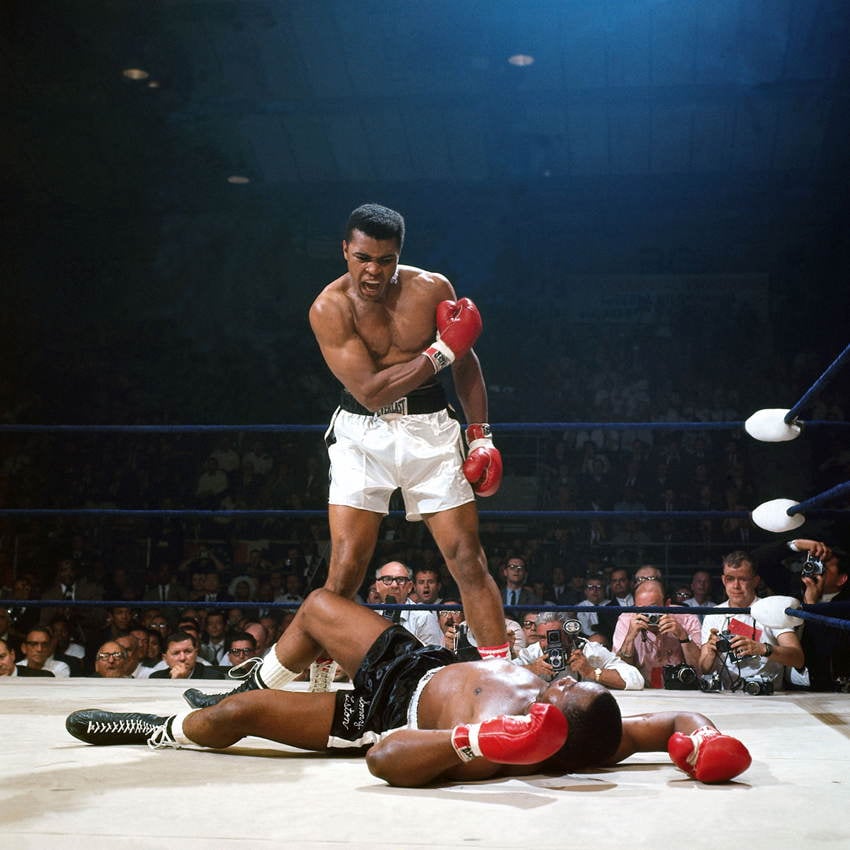 2. This image from May 1965 shows the towering great Muhammad Ali standing over his opponent, Sonny Liston, yelling “get up and fight” after his first-round knockout. The fights between the two were described by some as “the most popular fight since Hitler and Stalin—180 million Americans rooting for a double knockout.” The May 1965 lasted a mere two minutes and twelve seconds—one of the shortest heavyweight title spars in history. 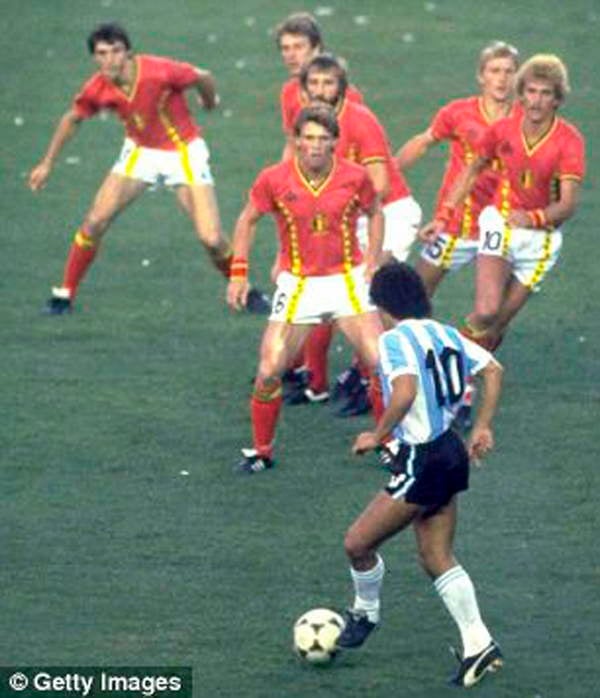 3. There’s a reason this man has a religion in his honor in Argentina. This picture encapsulates the legendary Diego Maradona perfectly at his first World Cup in 1982, completely befuddling six Belgians and their defense. He would lead his country to world victory four years later. 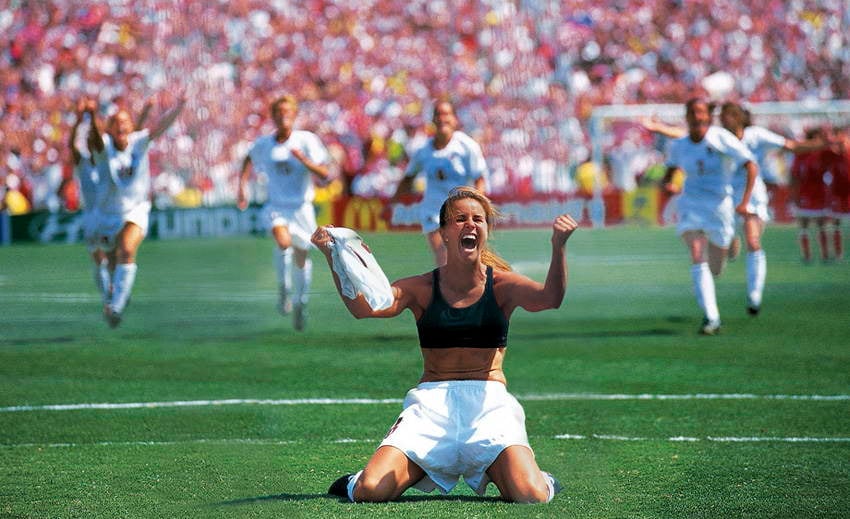 4. U.S. women’s soccer player Brandi Chastain celebrated her 1999 Women’s World Cup final winning penalty kick with her shirt off. Unfortunately, such an incredible victory against the Chinese women’s team was obscured by sexist criticism of—and praise for—Chastain’s decision to shed her shirt in the throes of a pure adrenaline rush.