Meet Billy Sing: The Australian Sniper From Rural Australia Who Killed 200 Men In World War I

A rural farm boy from Queensland, Billy Sing joined the armed forces and became one of the most revered snipers of World War I. 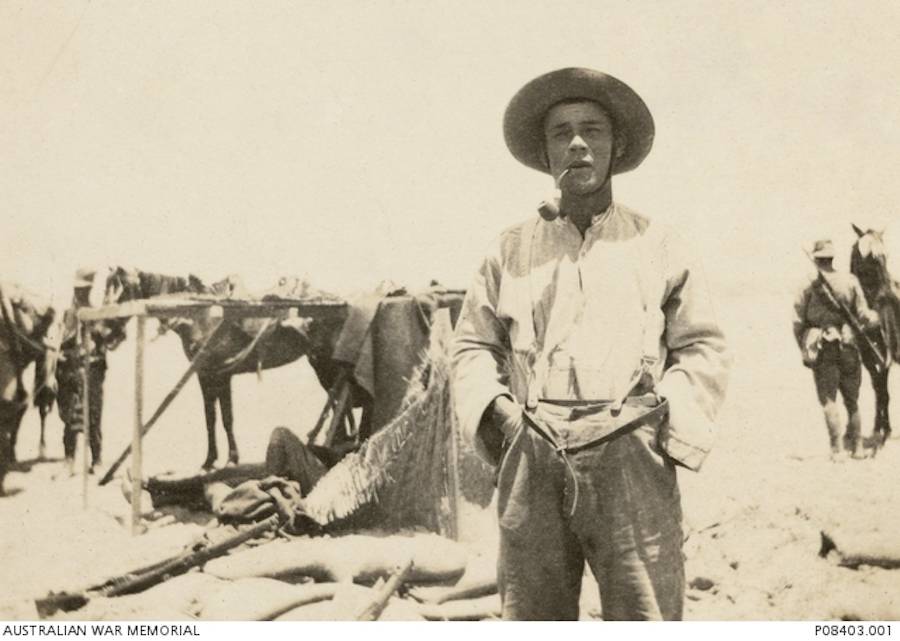 Australian War MemorialBilly Sing was just a rural farm boy from Queensland when he became one of the most feared snipers in history.

It is estimated that unlikely sniper Billy Sing achieved more than 200 kills during his deployment as a sniper in the war trenches of Gallipoli. He was consequently decorated as an Australian imperial soldier in the first World War. His deadly bullseye in the Gallipoli Campaign were legendary and earned him the nicknames “the Assassin” and “the Murderer” from his comrades.

Though Sing had a celebrated career as a soldier, he would die in near obscurity. This ill-befitting end, however, could not extinguish the impressive flame his military accomplishments burned into history. His duel against Abdul The Terrible, an equally prominent marksman on the Ottoman Empire, remains legendary in World War I lore.

To this day, the counter-sniper party between Sing and Abdul is regarded as one of the greatest such matches in history — and with good reason. 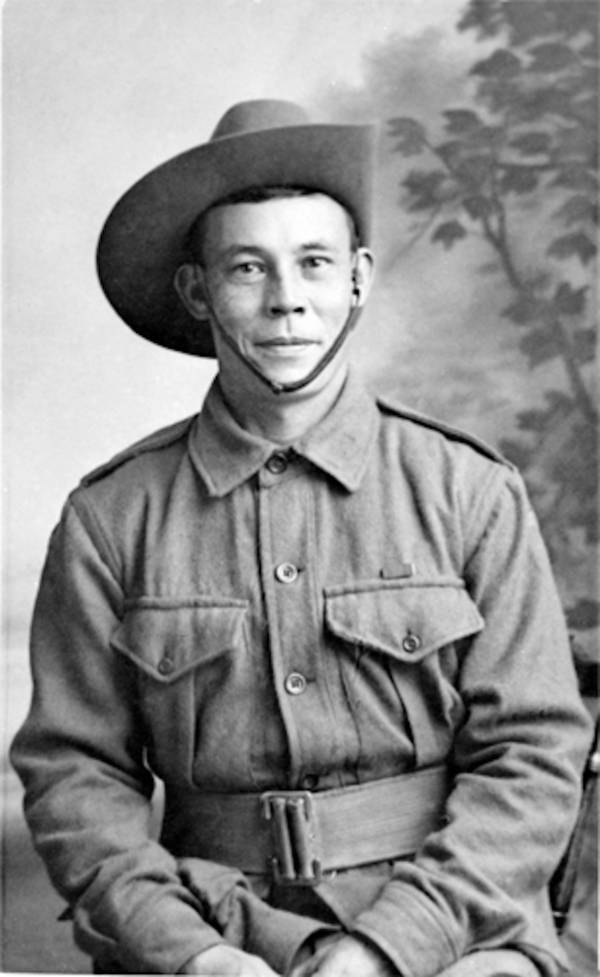 Wikimedia CommonsSing in his military uniform.

Born William Edward Sing to a Chinese father and an English mother in 1886, Sing grew up in rural Queensland, Australia with his parents and two sisters. Because he was family was poor, Sing didn’t have much of a laidback childhood. He had to work hard from a young age to help his parents feed their family of five. To earn a living, Sing would help tend to their family’s small garden and deliver fresh produce like vegetables and milk to paying customers.

Interracial couples were still uncommon or even illegal at the time so Sing experienced racial prejudice growing up as a mixed race child. As a child in the wildlands of Australia’s harsh landscape in an impoverished family, Sing was no stranger to physical labor. He worked as a laconic station stockman and a cane cutter, among other odd and laborious jobs through his adolescence.

It soon became clear that Sing had a knack for horse-riding and shooting. In fact, his shooting skills were so sharp that his brother-in-law George Fry would later recall that he could “shoot the tail off of a piglet as far aways as 25 paces.” He became a kangaroo shooter and a competitive target shooter.

When World War I broke out in 1914, equipped with a shooter’s eye and a hardened physique, Billy Sing immediately enlisted in the Australian Imperial Force (AIF).

Anti-Chinese racism was particularly high among Australians at the time, but because he was among the first candidates to sign up for the army, Sing escaped the racial discrimination that would later plague the Australian army’s recruitment which prevented many non-white Australians from being able to join the military. 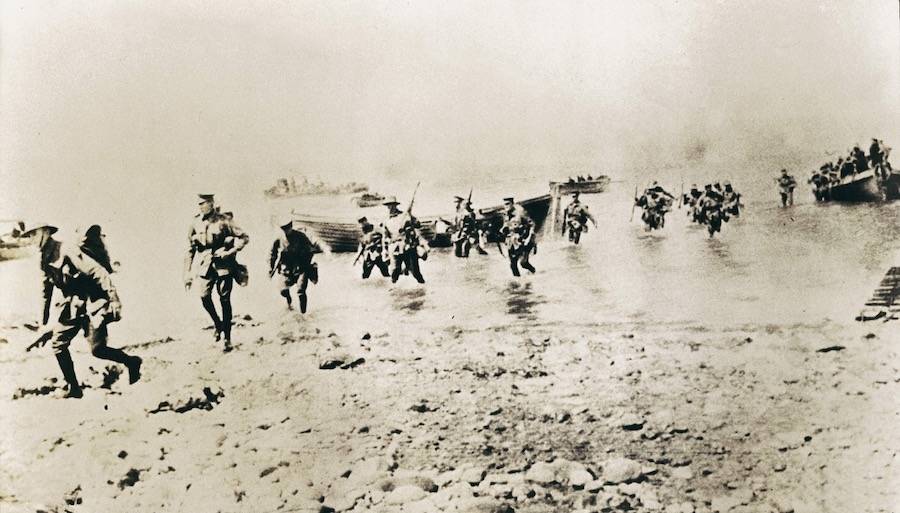 Wikimedia CommonsAustralian and New Zealand forces arriving at the landing of Gallipoli.

After Sing was accepted into the 5th Light Horse Regiment of the AIF, his squadron was sent straight to Egypt and made it onto the Gallipoli peninsula, now known as modern day Turkey, sometime in 1915. Sing’s squadron was part of the British and French campaign against the Ottoman Empire in the first global war.

Sing’s impeccable precision got him assigned as a sniper and landed him at the Chatham’s Post which would soon become ground zero for most of his killings.

It did not take long before Sing became notorious among fighters on both sides. He became known as the ANZAC (Australian and New Zealand Army Corps) Angel of Death on the battlegrounds of Gallipoli.

Fellow combat man Ion Idriess, who would later publish a book about his own service in the AIF, described Sing as, “a little chap, very dark, with a jet black mustache and a goatee beard. A picturesque looking man killer. He is the crack sniper of the Anzacs.”

His teammates called him “the Assassin,” a label that eventually turned into “the Murderer” because of his ruthless demeanor in killing unsuspecting foes. Sing’s reputation would soon precede him and lead to one of the most prolific duels of his life.

The Legendary Duel With An Enemy Sniper 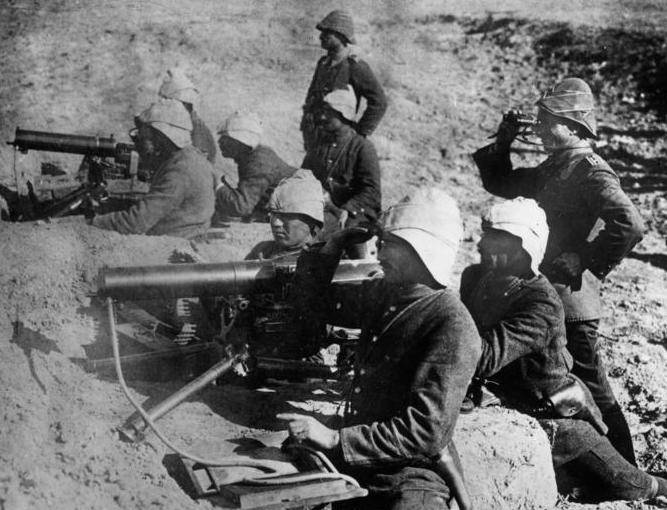 Sing was a stone-cold killer; many accounts from soldiers who served alongside him speak to his merciless detachment toward enemy forces.

“Every time Billy Sing felt sorry for the poor Turks, he remembered how their snipers picked off the Australian officers in the early days of the landing, and he hardened his heart,” Private Frank Reed, a fellow Australian soldier, said about the famed sniper. “But he never fired at a stretcher-bearer or any of the soldiers who were trying to rescue wounded Turks.”

Although Sing was known for his high kill count, there is still some dispute about how many of his victims were officially recorded.

In his book, Lurking Death; The Stories of Snipers in Gallipoli, Sinai and Palestine, Idriess said that the marksmen’s total death tally was unclear, but it was at least known that Sing had killed 150 men in three months during the Gallipoli campaign. Others estimated that his signature weapon, the Lee-Enfield rifle, had killed closer to 250.

An entry from the ANZAC war diary revealed the time Sing had approached the 200 kills mark.

“Our premier sniper, Trooper Sing, 2nd L.H., yesterday accounted for his 199th Turk. Every one of this record is vouched for by an independent observer, frequently an officer who observes through a telescope,” the diary entry read.

Regardless of his true death tally, one thing was certain: Billy Sing posed an undeniable threat to the Ottoman forces. As retaliation for the hundreds of slain Turkish soldiers who Sing single-handedly wiped out, the Ottoman Guard assigned Abdul the Terrible to take him out. 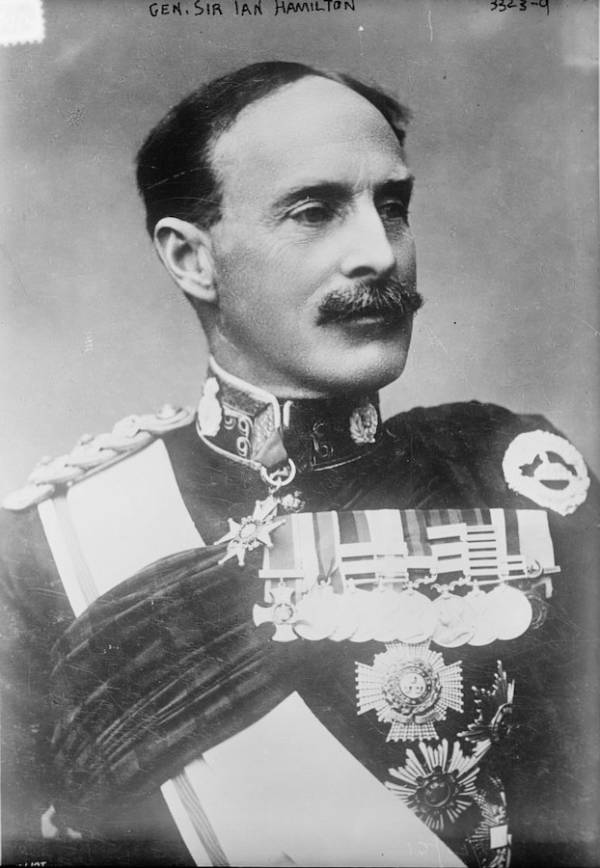 An equally deadly sniper, Abdul the Terrible was described as the pride of the Turkish Army. His rifle, which had likely killed as many as Sing’s had, was dubbed the “Mother of Death.” The Turkish Order proclaimed that the sniper’s weapon gave “birth to bullets which destroy the lives of men.”

Abdul the Terrible ignored the easier targets that could be spotted on the field and searched only for where Sing might be. The Turkish sniper carefully observed every shot from the other side so that he could estimate the trajectory of the bullet and, therefore, locate Sing’s whereabouts.

Ultimately, Abdul’s patience paid off. He discovered that the opposing sniper’s shots were coming from one spot nearly on top of a trench across from Chatham’s Post. Once he had locked down Sing, Abdul the Terrible began to dig a fox hole where he would climb into before dawn and prepare to kill his enemy at Chatham’s Post.

But before Abdul could fire his first bullet toward his Australian rival, Sing caught Abdul in his eyesight first and killed him.

In the end, Billy Sing successfully outpaced the Turkish soldier during their counter-sniper duel and killed his rival marksman. But he barely made it out of the duel alive, escaping a hale fire from Turkish troops who were alerted to his position just after he had killed Abdul.

Another Fallen Soldier In The End 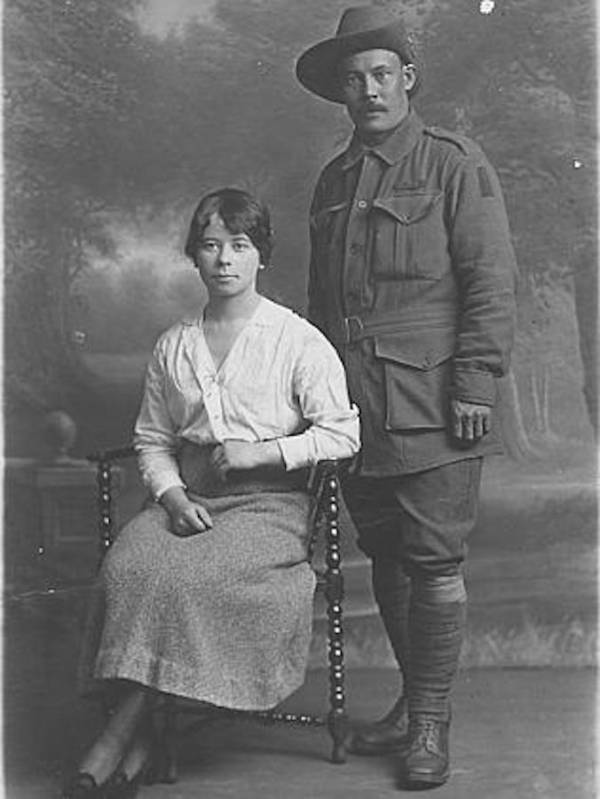 After the Gallipoli Campaign, Sing spent long periods in the hospital to recuperate from conflict-borne illnesses on his war-won wounds. He nonetheless transferred to another infantry battalion and sailed to England the following month for training.

He eventually found himself at the Western Front where most of the war took place. After England, he joined the fight in France as part of the 31st Battalion.

In November 1917, he was hospitalized again due to problems from a previous leg injury. He continued to experience repeat bouts of hospitalization because of his war injuries.

Billy Sing received his first commendation from General Sir Ian Hamilton and was awarded the British Distinguished Conduct Medal for his contributions at Gallipoli. 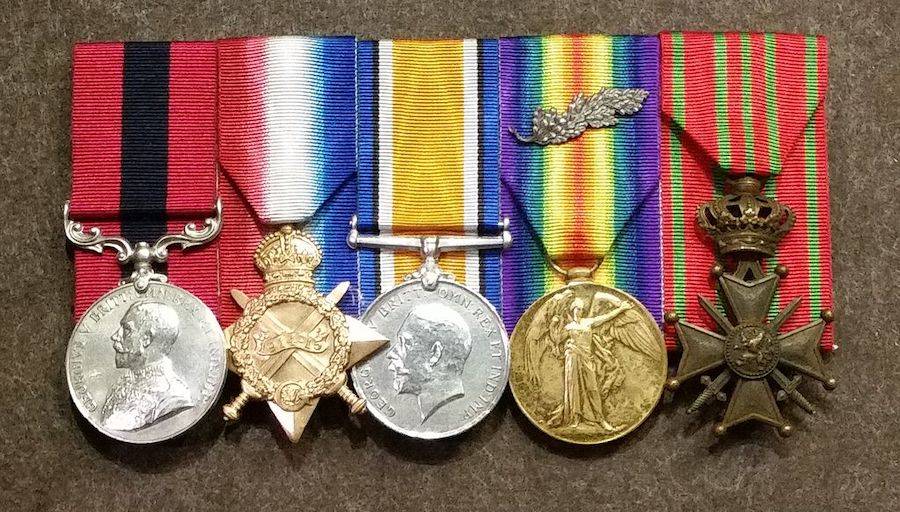 Wikimedia CommonsBilly Sing received awards and medals for his contributions during the war.

“Conspicuous gallantry from May to September 1915 at Anzac as a sniper. His courage and skill were most marked and he was responsible for a very large number of casualties among the enemy, no risk being too great for him to take,” Sir Hamilton remarked about the occasion in his dispatch.

Sing also received the Belgian Croix de Guerre and was recommended for the Military Medal for his part in an anti-sniper fighting patrol at Polygon Wood, Belgium.

He was eventually permanently discharged from the army because he was deemed unfit for duty due to ongoing chest problems. After he got out of the military, he moved back to Australia and tried his hand in entrepreneurial ventures. He tried to take up a Soldier Settlement but was unable to sustain the business.

In 1943, Billy Sing died of heart failure at just 57. Sadly, at that point, Sing had carried out the remainder of his life as an unknown man living poorly in a boarding house in Brisbane, Australia.

The once-famous sniper left behind a miner’s hut worth $27 and two quarters in his room at the boarding house. His grave at Lutwyche Cemetery was even left unmarked for 50 years until historian Brian Tate revealed Sing’s incredible life story in the local newspaper. Soon after the story was published, a marker was placed on his grave to commemorate the incredible sniper almost lost to history.

After this look at Chinese-Australian sniper Billy Sing, read about another badass sniper, Carlos Hathcock. Then, learn about Soviet Sniper Vasily Zaytsev, who killed 242 Nazis in four months.