With 242 Kills In Four Months, Soviet Sniper Vasily Zaytsev Was A Nazi-Killing Machine

Vasily Zaytsev was one of Russia's most skilled marksmen and decorated snipers who was immortalized in Enemy at the Gates.

Vasily Zaytsev grew up in the Ural Mountains, some of the roughest inhabited terrain there is. Lacking the luxury of going down to the deli to pick up meat, Zaytsev became acquainted with the finer points of marksmanship from a young age, hunting deer and other animals for food. 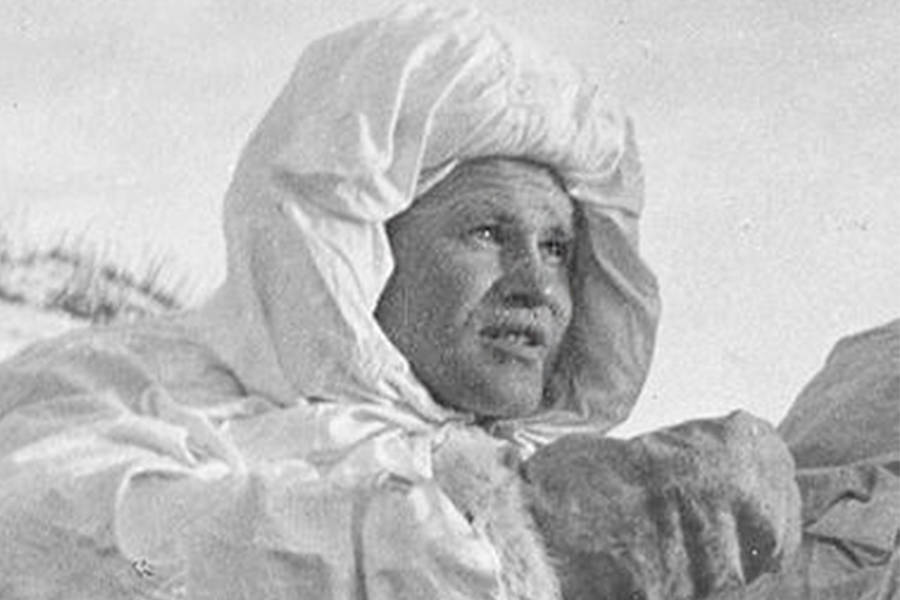 Wikimedia CommonsVasily Zaytsev in action during the Battle of Stalingrad.

When Germany betrayed the Molotov–Ribbentrop Pact and the Nazis invaded the Soviet Union, Zaytsev joined the rest of his countrymen in taking up arms to defend the motherland. He initially served as a Navy clerk, but rather than sit out the war filing papers while his rifle collected dust, Zaytsev requested a transfer to the front lines.

His wish was granted and he joined a rifle regiment that would soon be an integral part of the war’s most important battle: Stalingrad.

In terms of sheer numbers, Stalingrad was the biggest battle in World War II, perhaps in all of history. Over the course of seven months, more than one million Soviet soldiers would lose their lives. The mere fact that Vasily Zaytsev volunteered to be transferred to Stalingrad was an early indication of his nerves of steel, which would soon be tested in a trial by fire.

Vasily Zaystev (whose name means “hare” in Russian) wasted no time in establishing a name for himself within the besieged city: he killed 40 German soldiers in just his first 10 days. High command was so impressed with his skills that they put him in charge of training other Soviet snipers, some of whom would become nearly as famous as their teacher. 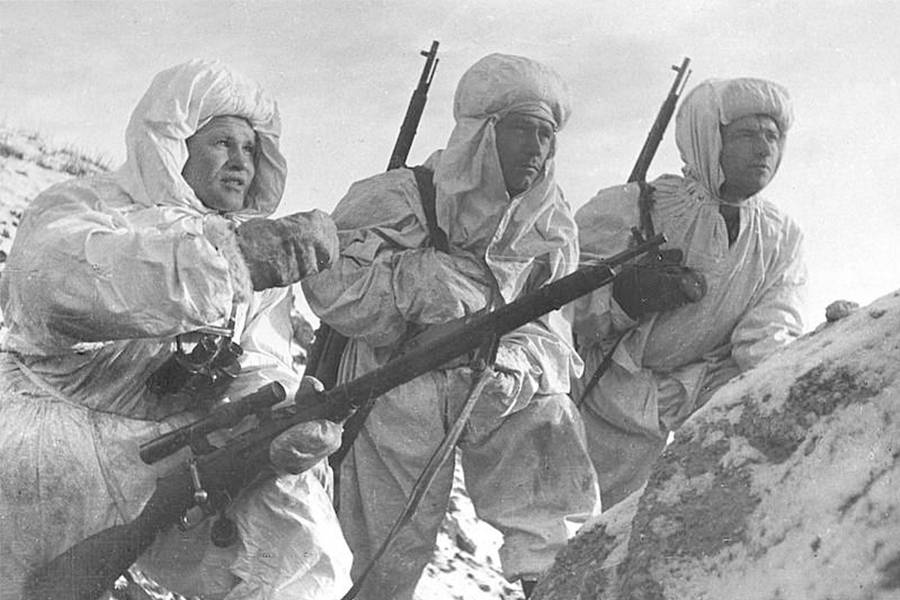 Wikimedia CommonsZaytsev and a group of snipers camouflaged against the snow.

Zaytsev taught the recruits that marksmanship wasn’t always a sniper’s most important asset: patience and observation were equally important. He vividly described the unique thrill of hunting unsuspecting prey:

“You watch a Nazi officer come out of a bunker, acting all high and mighty, ordering his soldiers every which way, and putting on an air of authority. The officer hasn’t got the slightest idea that he only has seconds to live.”

Frustrated with Vasily Zaytsev’s deadly success, the Germans called in the chief of their own sniper school to hunt down the Russian hare, Major Erwin König.

Vasily Zaytsev late gave his own account of the duel of wits to the author Vasily Grossman, which would become part of the author’s epic novel Life and Fate. As the Soviet sniper told it, he engaged in a deadly game of hide-and-seek with the German for several days.

Zaytsev lay biding his time in a ditch when König killed a Soviet soldier very close to his hiding spot. Neither marksman moved as another German strolled by the fallen Russian’s body: König waiting to see if Zaytsev were close enough to pick off the exposed soldier, Zaytsev waiting to see if König would check to see if his bullet had found its mark. 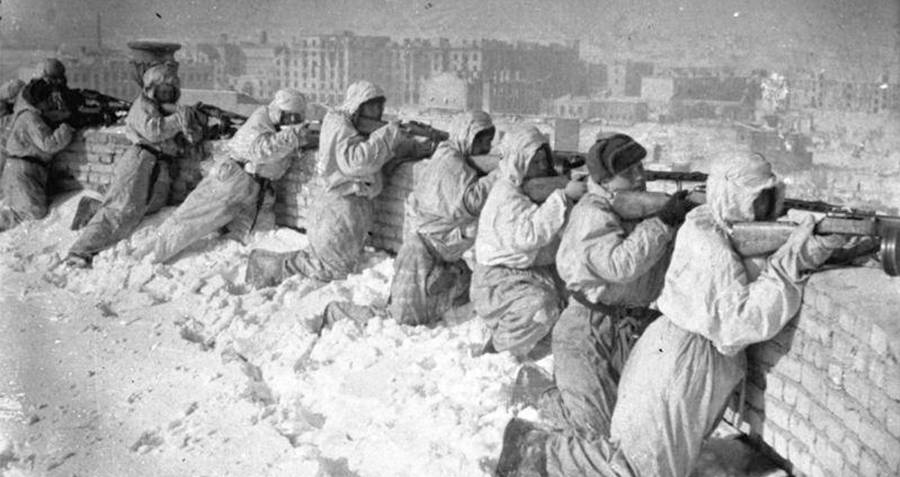 Wikimedia CommonsGerman and Soviet troops fought in close quarters among the ruins of the city.

After fifteen minutes that must’ve felt like an eternity, König decided his prey must be elsewhere and stepped out to examine the fallen soldier. Zaytsev immediately put a bullet through his head.

An Epic Story, But A True One?

Modern historians have come to doubt the truth of the epic story, but given the chaos that reigned during the Battle of Stalingrad and the dozens of other seemingly unbelievable yet well-documented stories that emerged from the city, it cannot be entirely written off as fiction.

Disbelievers point out the fact that the Germans (notoriously efficient bureaucrats) have no record of a “Major König” on file, but given the fact that Goebbels and his cronies were under direct orders from the Fuhrer to cover up any failures at Stalingrad, it’s very possible the major’s records were erased to prevent erosion of morale.

Vasily Zaytsev would emerge from the battle with 242 confirmed kills in four months, although the total number could be much higher.

At one point the sniper even lost his vision to a grenade, but amazingly returned to battle and fought on all the way into Germany.

Vasily Zaytsev was awarded the highest possible distinction the Soviet Union had to offer for his valor in Stalingrad and spent the rest of his days working as an engineer in Kiev before he died in 1991 at the age of 76. The story of his duel at the Battle of Stalingrad would be turned into the 2001 movie Enemy At The Gates.

After learning about Vasily Zaytsev and his exploits as a Soviet sniper, read about Simo Hayha, the deadliest sniper in history. Then, read the story of Carlos Hathcock, one of the most badass snipers ever. Finally, learn the true story behind another World War II film, The Pianist.