The 36-year-old brown bear is the only female inmate and the only one serving a life sentence. 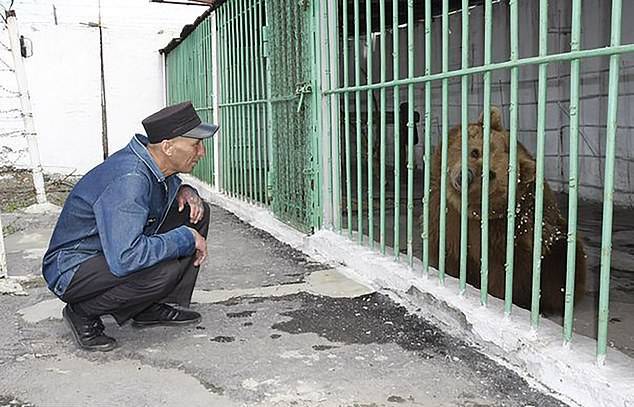 East2WestNewsEkaterina’s fellow inmates are very fond of her and regularly bring her treats.

The prospect of spending the rest of your natural life in prison in Kazakhstan is certainly a grim one, especially when said prison has been described as a “strict regime” penal colony. But for inmates here, a female brown bear named Ekaterina, or Katya, imprisoned alongside them has made their sentences bearable.

According to the Daily Mail, the penal colony in Kostanay houses 730 “dangerous criminals” and one brown bear named Ekaterina who was imprisoned and sentenced to life for a crime she committed in 2004.

The wild animal was found guilty of attacking two people at a campsite 15 years ago and has been a convicted inmate ever since. Katya is the only female prisoner at the penal colony and the only prisoner serving a life sentence.

But Ekaterina also has a swimming pool in her cell. 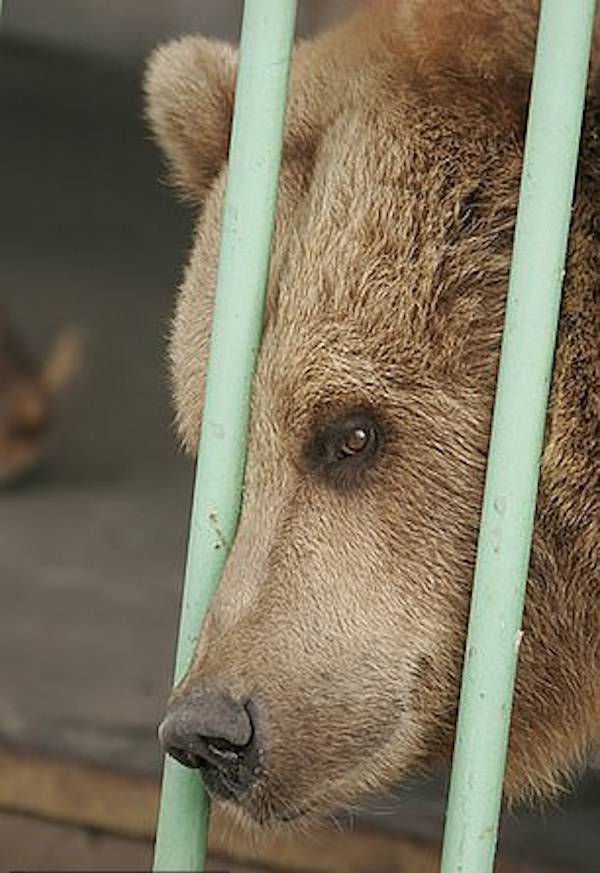 East2WestNewsEkaterina has been imprisoned for 15 years now after officials deemed her too dangerous to dismiss.

According to Oddity Central, Ekaterina was caged as an attraction near a campsite in 2004 after she was abandoned by a circus. It was there that she grabbed an 11-year-old boy’s leg who had approached her cage. The boy said he suffered “serious injuries” and “traumatic shock.”

“Everything happened so suddenly…I threw food to her, and she, through the cage, grabbed my leg,” the boy told Kazakh media at the time. “I don’t remember anything else from that moment.”

That same year, Ekaterina allegedly mauled a 28-year-old named Viktor O. who was inebriated when he tried to shake her hand. Despite the warning signs, the hint that Ekaterina’s cage might be there for a reason, or that she’s a bear — these incidents were blamed on the animal.

Viktor survived the attack with severe injuries. Authorities were eager to find a shelter or zoo for the seemingly aggressive animal but none would take her. Thus, she was imprisoned in the UK-161/2 penal colony for her animalistic behavior. 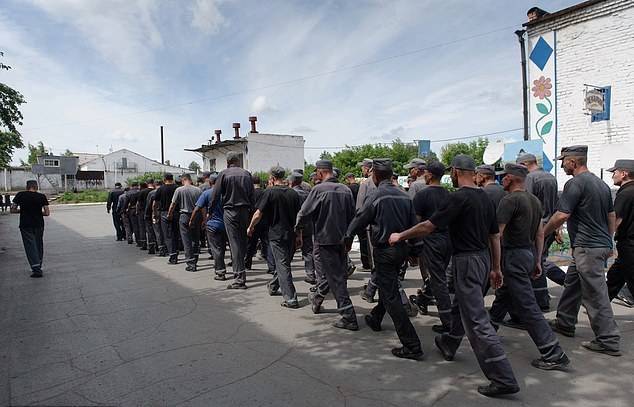 East2WestNewsThe 36-year-old brown bear has been imprisoned alongside 730 inmates for the past 15 years.

The penal colony is situated 435 miles Northwest of Kazakhstan’s capital, Nur-sultan, formerly Astana. The past 15 years behind bars have apparently made the bear extremely docile. Even her fellow inmates regularly spend time in close quarters with the animal.

“She is friendly, not aggressive at all,” said Aslan Medybayev. “Other prisoners visit her. She woke up about a month ago from her annual hibernation. Now she feels good, and runs, jumps.”

Ekaterina has even become a symbol of the prison with a statue of a bear erected in her honor outside the facility’s walls. While authorities at the penal colony are eager to allow her to receive conjugal visits, as her fellow inmates are — this has been prohibited.

“Sadly we cannot take a male bear to her,” said prison deputy head of educational work, Azamat Gapbasov. “If only we could make artificial insemination.” 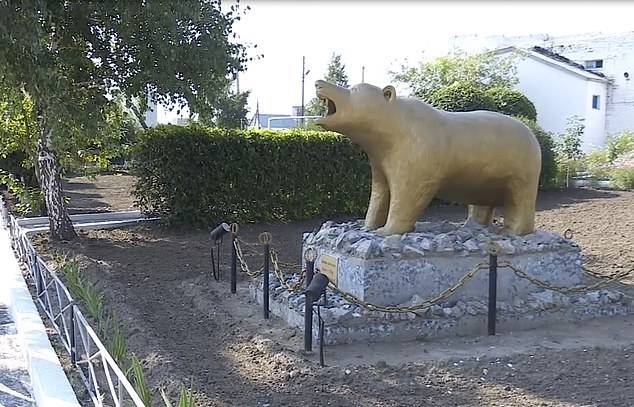 East2WestNewsEkaterina has become such a big part of the prison’s identity that they erected a statue in her honor.

For the two-legged inmates of UK-161/2, Ekaterina is nothing but joy-inducing company. They bring her treats such as cookies, apples, and various sweets whenever they can and appreciate having an animal companion with whom to spend their time.

Her long-term presence at the prison is largely inexpensive as she only has to be fed for seven months per year and mainly eats the leftovers of her fellow inmates. It seems as though both her low-cost and symbolic presence there have already guaranteed that she sticks around.

“We have no plans to relocate Katya,” said Gabpasov. “She has already become a symbol of our colony, we have gotten used to her and we will not give her to anyone.” 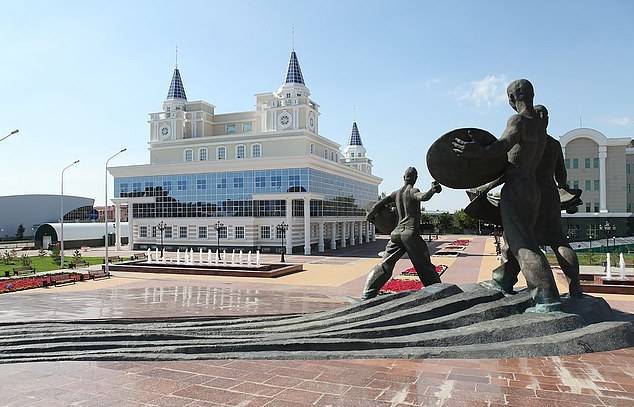 Indeed, prisoners are quite fond of the brown-furred quadruped. Igor Tarakanov, a 43-year-old inmate, isn’t the only one whose daily existence benefits from this unusual companion though he is certainly one of her biggest fans.

“She is calm, not aggressive,” he said. “She adores sweet things that prisoners give her — sweets, biscuits, apples. Of course, communicating with an animal brightens my time here, makes it not so painful.”

While it does seem as though Ekaterina is being housed in zoo-like conditions rather than an actual prison, there’s arguably no distinction for an animal like Ekaterina. The fact that she’s become more docile is, of course, due to her inability to exert her natural instincts and physicalities.

As such, hopefully, she can find a manageable middle-ground in this strange, unnatural environment she’s been forced to endure.

After learning about Ekaterina the inmate and symbol of a Kazakh prison colony, read about Bastoy prison, the world’s cushiest and most effective prison. Then, watch a drunk Russian attempt to feed a bear and get his arm bitten off.