A surprising new study based on chimpanzee behavior suggests trees played an "essential" role in the evolution of bipedalism. 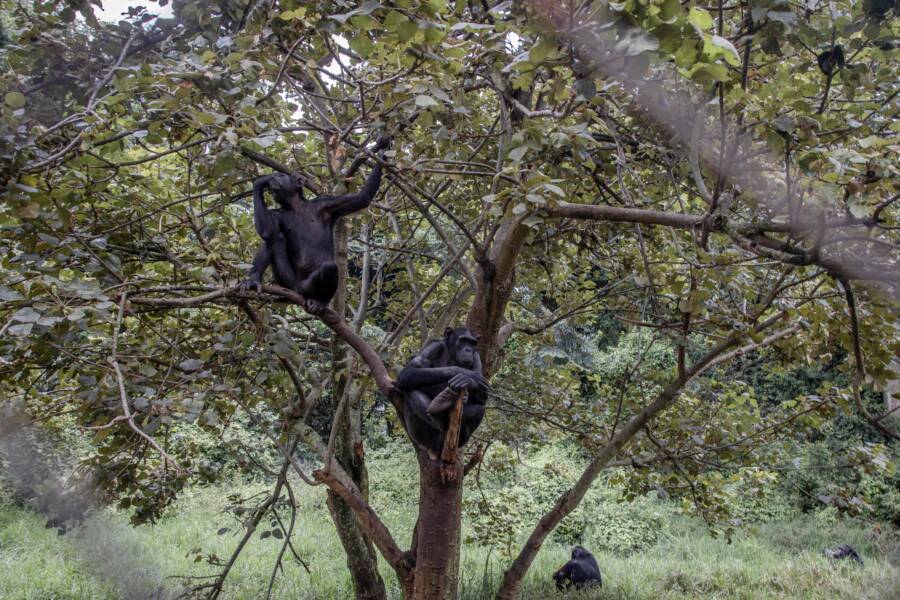 GUERCHOM NDEBO/AFP via Getty ImagesThe study’s authors observed the movements of chimpanzees to understand how early humans might have developed bipedalism.

Walking on two legs is one of the defining features of mankind, and researchers have long assumed that our ancestors developed bipedalism while traversing grasslands. But new research suggests that early humans may have started walking on two legs while still living in trees.

In a study published in Science Advances, researchers from University College London, the University of Kent, and Duke University explained how their study of chimps in Tanzania’s Issa Valley led them to believe that trees had played an “essential” role in the evolution of bipedalism.

“We naturally assumed that because Issa has fewer trees than typical tropical forests, where most chimpanzees live, we would see individuals more often on the ground than in the trees,” explained study co-author Alex Piel of University College London, according to Eureka Alert.

Piel added, “Moreover, because so many of the traditional drivers of bipedalism (such as carrying objects or seeing over tall grass, for example) are associated with being on the ground, we thought we’d naturally see more bipedalism here as well. However, this is not what we found.”

While studying 13 chimpanzee adults (six females and seven males) and noting how they climbed, walked, and hung from trees over a 15-month period, the researchers came to a surprising conclusion.

According to Science Alert, more than 85 percent of observed bipedalism took place while the chimps were in trees — not on the ground.

The researchers suspect that bipedalism is an advantageous way for the chimps to forage for food while traversing the treetops.

“[Bipedalism may help them] safely and effectively navigate the flexible branches and access as many fruits as possible when they find them,” study lead author Rhianna Drummond-Clarke of the University of Kent explained to The Guardian. 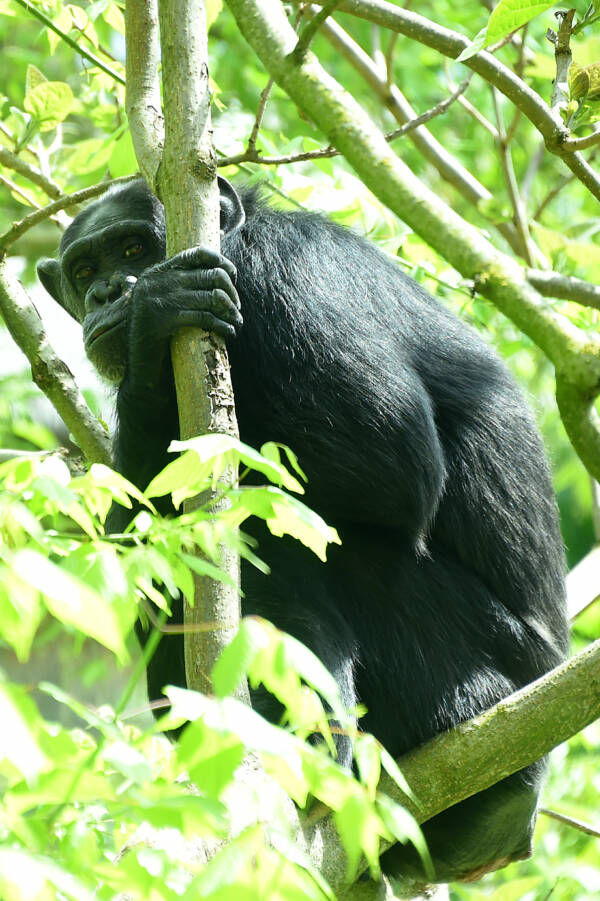 To the study’s authors, the chimps’ behavior suggests that our early human ancestors started walking on two legs while still living in trees. This contradicts the widely-held belief that bipedalism developed because climate change started shrinking forests, forcing early humans onto grasslands.

“Our study suggests that the retreat of forests in the late Miocene-Pliocene era around five million years ago and the more open savanna habitats were in fact not a catalyst for the evolution of bipedalism,” Piel told Eureka Alert. “Instead, trees probably remained essential to its evolution — with the search for food-producing trees a likely a driver of this trait.”

“To date, the numerous hypotheses for the evolution of bipedalism share the idea that hominins (human ancestors) came down from the trees and walked upright on the ground, especially in more arid, open habitats that lacked tree cover,” she said. “Our data do not support that at all.” 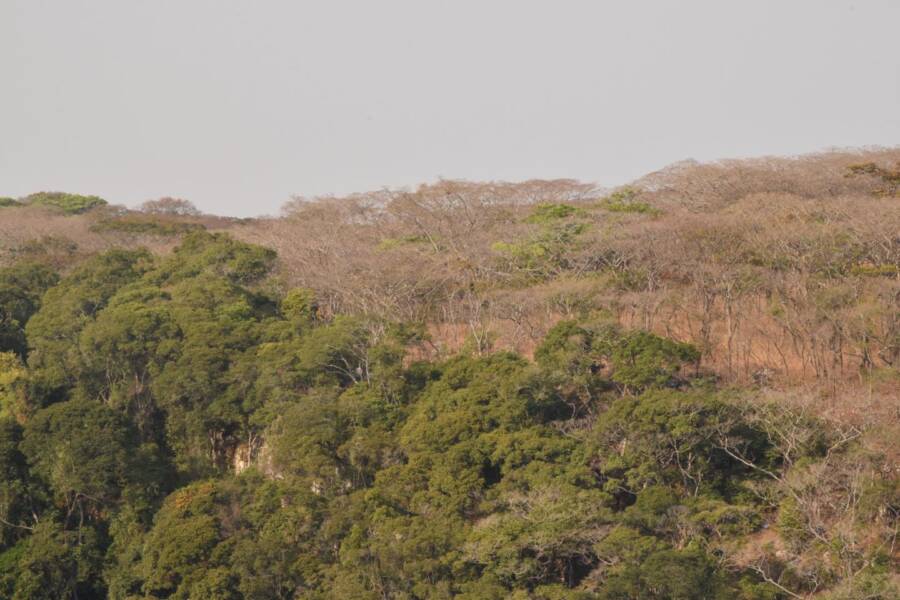 While the study does not definitively prove that humans developed bipedalism while living in trees, and not while traversing grasslands as previously believed, it does complicate the original theory.

“I think we have long told this very logical story, that at least our data don’t really support,” Piel told The Guardian.

He added, “Rather than time on the ground stimulating [bipedalism], it may have catalyzed it, but it was already there. And that fits perfectly with the fossil record because all these early hominins have both arboreal and terrestrial adaptations.”

Next, the research team hopes to fill in more blanks about the evolution of bipedalism in our early ancestors.

“What we need to focus on now is how and why these chimpanzees spend so much time in the trees,” Stewart told Eureka Alert. “That is what we’ll focus on next on our way to piecing together this complex evolutionary puzzle.”

After reading about how humans may have developed the ability to walk on two legs while still living in the trees — and not on grasslands as previously believed — see how early humans may have tried to domesticate cassowaries, known as the “world’s most dangerous bird.” Or, look through this list of some of Earth’s most unbelievable prehistoric animals.