"It felt like an earthquake," said one hotel guest. 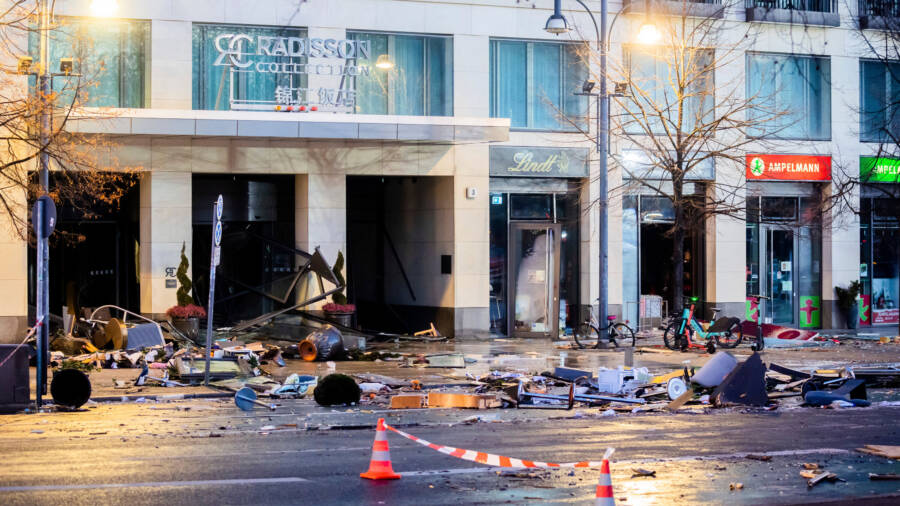 TwitterOver 240,000 gallons of water erupted from the AquaDom, the world’s largest cylindrical aquarium, and out onto the street.

Earlier this morning, a 46-foot-high aquarium burst in the lobby of a Berlin hotel, unleashing a flood of water that injured at least two people and caused roughly 1,500 exotic fish to spill out onto the street.

As Reuters reports, the massive aquarium, called the AquaDom, held 264,172 gallons of water and decorated the lobby of a Radisson hotel. According to Sea Life Berlin, the AquaDom’s operator, it was the world’s largest freestanding cylindrical aquarium and contained a clear-walled elevator for guests.

Of course, when the aquarium suddenly burst, the scene could only be described as chaos. One hotel guest, Sandra Weeser, told Reuters, “The whole aquarium burst and what’s left is total devastation. Lots of dead fish, debris. It is quite a drama.”

All 1,500 or so fish that were kept in the aquarium died, but efforts are being made to rescue fish from other, smaller tanks near the AquaDom that were thankfully not damaged but are in need of rehousing due to power cuts in the building.

“It looks a bit like a war zone,” Weeser told the Associated Press.

At the moment, it is unclear what exactly caused the AquaDom to erupt. Some speculated that freezing temperatures overnight reaching as low as 14 degrees Fahrenheit may have caused the glass tank to crack — and the pressure from the water subsequently led to the explosion.

16 meter #aquarium at the #DomAquaree hotel, #Berlin.
1 million liters of water was emptied as well as 1,500 fish. Two people are said to have been injured. pic.twitter.com/5RVWDBXNgm

The hotel is just one of many businesses in the DomAquarée leisure complex, which also contains apartments, museums, shops, cafés, and restaurants. In addition to the hotel, a Lindt chocolate store, several restaurants, and an underground parking garage sustained damage.

Two people were close enough to suffer injuries from the splintered glass, including one hotel employee. Shortly after, emergency services asked around 350 of the hotel’s guests to pack their bags and leave, in case the building suffered structural damage. Buses arrived to provide shelter for the guests.

Berlin mayor Franziska Giffey noted that as unfortunate as the incident is, it could have been much worse. The AquaDom burst early in the morning while the lobby was mostly empty and few bystanders were present.

“If this hadn’t happened at 5:45 a.m. but even just one hour later, then we would probably have had terrible human loss to report,” Giffey said. 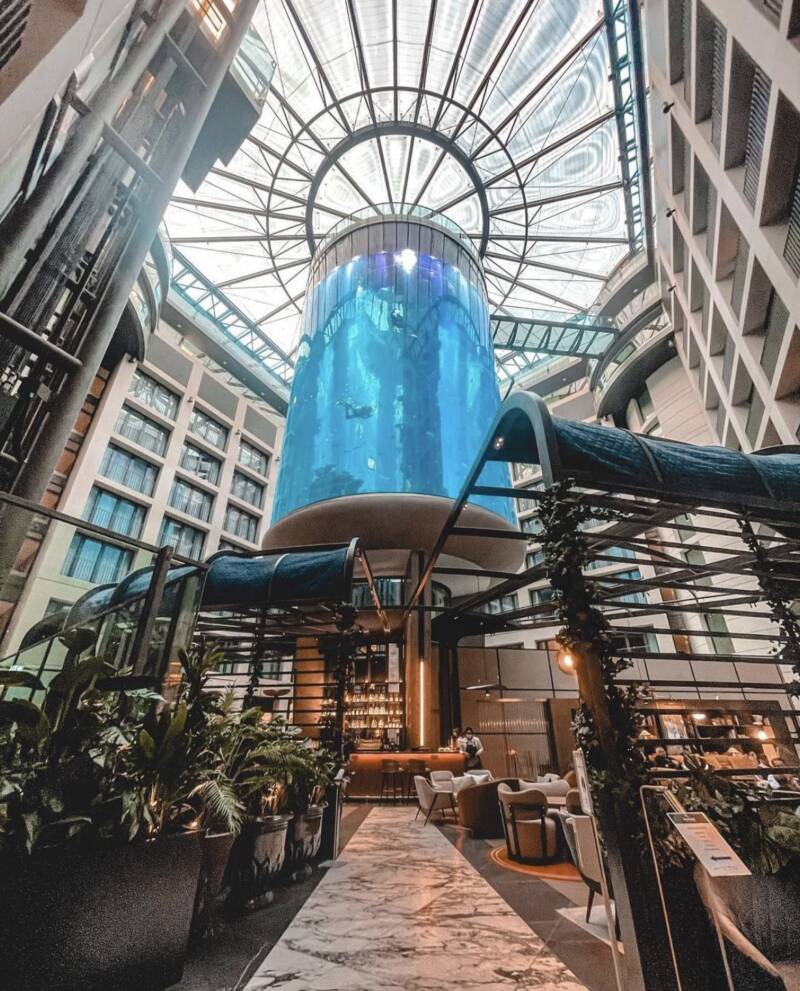 TwitterThe AquaDom aquarium in the Radisson hotel lobby prior to the incident was a major attraction and featured a ten-minute elevator ride through the center.

Sea Life meanwhile said that it was shocked and saddened by the incident, and that it is collecting more information from the AquaDom’s owner, Union Investment Real Estate, to determine a cause for the sudden explosion.

Hours later, an entire block of the street outside remained shut down and covered in water, The New York Times reports. The force of the water is estimated to have weighed around 100 tons and torn plants and telephone poles from the ground. 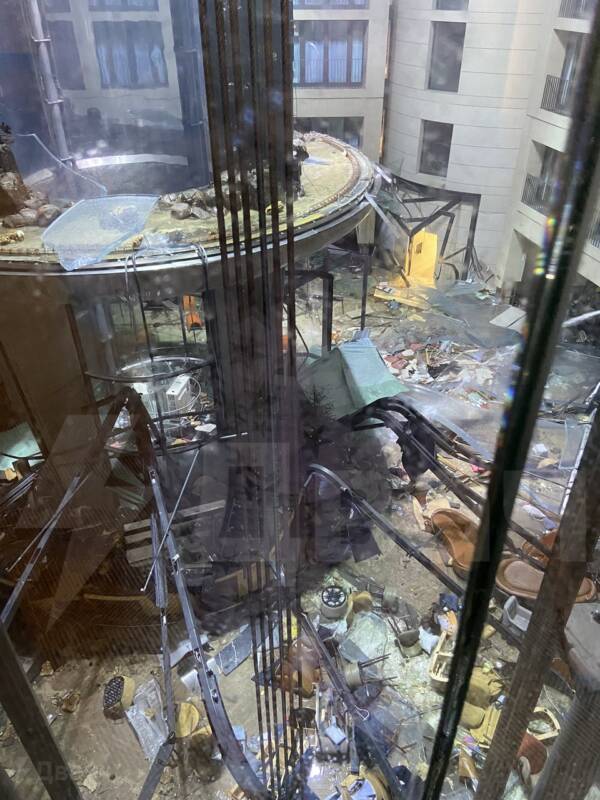 TwitterThe Radisson hotel emailed its Loyalty Members informing them that it would remain closed until any structural damage could be properly assessed.

In the early afternoon, firefighters arrived to help with the cleanup effort, assess the damage, and save any remaining fish in the building — many of which were thankfully in the building’s basement breeding facility.

“We have to pump out a mass of water. We have to check and completely stabilize the building here. Also — and this is our number one priority right now — we have to save the living fish that are in the basement,” said James Klein, spokesman for the Berlin Fire Department.

Numerous businesses including local veterinary practices and the Berlin Zoo offered to take in the surviving fish as well.

“It’s a tragedy for the fish,” said Markus Kamrad, an official at the Berlin Senate responsible for animal protection. “The good news is that we really were able to save many protected and rare species.”

After reading about this devastating aquarium news, read about the aquarium jazz night that ended with a man swimming naked with sharks. Or, check out these 27 incredible underwater photos of schooling fish.