The two men were found with their fingers entwined in each other's hands. 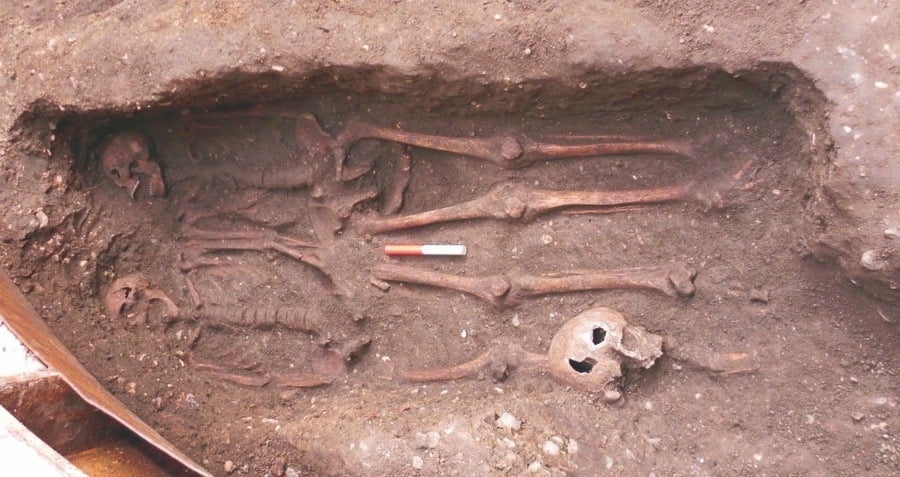 Archaeologists have discovered the skeletons of two men who died more than 600 years ago holding hands in a grave underneath London.

Furthermore, the team from the Museum of London Archaeology that excavated the shared grave told Live Science that they were puzzled as to why the two men were holding hands. They suspect that the pair were either lovers or were related to each other.

The two men were both facing to the right and had their hands clasped together and their fingers entwined, according to Live Science.

The archaeologists found the two men in the deepest level of a cemetery containing more than 50,000 dead bodies in total.

Roughly half of the corpses excavated from this site were infected with the bacteria that causes the bubonic plague (although the test for such bacteria only has a 30 percent chance of returning a positive result if a corpse is infected).

“This confirmed that the cemetery was used for the burial of Black Death victims,” Don Walker, a senior human osteologist at the Museum of London Archaeology, told Live Science. “The results suggest that a high proportion of the burials may have had [the] plague.”

And as for the two male victims in question, according to Live Science, Walker thinks that both men were indeed victims of the bubonic plague. One of the men was somewhere between the age of 36 to 45 years old while the other was at least 46 years old.

“It was quite common for family members to be buried together if they died at or around the same time,” Walker said, speculating on why they were holding hands. “They may have been brothers or had some other connection. Until DNA testing is done, we cannot be sure.”

Alternatively, time itself could have moved the two hands together. “As the bodies were lying side-by-side, the hands may well have been close already,” Walker said. “For example, the arms could have fallen off the hip onto the grave floor.”

Next, check out the giant ancient Egyptian pharaoh statue that was found underneath a Cairo slum, before finding out about the antibiotics and painkillers that Neanderthals were taking 50,000 years ago.