11 Heartwarming Photos Of Koalas Returning Home After The Australian Bushfires

Photos of the furry patients' release were shared online by the Greater Port Macquarie Facebook page. 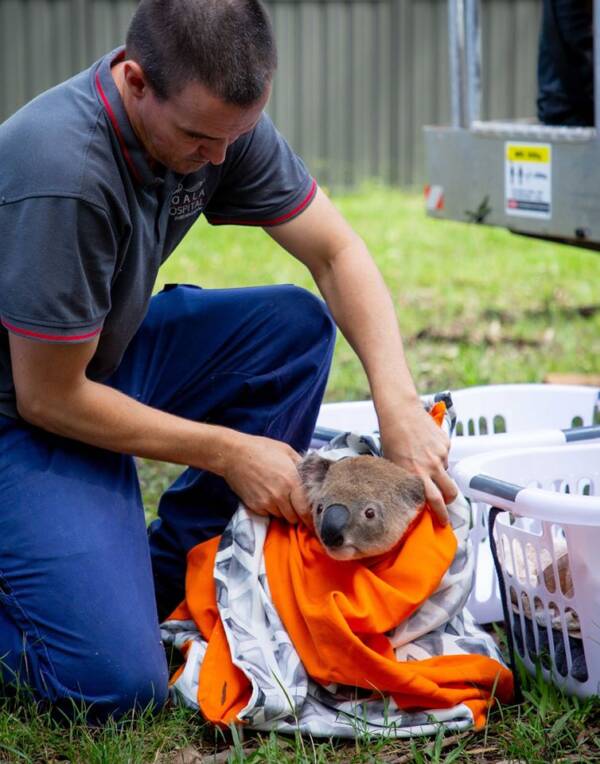 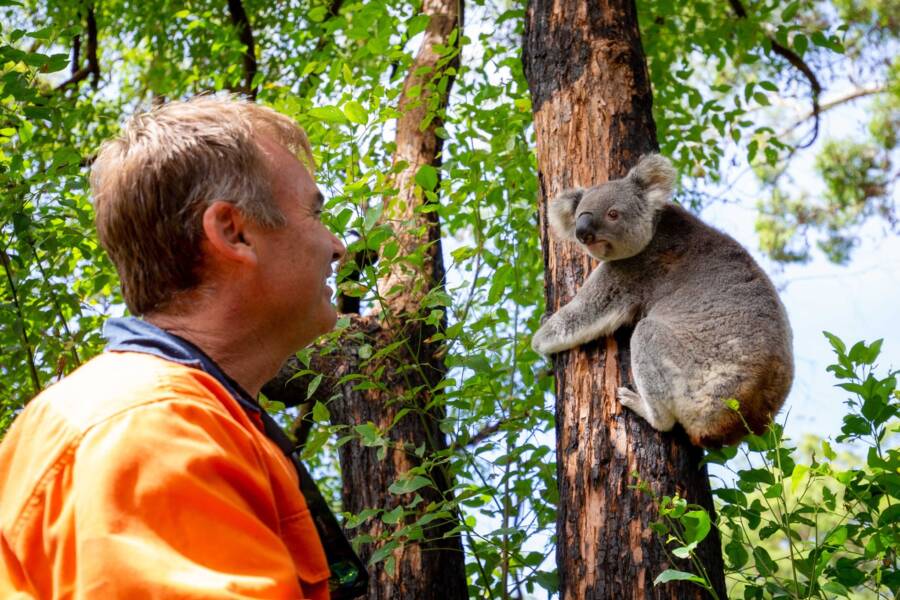 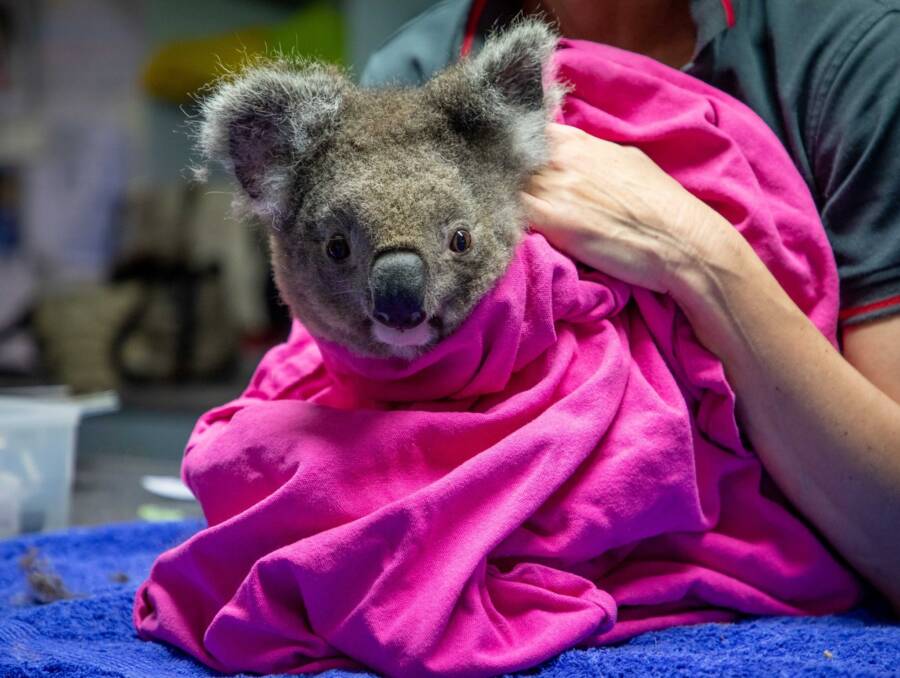 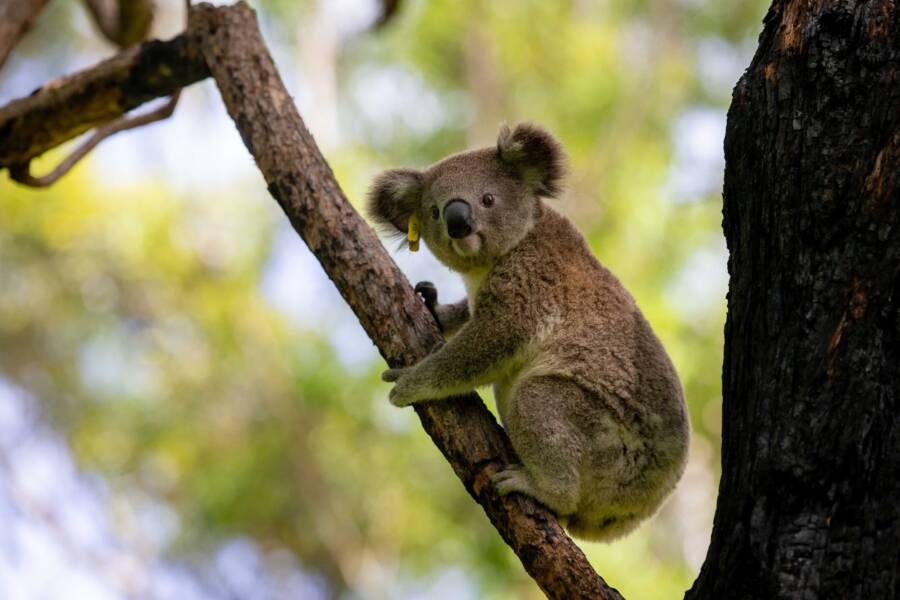 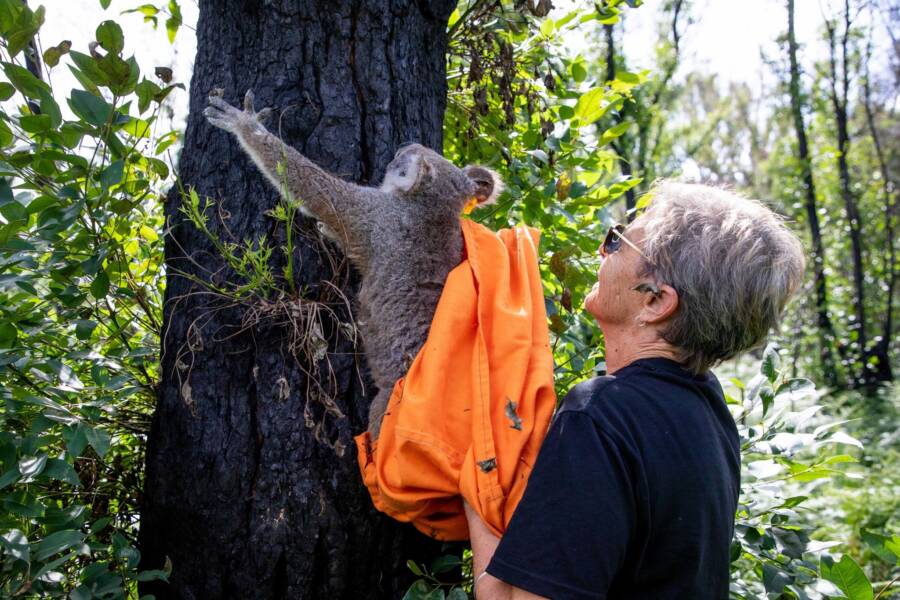 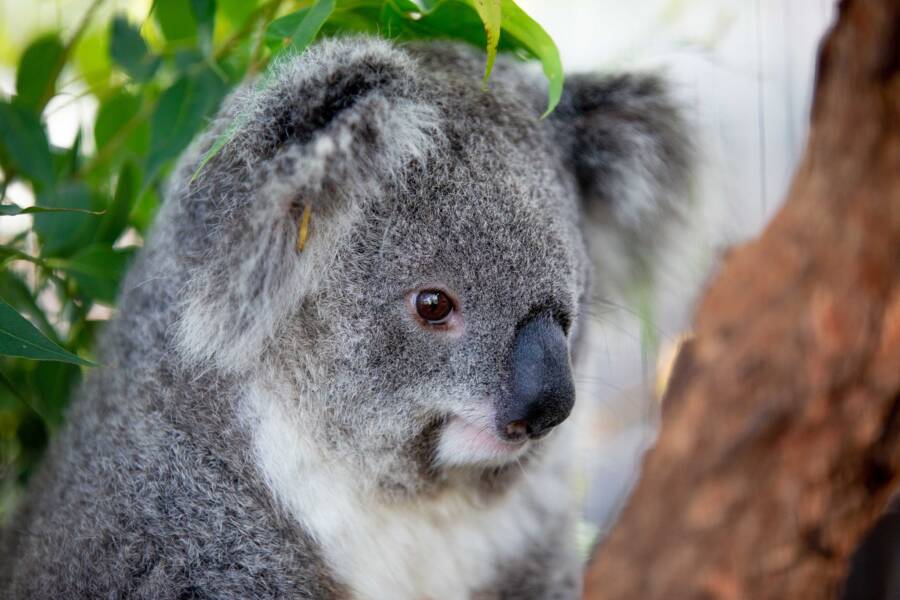 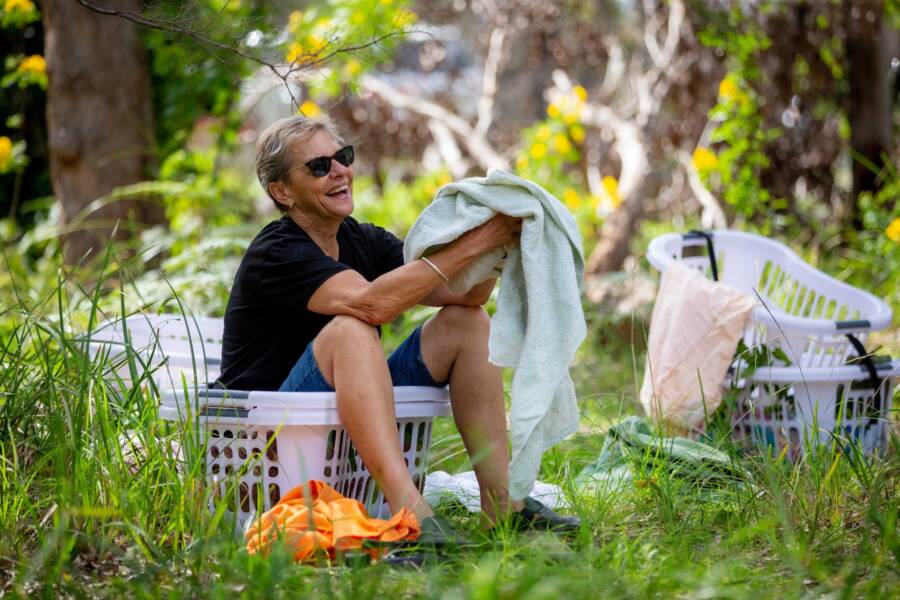 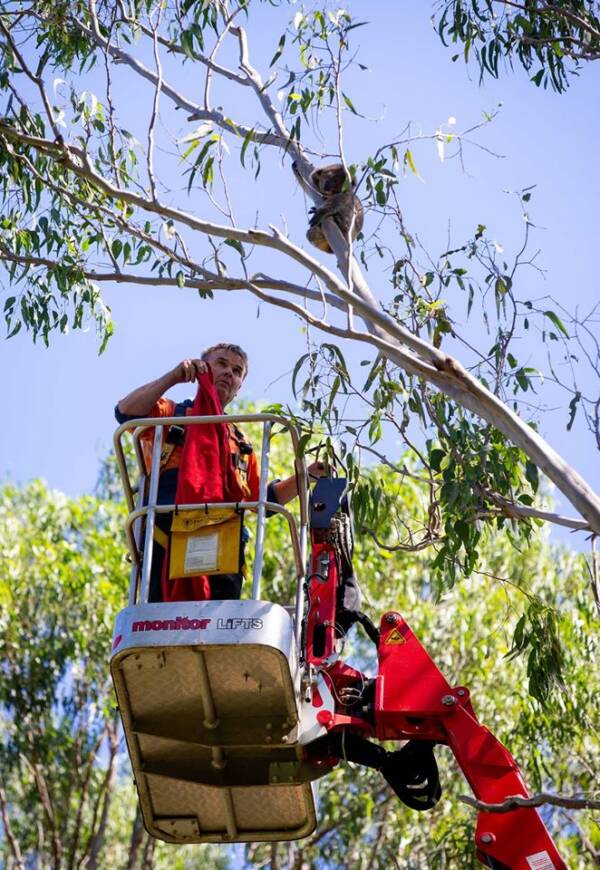 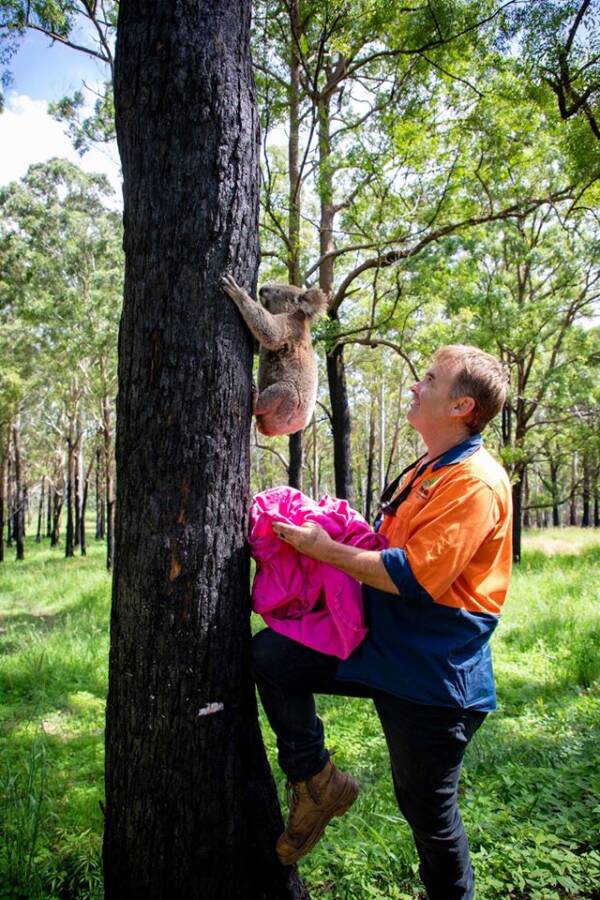 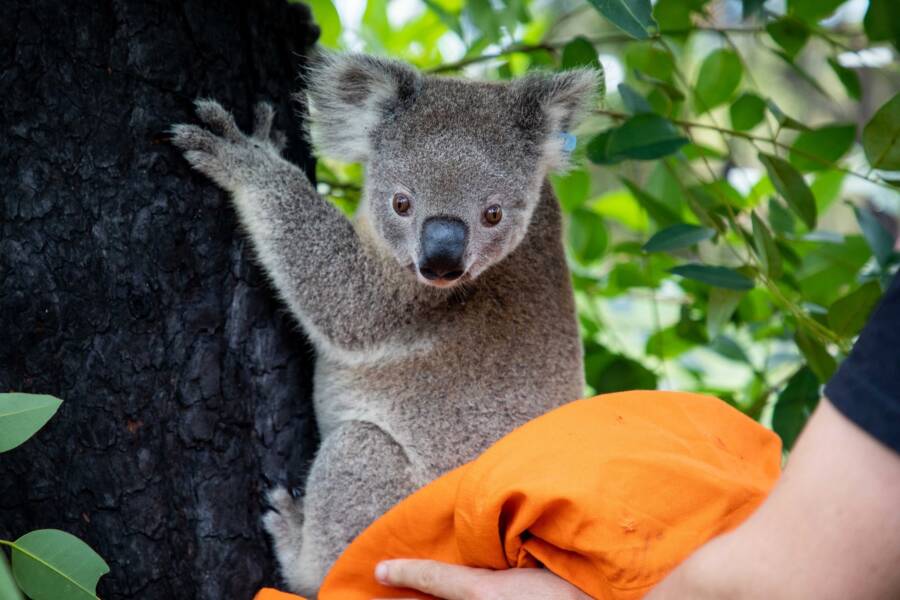 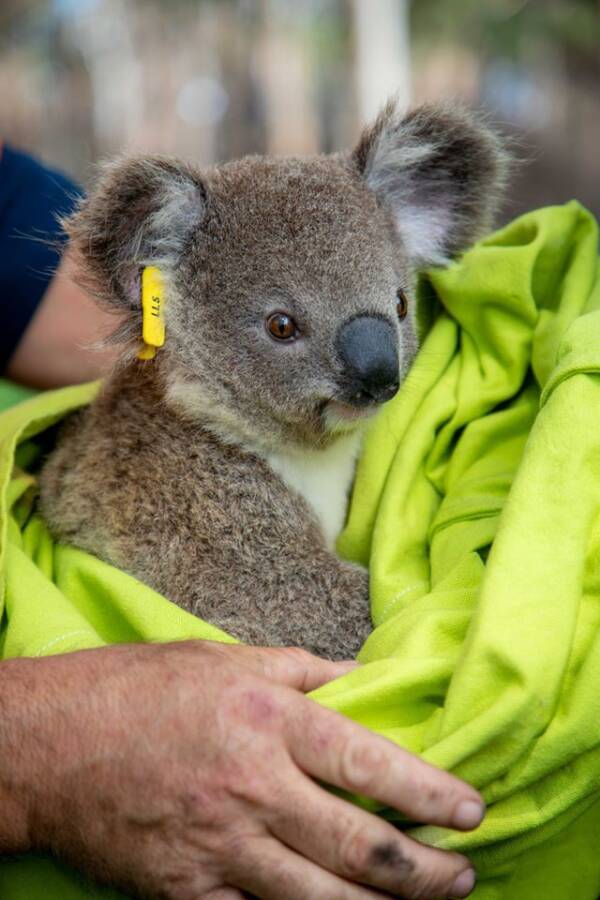 The world feels dark these days, but in early April, the small Australian town of Port Macquarie had good cause to celebrate a little.

As IFLScience reports, the Koala Hospital at Port Macquarie were finally able to release some of their furry patients back into the wild following the destructive Australian bushfires.

There were 49 koalas in total undergoing treatment for burns and other severe injuries they endured during the catastrophe.

Now, after months of intensive care, the hospital has begun releasing their koala patients. Some of them were even fortunate enough to return to their original trees. The happy news and a few photographs of the releases were shared online by the Greater Port Macquarie Facebook page.

"This was an incredibly emotional moment for the vets, volunteers, and koalas," the Greater Port Macquarie Facebook page wrote in the post.

"Their habitat is recovering beautifully with the recent rain and there is plenty of food and water. What a journey! Oh, the stories they will tell their furry friends!"

Earlier in the week Anwen, the first female koala to be admitted during the bushfires of October 2019, was joyfully released back into her original habitat in the Lake Innes Nature Reserve. We just love this video, giving us a glimpse into a day in the life of the amazing staff and volunteers (and their furry charges!) at Koala Hospital Port Macquarie - thank you! Aaaawwww - go well little Anwen! #lovekoalas #savethekoalas #iloveportmacquarie #fightingspirit #firerecovery #home #regrowth #mytree #thankyou

Among the recovered koalas that have been released is Anwen, a female koala who was the first admitted into the hospital during the start of the bushfires in October 2019.

Anwen underwent fives months of treatment to recover from her burn injuries and a Chlamydia infection. Now, she is finally back in her original habitat at the Lake Innes Nature Reserve.

Anwen's heartfelt discharge from the Koala Hospital was documented by the facility caretakers and shared by the Greater Port Macquarie Facebook page, too.

Although the Koala Hospital has closed its facility to the public due to the COVID-19 outbreak, the hospital is continuing operations while safe social distancing measures are being practiced among its staff.

In addition to providing the koala rescues with treatment and rehabilitation over the past months, the mighty team at the Koala Hospital has also been busy with another project.

The hospital is building drinking stations that will be dispersed in areas of the burnt forests that are heavily populated by koalas and other animals.

The drinking stations are equipped with a foot-level drinking pot meant for ground animals like wombats and kangaroos and another higher-level drinking landing accessible to tree-climbing koalas and birds.

Each station is also equipped with a camera so that the hospital can monitor the animals' condition.

The Koala Hospital plans to build and distribute 10 drinking stations every week which will support the welfare of wildlife in the bushfires that ravaged parts of eastern Australia, specifically in the state of New South Wales (NSW), as the destroyed habitats continue to recover.

The Koala Hospital's drinking station project successfully came to fruition thanks to the outpouring of donations to the project's GoFundMe page which has now raised nearly eight million dollars and counting.

The overwhelming response has also provided the hospital with enough money to initiate a Wild Koala Breeding Program at its facility, the first of its kind in the world.

The Koala Hospital estimated around 1.25 billion of Australia's native animals perished while 8,000 koalas were killed during the bushfires which the facility described as "armageddon" in their quarterly publication Gum Tips.

"It has been horrific, terrifying and so heartbreaking," the hospital wrote. "It felt like the whole country was on fire with every news media outlet showing."

Thankfully, for now at least, the nightmare has ended.

Next, watch as a good Samaritan literally pulls the shirt off her back to rescue a trapped koala from an Australian bushfire and read how an orphaned baby koala was adopted by a golden retriever.