An orphaned koala found his way to the fluffy, gentle back of Asha the golden retriever, whom the koala refused to leave until forcibly removed. 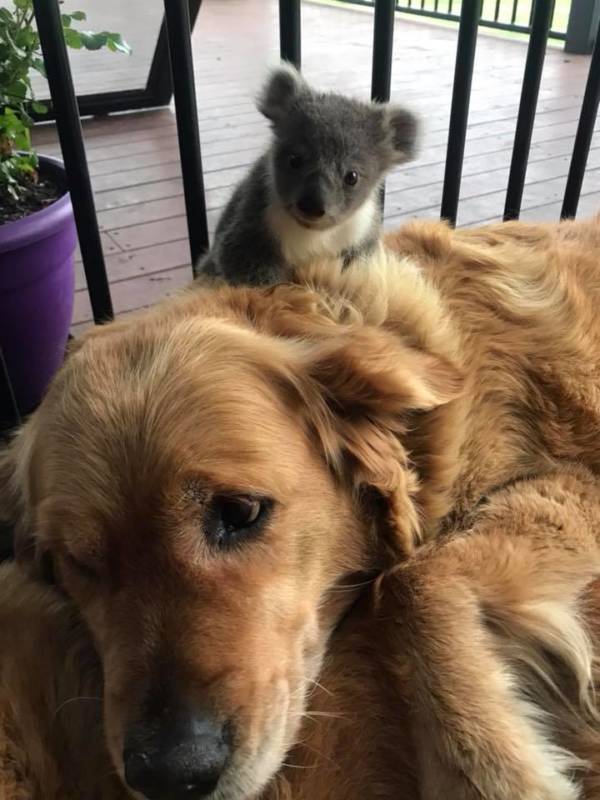 Asha the retriever is dubious of the little joey on her back.

Australia has recently been the buzz with a feel-good story featuring a golden retriever and an orphaned koala.

Asha, the heroic golden, went viral after pictures of her comforting a lost baby koala were posted to social media – and for good reason. The pictures are adorable:

“It was quite early in the morning, and my husband yelled out to me to come have a look at something,” Kerry McKinnon recalled. “I didn’t know what he was talking about at first but then I saw this tiny koala snuggled on top of Asha.” 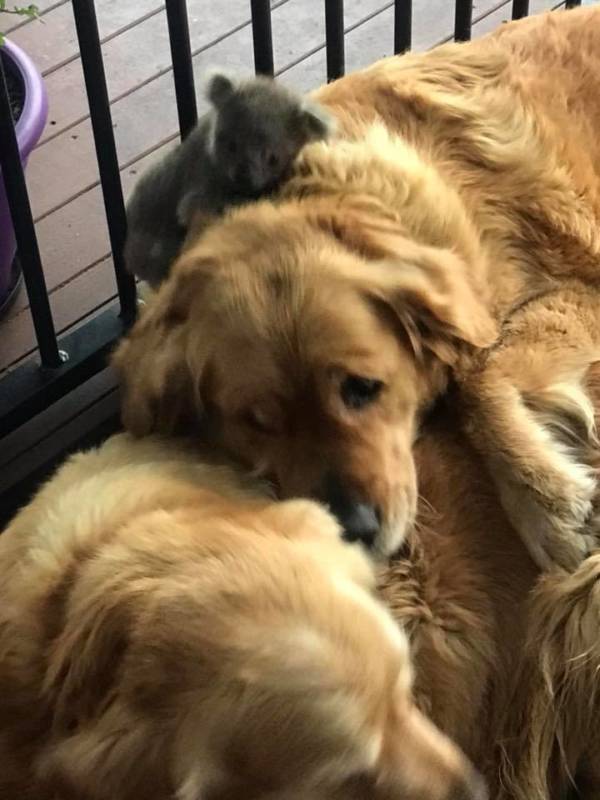 Temperatures in Strathdownie in Western Victoria where McKinnon and her very good girl live can often plummet to just 41 degrees in the early hours. It is likely that the baby koala became separated from its mother’s pouch and sought warmth nearby – which just happened to be a sleeping Asha outside.

“He would have just wandered over to our back porch and seen the dogs in their beds, then decided to snuggle in Asha’s fur because it’s nice and warm.”

McKinnon believes the baby koala could easily have died from the cold had he not found Asha, “The poor thing could have been taken by a fox or something too,” she added. 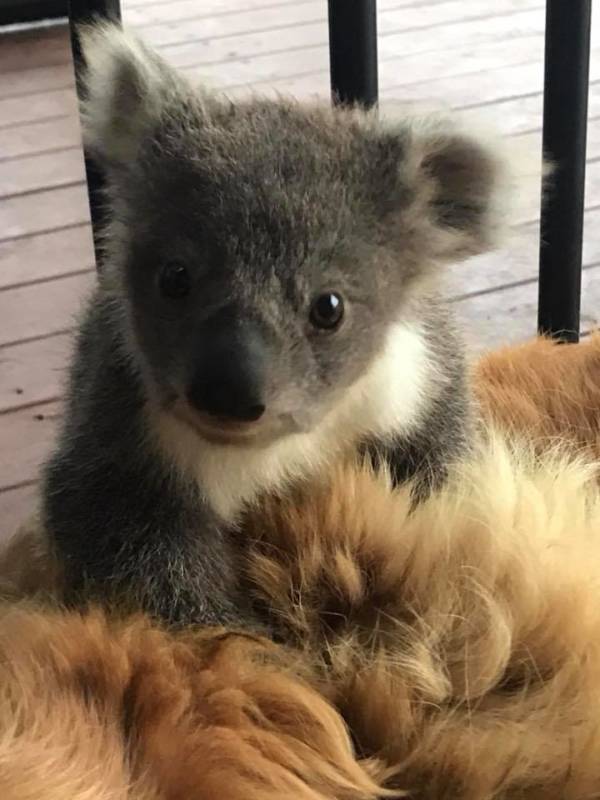 The cuddly pair were not easy to separate as the koala began to hiss and “fuss” when McKinnon reached for it. Eventually, a local koala carer was called and the baby ‘joey’ is in good hands. But, Asha will certainly be missed. 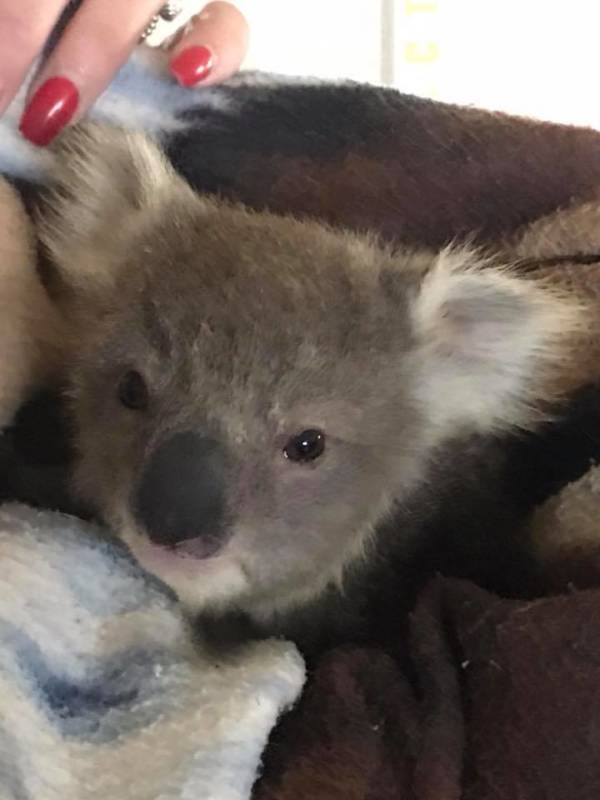 “I think it would have been happy to have just slept there all day.”

McKinnon appears proud of her gentle retriever, as perhaps she should be. We would all be happy to receive such a cuddle from Asha.

Next up in all-things-animals, check out this gallery of extinct animals that could be cloned back into existence. Then, read about the world’s most dangerous creatures.