The bushfires that raged in Australia in December 2019 and January 2020 destroyed about 88% of the pygmy possum's territory. 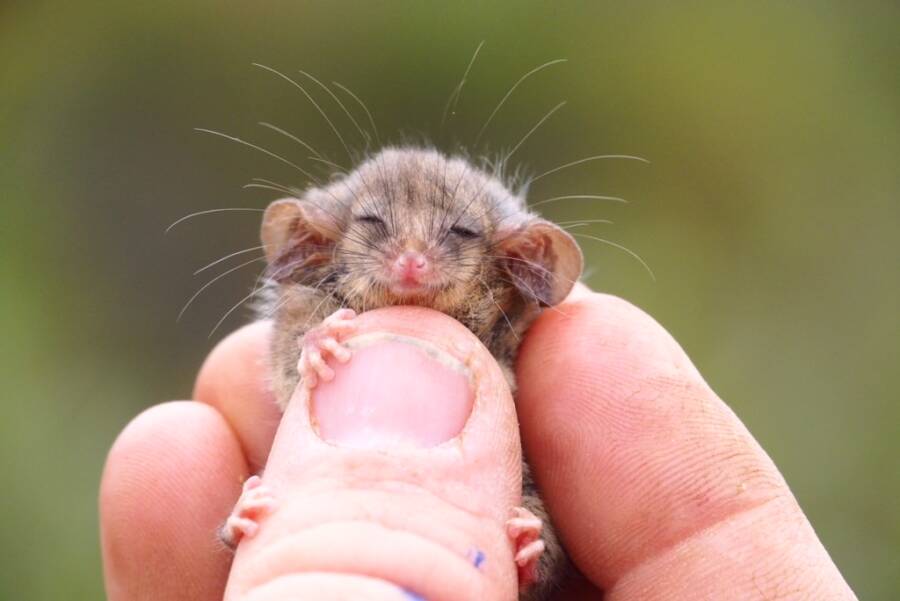 Last year’s Australian bushfire season was so devastating that it became colloquially known as Black Summer. It cost the government more than $100 billion and saw countless animal species scurry for their lives. Kangaroo Island’s pygmy possums, for one, were thought to have been wiped out in the flames — until now.

According to The Guardian, regional experts were concerned that these tiny possums had disappeared from the South Australian landmass, where almost half of its 440,500 hectares burned in December 2019 and January 2020.

Fortunately, at least one of these critters has been found. Though the blaze nearly destroyed its entire habitat, a lone survivor has finally appeared. To the joy of the Kangaroo Island Land for Wildlife conservation group, it seems it’ll take more than a fiery hellscape to rid the place of its smallest possum.

“This capture is the first documented record of the species surviving post-fire,” said ecologist Pat Hodgens.

“The fire did burn through about 88 percent of that species’ predicted range, so we really weren’t sure what the impact of the fires would be, but it’s pretty obvious the population would have been pretty severely impacted.” 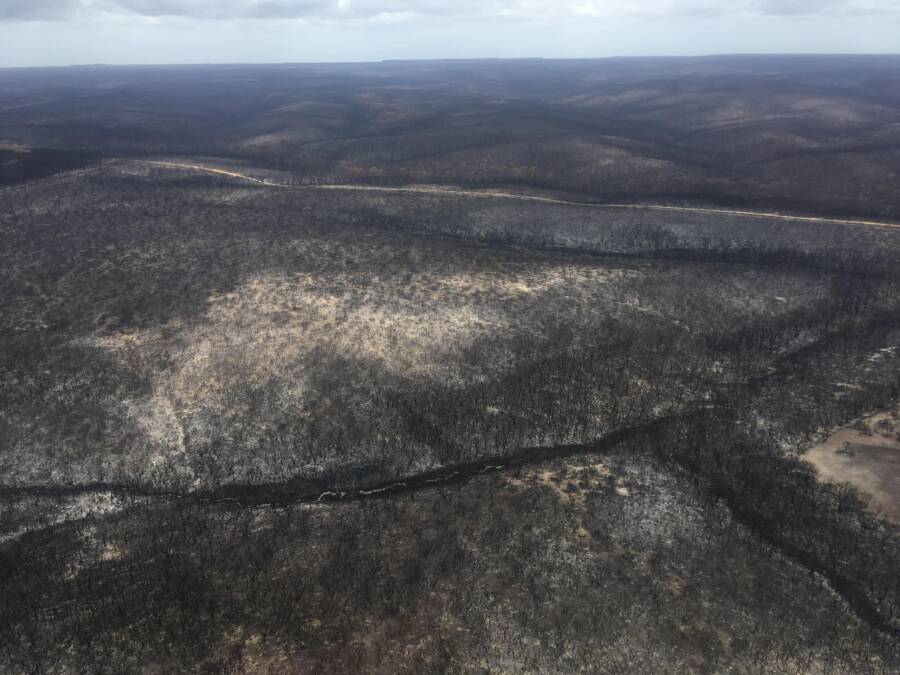 Formally known as Cercartetus lepidus, the pygmy possum is described as the smallest possum on Earth. At around 0.02 pounds, it’s naturally a pretty difficult species to find and study. According to ABC News Australia, they primarily inhabit Tasmania, parts of South Australia and Victoria — and Kangaroo Island.

“There’s only really been 113 formal records of the species [ever on Kangaroo Island],” said Hodgens. “So certainly not very common and, obviously, the summer bushfire burnt through much of that habitat that species had, but we were certainly hopeful that we would find them.”

An entire year has passed since the island resembled one of the deeper layers of hell, so Kangaroo Island Land for Wildlife was thrilled at last week’s discovery. Black Summer had turned almost 90 homes into ash, killed two people, and decimated a substantial portion of the region’s wildlife.

Hodgens explained that the conservation group was completing a thorough survey of the forest in order to assess what species were left when they found the tiny possum. The team was adamant “to try to do everything we can to protect them to ensure that they hang around during this pretty critical time.” 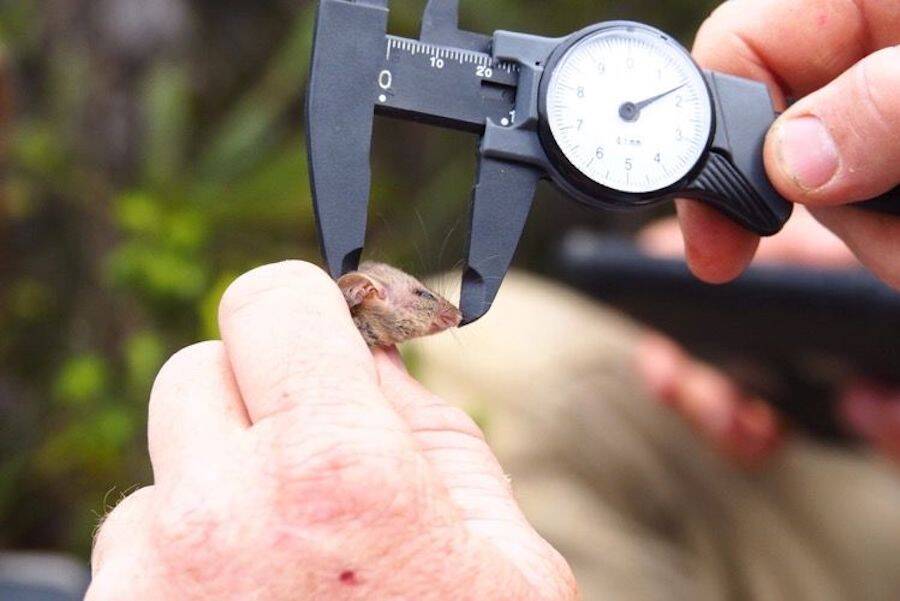 Kangaroo Island Land For WildlifeWhile the discovery was an ecological triumph, the tiny species is still threatened by native predators like feral cats.

The trouble now is that feral cats abound on the island and serve as one of biggest predatory threats to these critters. Researchers have already found several pygmy possums in their stomachs, and are eager to help them evade these felines until the island’s hampered possum population can take care of itself.

On top of that, Hodgens explained that there’s a frustrating data deficiency that limits our understanding of the species. Fortunately, Kangaroo Island Land for Wildlife is working tirelessly to change that.

The group has also found a wealth of surviving species across 20 different sites on the island.

From southern brown bandicoots, bibrons toadlets, and native bush rats to brush-tailed possums, tammar wallabies, and the western pygmy possum — our adorable little friend is not alone. Nonetheless, these fires have done an extraordinary amount of damage. 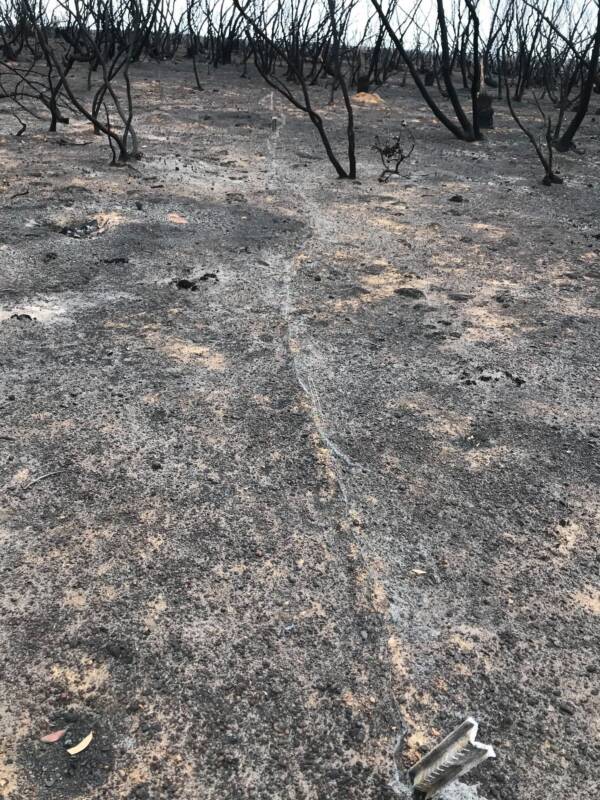 Kangaroo Island Land For WildlifeWhile the bushland regenerates, species like the pygmy possum are utterly exposed to predatory threats.

“It’s very important now because it is kind of like the last refuge for a lot of these species that really rely on very old long, unburned vegetation,” said Hodgens.

Hodgens and ecologists of his ilk are certainly relieved that more than 20 wildlife species have been discovered alive on the island. While that’s truly positive news, only time will tell what kind of damage has actually befallen Kangaroo Island’s non-human residents as a result of the astonishing bushfire season.

“It impacted all walks of life across the island and in our community,” said Hodgens. “It’s still, nearly a year on, really early for us to even guess what the impact has been on a lot of these species.”

“There’s still a whole lot of species where we don’t know how their populations have fared during the fires and we don’t know how they’re going to fare in the long term,” said Hodgens. “We owe it to these species to do everything we can to protect them and ensure that they are around for future generations.” 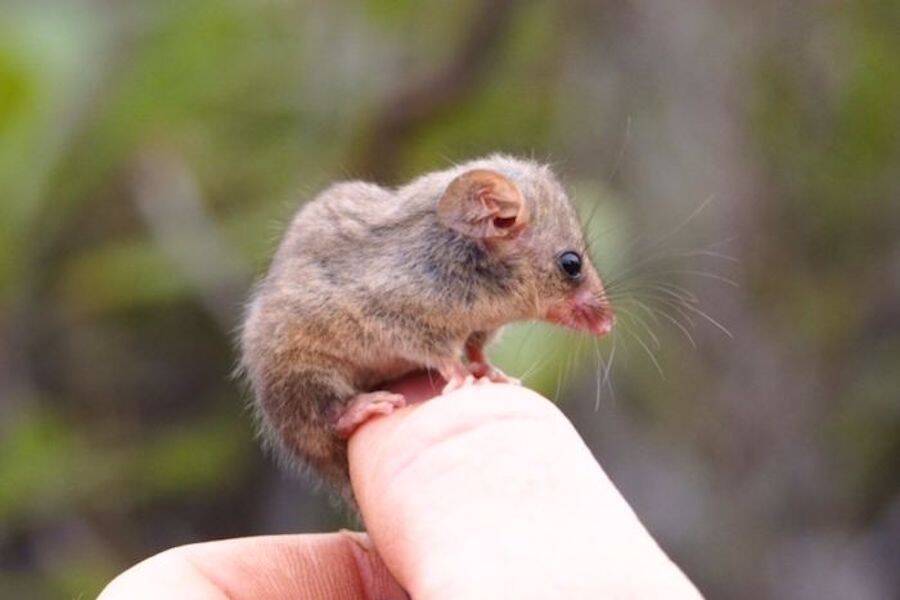 Kangaroo Island Land For WildlifeThe conservation group has discovered more than 20 other species showing signs of life on the island — though it’s still too early to gauge the fire’s full ramifications.

Hodgens elaborated on the plight of other species, such as Kangaroo Island’s native swamp rat — which has yet to be found alive.

“We don’t know a lot about that species because it is pretty rare around the island and also fairly susceptible to the wildfire events,” he said. “Even with all the fauna survey efforts and camera trapping that we’re doing, we’re still yet to locate an individual swamp rat.”

In the end, the pygmy possum find has proven a silver lining on a year that has been utterly disastrous in terms of global wildlife populations. From the oceans warming at dangerous rates to a rampant increase in fires across the planet, we’ve come to a point where finding a single pygmy possum is a triumph.

It’s worth celebrating this small victory for a moment — before continuing to help these vulnerable animals however we humanly can.

After learning about the pygmy possum discovered on Kangaroo Island in wake of alarming bushfires, read about how Patsy the Wonder Dog saved 900 sheep from the bushfires. Then, see heartwarming photos of koalas returning to their homes after the fires.