The black leopard hasn't been photographed in Africa in more than a century. Now, 110 years later, biologists from the San Diego Zoo have broken that trend. 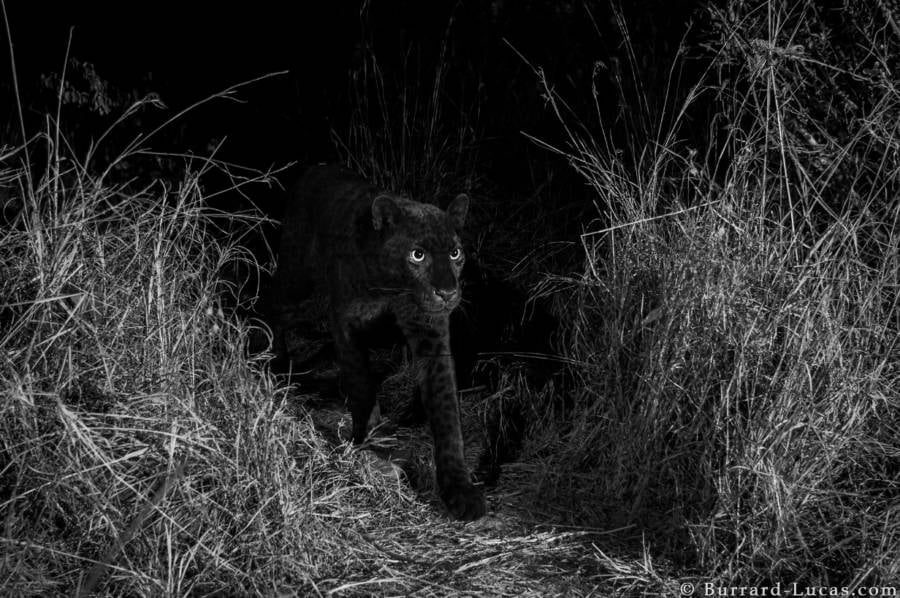 Will Burrard-Lucas/TwitterOne of the recent photos that reportedly reveals the rare African black leopard on film for the first time in more than a century.

There’s been plenty of anecdotal evidence of the black leopard’s continued existence in Africa since its last confirmed sighting in 1909, but a team of San Diego Zoo biologists finally managed to get actual, photographic confirmation.

Black leopards (or black panthers) have been an elusive species on the African continent, at least on film, according to CNN. The animal’s first documented sighting in more than a century was claimed by Nick Pilfold, a global conservation scientist at the San Diego Zoo, and was published in the African Journal of Ecology.

“It is likely that black leopards have been living in Kenya all along, it is only that high-quality imagery to confirm it has been missing until now,” said Pilfold.

However, Kenyan newspaper Daily Nation claimed on Tuesday that its own photographer, Phoebe Okall, already photographed a black leopard in Kenya as far back as 2013, it’s currently unclear whether or not that image ever saw the light of day at the time. Leader of Nairobi’s Ukweli Party, Boniface Mwangi, is adamant the first modern documented sighting belongs to Okall.

In 2013 @dailynation photographer Phoebe Okall @okallkinya1 shot this picture of a black leopard in Ol Jogi Wildlife Conservancy. She was on a news assignment with her basic gear, spotted the cat and shot the pic. 2013. First time in almost 100 years goes to @okallkinya1 then. pic.twitter.com/FngtHiI6OO

Pilfold said he’s well “aware of a few different photos taken over the years, but most of them are taken from a distance and could not be used as confirmatory evidence.” As for Okall’s photo, specifically, Pilfold said the animal was “a captive black leopard that was brought from America as a kitten to Kenya, not wild.”

“Prior to the observations in our published paper, the last confirmed observation (in the published record) was 1909 in Ethiopia,” said Pilfold, adding that despite numerous reported sightings of the species in Africa, black leopards are highly rare on the continent.

The methodology Pilfold and his team employed was rather simple — they merely placed a roster of remote cameras in areas where sightings were reported, which was a conservancy area near Laikipia County in this case, with black leopards eventually making their on-screen entrances.

“We intensified our camera placement in the area the reports were being made,” said Pilfold. “Within a few months, we were rewarded with multiple observations on our cameras.” 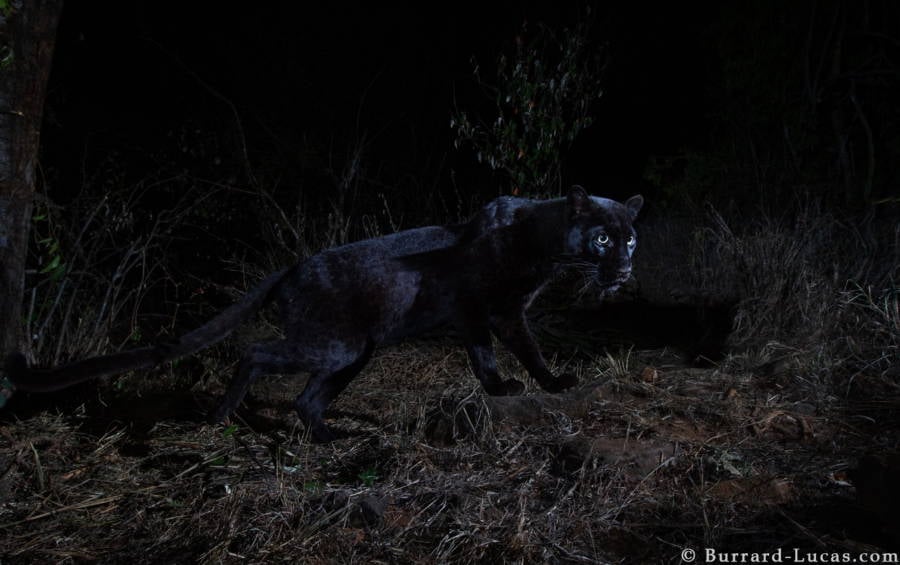 The black leopard is as dark as it is due to a gene mutation called melanism, which has the body produce an overabundance of pigment — essentially the opposite of albinism.

“Melanism occurs in about 11 percent of leopards globally, but most of these leopards live in South East Asia,” explained Pilfold.

As the published research denotes: “The adaptive significance of melanism is not clearly understood, but most hypotheses suggest environment as a potential driver, with higher frequencies of black leopards found in tropical and humid environments.” 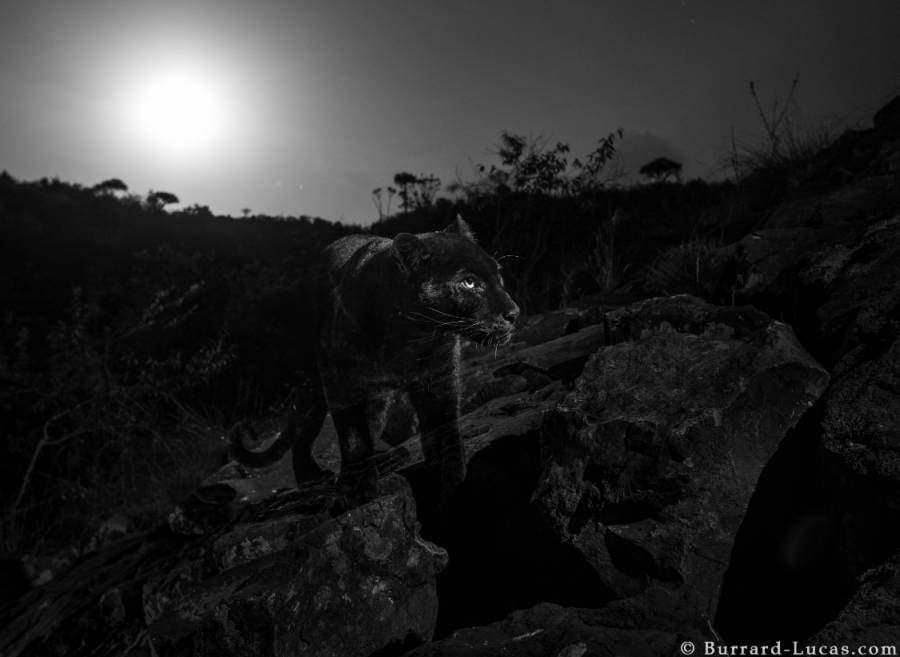 Using the automated Camtraptions Camera to capture the animal was a personal milestone for photographer Will Burrard-Lucas. Placed in close proximity to water sources and animal trails, they were running for 24 hours per day in most areas, and only ran at night in public places.

As expressed on Burrard-Lucas’ blog, this digital encounter with the mysterious black leopard has been a lifelong dream, and a truly welcome encounter.

“For me, no animal is shrouded in more mystery, no animal more elusive, and no animal more beautiful,” he wrote. “For many years, they remained the stuff of dreams and of farfetched stories told around the campfire at night. Nobody I knew had ever seen one in the wild and I never thought that I would either.”

Here are more of my black leopard photos. What a stunning animal! I have shared a few more on instagram as well https://t.co/JNNq5eJ035 pic.twitter.com/cQAQPFQd6N

Leopards, in general, are labeled as critically endangered on the International Union for Conservation of Nature’s Red List of Endangered Species.

With their total population numbers still largely obscure, the San Diego Zoo is fairly certain that their decline can be attributed to factors like habitat loss, competition for prey, conflict with farmers, and illegal hunting.

Indeed, local leopard conservationist Ambrose Letoluai confirmed that the animal has caused trouble for people in the region, and might have wrought this additional human threat to population numbers on itself. Letoluai said that a Samburu tribal leader told him they’re infamous for slaughtering livestock and locally known as “calf killers.” 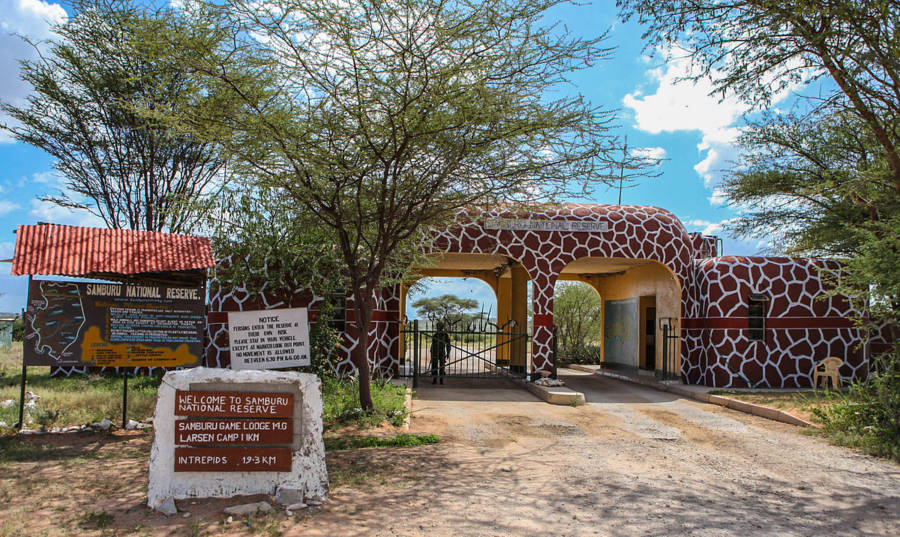 Pilfold, in partnership with the Kenya Wildlife Service, is working on garnering more accurate data in order to more effectively removed that “critically endangered” modifier from the species’ name.

Of course, the serendipitous connection between Marvel’s world record-breaking superhero film Black Panther — and its fictional setting of Wakanda being positioned in Kenya’s real-world location — wasn’t lost on Pilfold.

“Coincidentally, our observations are very close to where thee fantasy Marvel comic country of Wakanda is suggested to be located,” he said.

As it stands, Pilfold’s endeavors into Kenyan wildlife have been welcomed with open arms and received staunch support from regional experts such as Paula Kahumbu, a local conservationist. Kahumbu has heard of the black leopard’s sighting herself for quite some time but appreciated getting some actual evidence to her country’s name.

“Despite many challenges in the sector, Kenya’s wildlife continues to awe and inspire the world,” said Kahumbu. “I hope that this rare find persuades the authorities that we must balance conservation with development to protect our spectacular and mysterious species. I…hope it inspires a new generation of Kenyan wildlife scientists.”

After reading about the first documented sighting of a black leopard in Africa in more than 100 years, read about the century-long search for the legendary sea blob. Then, take a look at the rare white giraffe caught on video.