Female lions are normally quick to murder leopard cubs. But new photos from Tanzania show one mother helping out a three-week-old orphan. 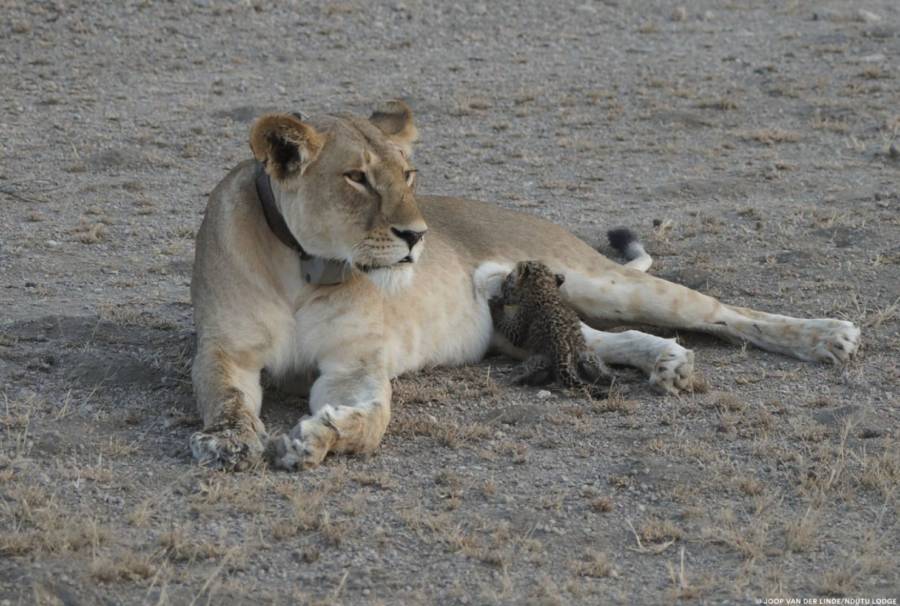 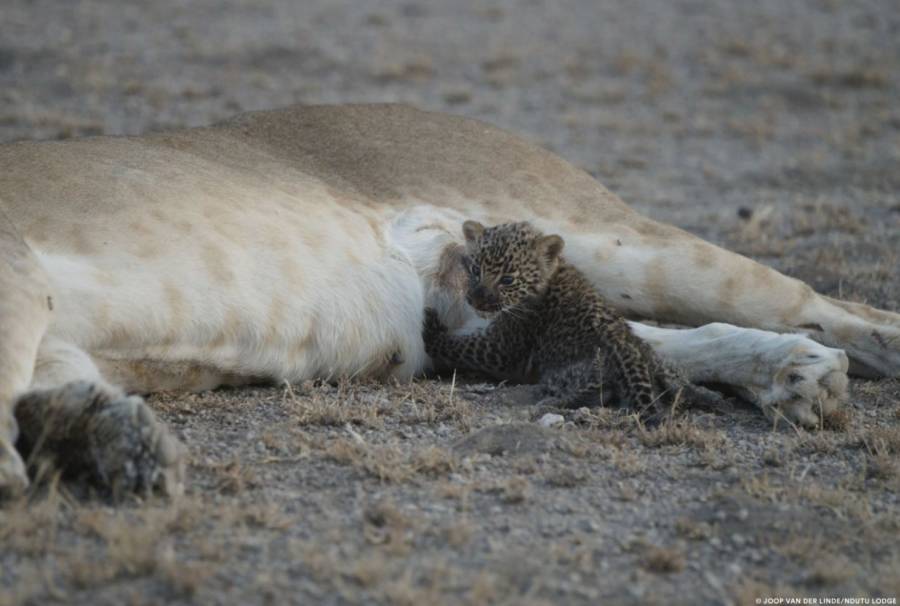 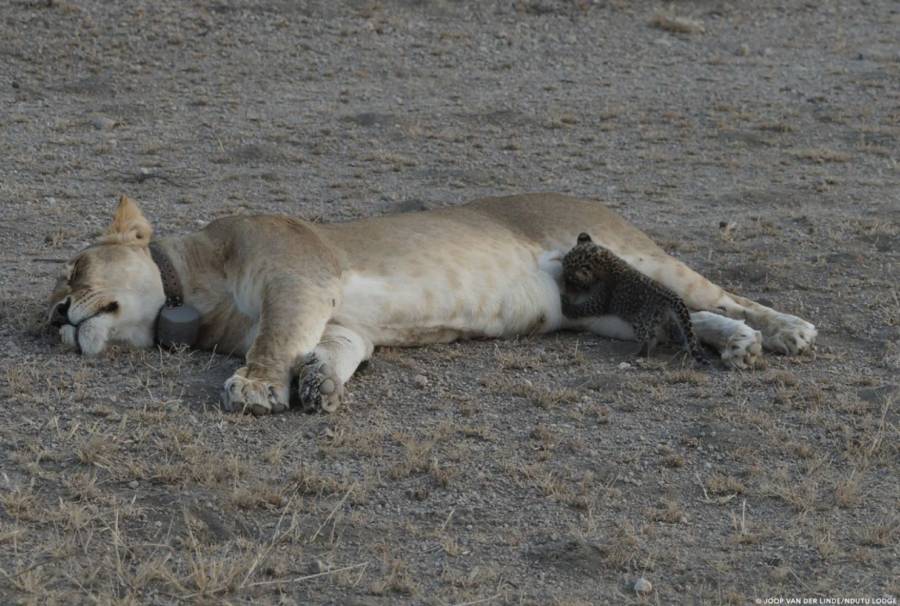 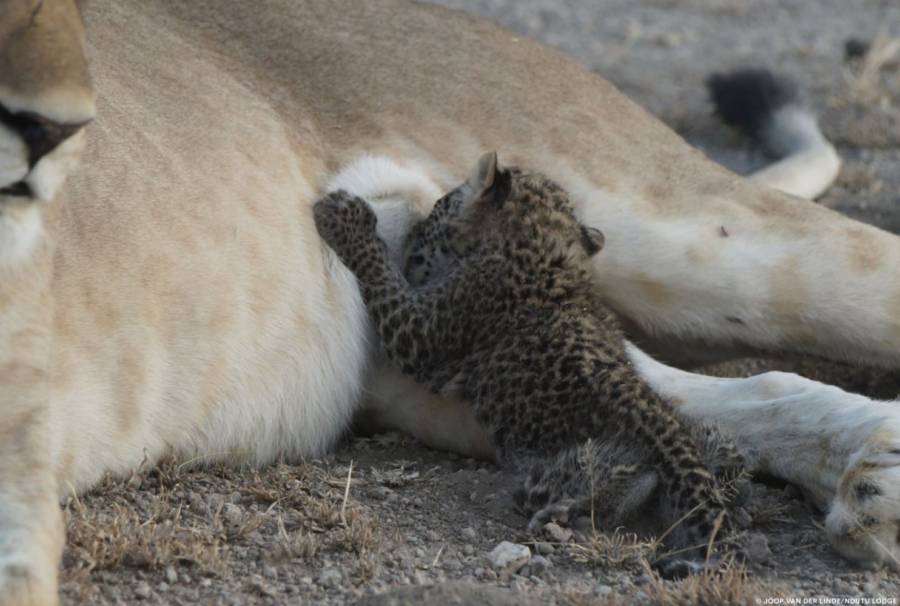 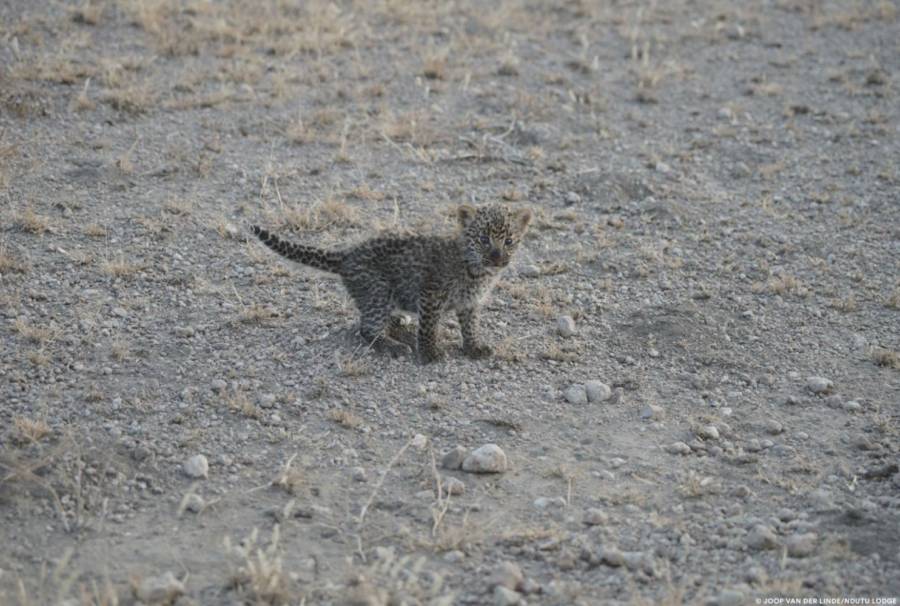 Though inter-species nursing has been seen in captivity, it is almost never observed in wild large cats.

Which is why, when he opened his email earlier this week, Luke Hunter's jaw dropped.

Hunter is the president of Panthera, a global wild cat conservation organization. And on his computer screen, he was looking at photos of a tiny leopard cub suckling on a wild lioness.

This is something that has never been recorded before -- and not only amongst lions. No large carnivore interspecies nursing of any kind has ever even been heard of in the wild.

"It's unprecedented," Hunter told The Washington Post. "It's a once-in-a-lifetime opportunity."

The incredible (and adorable) pictures were captured on Tuesday by a guest in the Ngorogoro Conservation Area in Tanzania.

In them, a lioness can be seen relaxing on a flat piece of the Serengeti. She's wild, though she wears a GPS around her neck to help conservation workers monitor her movement in case she gets too close to nearby farms.

The lion's name is Nosikitok and she has three baby cubs of her own that were born just last month. Because of this, she's "absolutely awash with maternal hormones and that instinct to take care of her own babies," Hunter said.

"This simply wouldn't have happened if she wasn't suckling her own babies."

Normally a female lion wouldn't hesitate to kill a baby leopard -- even going out of their way to get rid of a vulnerable leopard cub.

But with three cubs to care for, perhaps Nosikitok was just too tired to notice that this particular baby had an inordinate amount of spots?

It's also possible that Nosikitok has already lost her own babies, since she hasn't been near the den where she gave birth since last Thursday.

Whatever caused this bizarre interaction, though, Hunter is pretty sure the story won't have a happy ending.

Lion moms leave their pride to give birth and then come back with their cubs about eight weeks later. Even if she had decided to adopt the poor baby leopard (as sometimes happens in captivity) there's an extremely small chance things would go well if she tried to bring him home.

The freakishly cute baby leopard looks to be only three weeks old. It's unknown whether its simply lost track of its mom, or if she's died.

"That would be the most fascinating encounter to observe," he told the Post. "I would love for this to end nicely. But I think the challenges facing the little leopard cub are formidable."

Because that thought is extremely depressing, please enjoy this video of a definitely-still-alive leopard cub getting a bath in a kitchen sink:

Next, watch a happier video of a lost baby wildebeest who thinks a Hyundai Tuscon is its mom. Then, check out another baby animal video of a hippo that really wants a crocodile to play with it.