Until a few years ago, Indiana had few if any black vultures. Now, farmers are seeking federal permits to shoot the birds, which they say are eating their animals alive. 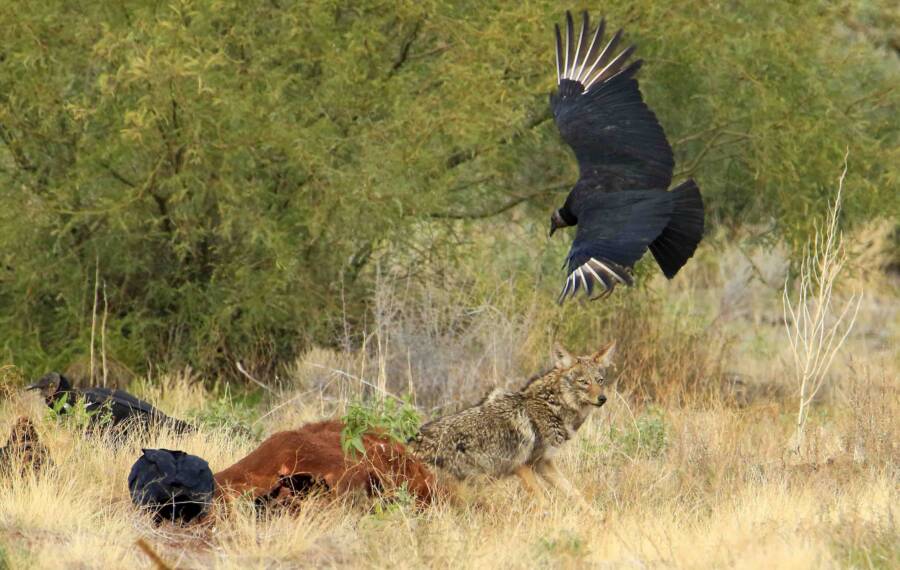 Flickr/Mark WatsonA black vulture swooping in on a dead cow.

While it’s ghastly to watch vultures feed on dead animal carcasses, these swooping terrors are an essential part of the ecosystem by eating carrion that could spread disease to other animals. However, in the last few years, farmers in the Midwest have seen them eat their cows — while they’re still alive.

The accounts are all the same and have sprung up from Kentucky and Ohio to Missouri and Oklahoma. According to The New York Times, livestock producer John Hardin’s farm in Scott County, Indiana, is regularly beset by eight to 10 black vultures who tear through his living calves like sandpaper.

“The black vultures, now that’s a very, very aggressive bird. They’re basically waiting for the cows and calves to die or try to kill them,” he said. “The last couple of years they have gotten really aggressive. They like the naval area and they will take it all the way down to the bone and hide.”

With a wingspan of five feet and a torso up to 29 inches, the black vulture (Coragyps atratus) is much larger than a turkey vulture and doesn’t wait for its prey to be dead. 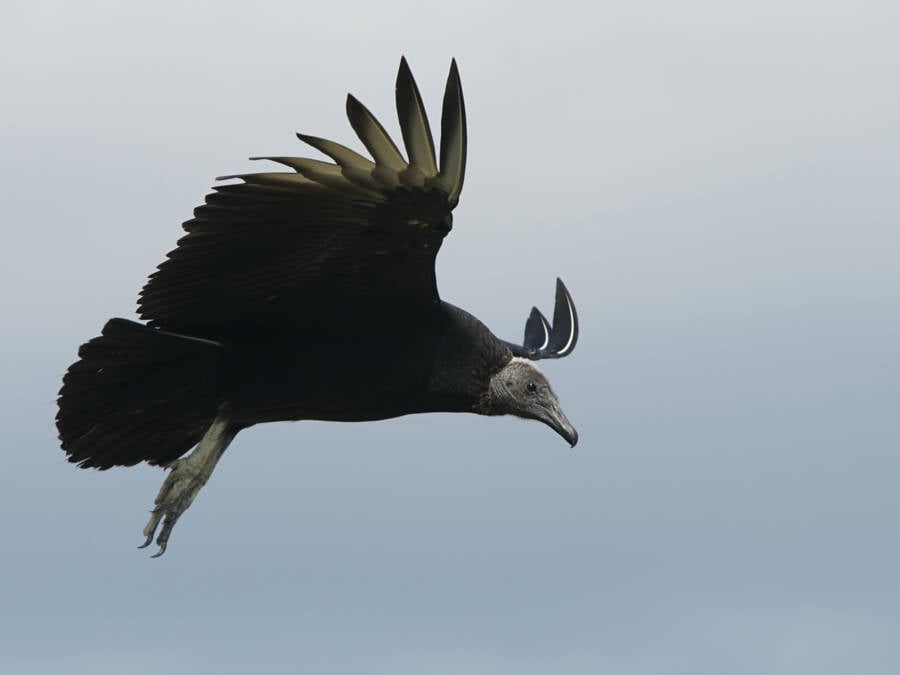 Wikimedia CommonsBlack vultures have a wingspan of five feet.

Commonly called “nature’s garbage disposals,” vultures have digestive and immune systems that allow them to eat the dead and diseased without issue. While that’s a critical part of the ecosystem, the scavenging has become so extreme that these birds are eradicating farmer’s livestock.

Kentucky alone sees between 500 to 600 cows killed by vultures per year, in addition to the lambs, piglets, kid goats, chickens, and turkeys that also succumb to the vultures’ hunger.

“The birds zero in during birth — essentially at the most vulnerable moment,” said Greg Slipher, a livestock specialist with the Indiana Farm Bureau. “Literally as the calf is on the way out of its mother we’re getting black vultures attacking the calf and attacking the mother.”

Embattled by birds who eat their cows, farmers like Hardin feel helpless — as shooting the internationally protected species could mean serious jail time without a permit. 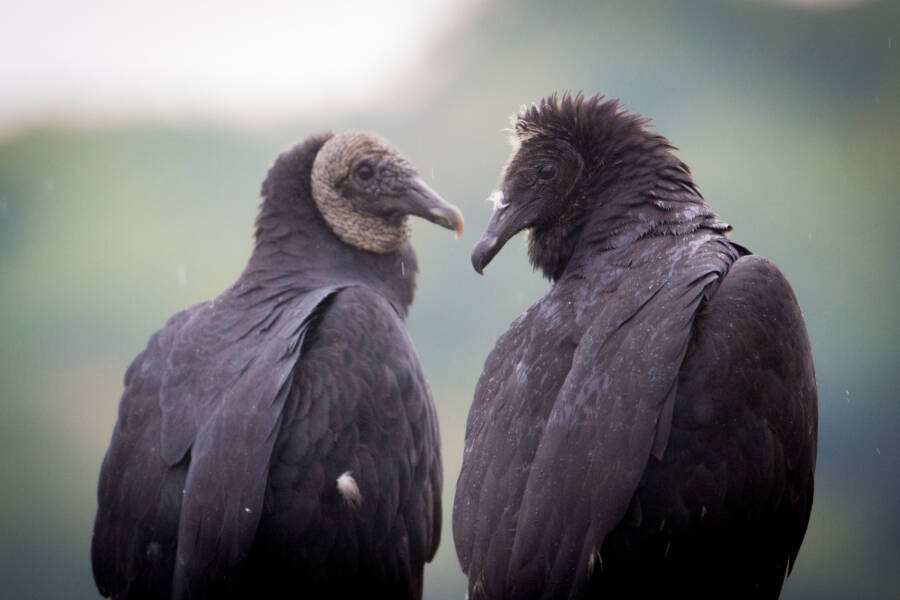 Protected under the Migratory Bird Treaty Act of 1918, it’s illegal to capture, kill, sell, or transport black vultures without the authorization of the U.S. Fish and Wildlife Service. Meanwhile, the situation in Indiana has worsened so thoroughly that the state has stepped in.

In August, the Indiana Farm Bureau introduced a program that has made it easier for farmers to obtain licenses to shoot these vultures down. The bureau will pay the $100 fee for the permit and undergo the lengthy process to secure them, removing the burden from farmers themselves.

This initiative began in Kentucky and Tennessee but has since been adopted by Arkansas, Missouri, Texas, Mississippi, and Oklahoma. While the Indiana Farm Bureau is free to dole out unlimited permits, they have a cap of 500 vultures the state can kill per year — and a maximum of three for each farmer. So far, the bureau has issued 22 permits.

However, just because a farmer has a permit doesn’t mean they should take their birds all at once. “I am advising, don’t go out there and shoot all three the first day,” Slipher said.

“One of the things we know about this particular species is that they react substantially to effigies of their own like. We are encouraging our producers to shoot that first bird and hang that bird in effigy.” 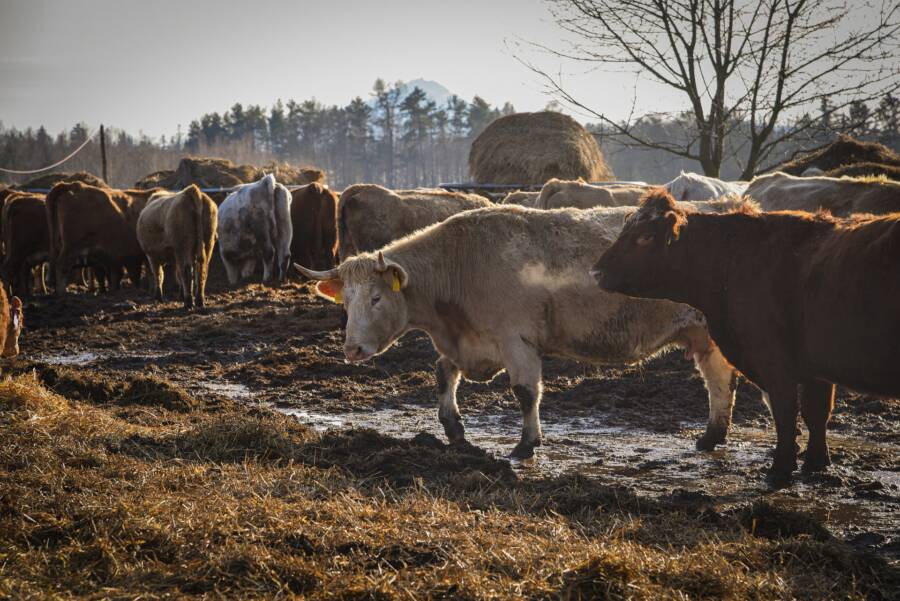 MaxPixelSeveral states have stepped in to help farmers defend their livestock.

Still, some experts remain skeptical that black vultures are feeding on living animals or at least healthy ones. On the other hand, researchers are still unsure why their breeding populations have grown from one to four percent between 2007 and 2019 — or why they’ve encroached into new territories.

Typically found in the southern U.S., Central and South America, black vultures have swarmed to the north and west. Some believe climate change is to blame, while the central question remains how much of a problem they really pose.

For veterinary diagnostician Dr. Grant Burcham at Purdue University, the problem is slight. He has received numerous calves eaten alive by black vultures and found that they had broken bones or intestinal illnesses.

“The animals were dehydrated and would have been visibly slow, and that’s why they were targeted presumably,” he said. In other words, the vultures can sense animals’ health and go after the weak as a result.

“I am going to take an extreme position here and say that they don’t kill healthy calves,” he said.

“They are often seen around calves in trouble that are stillborn or dying and they jump in on them quickly, [but] the idea that they are predatory on livestock is false. In my view it should be considered lore because it’s not well documented.”