Xavier Novell declared his love for novelist Silvia Caballol who has written books like "The Hell of Gabriel's Lust." 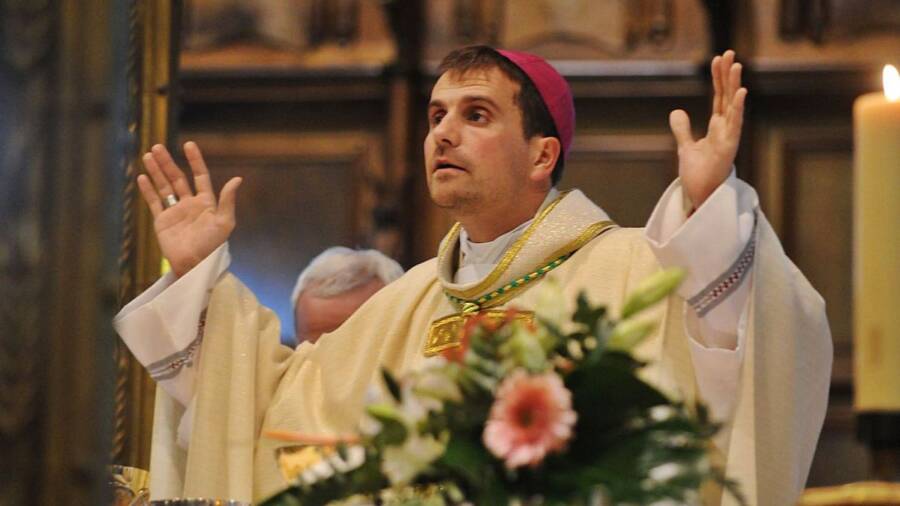 Diocese of SolsonaXavier Novell was considered a rising star in the church before his resignation.

“I have fallen in love and want to do things properly,” Novell exclaimed.

His August 2021 resignation has sent shockwaves throughout the Catholic community in Spain. Novell became the country’s youngest bishop when he rose to his post in 2010, at the age of 41. Many saw him as a rising star before he abruptly stepped down.

But that’s not the only reason why Novell’s colleagues are shocked by his resignation. Since assuming his post, Novell has endorsed a number of extreme positions, even ones outside of the approval of the Catholic Church.

In addition to supporting Catalan independence, Novell enthusiastically embraced the debunked practice of conversion therapies, which seek to “convert” homosexual people to heterosexuality.

Though Catholic religious authorities in Spain criticize conversion therapies, Novell believed so strongly in the practice that he underwent it himself. According to Religión Digital, Novell wanted to “reaffirm his heterosexuality.”

The young Catholic bishop also practiced one of the most ancient rituals of the Catholic Church — exorcisms. Novell conducted a number of these, which attempt to dispel “demons” from a person’s body.

Oddly, it was in pursuit of bettering his exorcisms that Novell first crossed paths with Caballol. After setting out to learn more about demonology, he met the 38-year-old divorced psychologist and novelist, who’d written books on the subject.

Certainly, Novell seemed to reassess his morality and ethics after meeting her. As he fell in love with Caballol, he began to confer with Vatican officials and even spoke with the Pope. Eventually, the Vatican approved his resignation.

To some, it seemed a natural turn of events. Priests must take a vow of celibacy. But many nevertheless fall in love and leave the church. Novell himself had previously admitted that he’d fallen in love before his priesthood, and once believed he’d marry and have children.

But other priests remain alarmed by the sudden turn of events. One has even claimed that he suspects that Novell is not in love at all. He thinks that Novell is possessed by demons.

Novell’s resignation, he warned, was “not a problem of celibacy but rather of infestation.”

Still, others within the Church say that Novell’s resignation was a long time coming because of his extremist views. A nun named Lucía Caram called Novell “out of his mind.” She said that the bishop does “not have good mental health or emotional balance.”

Regardless, the Church has remained fairly tight-lipped on the whole affair. The Diocese of Solsona, where Novell served as a bishop, has only said “corroboration or not of this story is a strictly personal matter for him alone.”

According to Religión Digital, he’s decided to wash his hands of religion for good. Instead, he’ll seek work in Barcelona as an agronomist, or a crop expert.

After reading about the Catholic bishop who left the church to be with a satanic erotica writer, learn about the Satanic Panic of the 1980s. Or, discover the story of the satanic monument briefly erected at the Arkansas state capitol.