The birds would normally have migrated south by now, but milder temperatures have kept them in town. 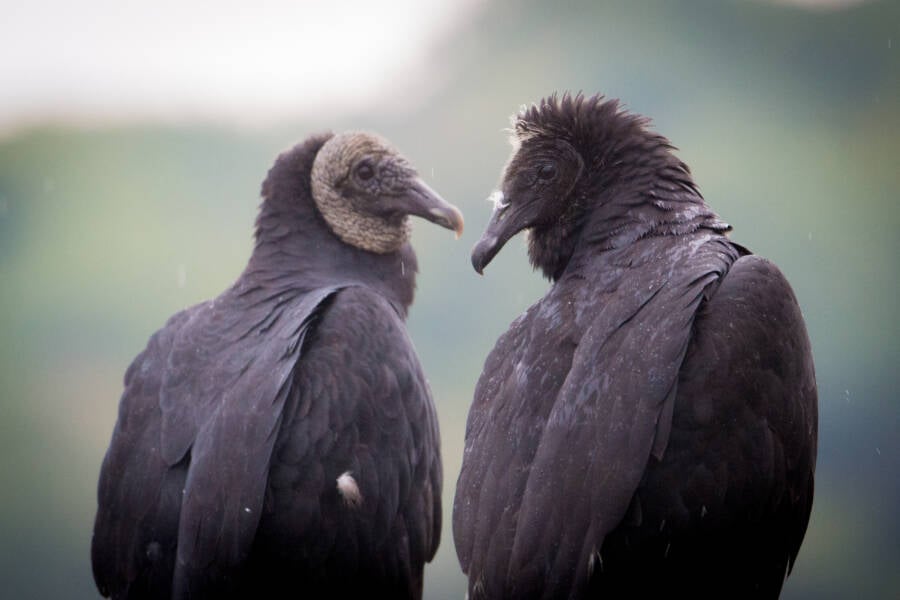 Wikimedia CommonsThese vultures can have wingspans up to five feet and sometimes accidentally drop their prey from 300 feet in the air.

The quiet Pennsylvania town of Marietta has been overrun by hundreds of destructive black vultures. While these birds typically migrate this time of year, climate change has forced them to stay in the northeast much longer than usual, and their presence has wrought thousands of dollars in property damage, fear of disease, and has left a town helpless.

The vultures, which are large scavenging birds that can reach two feet long, have torn apart roofs and destroyed garbage bins in search of food. The birds take over trees, sidewalks, and destroy properties with their droppings.

Vulture poop is of particular concern because it is capable of killing trees and plants and even carrying diseases like encephalitis and salmonella. Their vomit, meanwhile, is utterly corrosive and repellant. One Marietta couple likened the stench to “a thousand rotting corpses.”

What’s more, the town easily has a few hundred vultures lurking on a single block. 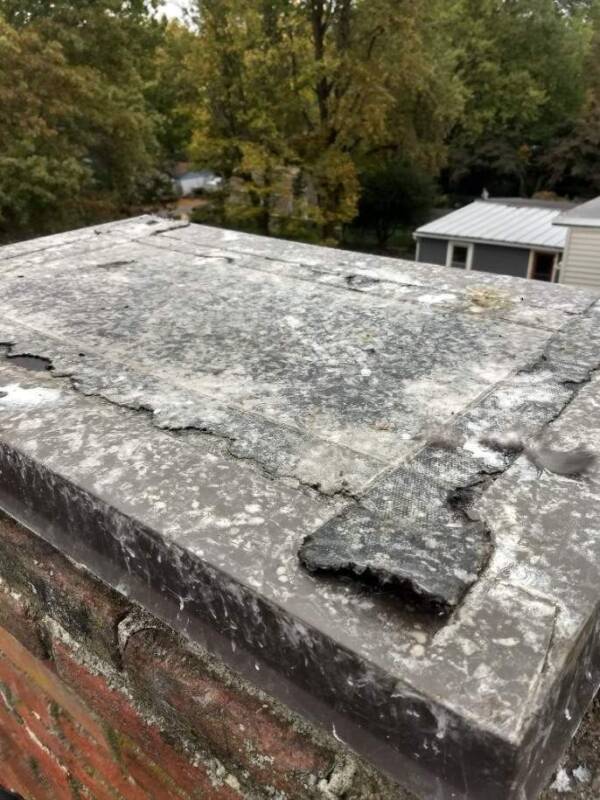 Desperate Marietta residents have taken to banging on pots and pans to shoo the birds away, while others have even lit fireworks to scare them off. But these are only temporary solutions.

According to Lancaster Online, black vultures are a federally protected species and can’t be trapped or killed without a permit. Doing so could yield a fine of up to $15,000 and up to six months in prison.

Makeshift solutions are thus the law of the land for Marietta residents right now. Some have put up taxidermied vulture effigies in a surprisingly effective move that scares the living ones away. Even this, however, requires legal permission. 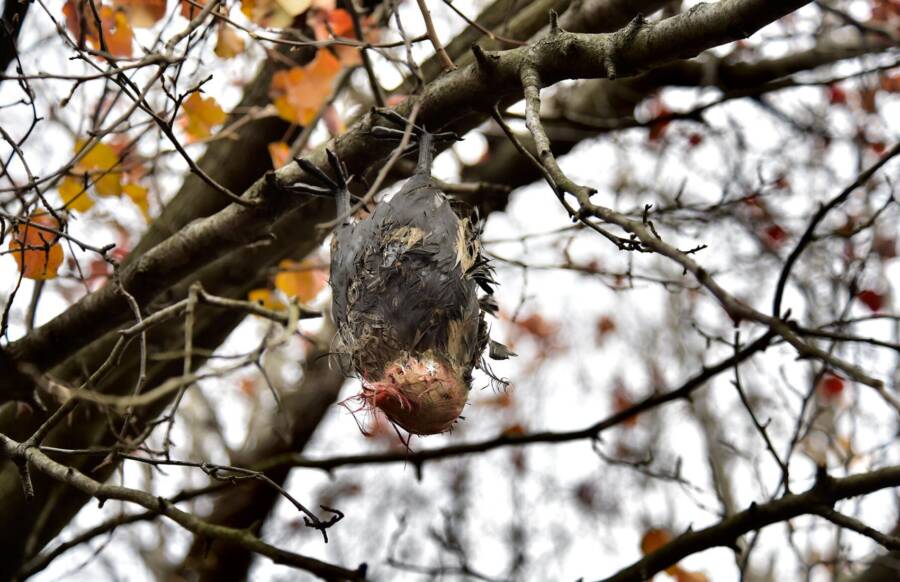 John Enterline has lived in Marietta for years now and said without question that “this is the worst year” in terms of the disruptive vulture presence. “There are many more of them,” he added. Unfortunately, the reason why these birds are hanging about is indicative of a much larger issue at hand: global climate change.

“Historically, the black vultures were limited to the southeast part of the country,” said USDA Pennsylvania Wildlife Services biologist Matt Rice. “Over the past few decades — really more specifically in central Pennsylvania over the past five years — we’ve seen a large increase in numbers, and with that, the number of calls we get in terms of damage and conflicts.”

These vultures are naturally prone to roost together during the fall and winter and are drawn to the heat given off by homes with black roofs. 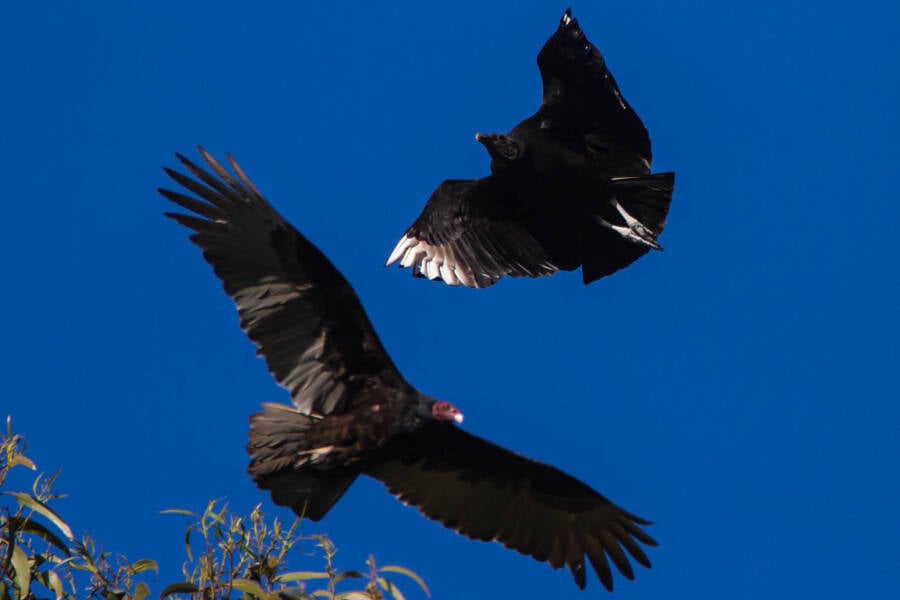 Wikimedia CommonsBlack vultures (top) are a lot more aggressive than their local cousins, turkey vultures (bottom), with residents fearful the birds will attack their pets.

“They seem to be really drawn to anything that is plastic or rubber,” said one anonymous homeowner. “They have been really destructive.”

The vultures are also known to drop their prey accidentally, sometimes falling from 300 feet. Unfortunately for residents, homeowners’ insurance doesn’t typically cover damage caused by wildlife. Countless Marietta residents have thus been forced to pony up the cash themselves, and thousands of dollars have already been doled out for repairs.

Marietta councilperson Bill Dalzell is currently looking into federal permits to kill these creatures. While that will surely prompt animal rights groups to intervene, these birds are even endangering other animals. 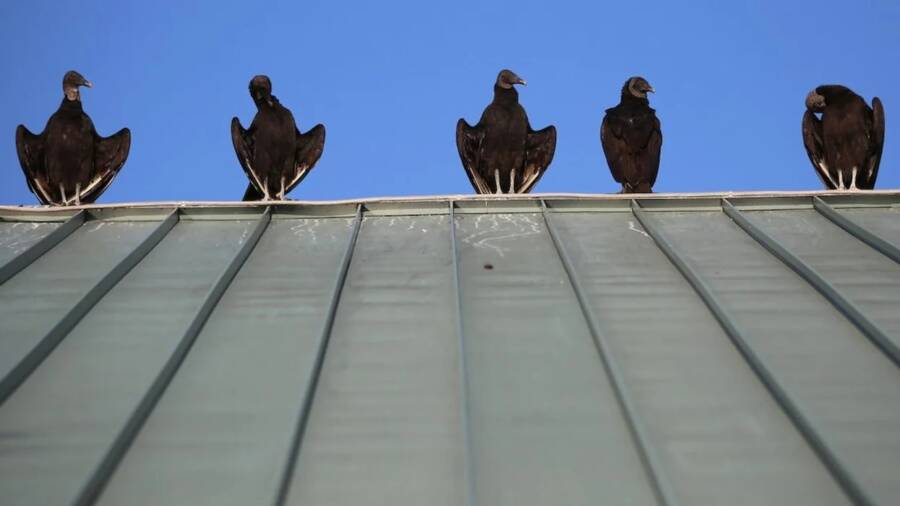 Flickr/cuatrok77The invading swarm has stayed in the northeast much longer this year as a result of climate change.

For pet owners, the situation has been even more alarming. Black vultures are natural scavengers and prey on the dead and dying, but they have often been observed killing small animals that are alive and well. Indeed, they have been known to sometimes even try to eat newborn goats, calves, and lambs. Naturally, this is a huge concern for local farmers and pet owners.

Even though they are federally protected under the Migratory Bird Treaty Act of 1918, black vultures aren’t endangered, prompting even further frustration in local residents. Despite threats to infrastructure and passersby, local officials are hesitant to get involved in the situation as it likely would entail spending public funds on private property.

For now, it seems the citizens of Marietta will have to continue to be creative in their efforts to remove these birds, and a pot and pan might be their best option.

After learning about the swarm of black vultures invading a Pennsylvania town, read about the hundreds of vultures that were mysteriously found dead in Guinea-Bissau. Then, learn about the frightening shoebill pelican that can decapitate baby crocodiles.