A report attached to photos of alleged UFO sightings stated that the aircraft could be legitimately considered as originating from "alien" or "non-human" technology. 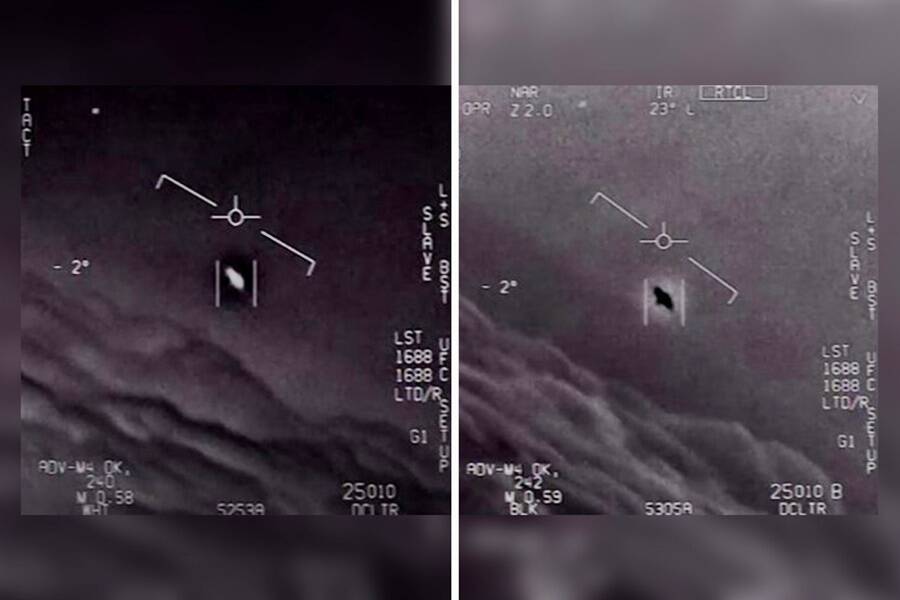 Two allegedly classified intelligence reports from the Pentagon about UFOs, including photos of an “unidentified aerial phenomena” or UAP, have reportedly been leaked to the public.

According to the Daily Mail, the alleged reports were published under the Pentagon’s Unidentified Aerial Phenomena Task Force (UAPTF), a program under the U.S. Office of Naval Intelligence. The reports, which were allegedly obtained by The Debrief, a website about tech and defense news, dated back to 2018 and last summer.

These leaked intelligence reports regarding specific UFO sightings — which simply refers to any unidentified object encountered by intelligence personnel — suggest that the U.S. military is becoming more active in their investigations over these unknown objects.

“These revelations are extraordinary, and give the public a genuine peek behind the curtain when it comes to how the US government is handling the UFO issue,” said Nick Pope, who investigated UFOs for the U.K.’s Ministry of Defence.

The photograph inside the leaked reports was allegedly shot from inside the cockpit of an F/A-18 fighter jet using a pilot’s personal mobile phone. Given these circumstances, the image is pretty grainy — a hallmark of the majority of photographed UFO sightings — but it seems to show an unidentified silver “cube-shaped” object. 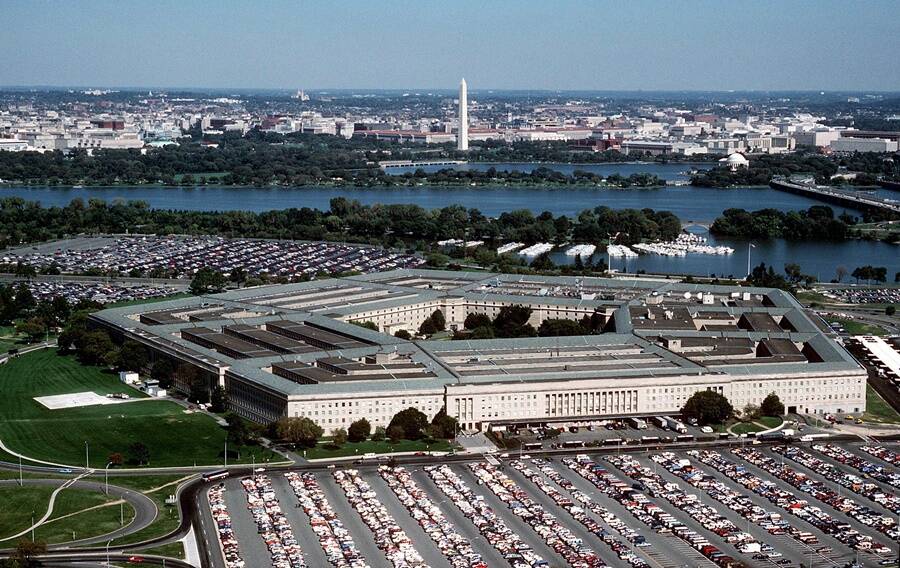 According to the accompanying document, the object was spotted “hovering” somewhere above the waters on the East Coast. Three U.S. officials who spoke under the condition of anonymity confirmed that the photograph was the same one that appeared in an official intelligence position report issued by the UAPTF in 2018.

The officials also said the object appeared to be hovering at between 30,000 to 35,000 feet, about 1,000 feet away from the pilot who photographed it.

Additionally, a separate photograph of a UAP described by the anonymous officials allegedly captured an unknown aircraft shaped like a triangle. The UAP had “blunted” edges and large white “lights” coming from each of its corners.

Two officials said the photo was taken after the triangular craft shot out from the ocean toward the sky. It is likely one of the first intelligence reports known to describe a UFO that is able to move swiftly from beneath the water into the open sky.

But these kinds of photographs are about a dime a dozen, and you don’t really have to go digging into classified files to find alleged sightings of UFOs. However, there is something more intriguing in the leaked reports, which have not yet been confirmed as authentic by the Pentagon.

According to anonymous officials, the photos came with a “list” of possible explanations for these mysterious encounters and stated that the potential for the UAP to be “alien” or “non-human” technology was a legitimate consideration.

The alleged reports are stunning in that they show the U.S. government actively prioritizing surveillance on UAPs. But the news isn’t totally surprising.

In August 2020, the Pentagon released an official statement acknowledging the existence of the Unidentified Aerial Phenomena Task Force. Email correspondence between Pentagon leaders obtained by The Debrief through a Freedom of Information Act request show the task force has been operating since at least 2019.

Unlike the alleged cover-ups of UFO investigations in decades prior, the Pentagon has become increasingly upfront about their interest in UFOs.

Earlier this year, they declassified three videos of UAPs caught by Navy pilots and, last year, new internal guidelines for reporting UFO encounters were drafted inside the Naval command.

What this growing buzz about the military’s UAP investigations will mean for the public exactly is unclear. But it does speak to a long-held suspicion among fans of extraterrestrial theories that the truth is already out there, just waiting to be uncovered.

Next, read about these four U.S. Government alien research projects that actually existed and learn the truth behind the infamous Roswell incident.