A local pastor's mission to track down his family led to the discovery of nine Black World War I veterans' graves in an abandoned, heavily wooded area. 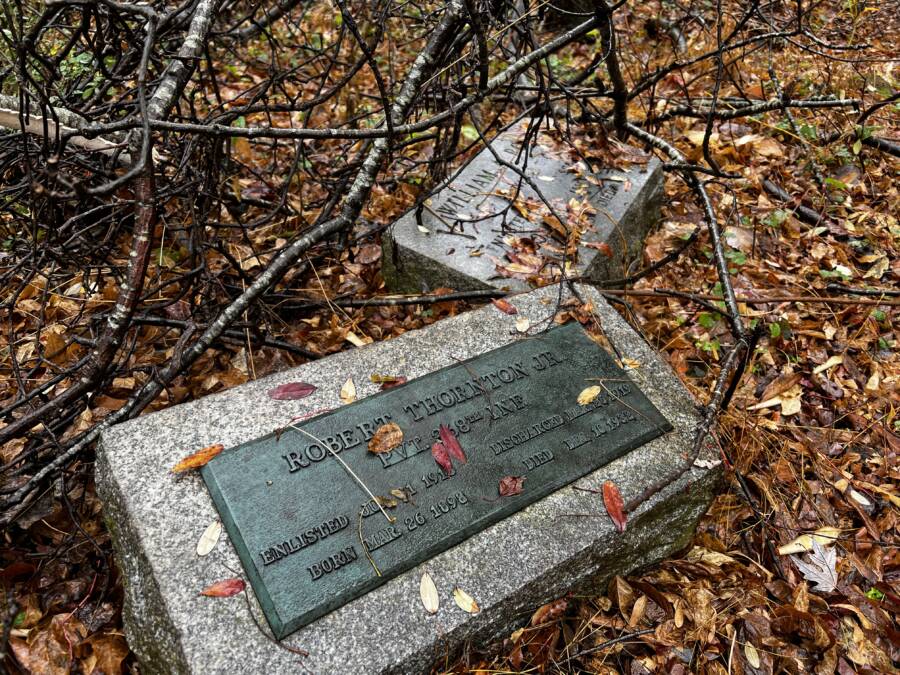 Austin HarveyThe graves are a substantial hike from the entrance to the cemetery and all but overgrown.

When Reverend Richard Freeman Sr., of Pennsylvania, was 11 years old, his father died. Only four years later, he lost his mother. The sudden and tragic loss of both of his parents, he said, created an emptiness in his life.

“It’s an emptiness that’s rooted in the fact that you don’t know who you really are,” he told Pittsburgh’s Action News 4.

This emptiness drove the Resurrection Baptist Church pastor to learn more about his family’s history — and eventually, led him to McCandless Township, just north of Pittsburgh, to Duncan Heights Cemetery.

There, he learned, was buried a man named Henry Porter, born April 3, 1894 in Stewart County, Georgia. Freeman learned of Porter through a relative after he began investigating his family history on ancestry.com back in 2001.

Freeman, who was also born in Georgia, discovered that Porter was enlisted in the United States Army and served as a member of the 402nd Labor Battalion during World War I.

Porter’s death certificate said he had been a resident of Pittsburgh’s Hill District — a group of historically Black neighborhoods bordering downtown Pittsburgh and the Strip District. 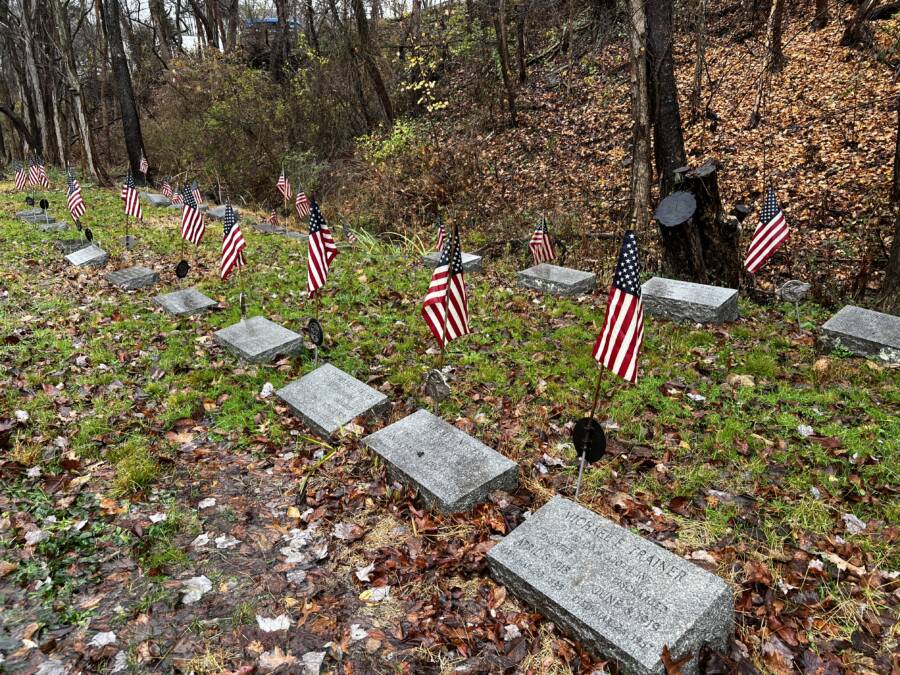 Austin HarveyAt the entrance to the memorial site, there are rows of graves for white World War I veterans, each marked with a flag.

The area, once known as “Little Haiti” and then eventually “The Hill,” was an epicenter of Black culture in the Pittsburgh region in the years following the Great Migration and leading up to World War I.

For a time, between the 1920s and the 1950s, the Hill District, also called Little Harlem, was known as the “crossroads of the world,” according to Pittsburgh Beautiful.

Despite its rich cultural history, the Hill District was slated for renovation in the years following World War II — a process that was poorly planned and displaced over 8,000 residents and 400 businesses, as well as cutting off the area’s access to the downtown economy.

In the place of many residents’ homes, the city constructed a large arena and parking lot. By 1990, the Hill District lost 71 percent of its residents and businesses.

The erasure of Pittsburgh’s Black history didn’t end there, though — in fact, it became a critical part of Freeman’s quest to learn about his family.

Porter, he found, despite being a resident of the Hill District, was actually buried about 30 minutes north, in McCandless Township’s Duncan Heights Cemetery. 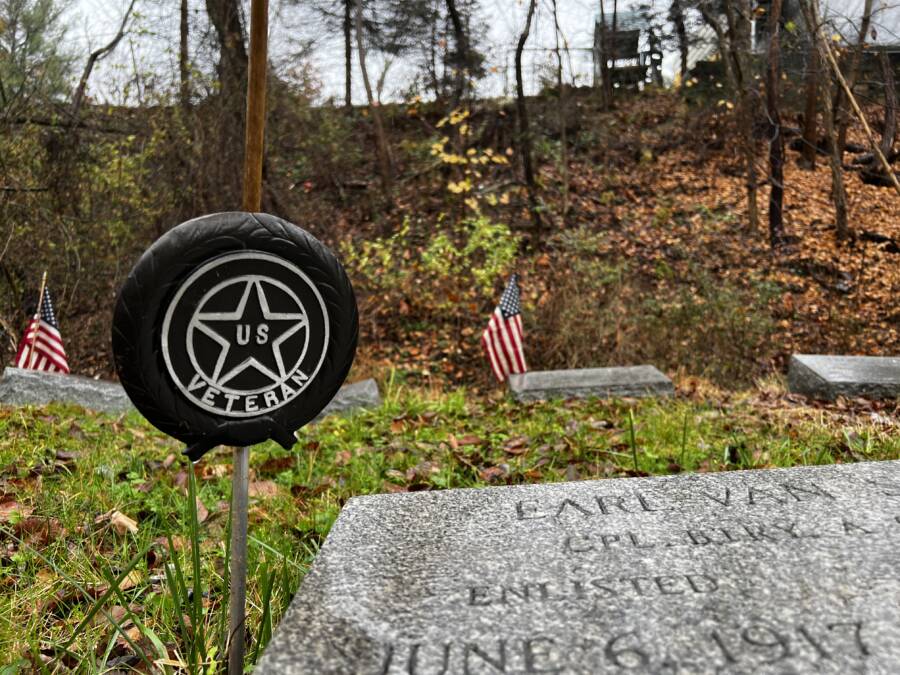 Or, at least, that’s what his death certificate said.

When Freeman ventured to Duncan Heights, he did find the gravesites of World War I veterans — except, they were all white. Porter’s grave was nowhere to be found.

Freeman didn’t give up, though. He continued his search in a heavily wooded area nearby. In 2018, he found Porter’s grave.

Recently, Freeman took a team from Pittsburgh’s Action News 4 back to the gravesite. 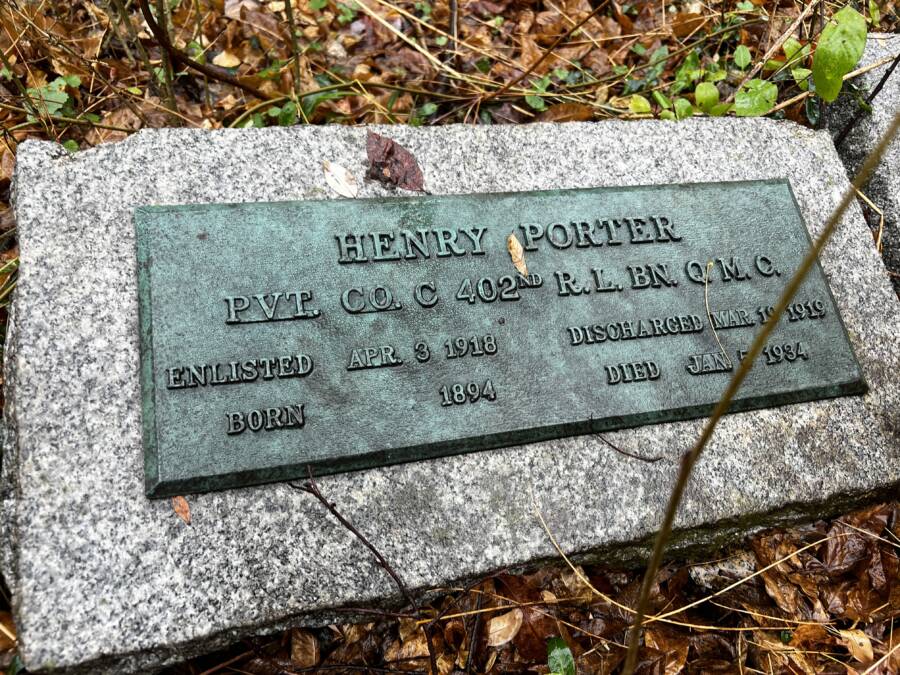 Porter’s grave sits in an abandoned, heavily wooded, overgrown spot of land along with eight other graves, all Black veterans who served in the first World War.

“I was angry,” Freeman said of the discovery. “I was furious. Black veterans that were in such disarray, just discarded.”

A McCandless Township community historian told Action News 4 that a Jewish entrepreneur established the cemetery sometime in the early 1900s, intending for it to be a place for Black people to honorably bury their loved ones.

Unfortunately, the cemetery was abandoned in the 1960s after having multiple owners.

Now, Memorial Park Church is exploring how the community could save and develop the cemetery.

The hidden graves are just another example of how Black World War I veterans were given much less respect than their white comrades. Read about the Red Summer, during which Black WWI veterans were honored in France — and then lynched at home. Then, read the story of Henry Johnson, the Black WWI hero who only received recognition 86 years after he died in obscurity.