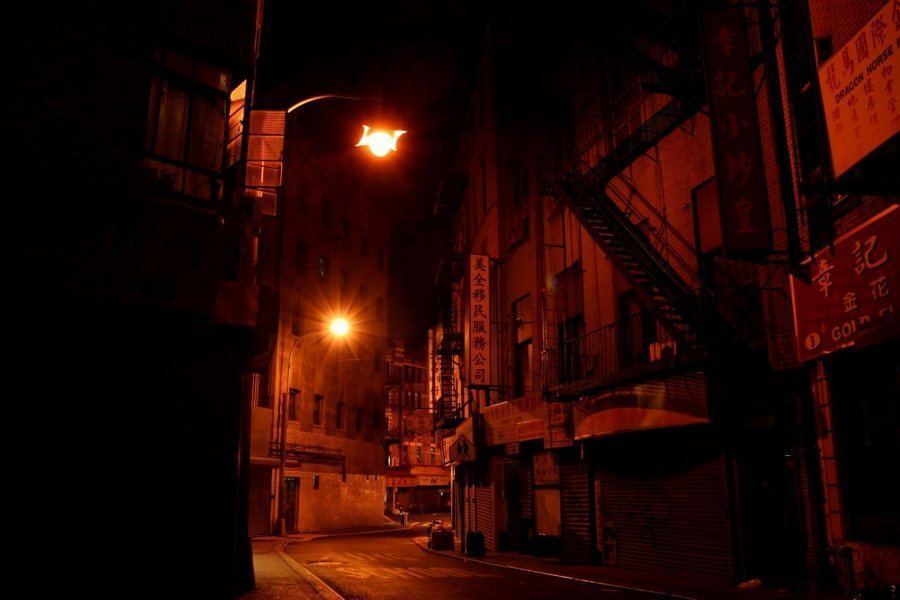 New York City has always been inextricably linked with its gangs. In simply reading that sentence, you’re likely already remembering images from Gangs of New York, The Godfather, The Warriors and on and on.

But what you’re probably not picturing is a strange little 200-yard stretch called Doyers Street, one of the few streets in Manhattan bent at a nearly 90-degree angle — and one of the bloodiest streets in American history.

On Doyers Street, the history of the immigrants who built America is clear, and it’s filled with violence, racism, xenophobia and segregation. This forgotten cranny, buried deep in the heart of Chinatown, has seen the most gang violence in the history of the city, and, by some estimations, the country.

Whether it was because of bullets or hatchets, Doyers Street was literally stained red during its most violent years, earning the street its immortal nickname: “The Bloody Angle.” Exactly how it became so bloody, and what’s become of it since, is quite a tale…

The amorphous and growing area of lower Manhattan known today as Chinatown wasn’t always so large. Manhattan’s Lower East Side was home to Irish, Jewish, and Italian immigrants long before the Chinese, and tight immigration laws kept the Chinese population at a minimum until after World War II.

But by the 1880s, enough Chinese immigrants had put down roots such that Mott, Pell, and Bayard streets had transformed into the lean corridors of Chinatown. Doyers Street became a small, yet culturally significant, shortcut through those streets.

All along Doyers Street, tall, lanky tenement buildings were pocketed with fan-tan gambling houses and opium dens (perfectly legal at the time). Upper-floor rooms and pool hall bars were filled with prostitutes.

At the time, the Chinese population in America was a bachelor society of men who had worked the cross-country railroads and California gold mines. Chinese women never even had a chance to make it to the states, due to policymakers who had started to fear the influx of male Chinese immigrants and enacted the Chinese Exclusion Act of 1882. With the resulting abnormally high male-to-female ratio, Chinatown became known as a hotbed of masculine vice. 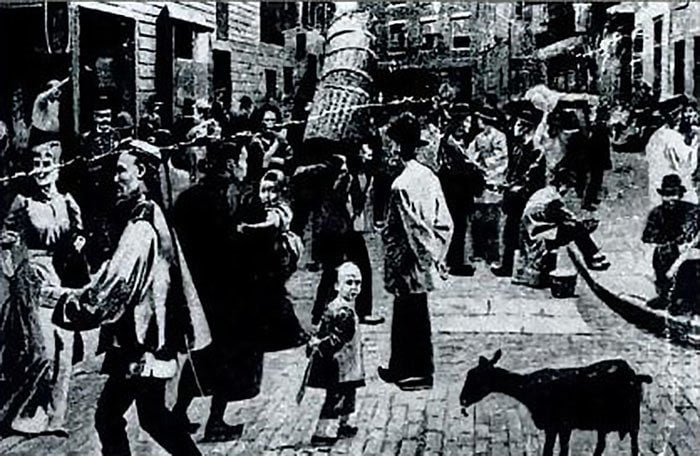 Doyers Street as depicted on a postcard in 1898. Image Source: Wikimedia Commons

Soon — in the larger context of white America’s pervasive racism and xenophobia — Chinatown was labeled, even in the mainstream press, as a hopeless opium-and-prostitute-ridden slum. As The New York Times wrote about Chinatown in 1880: “There are some streets in New-York that begin with a very fair outlook, but grow so much worse with every block, as you walk through them, that there is no telling what they might come to if they were long enough.”

While those words paint an ominous picture of New York City’s minority populations and the streets they inhabited, Doyers Street was, at the time, mostly peaceful. The sharp bend was an important cultural meeting point for Chinatown residents, and the local Tong (gang) members even declared the street’s Chinese Theater safe and neutral ground.

But on the night of August 7, 1905, that all changed — and Doyers Street started to become The Bloody Angle.