Is Bob Dylan Worth The Hype? 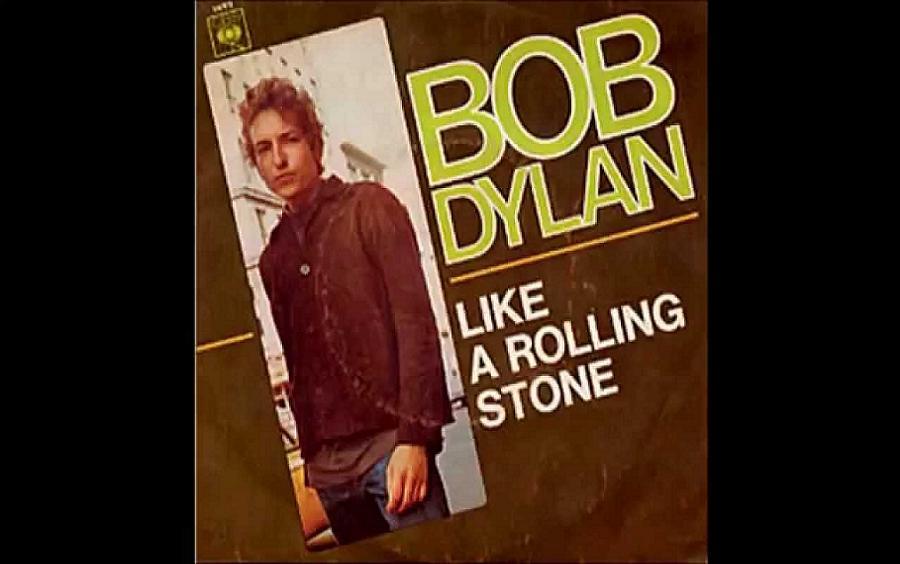 The ’60s were very good to Bob Dylan, and he reveled in commercial success. He played sold-out venues, drank himself blind backstage, toured Europe, and picked up a heroin habit. He also cycled through a string of strategic relationships that generally ended as soon as he got what he wanted from his partner.

Joan Baez, for example, was a huge fan of his work. During the early Greenwich Village days, the two were inseparable. Baez, who was already getting paid work and building a reputation as a forceful and talented singer, seems to have fallen totally in love with Dylan. She brought him onstage whenever she performed and encouraged the audience to buy his albums.

Her talent brought his lyrics to life, and it’s no exaggeration to say that she was instrumental in his early success. In 1965, she went with him on tour in Europe. Throughout the trip, Dylan never once invited her onstage. He and his cronies mocked her almost every time she tried to talk.

It got so bad, she left in tears and returned home to Monterey, California. When Baez got news that Dylan was seriously ill in Italy, she rushed back to see him, only to knock on his hotel room door and be greeted by his future wife, Sara Lownds. Dylan eventually divorced Lowndes in 1977.

Of course, Baez shouldn’t have been too surprised to find out he was cheating on her. After all, Dylan had cheated with her on his previous girlfriend, Suze Rotolo, who reacted to his affair by attempting suicide. Rotolo recovered, and Dylan kept on sleeping with her for a while, causing her to eventually get pregnant.

When Dylan found out, and broke it off with her for good, she sought out a then-illegal abortion. Later, Dylan wrote “Ballad In Plain D” about his relationship with Rotolo, working in a few lines about her “parasite” sister who had always hated his guts. 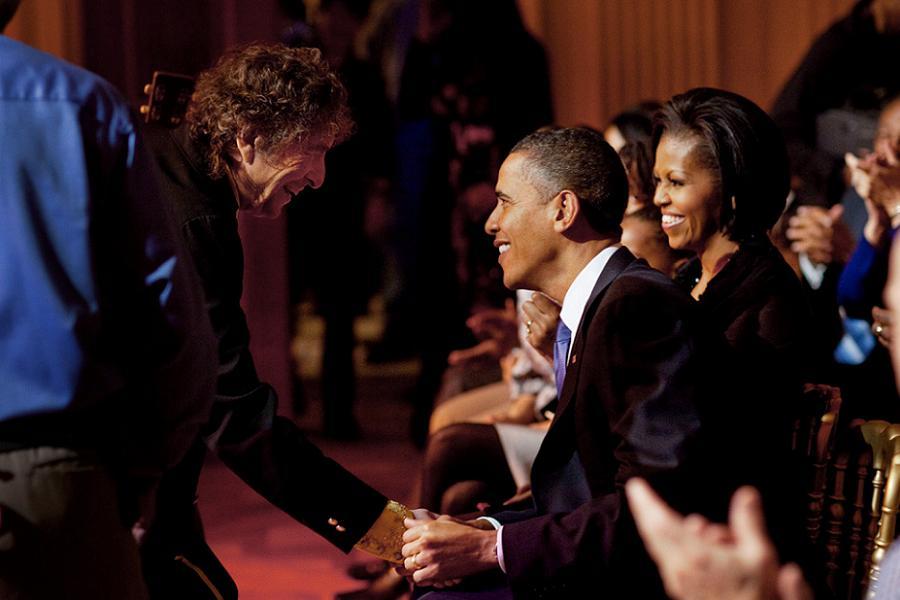 In addition to his romantic alliances, Dylan always showed a knack for making friends who would come in handy later. Starting with Woody Guthrie’s circle of friends, and expanding outward to some of the hottest acts of the early ’60s, Dylan was never more than a phone call away from somebody who could help his career along. After his first album flopped, for example, and Columbia suggested canceling his contract, Dylan was saved by another Columbia star, Johnny Cash, who interceded on behalf of his friend.

Even better were the folk, rock, and country acts from which Dylan stole. Beginning with his first album, which contained “House of the Risin’ Sun,” Dylan showed a penchant for lifting other performers’ work.

At the time the album was recorded, fellow performer Dave Van Ronk was preparing his own version of the song. Dylan knew this; Van Ronk had even asked him not to record the song before he got his version out, but Dylan went ahead anyway, even using Van Ronk’s arrangement. 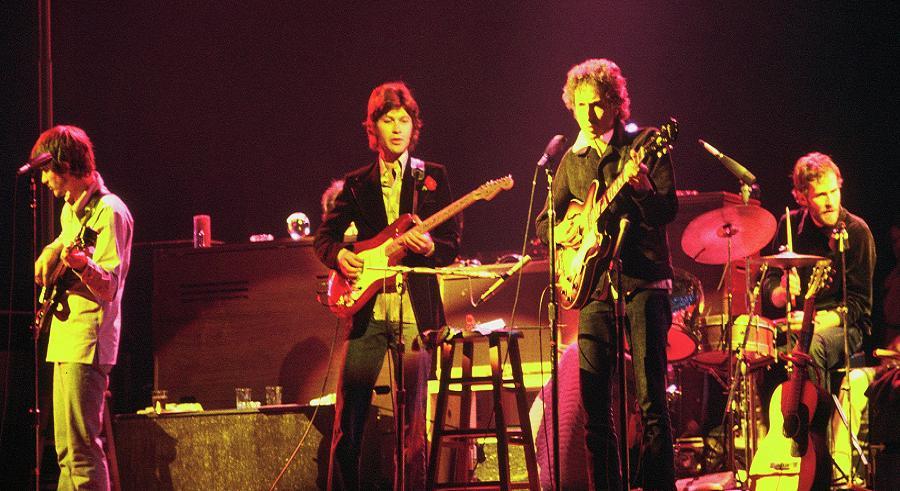 Charges of plagiarism only started gaining traction against Dylan around 2003. Around that time, with the Internet having made it easy to directly compare music from different sources, people started to notice how much of Dylan’s work sounded like other people’s stuff.

The melody from “Blowin’ in the Wind,” for example, comes from a 19th-century spiritual called “No More Auction Block.” His 1962 song, “The Ballad of Emmett Till,” turned out to have been lifted wholesale from folk singer Len Chandler. Lyrics from the 2003 album Love and Theft were line-for-line copies from the autobiography of Japanese author Junichi Saga.

In 2006, he released Modern Times, which lifted passages from Classical poetry, 19th-century Confederate verse, and a blues song from 1940. Dylan won two Grammies for the album.

The plagiarism didn’t stop with the music. While much of what Dylan lifted from others without attribution was already in the public domain, and whatever wasn’t got reworked enough to count as Fair Use under copyright law, Dylan’s autobiography includes several passages lifted from novels and plays, and even from early-’60s issues of Time. A typical passage from Dylan’s book:

“This leads to a kind of compulsory freedom that encourages people not only to ignore their limitations but to defy them: the dominant myth is that the old can grow young, the indecisive can become leaders of men. The housewives can become glamour girls, the glamour girls can become actresses, the slow-witted can become intellectuals.” 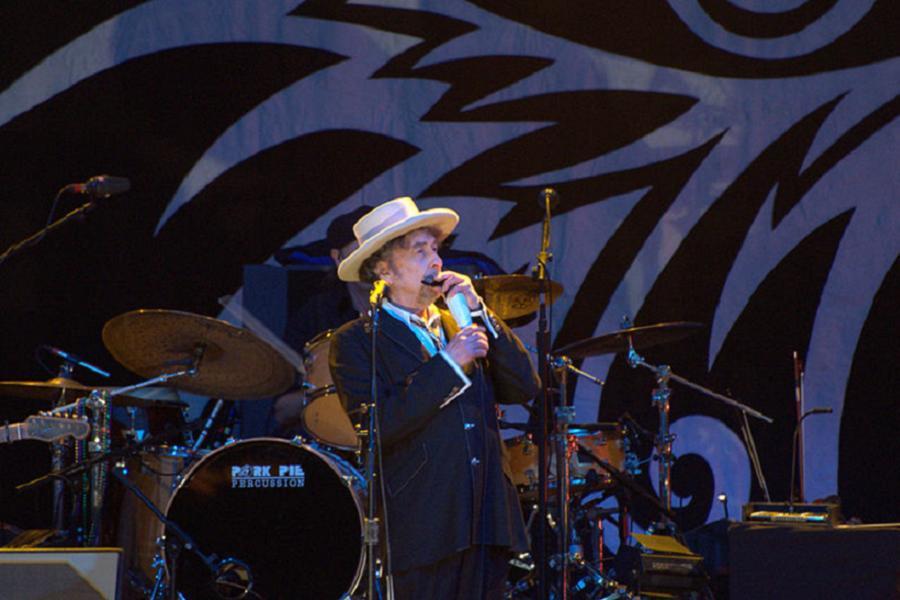 Dylan’s impact on world culture can never be minimized — the meaning each fan attaches to the first time he or she heard “Like a Rolling Stone” is very real and very personal.

As such, the fact that he was an inveterate social climber, manipulator, drug addict, and plagiarist — whose voice was described by Joyce Carol Oates as sounding “as if sandpaper could sing” — doesn’t matter from a historical or even artistic perspective. Bob Dylan will always hold a sacrosanct space among the folk canon. Maybe find someone else to date, though.

Next, check out the dark side of John Lennon.