The Story Of England’s Bucolic Bolton Strid, One Of The Deadliest Bodies Of Water In The World

Though the quaint section of Yorkshire’s River Wharfe known as the Bolton Strid is only six feet wide, it’s unfathomably deep — and known by locals to have a 100 percent mortality rate.

The River Wharfe in the Yorkshire region of northern England is the kind of idyllic river that’s perfect for a romantic dip or a pensive walk.

The river winds and weaves past tall trees, stony beaches, and bright green moss-covered boulders for 65 miles. At one point, it passes the charming 12th-century Bolton Priory. But the river also has a notorious history fit for a horror movie, particularly at the portion near the priory called: the Bolton Strid.

Known as the Bolton Strid, the waters here as so treacherous that should someone slip into the river, it’s unlikely they’ll ever reemerge. Indeed, according to local legend, 100 percent of the people who have fallen into the Bolton Strid have died — and many of their bodies have never been recovered.

Why Is The Bolton Strid So Dangerous? 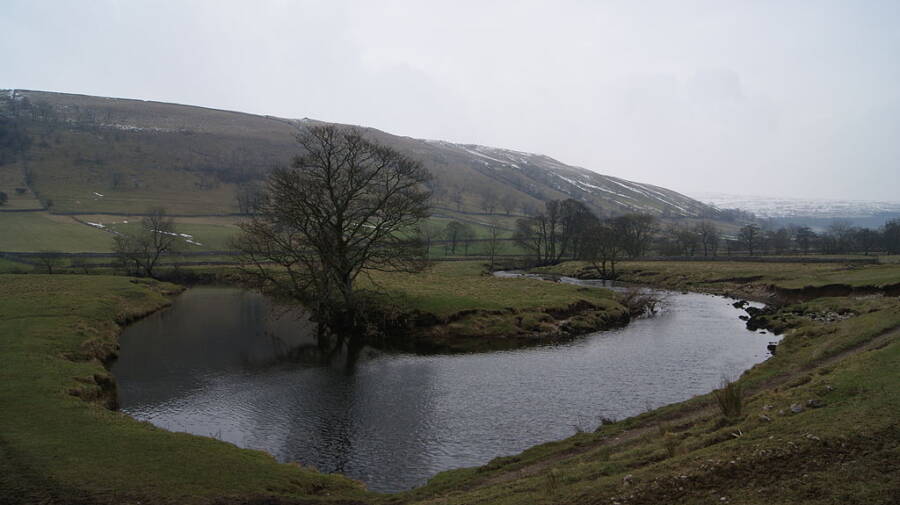 Wikimedia CommonsA section of water known as the Meander on the River Wharfe, near the Bolton Strid.

As a result, the water travels faster and thrashes side to side, up, down, and every which way, causing burbles and whirlpools to arise that can quickly suck a human under.

According to Carolyn Roberts, Professor of Environment at Gresham College in London, the Strid’s beauty can easily fool travelers who don’t know any better into a false sense of security.

“Beautiful rivers can certainly be dangerous to humans – the Nile has lots of crocodiles, the Zambesi will push you over the Victoria Falls, and beware of swallowing water from the lower reaches of the Colorado,” Roberts told The Daily Mail. “Whilst the Strid is also beautiful, and looks innocuous, it’s similarly deadly.”

Roberts adds that the Yorkshire Strid looks shallow from the surface, but underneath it is a vast network of caves and crevices of sedimentary rock that will rip apart a human body smashed against them in seconds.

“Rather than carving a stately way through silt, [The Strid] twists and turns through flat and overhanging rocks falling over the edge of a limestone formation,” she said.

“Vortices in the flow will trap bodies under the water close to the bed or the sides, whilst the turbulence will render someone unconscious very quickly. It’s not a good place to play.”

Many Victims Have Been Claimed Over The Years 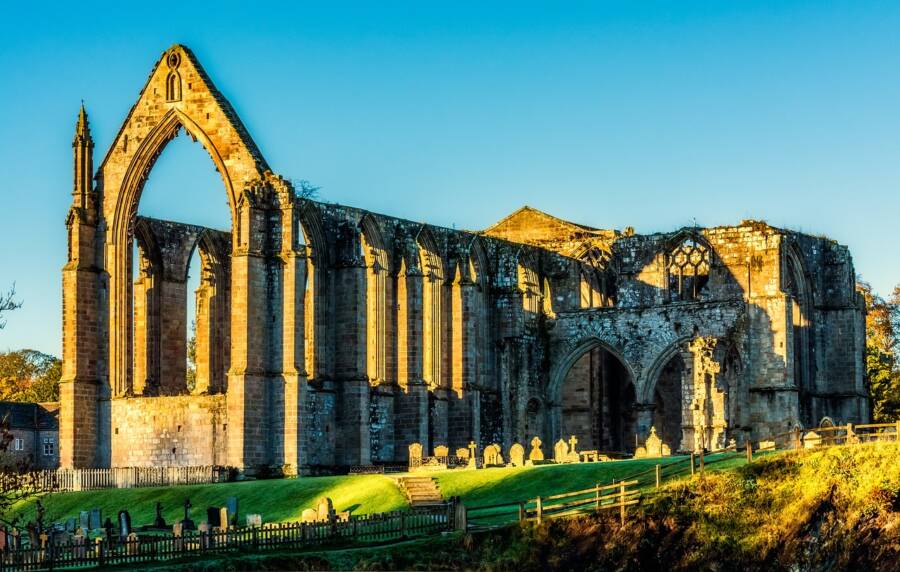 Leaving the nearby village of Bolton Abbey and approaching the river, visitors will see an ominous warning: “The Strid is dangerous and has claimed lives in the past. Please stand well back and beware slippery rocks.”

One of the lives most infamously claimed by the Strid is that of William de Romilly, the son of Lady Alice de Romilly who owned the surrounding land. According to local legend, the boy was swallowed by the Bolton Strid in 1152 when he attempted to leap across it.

When her son died, Lady Alice reportedly donated the land to monks who could pray for her son’s soul. Hundreds of years later, English poet William Wordsworth immortalized the young de Romilly’s death in his poem, “The Force of Prayer.”

“And what may now forbid
That he, perhaps for the hundredth time,
Shall bound across THE STRID?
He sprang in glee, – for what cared he
That the river was strong, and the rocks were steep?…
The Boy is in the arms of Wharf,
And strangled by a merciless force;
For never more was young Romilly seen
Till he rose a lifeless corpse.” 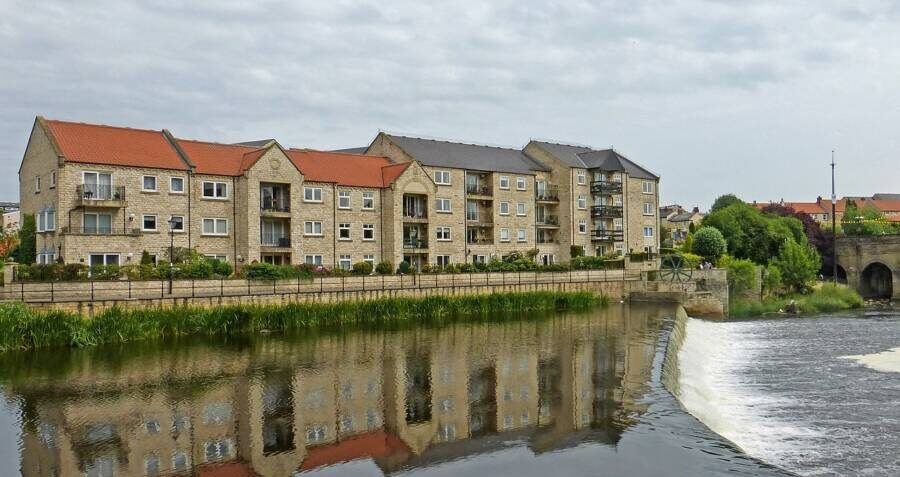 Wikimedia CommonsThe Weatherby, the largest settlement on the River Wharfe, not far from the Bolton Strid.

The Bolton Strid was also immortalized in the 1896 short story, “The Striding Place,” by the American author Gertrude Atherton. She wrote, “there was no lonelier spot in England, nor one which had the right to claim so many ghosts, if ghosts there were.”

Then, in 1934, a 63-year-old watercolor artist, Arthur Reginald Smith, drowned trying to cross the river to paint it. Many people didn’t understand how he could have been so foolish to jump across at his age. But Smith might have been unlucky rather than foolish, as the river had a history of flooding at remarkable speeds.

Indeed, in 1998, Barry and Lynn Collett were out for a stroll along The River Wharfe just two days into their honeymoon when they fell in.

An inquest into the couple’s death found that they happened to be walking by when a flash flood caused the river to rise up to five feet in less than a minute, potentially sucking them under and dragging their bodies miles downstream.

The Strid Remains An Incredible Danger To This Day 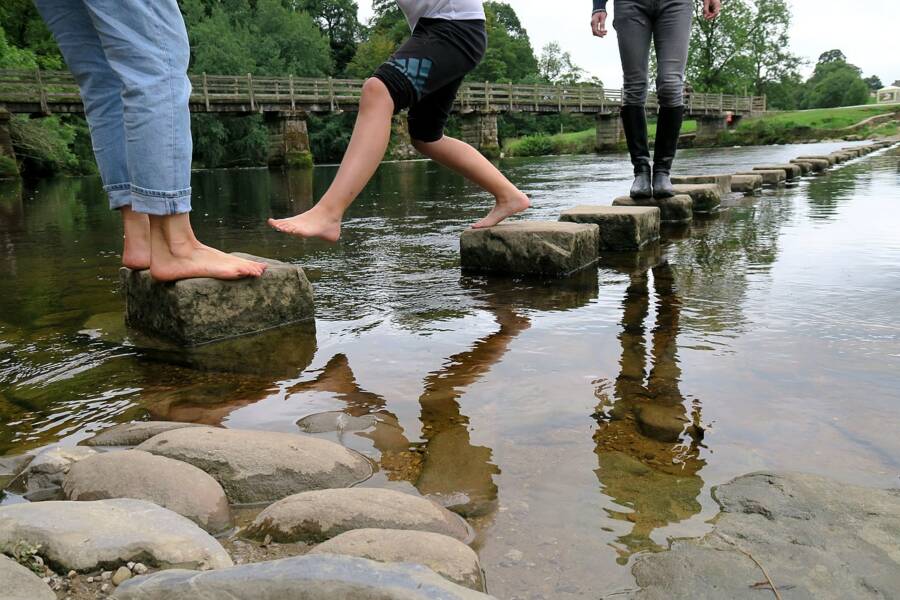 Wikimedia CommonsStepping stones near the Bolton Strid. This may look beautiful — but it’s actually quite dangerous.

But the Collets were not even the most recent lives claimed by the Strid.

In 2010, young Aaron Page was celebrating his eighth birthday with a large group of his family along the River Wharfe when he and his brother Josh, 13, decided to hop across the stream. Indeed, there is a collection of stepping stones not far from where sight-seers can picnic and meander along the riverside.

Innocent though that little path may have looked, it cut through a waterway with a 100 percent mortality rate. Little Aaron slipped on the rocks and tragically fell in. His older brother went down alongside him, but he managed to get out in time. He was devastated that he could not help his brother, whose body was found drowned three hours later.

“I managed to get back out and he’d just gone,” Josh said, adding that he didn’t know how dangerous nor how deep the water was.

Not everybody that falls into the Strid is returned. By some accounts, victims get sucked under and never resurface. Another legend maintains that a ghostly white horse appears trotting down the frothing Strid when the river has claimed another life.

One thing about the Bolton Strid is for sure, though. Its calm, quiet appearance belies its raging, deadly underbelly.