From a science kit that contained uranium to a toy gun that generated fireballs, these dangerous toys would launch a thousand lawsuits if they were released today. 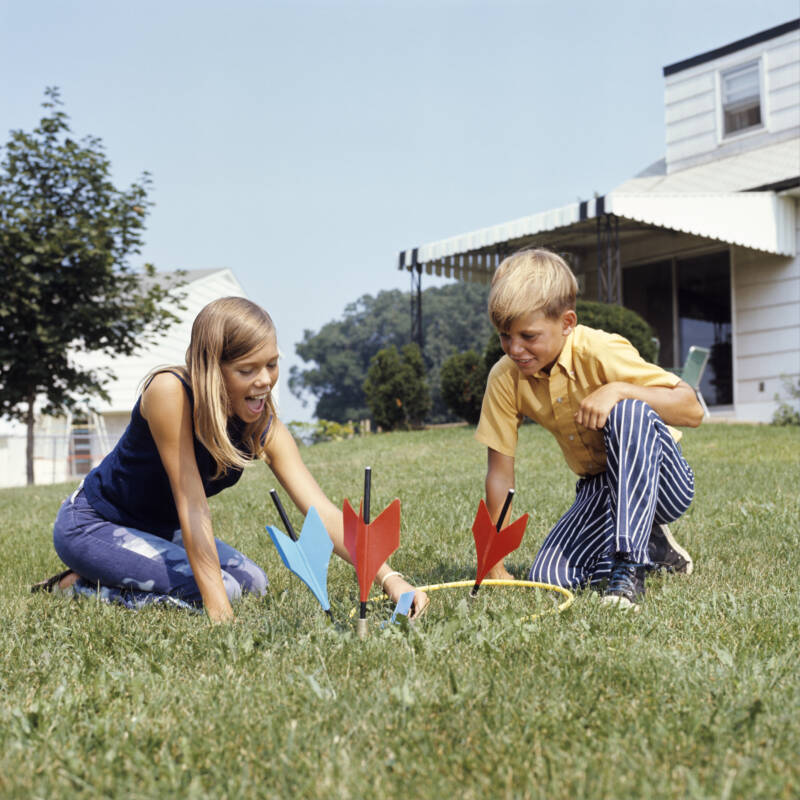 H. Armstrong Roberts/ClassicStock/Getty ImagesThe dangerous toys of decades past, like lawn darts, have been banned or adapted to be safer.

Every generation looks back on its childhood toys with nostalgia. But the consumer products of yesteryear weren’t always up to today’s safety standards. On the contrary, the seven dangerous toys listed here show just how much times have changed.

From 12-inch lawn darts that pierced the skulls of at least a dozen kids to “toy” guns now considered actual firearms in several American states, these toys from the past doubled as deadly weapons.

Older generations may bemoan increasing safety measures. But the waning popularity (or outright banning) of the seven toys listed below have undeniably saved countless lives.

Believe it or not, your parents played with these toys — and somehow survived to chuckle about it. 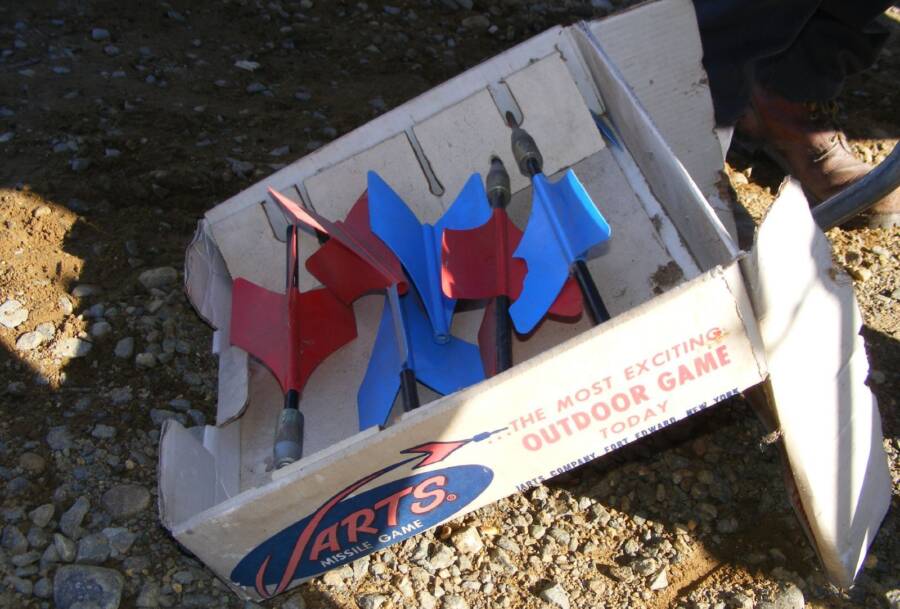 Flickr/PixelJarts were 12 inches long with a weighted metal tip at one end and three plastic fins at the other.

Lawn darts — cheap and easy to use — were a staple of backyard barbecues in the 1980s. Players would toss their dart into the air in an attempt to hit a plastic hoop laid down on the grass nearby. Everyone’s turn was fun — and dangerous.

The weighted, 12-inch darts were equal parts fun and risky. Three plastic fins allowed the darts to soar through the air, and their spiked metal ends ensured they struck hard into the ground.

Unfotunately, it didn’t take long for child injuries and fatalities to occur.

Marketed as “Jarts,” the toy was sold in kid’s stores for years before the U.S. Food and Drug Administration (FDA) stepped in, as at that time they were responsible for regulating toy safety.

In 1970, they asked R.B. Jarts, Inc. to add a warning label to the toy. The FDA also pulled the product from toy stores. But this wouldn’t be enough to save lives.

In April 1987, tragedy struck. Aerospace engineer David Snow of Riverside, California had an old box of Jarts at home — which his nine-year-old son was ecstatic to find. One throw later, a Jart smashed into his seven-year-old sister’s head with 23,000 pounds of pressure per square inch.

The girl was pronounced clinically dead three days later. Snow became determined to spare others from the loss and grief he endured. When he brought his complaints to the U.S. Consumer Product Safety Commission (CPSC), they unearthed an abundance of hospital emergency room reports that supported Snow’s campaign.

The lawn darts had sent 6,100 people to the emergency room over an eight-year period. Of these, 81 percent were 15 years old or younger. The majority suffered injuries to their heads, faces, eyes, and ears — leaving many permanently disabled.

“I want to get these damned darts,” said Snow. “These things killed my child. If I don’t do anything, it’s just a matter of time before someone else gets killed. I’m going to get them off the market. Whatever it takes.” 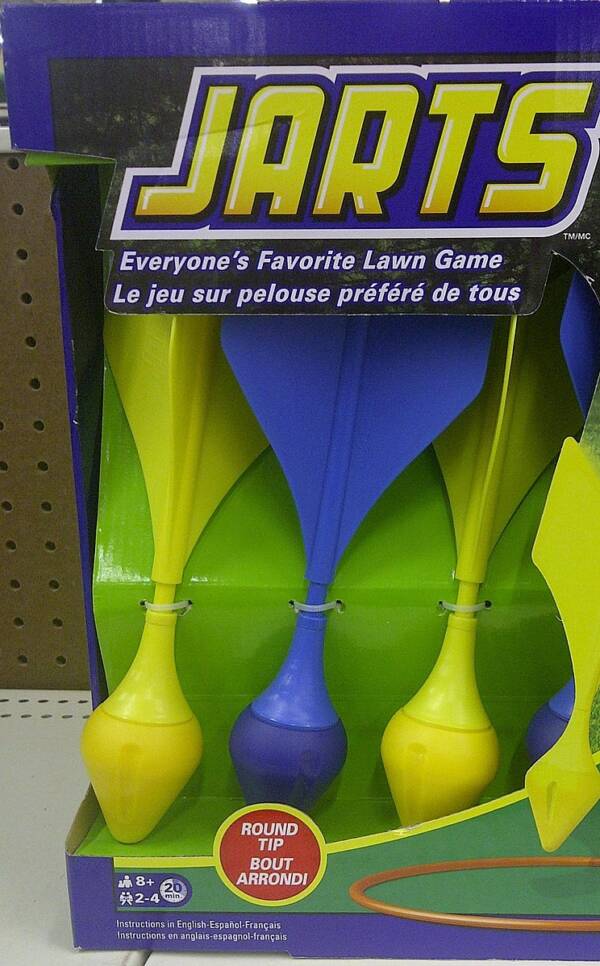 Wikimedia CommonsJarts have since rebranded successfully and replaced their lethal metal tips with rounded plastic.

Snow campaigned persistently for regulation. He spearheaded an official vote on the matter and even met with President Ronald Reagan’s assistant of consumer affairs. The commission issued a new safety warning. But before the dangerous toy was banned, at least two other children died.

On the week of the commission’s vote, an 11-year-old child in Tennessee fell into a coma as a result of the darts. This likely led to the 2-1 decision to ban the toy. The darts were removed from the shelves and the government instructed anyone who owned a set to destroy it.

Tragically, the CPSC had to reissue this warning on May 15, 1997 after a seven-year-old boy suffered a brain injury from a banned Jart.