From a glow-in-the-dark moon to a planet where it rains diamonds, this is the most fascinating space news of 2020.

We are about to close out another spectacular year of scientific discoveries. Indeed, there was a lot of significant — and thrilling — space news this year. Some brought mankind closer to understanding outer space, while others only deepened the mystery of our universe.

Let’s explore some of the biggest and most mind-bending space news headlines from 2020. 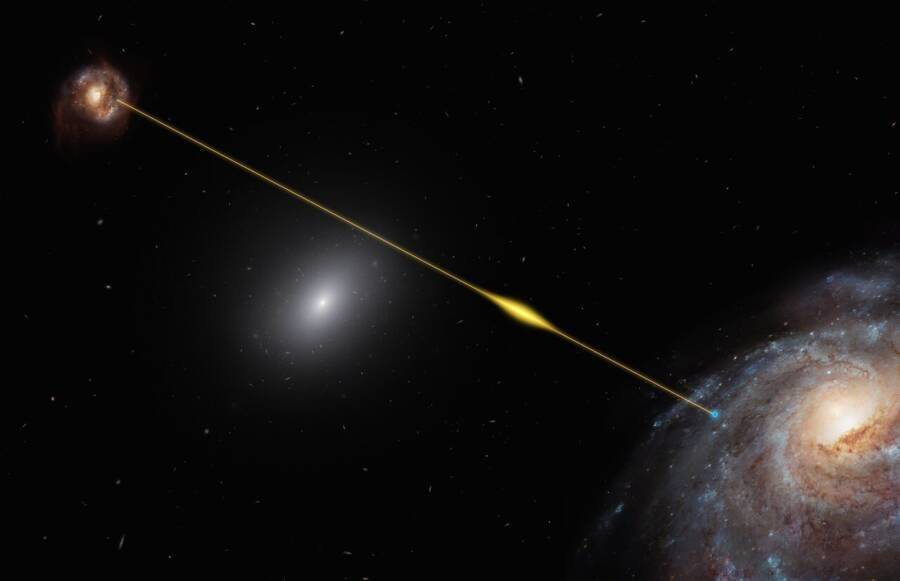 Of all of the fascinating space news stories this year, one certainly stands out: the discovery of a mysterious radio signal coming from deep space.

In June 2020, astronomers revealed that they had captured a deep-space radio signal that was unlike anything researchers had seen before. Fast radio bursts, or FRBs like this, are not entirely unusual. Scientists have detected FRBs in outer space for years, but the cause of these signals, which come from unidentified sources in galaxies billions of light-years away, is still unknown.

What is understood, however, is that they can unleash enormous amounts of energy — sometimes as powerful as hundreds of millions of suns — which is how the signal is able to reach our galaxy despite being so far, far away.

Typically, FRBs appear only once. But the signal that was studied in June known as FRB 121102 acts differently. It is only the second repeating FRB known to date, and it was first identified by the Arecibo Observatory telescope in Puerto Rico back in 2012.

Unlike other FRBs, this one was discovered to repeat itself on a specific pattern. In 2016, astronomer Kaustubh Rajwade at the University of Manchester realized that this specific radio signal burst had reappeared multiple times over the years.

In fact, his team found that it was reappearing on a consistent cycle that was 157 to 161 days long. This was a breakthrough discovery in outer space news.

An astronomer discusses the FRB phenomenon.

Since Rajwade’s revelation, his team has continued to monitor the activity of FRB 121102, which has reemerged on their radar like clockwork. Researchers have been able to trace the origins of the deep-space signal back to a dwarf galaxy three billion light-years away.

Some scientists believe that FRBs could simply be the result of a flaring neutron star called a magnetar, but Rajwade argues that the specific cycle of FRB 121102 proves that FRBs could very well be from something else — perhaps aliens.

“Detecting a periodicity provides an important constraint on the origin of the burst and the activity cycles could argue against a precessing neutron star,” Rajwade said.

While there remains much to be discovered about FRB 121102, it’s certainly one of the most enticing space news stories of the year.