The signal emanates from a galaxy three billion light-years away for 90 days before going silent for 67 days. 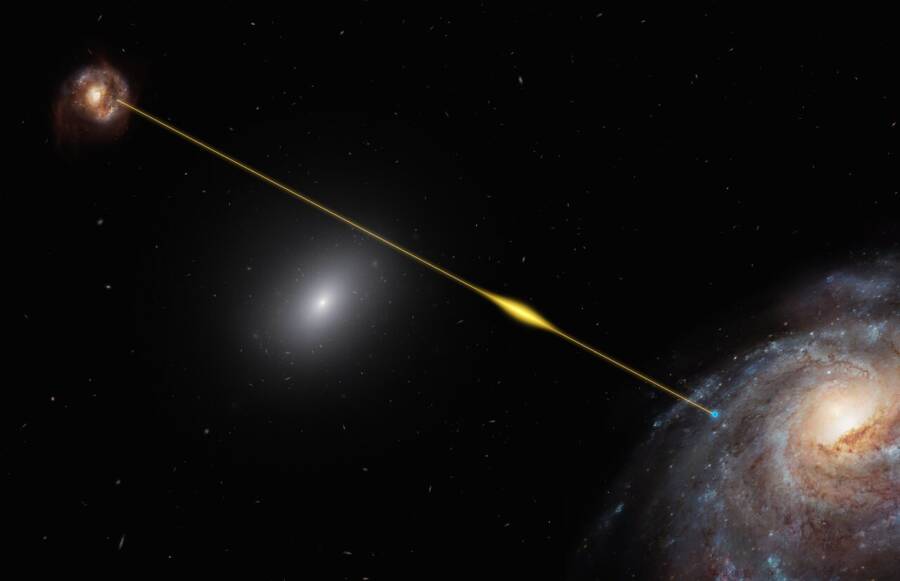 In June 2020, astronomers announced that they had identified a deep-space radio signal that seemed to repeat itself on a clear 157 to 161-day cycle. Researchers predicted at the time that the signal would reappear again before the end of August — and it just did.

According to Sputnik News, the radio signal is known as a fast radio burst or FRB, which is a phenomenon that has baffled scientists since it was first discovered in 2007. FRBs emanate from galaxies millions to billions of light-years away with no discernible cause and, according to the University of Manchester, they usually appear only once before vanishing for good.

But this particular FRB, known as FRB 121102, has reappeared like clockwork.

FRB 121102 was first identified by the Arecibo Observatory telescope in 2012 and though it returned a few times over the next four years, it wasn’t until 2016 that a research team led by astronomer Kaustubh Rajwade at the University of Manchester realized it was reappearing on a cycle about 157 to 161 days long. FRB 121102 was found to be active for around 90 days when it would discharge a millisecond-long radio flare before returning to its slumber for about 67 days. 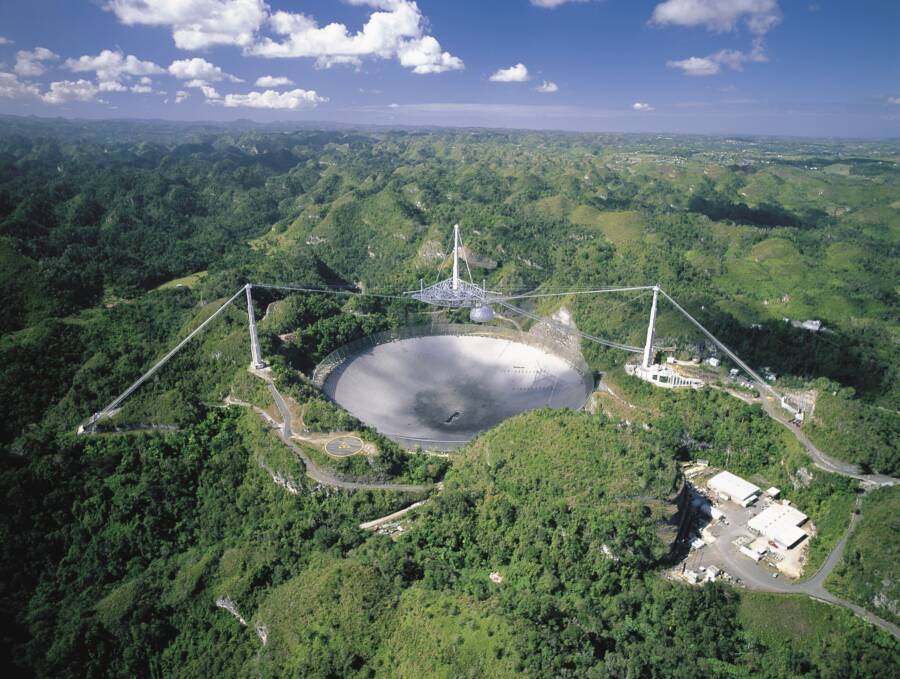 TwitterThe Arecibo Observatory telescope in Puerto Rico first spotted FRB 121102 in November 2012, but it would be another eight years before anyone could confirm that it was signaling on a schedule.

Rajwade’s team has since observed and recorded the activities of FRB 121102 from the Jodrell Bank Observatory in Cheshire and then combined and compared this data with information taken from the observations of other teams, like one led by Marilyn Cruces of the Max Planck Institute for Radio Astronomy.

According to Science Alert, because FRB 121102 repeats itself, astronomers have not only been able to accurately predict when it will be active again, but have even been able to identify its origins — in a dwarf galaxy three billion light-years away.

Even more intriguing is that despite how quickly FRBs move, they’re extraordinarily powerful. Within milliseconds, they can unleash an amount of energy equal to hundreds of millions of Suns.

As of now, FRB 121102 is the second repeating FRB ever discovered. Another FRB was found in February to be emitting a signal every 16 days from 500 million light-years away.

For Rajwade, this recent discovery is most interesting because it can shed light on how these FRBs are created in the first place. Though it is largely unknown what causes FRBs, there are some theories that range from cosmic explosions to messages sent by aliens.

Some scientists believe that FRBs could simply be the result of a flaring neutron star called a magnetar, but Rajwade argues that the cycle of FRB 121102 proves that FRBs could very well be from something else. 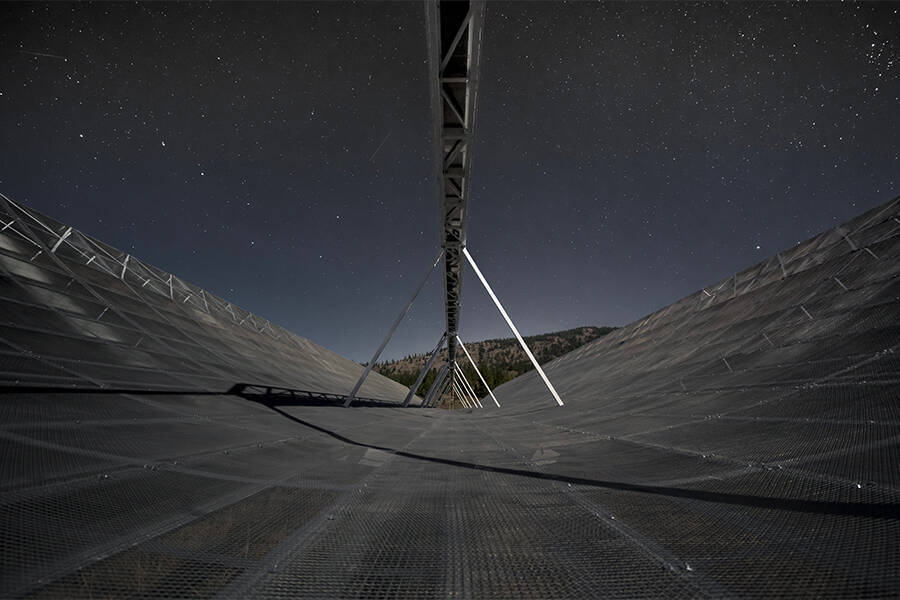 “This is an exciting result as it is only the second system where we believe we see this modulation in burst activity,” he said. “Detecting a periodicity provides an important constraint on the origin of the burst and the activity cycles could argue against a precessing neutron star.”

Duncan Lorimer, Associate Dean for Research at West Virginia University, added that, “This exciting discovery highlights how little we know about the origin of FRBs.”

Despite how exciting the predictable return of FRB 121102 has been, however, many questions remain.

“Further observations of a larger number of FRBs will be needed in order to obtain a clearer picture about these periodic sources and elucidate their origin,” concluded PhD student Devan Agarwal, who helped analyze the data.

A CBC News interview with an astronomer discussing the fast radio burst phenomenon.

Researchers have discovered more than 100 FRBs to date, but only a handful have repeated and only two of those repeat on a recognized pattern. Developments of this rather newfound phenomenon are constantly in flux, as evidenced by a recent discovery made by the National Astronomy Observatory of China.

Two weeks ago, they detected 12 bursts from FRB 121102. After scanning the waves through the world’s largest telescope, the 1,640-foot Aperture Spherical Radio Telescope (FAST) in southwest China, they observed slightly different results from Rajwade’s team and instead calculated a 156-day cycle.

The team, led by Pei Wang of the National Astronomy Observatory of China, published their findings in The Astronomer’s Telegram, where they predicted that FRB 121102’s active phase will conclude between Aug. 31 and Sept. 9, 2020. But if telescopes around the world pick up any bursts thereafter, then perhaps this pattern either doesn’t exist — or whatever is making it has evolved.

Next up, read 29 interesting space facts that prove how boring life on Earth is. Then, learn about how astronauts on the ISS baked history’s first-ever batch of space cookies.