In the dead of night, an auxiliary cable meant to last another 15 years inexplicably snapped. The incident created a 100-foot gash in the dish — halting the search for extraterrestrial life. 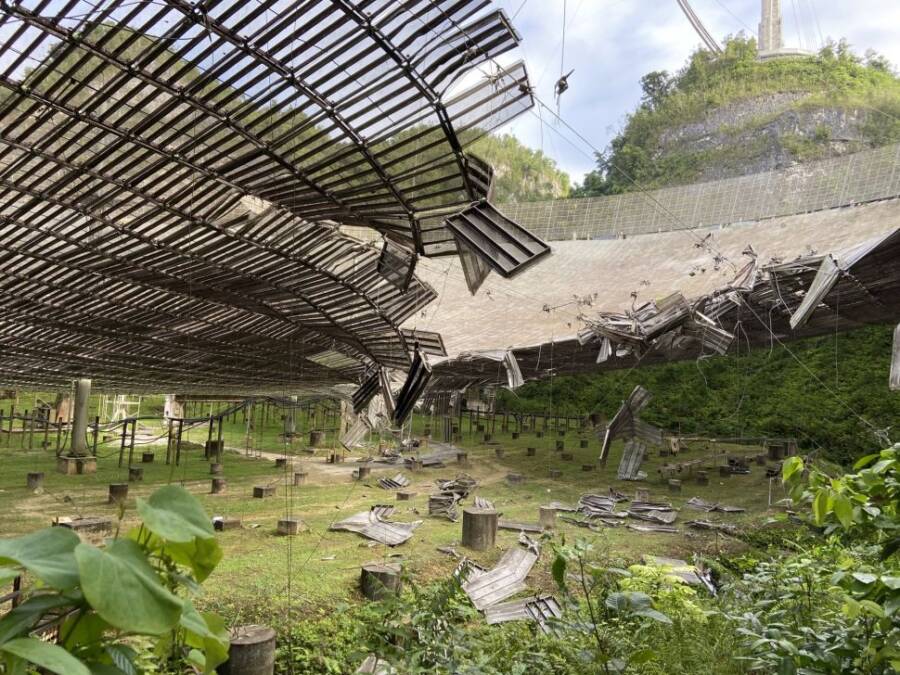 University of Central FloridaThe destructive gash is 100 feet long and has caused officials to temporarily halt the telescope’s operations.

The Arecibo Observatory in Puerto Rico is home to one of the largest radio telescopes in the world. Essentially a giant ear to the universe, it tracks asteroids and listens for radio signals from other galaxies. According to CBS News, that remote structure was just found mysteriously destroyed.

Made famous by the climactic scene from James Bond film GoldenEye, it appears the telescope was damaged after integral cables suddenly snapped and crashed into the main dish. This has left experts baffled, as the telescope is located in the middle of a forest — and its cables were built to last.

“The cable didn’t really break in the sense of a cable kind of snapping, but it just sort of slipped from its socket, which is you know, an even weirder condition,” said Arecibo Observatory Director Francisco Cordova.

Aside from ensuring no sizable asteroids are headed our way, the telescope was pivotal for a program known as SETI — the search for intelligent life. Renowned astronomer Carl Sagan even employed its capabilities to send an interstellar message into space.

A CBS News segment on the bizarre Arecibo Observatory incident.

While nobody quite knows what happened yet, a few things are clear. On Aug. 10, 2020, an auxiliary cable that supports a suspended platform above the 1,000-foot-wide radio dish snapped in half. It then smashed into the telescope’s reflector panels, leaving the dish with a 100-foot-long gash.

According to Space, Cordova explained at a news conference on Aug. 14 that 250 of the primary reflector dish panels and numerous support cables were damaged. Uncertain as to how damaged, specifically, and how much repairs would cost — officials have temporarily shut the telescope down.

Technicians are working around the clock to get the telescope back online and find answers regarding the incident, hoping to prevent whatever did happen from doing so again. As it stands, what happened to the 56-year-old telescope is a mystery — with no answers on the horizon.

“So at this point, we’re not, you know, we don’t really have a bigger timeline of when that is going to happen,” said Cordova. 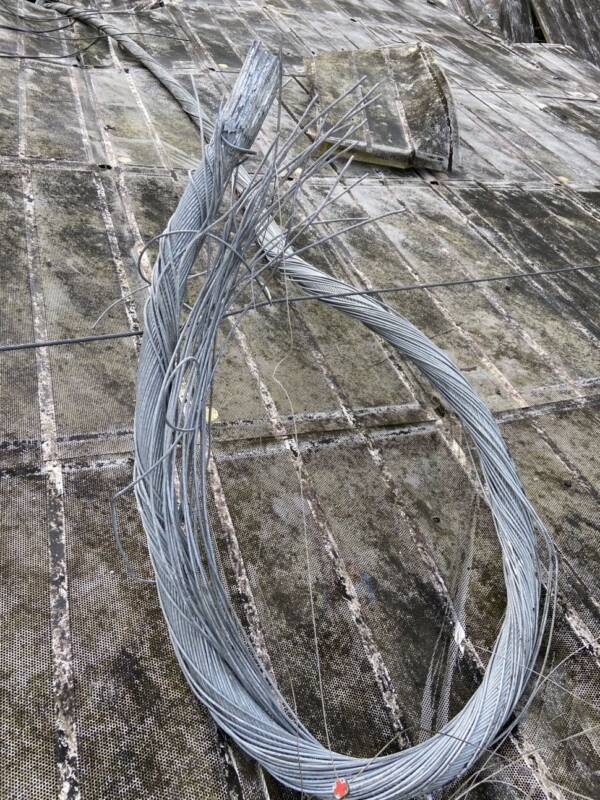 University of Central FloridaThe thick, steel support cable was designed to last another decade — at minimum.

The telescope at Arecibo Observatory was once the single largest radio dish on the planet. The cable that snapped was one of many that were added in the 1990s to support a new addition called the Gregorian dome, which contains an antenna receiver.

Perhaps most mystifying about all this is that the cable that snapped was designed to last another 15 to 20 years. While it’s still unclear whether the technical instruments inside the dome were damaged, six to eight panels on its exterior certainly were — as was the platform used to access it.

Fortunately, nobody was injured during the incident as it occurred at 2:45 a.m. Had the cable snapped during work hours, however, it’s possible staffers on site could have been gravely hurt. From studying gravitational waves to listening for alien life and tracking asteroids, it’s a busy site.

“Our focus is on assuring the safety of our staff, protecting the facilities and equipment, and restoring the facility to full operations as soon as possible, so it can continue to assist scientists around the world,” said Cordova. 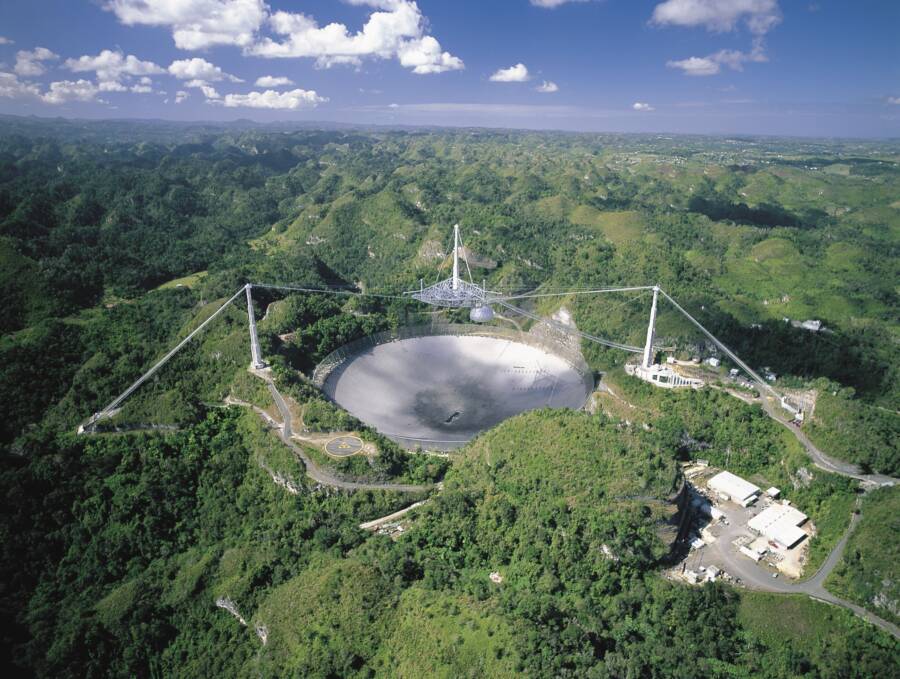 TwitterThe Arecibo Observatory telescope was once the single largest of its kind.

According to Sputnik News, there was no telescope bigger than the Arecibo Observatory’s upon completion in 1963. Since then, it helped NASA track near-Earth objects and aided the search for alien civilizations. The binary-coded message it beamed to distant stars in 1974 has gone unanswered.

As for the future, Cordova is confident he and his team will successfully forge ahead. After all, they’ve done so before — from weathering literal storms above to surviving earthquakes below.

“We’ll find a way to repair this particular issue and continue to move forward,” said Cordova. “We’ve overcome a lot in our 50-year history, from Hurricane Maria to very recent rash of earthquakes to now this.”

“So we’re a pretty resilient bunch down here and we’re going to figure out a way to continue to move forward, doing exciting science for the world.”

Next, read about four real U.S. government alien research projects straight out of The X-Files. Then, learn about the Indian village of Kuldhara that was abandoned overnight — and nobody knows why.