The Story Of Mary Church Terrell, The Fearless Black Suffragist You Didn’t Learn About In History Class

One of the first Black women to receive a college degree, Mary Church Terrell advocated for women's suffrage and racial equality long before either cause was popular.

The abolitionist movement and the struggle for women’s suffrage grew together in 19th-century America. Many abolitionists were also suffragists, but even within the movement for women’s rights, there was bigotry and racism. At the 1913 women’s march on Washington, for instance, some suffragists quietly asked that women of color march in the back — or hold their own march altogether.

But some women were strong enough to combat both — Like Mary Church Terrell.

But like many Black icons in U.S. history, her contributions to the civil rights and women’s suffrage movements are often left out of the average history class. 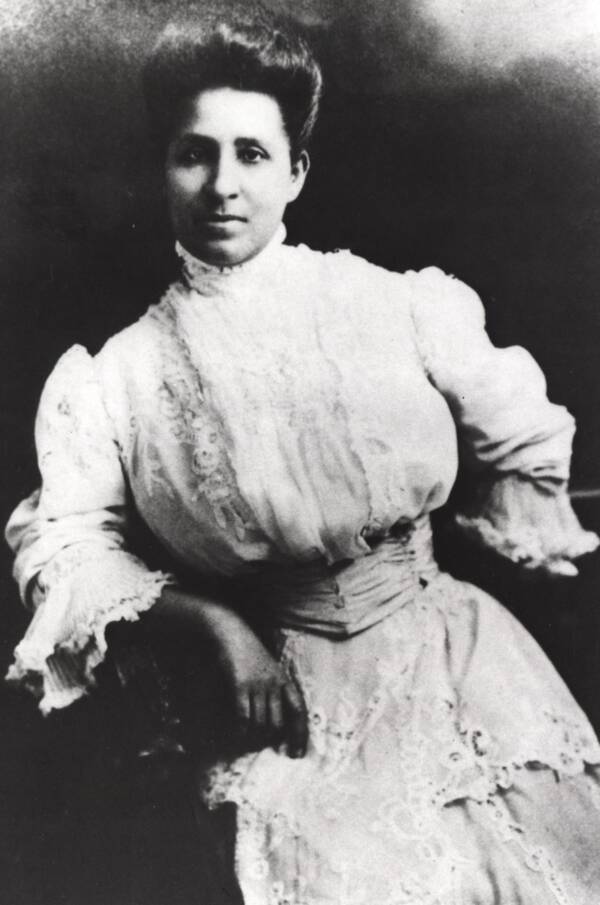 Mary Church Terrell was born in Memphis, Tennessee, in September 1863, right in the middle of the American Civil War. Both her parents had been enslaved but Terrell was born free and actually grew up in a relatively privileged home.

Her family’s wealth was the result of shrewd real estate investments made by her father, Robert Church, who himself was born to an enslaved woman and a rich steamship owner who let him keep his working wages. After he was freed, Robert Church invested his money wisely and became one of the first Black American millionaires in the South.

Because Church Terrell’s family was wealthy, she was able to secure a progressive education at Oberlin College, which was one of the first colleges to admit women and African Americans. Despite her elite pedigree, armed with a successful family name and a modern education, Church Terrell was still discriminated against.

She wrote candidly in her autobiography, A Colored Woman in a White World, that even while enrolled at Oberlin, which was an institution founded by abolitionists, she faced racism. “It would be difficult for a colored girl to go through a white school with fewer unpleasant experiences occasioned by race prejudice than I had,” she wrote.

Nevertheless, her time in college would prove to be some of the most influential years of her life as it radicalized her way of thinking. There, Terrell also made connections with affluent African Americans like Blanche K. Bruce, one of the first Black U.S. Senators, and Frederick Douglass, the Black abolitionist who was also a fervent supporter of the country’s women’s suffrage movement. 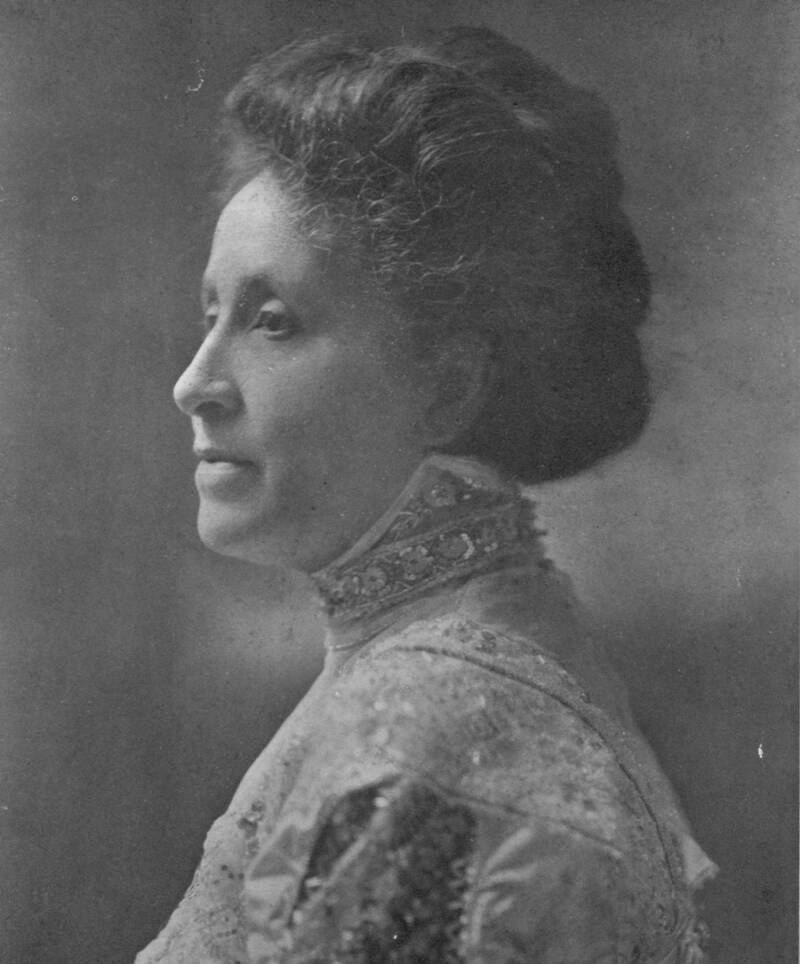 Library of Congress/Corbis/VCG via Getty ImagesMary Church Terrell was one of the first Black women to earn a college degree in America.

Mary Church Terrell graduated with a bachelor’s degree in classics in 1884 before earning her master’s degree.

Later, she taught at the M. Street Colored High School in Washington D.C. where she met her husband, Heberton Terrell. The couple married in 1891 and had two daughters.

The Lynching Of A Close Friend Inspired Her Activism 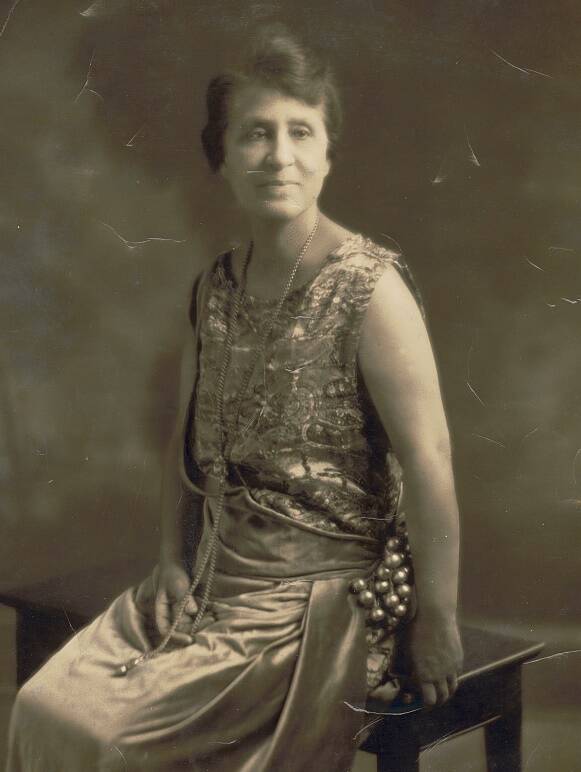 Library of CongressHer moving speech at the 1904 International Congress of Women in Berlin, which she did in three different languages, remains one of her most memorable.

A year after she was married, Mary Church Terrell’s old friend from Memphis, Thomas Moss, was lynched by an angry white mob because he had built a competitive business. By the end of 1892, a total of 161 Black men and women had been lynched.

Already well-connected with Black leaders of the time, Terrell joined suffragist Ida B. Wells on her anti-lynching campaigns, even in the American south.

Terrell also focused on community building and education. She believed that in providing African Americans with more and equal opportunity in education and business, the race could progress. In 1896, Terrell co-founded the National Association of Colored Women (NACW) where she sat as president of the organization between 1896 to 1901.

She coined the organization’s motto, “lifting as we climb,” which was meant to convey Terrell’s belief that racial discrimination could be ended by creating equal opportunities for Black people through education and community activism.

Her prominent position and academic achievements led to her appointment to the District of Columbia’s Board of Education in 1895, making her the first Black woman to hold such a position. Terrell was also among the founders of the National Association for the Advancement of Colored People (NAACP).

In spite of her successes, racial equality still seemed like a hopeless dream. The same year that Terrell became head of the NACW, the Supreme Court made segregation legal following the trial of Plessy vs. Ferguson. The ruling declared that segregation was legal in public facilities so long as the facilities for Black and white people were equal in quality.

This doctrine of “separate but equal” created a false equality and only reinforced discrimination against Americans of color. 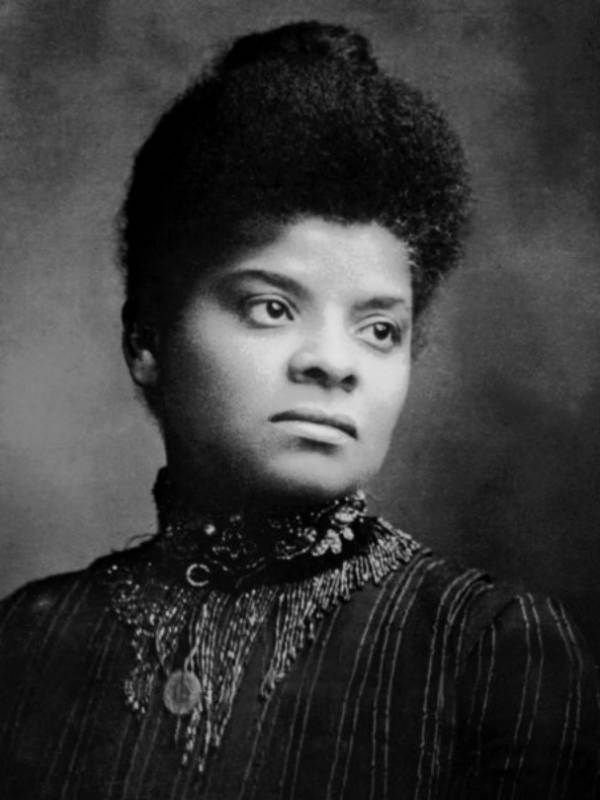 Wikimedia CommonsShe joined forces with Ida B. Wells (pictured), a Black suffragist and civil rights activist, in an anti-lynching campaign.

Moreover, lynchings against Black Americans were still common, particularly in the South. According to the NAACP, roughly 4,743 lynchings were recorded in the U.S. between 1882 and 1968 alone. About 72 percent of these were disproportionately carried out against Black people.

In addition to working with civil rights activists, Mary Church Terrell collaborated with suffragists. She believed that the empowerment of Black women would help the advancement of the country’s Black population as a whole.

However, stark racial divides also hampered her efforts in the suffrage movement.

Terrell Called Out Racism Between Suffragists 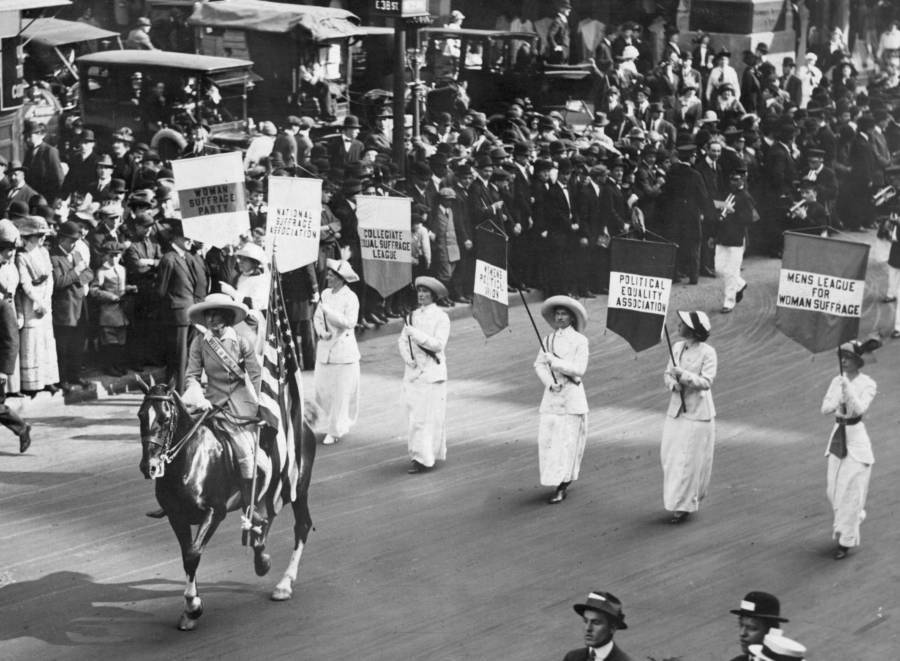 Paul Thompson/Topical Press Agency/Getty Images
The women’s suffrage movement often made gains for their sex at the expense of women of color.

Mary Church Terrell was an ardent advocate of both racial and gender equality, believing neither could exist without the other. She joined the National American Woman Suffrage Association (NAWSA), the national organization advocating for women’s voting rights, co-founded by prominent suffragists Susan B. Anthony and Elizabeth Cady Stanton.

Having navigated predominantly white spaces all her life, Terrell wasn’t intimidated by the lack of diversity within the organization. But she wasn’t going to stand for any mistreatment.

Black suffragists were often excluded from the movement through racist rhetoric and even certain women’s suffrage organizations excluded women of color in their local chapters.

But racial tensions within the movement hit a peak even before that in 1870 when Congress passed the 15th Amendment, which gave Black men the legal right to vote. Suffragists like Susan B. Anthony vehemently opposed this amendment on the basis that it excluded women and the movement fractured.

Mary Church Terrell voiced her dissent as she saw women of color increasingly pushed to the sidelines of the movement.

At the 1913 women’s march, for instance, suffragists of color were asked to march in the back or to hold their own march. But Terrell refused and marched with the Black women of Delta Sigma Theta sorority from Howard University. 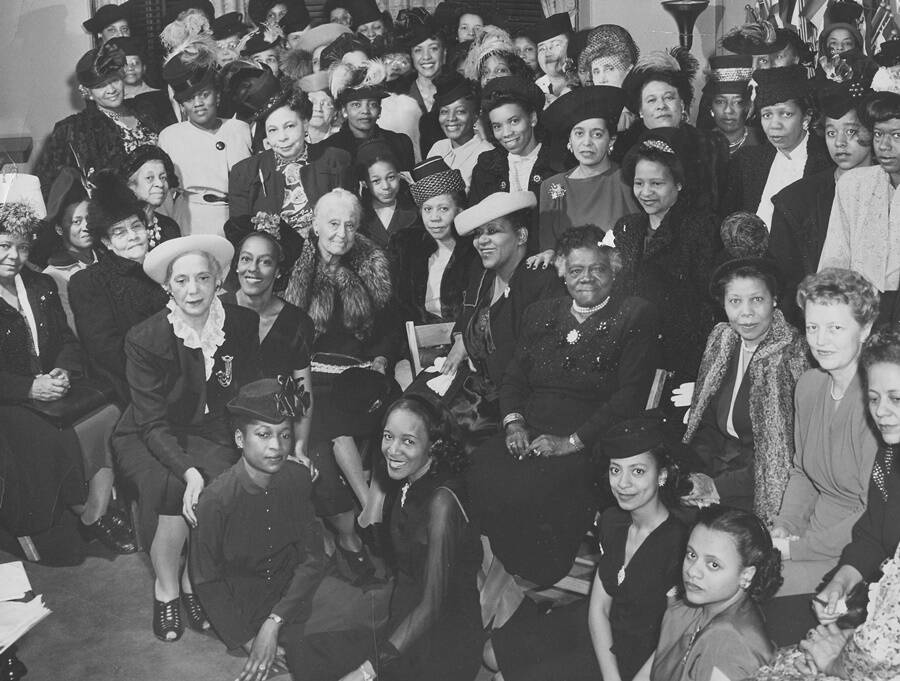 Afro American Newspapers/Gado/Getty ImagesTerrell (pictured in fur shawl) remained active with the National Association of Colored Women even in her old age.

In 1904, Terrell brought her ideals of intersectional equality to the International Congress of Women in Berlin, Germany. She delivered a rousing speech titled The Progress of Colored Women three times in German, French, and English. She was the only American speaker to do so. 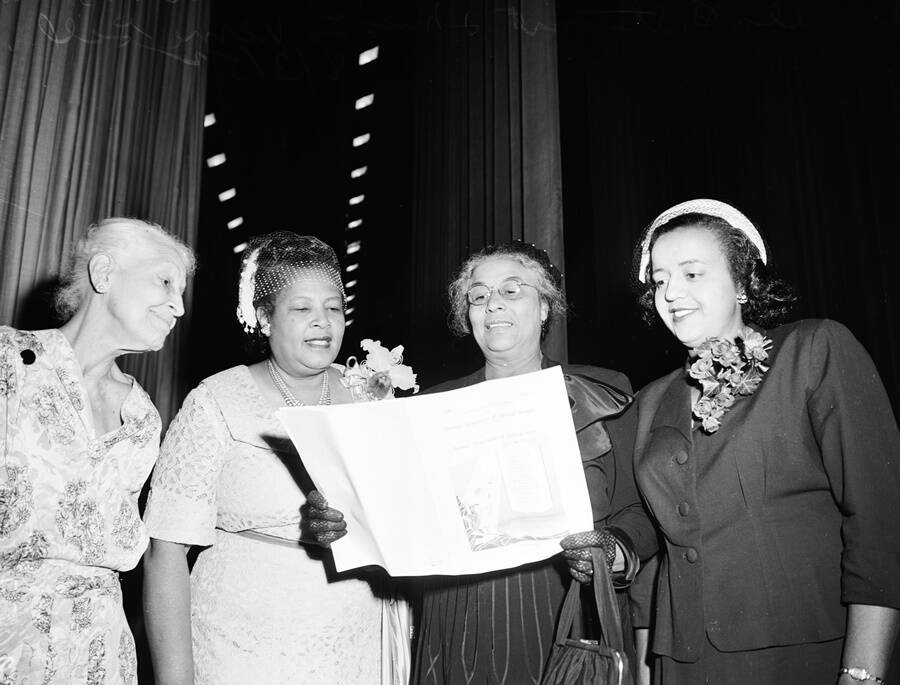 Los Angeles Examiner/USC Libraries/Corbis via Getty ImagesAt 86, Terrell (far left) launched a lawsuit against a segregated restaurant in Washington, D.C., which led to the Supreme Court decision to rule segregated eateries as unconstitutional.

Mary Church Terrell continued her activism for racial and gender equality well into her 80s. In 1950, at age 86, she launched a lawsuit against the John R. Thompson Restaurant, a segregated eatery in Washington, D.C.

The Supreme Court subsequently ruled segregated restaurants were unconstitutional, a breakthrough moment for the rising civil rights movement. She was also responsible for the adoption of Douglass Day, a holiday in honor of the Black abolitionist Frederick Douglass, which later evolved into Black History Month in the U.S.

Her legacy of intersectional feminism rings true even today and will rightfully be remembered in the history of the country’s pursuit of social justice.

Now that you’ve learned about Mary Church Terrell, take a look at the trailblazing presidential campaign of Shirley Chisholm, the first African American woman elected to U.S. Congress. Then, check out these vintage anti-suffrage posters that are savagely sexist.