This was the culmination of more than a century of hotly contested advocacy and debate in the American public on women’s suffrage. Below are some examples of anti-suffrage posters and illustrations, with most focusing on the ruinous consequences for the American household and family if women were given the right to vote (a.k.a. men having to spend time with their own children): 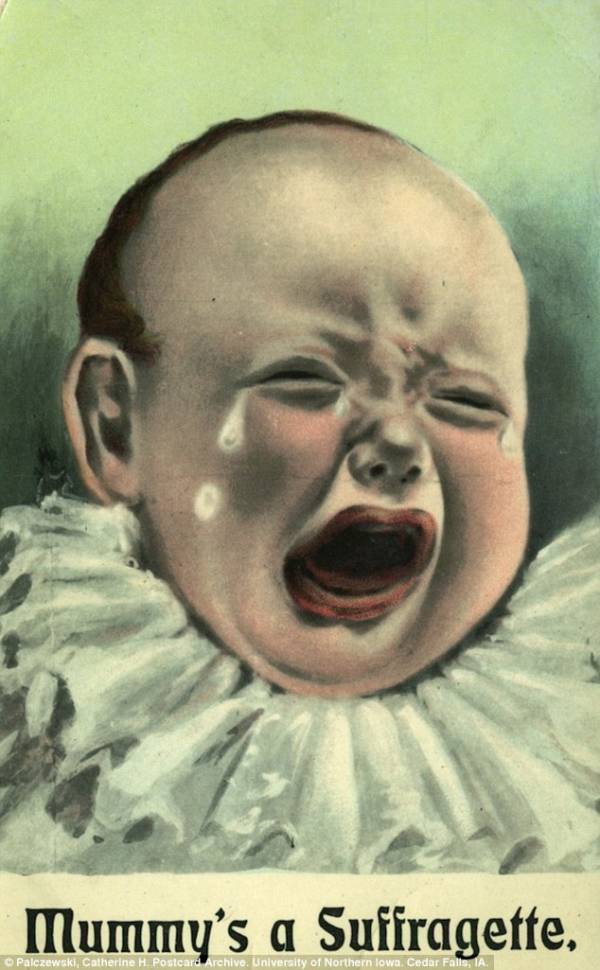 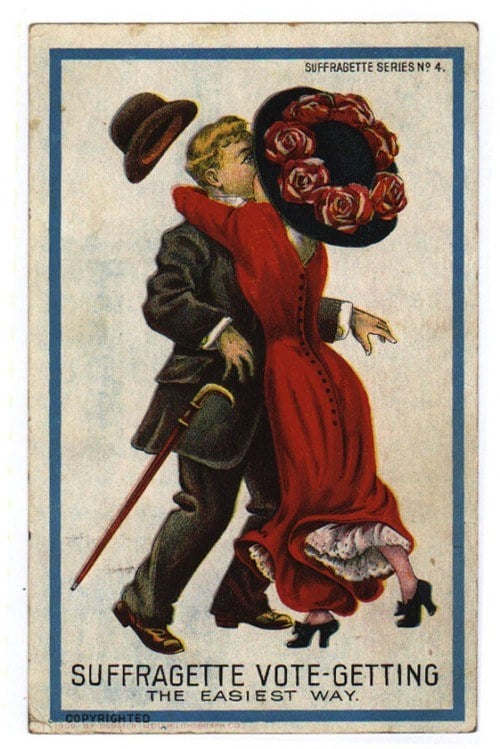 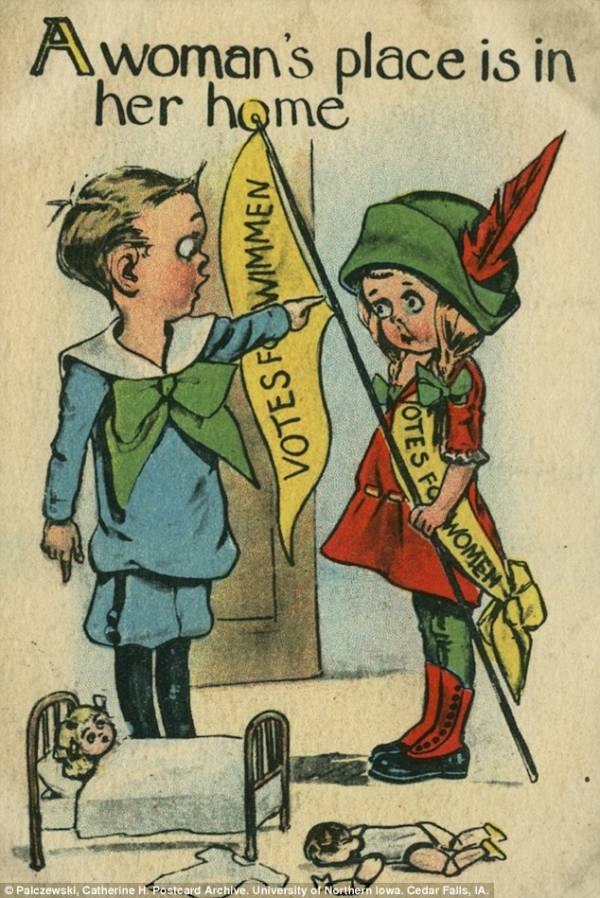 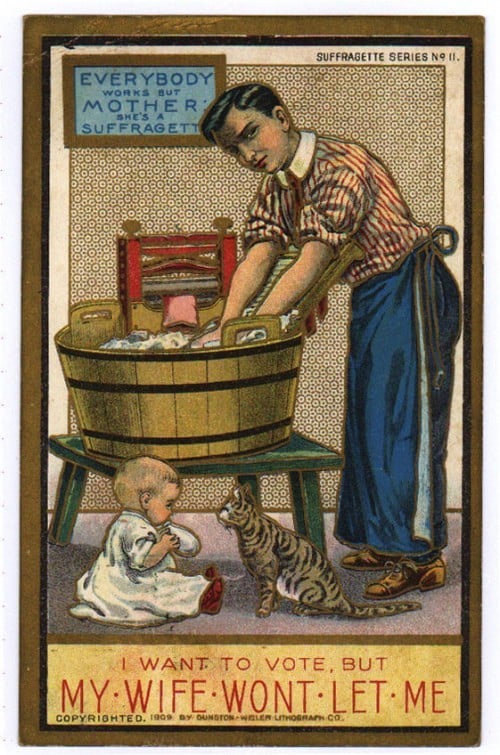 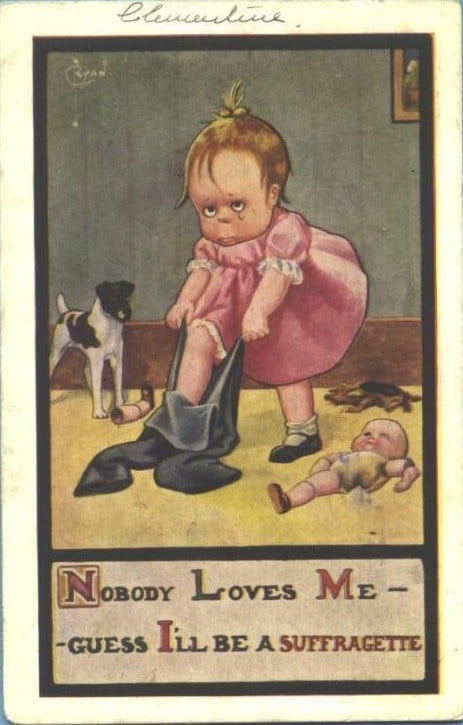 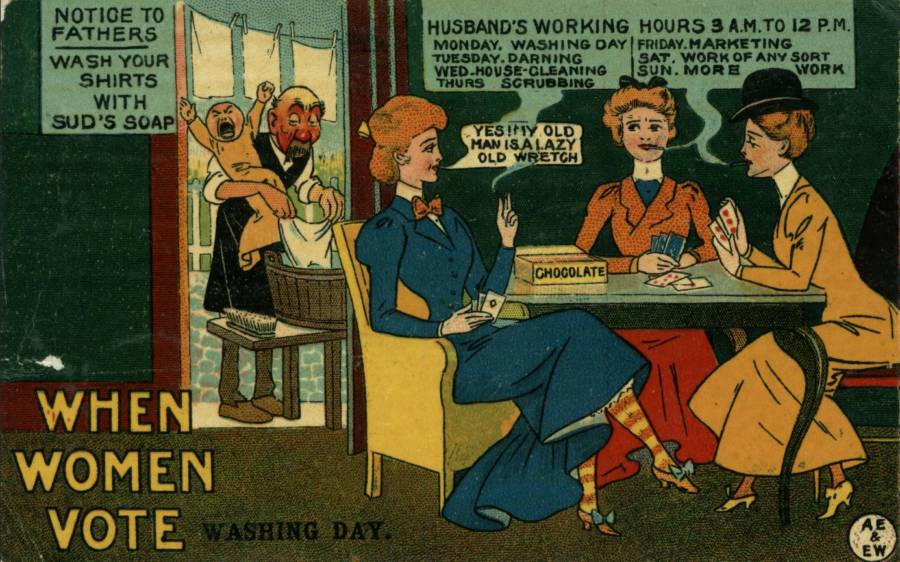 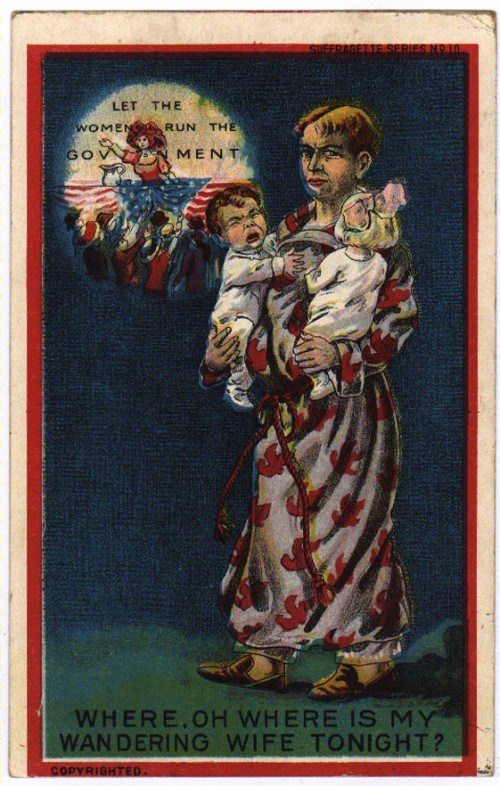 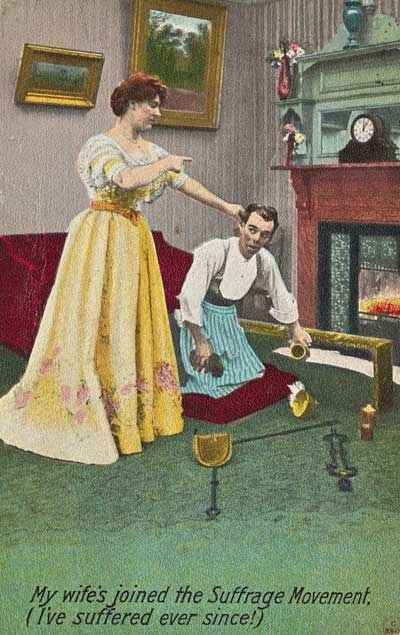 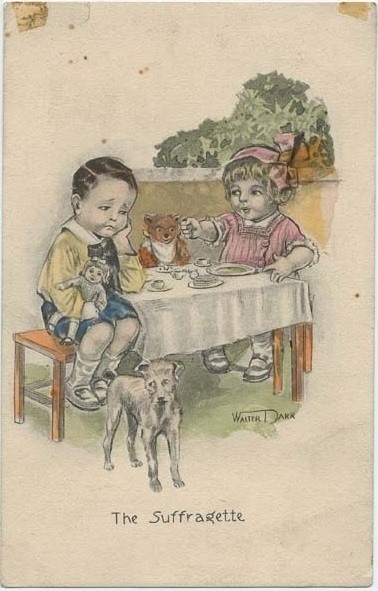 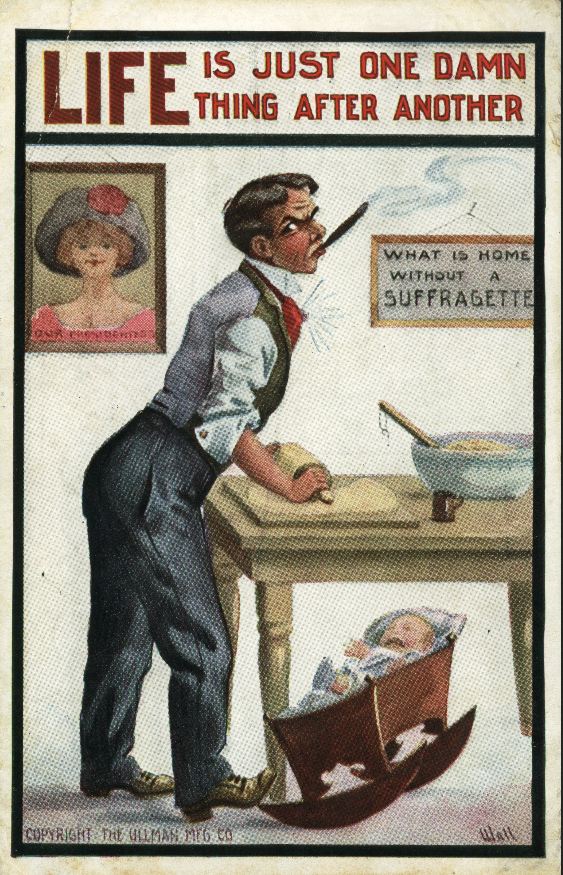 Do you know the name of the only woman to ever vote for national women's suffrage? Learn it here. Or, check out these inspiring photos of the suffrage movement.