Recognizing that the right to vote wouldn't come without a fight, these women looked to the martial arts as a guide. 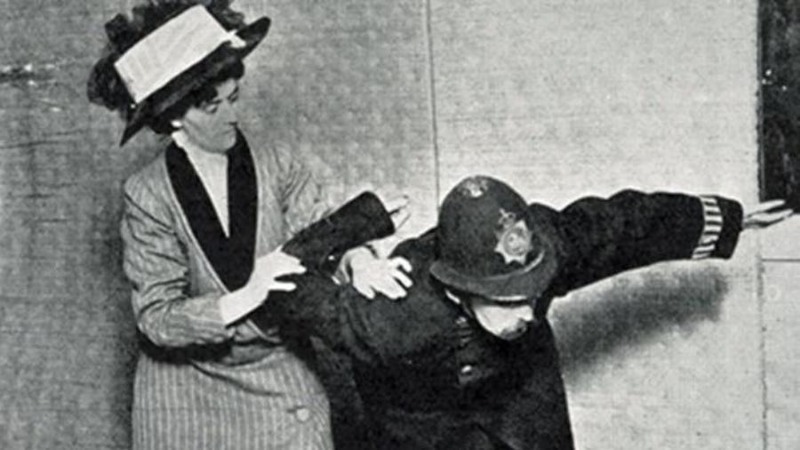 For the most part, British suffragettes looked like fairly non-threatening people.

Many of them were petite older women wearing long dresses and big flower-covered hats. Their hair was always perfectly coiffed, their high-collared shirts wrinkle-free, their sashes expertly calligraphed.

But don’t be fooled by those proper-English-grandma vibes, most of those ladies could almost certainly kick your ass. 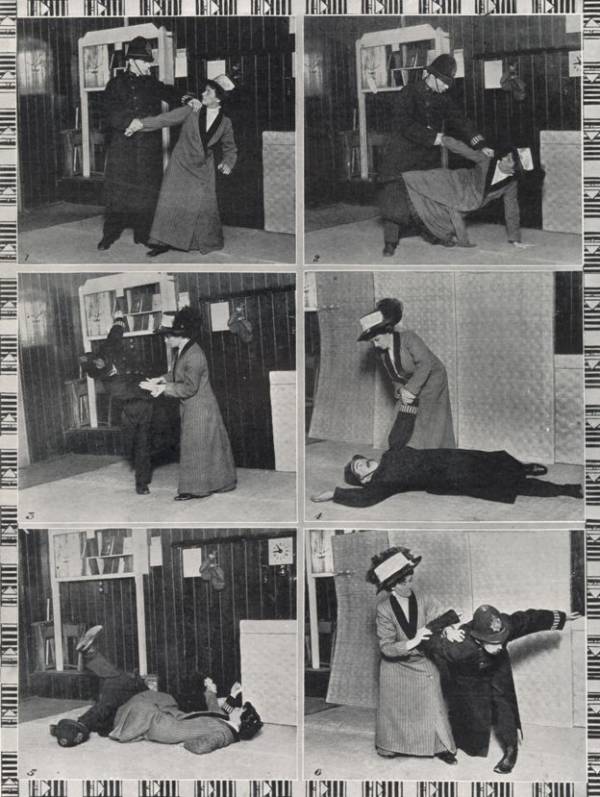 Like many civil rights activists, the women fighting for the vote in early 1900s Britain hadn’t set out to create a violent movement.

When confronted with increasing police brutality, though, they realized that they needed to be able to protect themselves.

Suffragettes had been arrested, thrown to the ground, groped, and force-fed with rubber tubes after a hunger strike. On November 18, 1910 — or “Black Friday” — two marchers were killed.

“The militancy of men, through all the centuries, has drenched the world with blood,” Emmeline Pankhurst, the face of the suffrage battle, once said. “The militancy of women has harmed no human life save the lives of those who fought the battle of righteousness.”

Obviously smaller and weaker than the walls of policemen confronting them, the protestors turned to the Japanese martial art of jujutsu — a centuries-old practice that uses an attacker’s force and momentum against them.

And this is what Edith Margaret Garrud, a tiny yet tenacious woman, taught the suffragettes.

Born in 1872, Garrud had learned the technique with her husband William, a gymnastics, boxing, and wrestling instructor. The couple ran a dojo in a trendy area of London and in 1908 the Women’s Social and Political Union (WSPU) approached them.

“Edith normally did the demonstrating while William did the speaking,” Tony Wolf, the author of three graphic novels on the militarization of suffragettes, told the BBC. “But the story goes that the WSPU’s leader, Emmeline Pankhurst, encouraged Edith to do the talking for once, which she did.”

By 1910, Edith Margaret Garrud was running frequent classes exclusively for the movement. She’d invite any curious men to challenge her — asking them to dress up in a police hat before expertly neutralizing their attacks to her pupils’ delight.

In a 1965 interview, she recalled one particular moment when the skills came in handy.

“Now then, move on, you can’t start causing an obstruction here,” a policeman had said while trying to stop her from protesting outside of Parliament.

“Excuse me, it is you who are making an obstruction,” Garrud had answered before flinging the man over her tiny shoulders.

Word of her techniques was quickly spread in Votes for Women, the WSPU newspaper, and the dojo became a kind of home base for the movement.

“The suffragettes would create a disturbance in Oxford Street, but then they’d run back to the dojo and hide their clubs and bats under the floor,” Martin Williams, Garrud’s great-nephew, told the Islington Tribune in 2012. “By the time the police arrived, they’d be pretending they were in the middle of their exercise class.”