27 Raw Images That Document The Birth Of The Blues 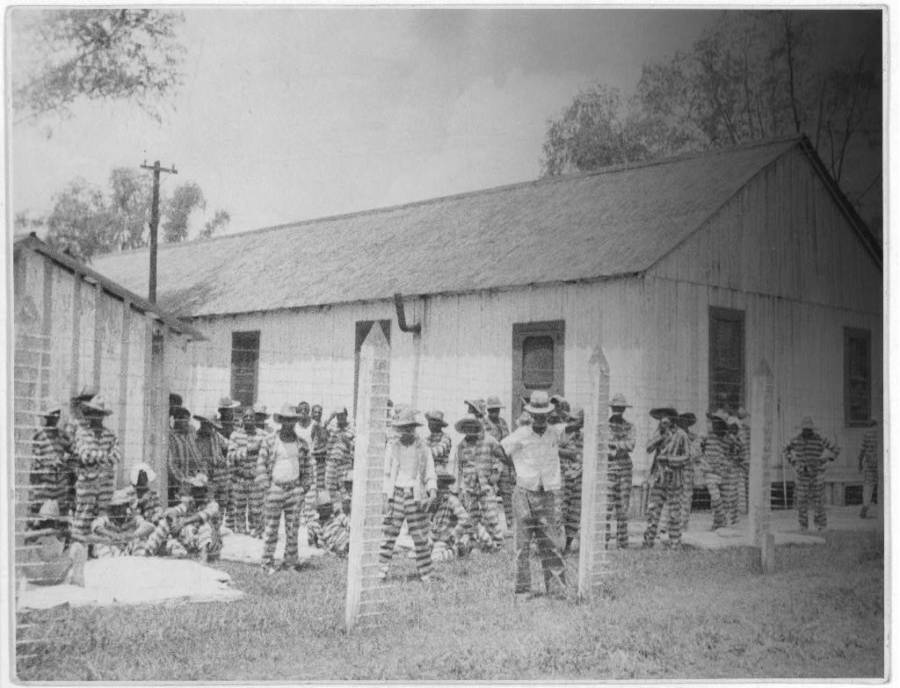 Huddie "Lead Belly" Ledbetter, one of the most celebrated blues singers of all time, stands in a prison compound.

Leadbelly had convicted for attempted homicide after stabbing a white man in a fight. He found his way into Louisiana State Penitentiary (pictured here in 1934), one of the places where the blues was born.Library of Congress 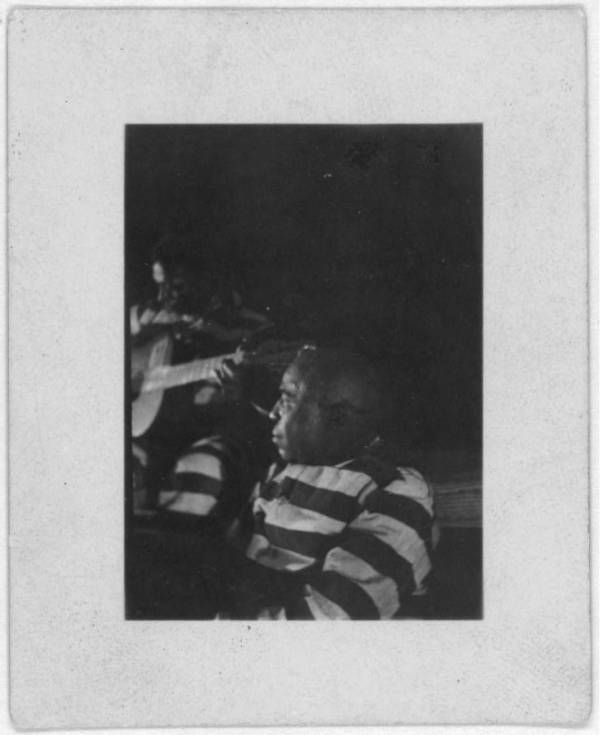 Being discovered in a Louisiana prison would be Lead Belly's big break. His recordings with John and Alan Lomax, made inside a prison cell, would be the start of his career. 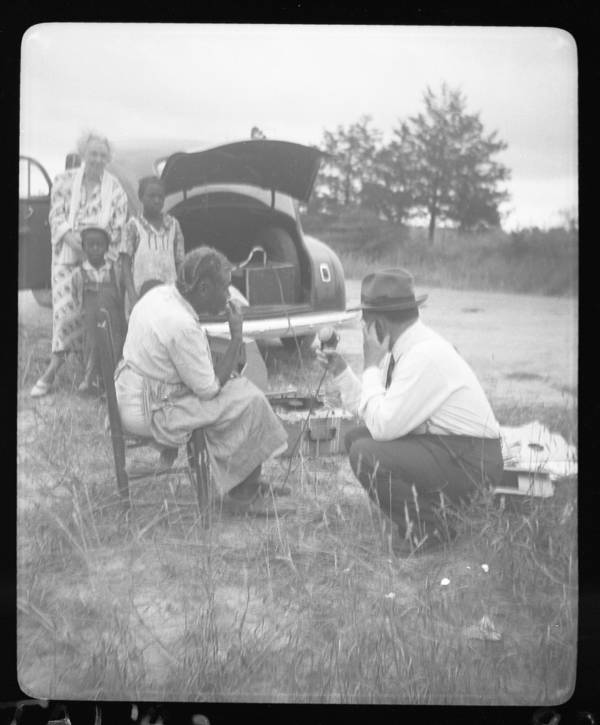 Aunt Harriett McClintock sings for John Lomax, recording out of the back of his car.

"My Mama learned it to me," Aunt Harriett told John Lomax, after singing her song. "She dead about thirty years." 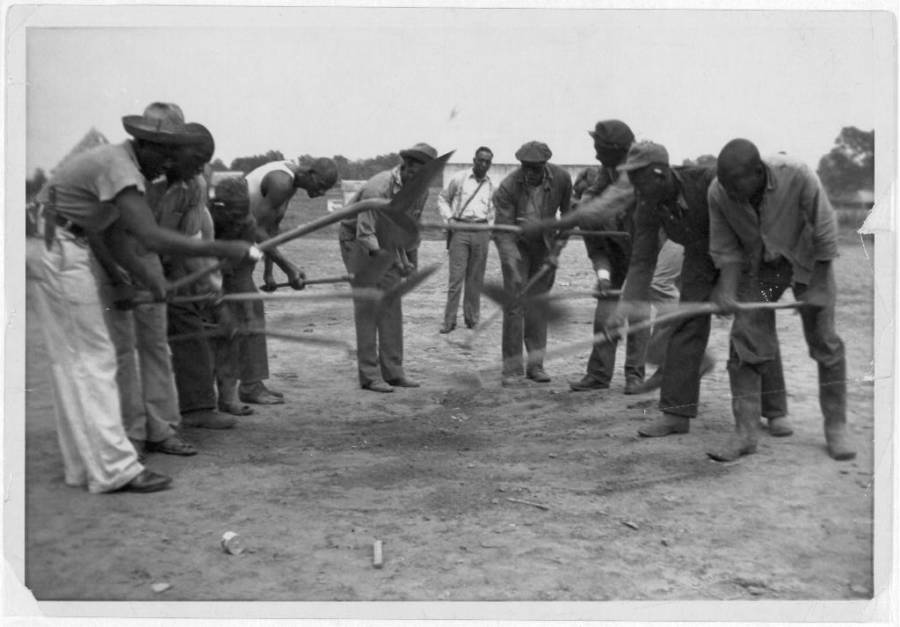 A group of prisoners work while they sing a song called "Rock Island Line." Their song would later be covered by everyone from Harry Belafonte to Johnny Cash. 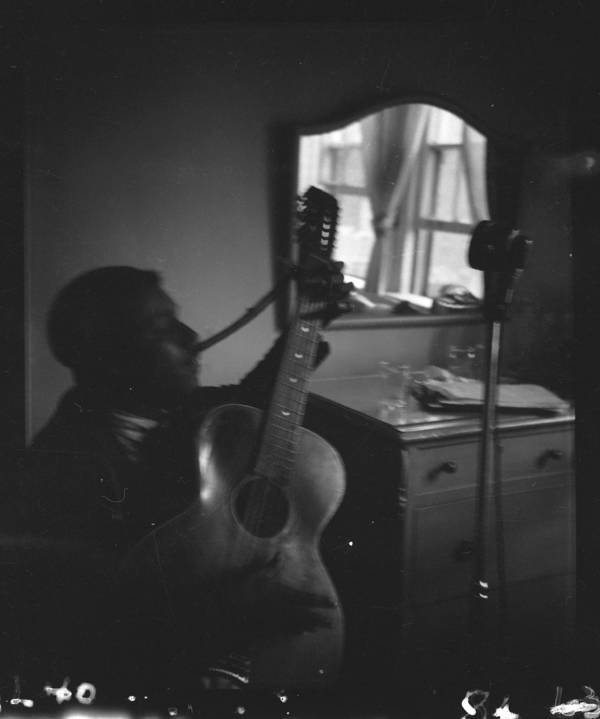 Blind Willie McTell plays his guitar inside of a hotel room. 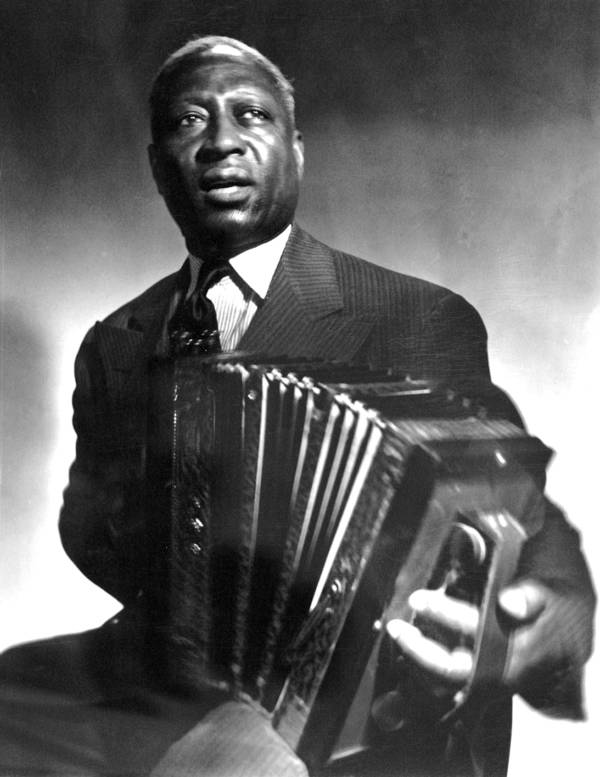 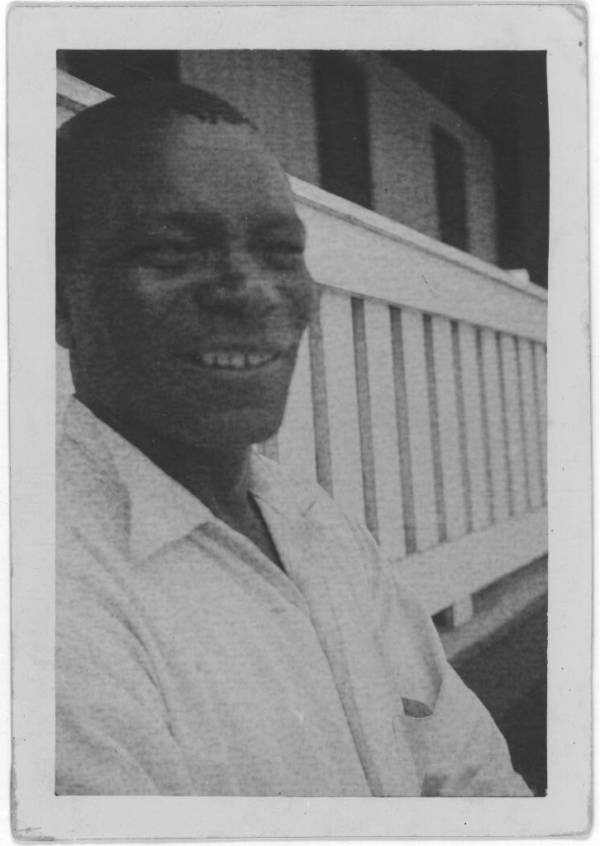 James "Iron Head" Baker made the first recording of the classic song "Black Betty" from inside of a jail cell at the age of 63. 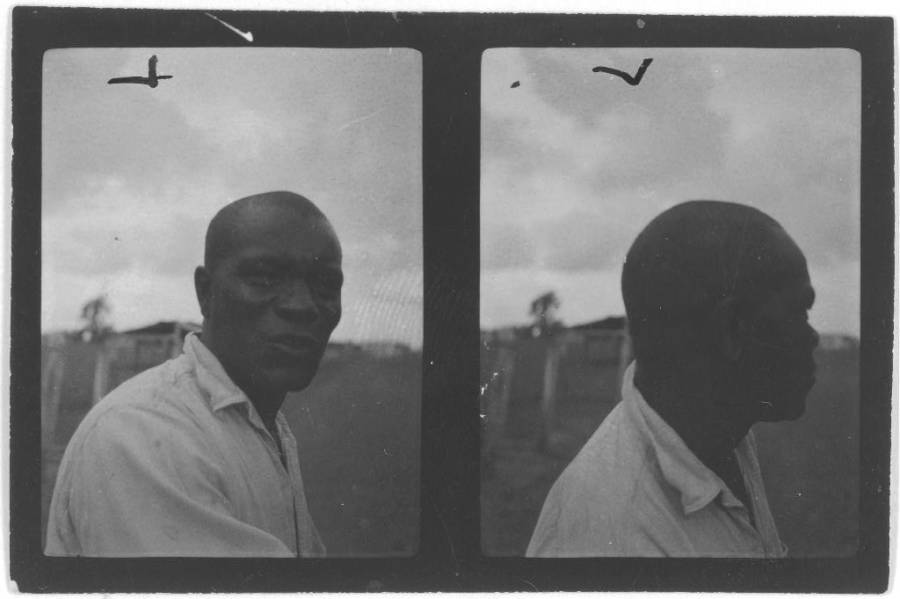 Baker had spent the last 30 years in and out of jail cells. "I'se a H.B.C.," Baker told Lomax. "Habitual criminal, you know." 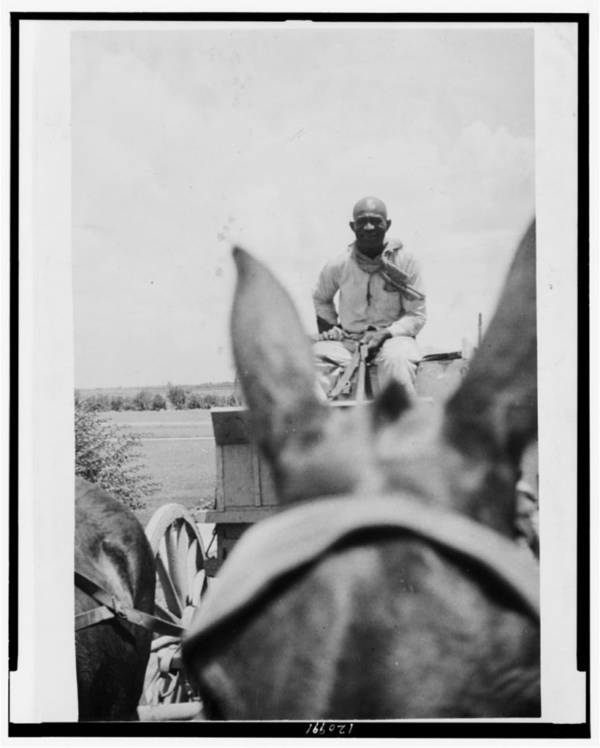 Baker often recorded with another prisoner, Moses "Clear Head" Platt. Platt's music, which was recently used in the film 12 Years A Slave, was recorded inside of a jail cell. 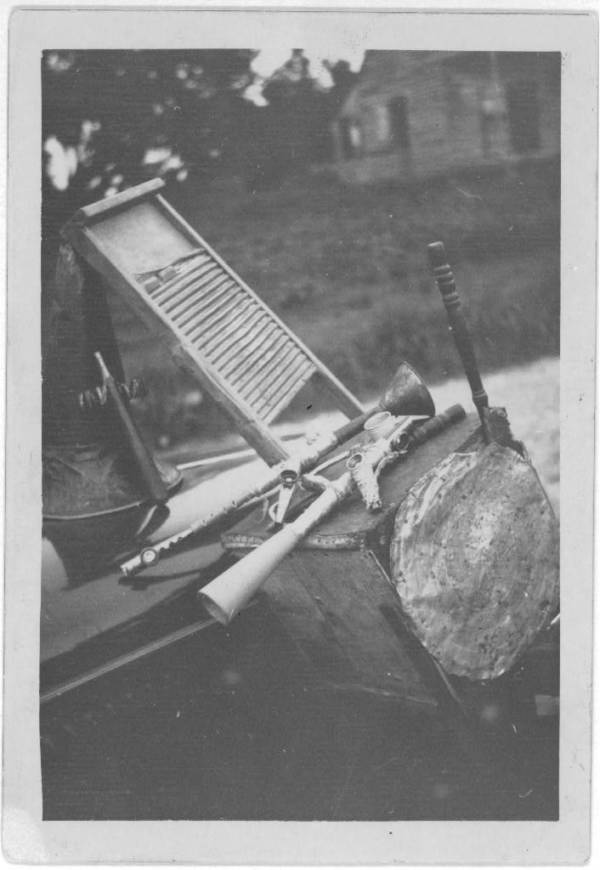 A homemade horn, drum and washboard, fashioned together by people without the money to buy instruments in a store but the need to play music.

Location unspecified. Circa 1934-1950.Library of Congress 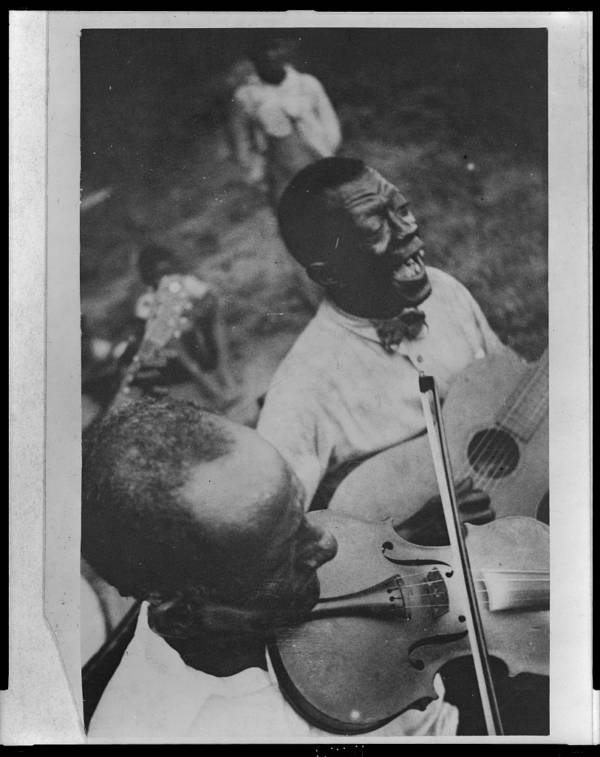 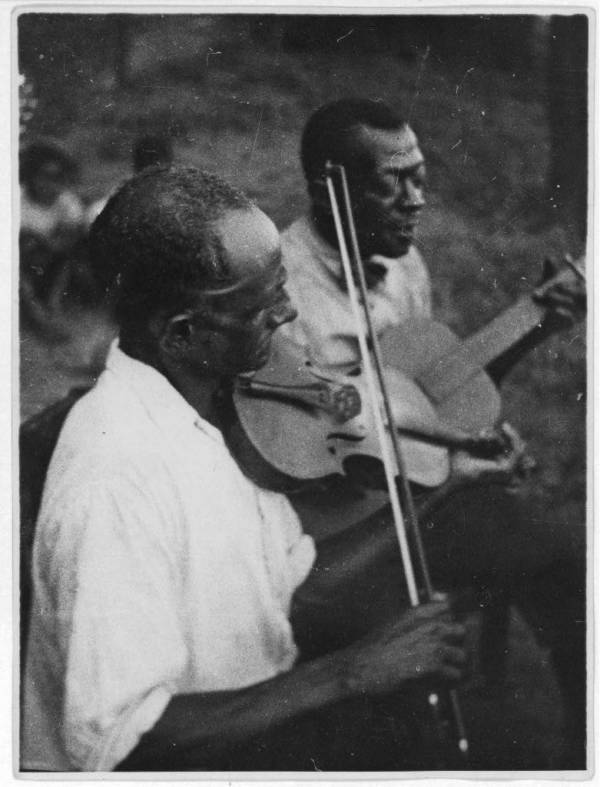 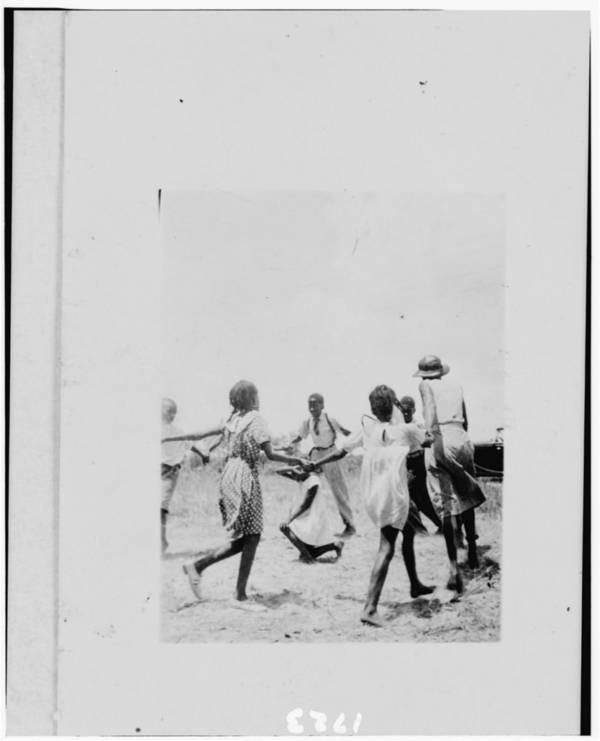 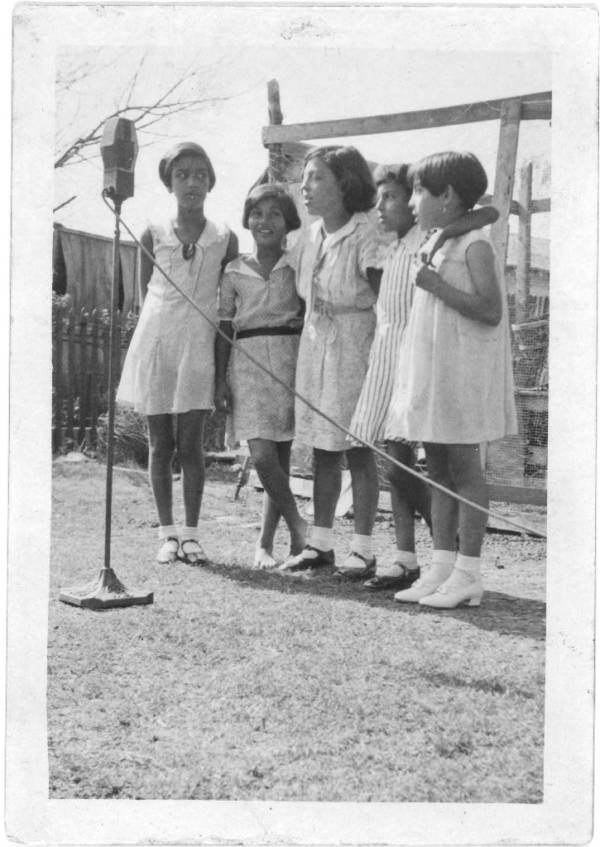 A group of Mexican girls, whose names have been lost to time, sing into Alan Lomax's microphone. 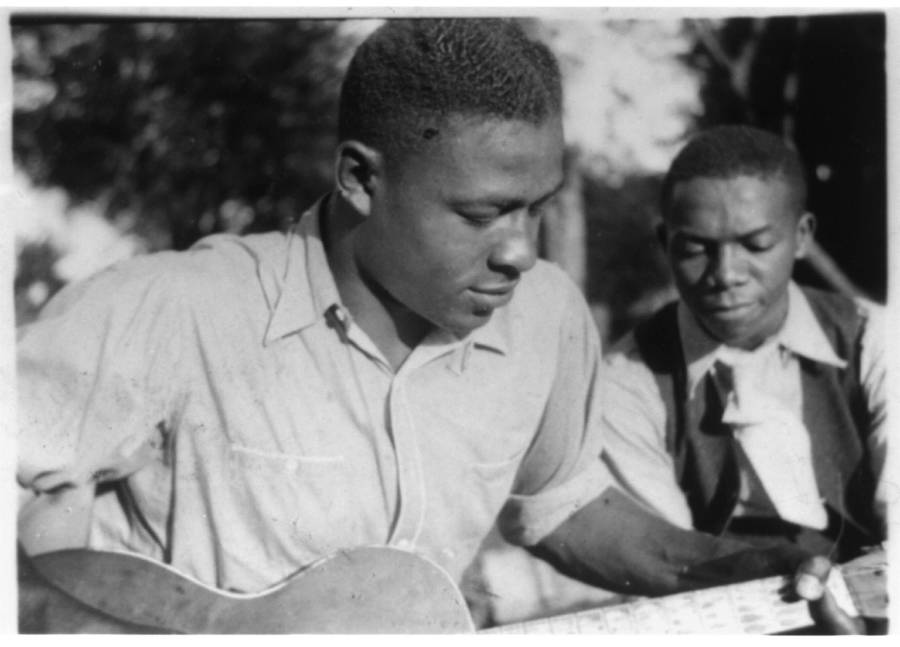 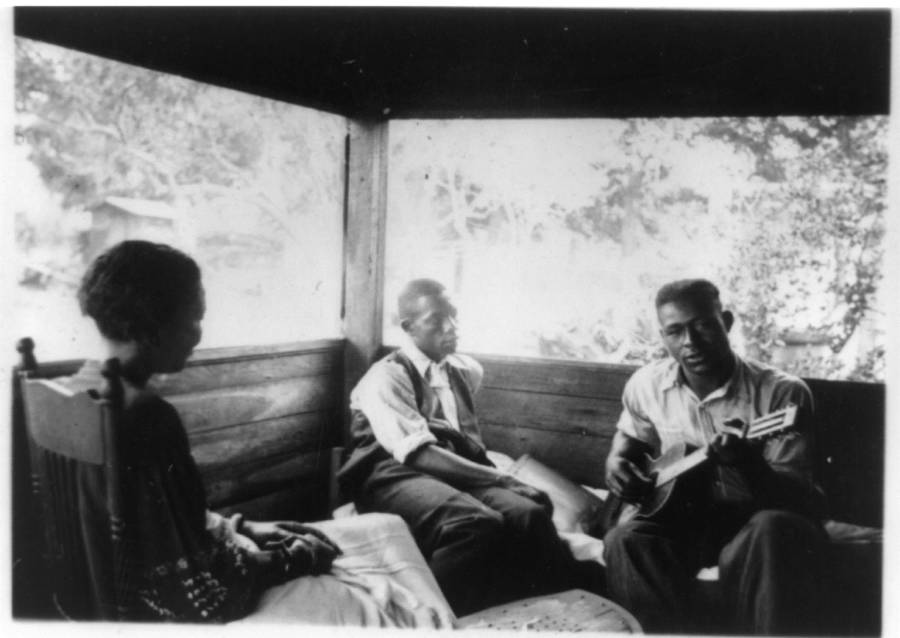 Zora Neale Hurston, the famous author of Their Eyes Were Watching God, sits down to hear Gabriel Brown and Rochelle French play. 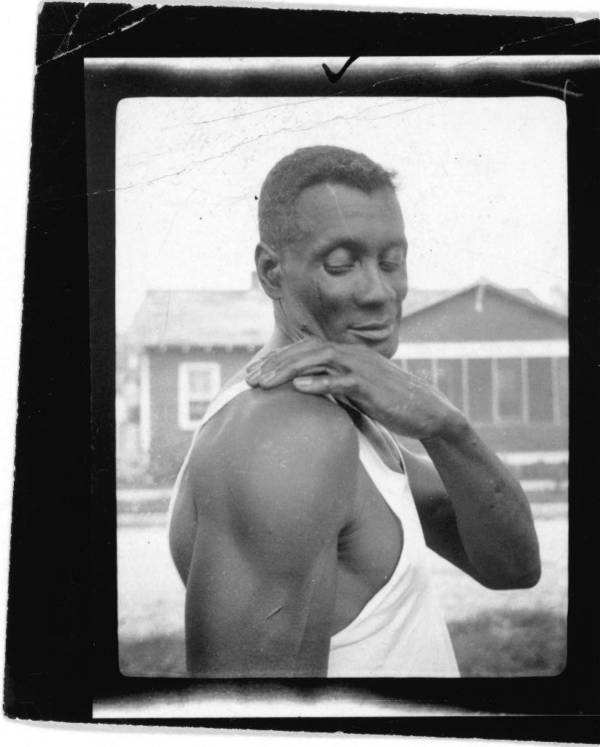 Convict John Bray, also known as "Big Nig," was discovered leading a prison work crew, singing songs about his time in the trenches of France during World War I. 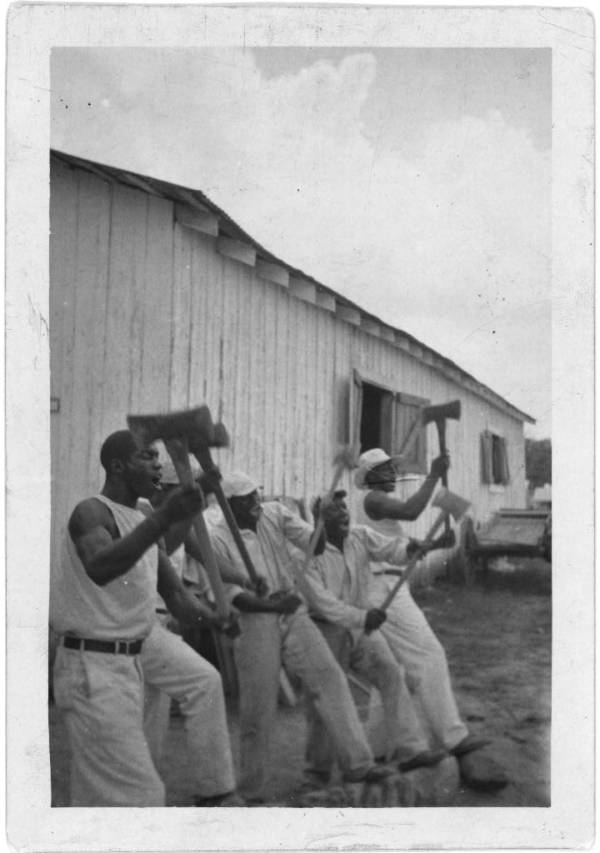 Lightnin' Washington leads a line of convicts in song, the axes in their hands pounding in time as the percussion for their song. 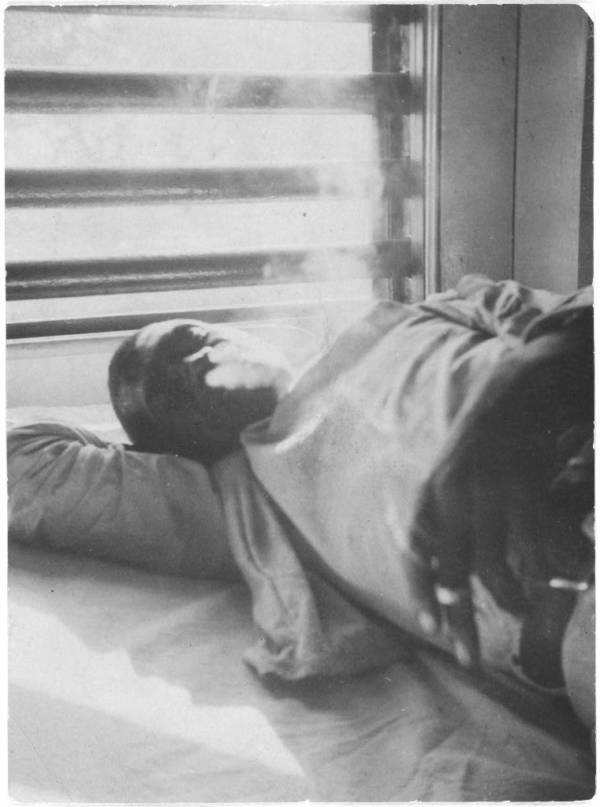 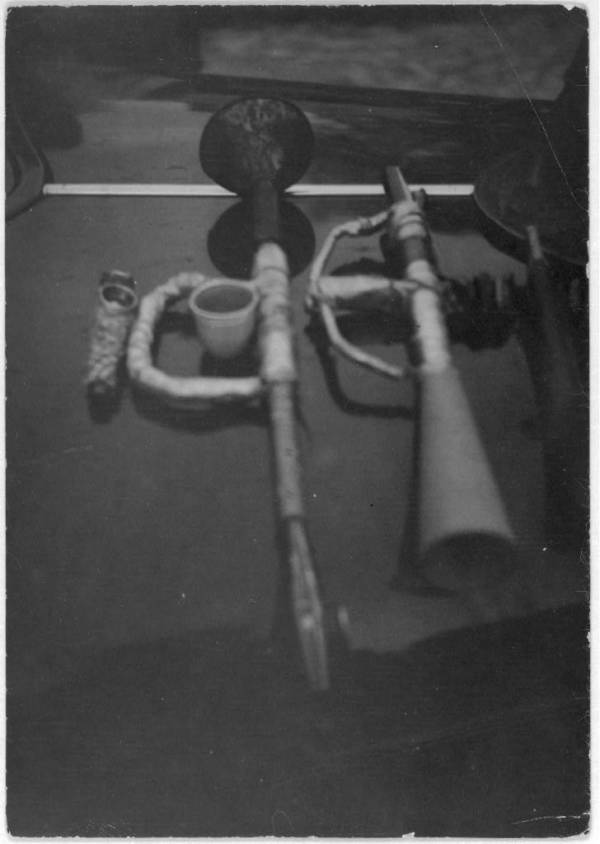 Unspecific location. Circa 1935-1950.Library of Congress 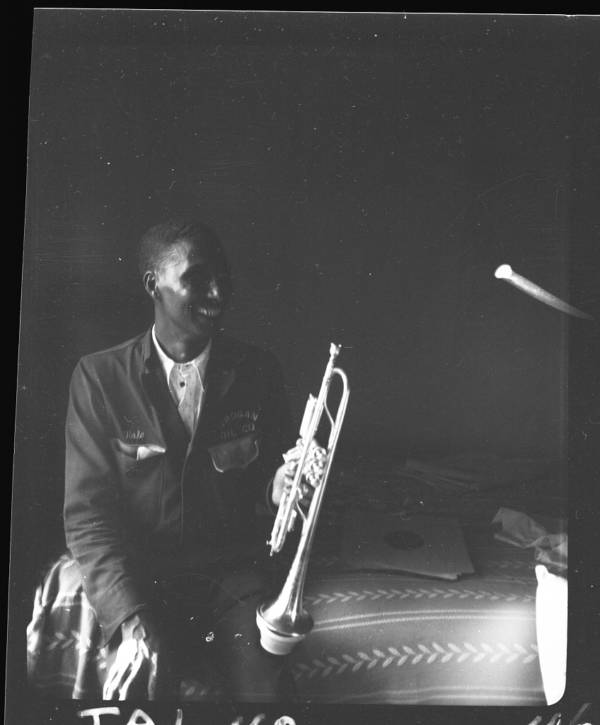 Noel Lebeau holds his trumpet in his hotel room. 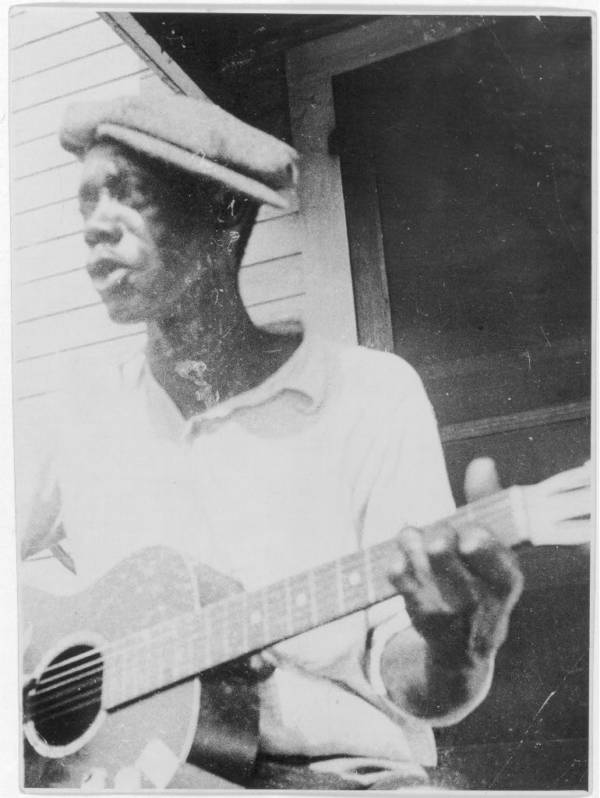 Bill Tatnall plays on the front porch of his home. 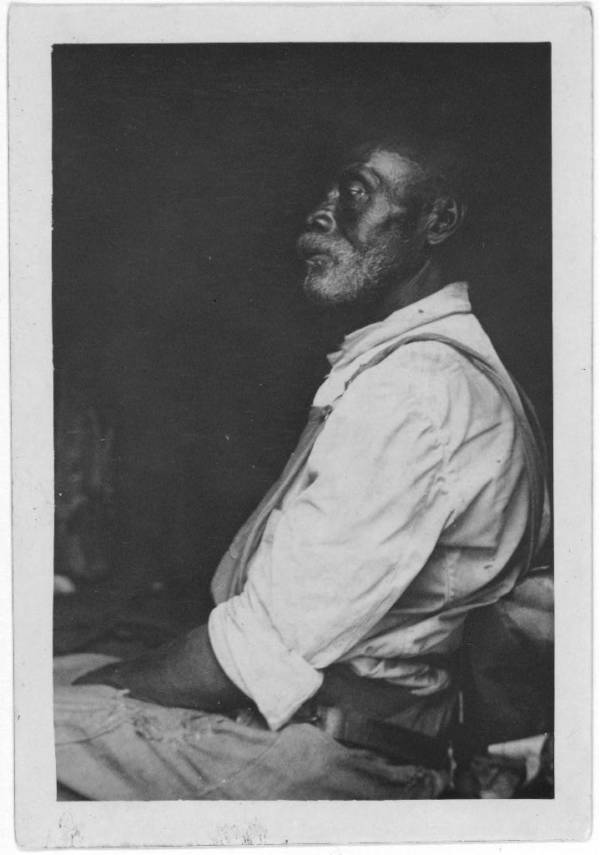 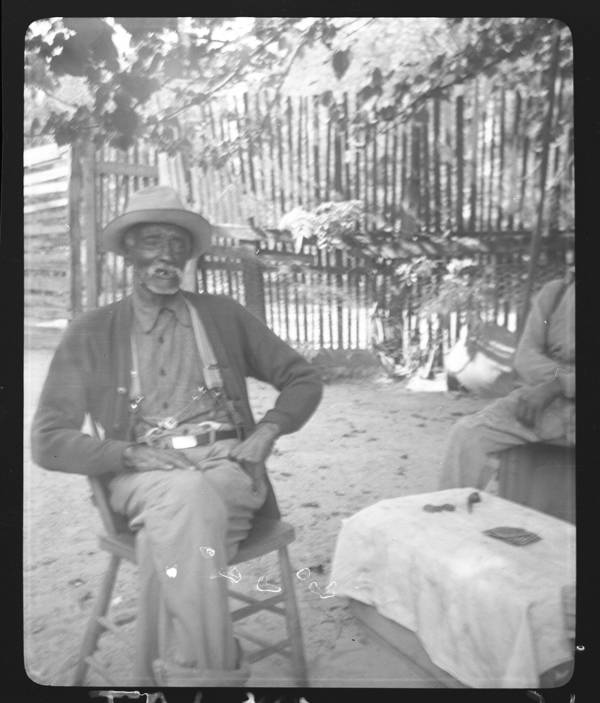 Uncle Billy McCrea, born a slave, sits down to talk with Lomax and share his songs. 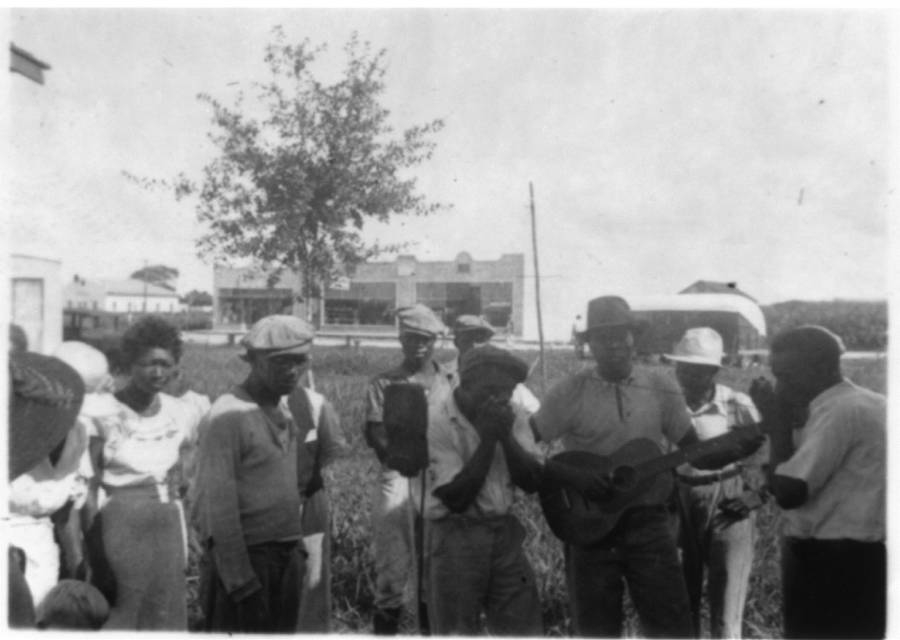 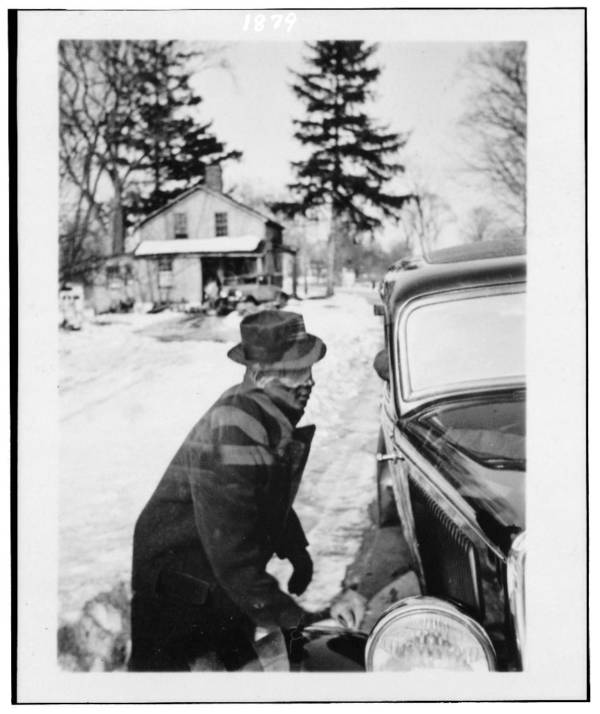 Leadbelly, now out of prison, brushes the snow off of a car.

After his release, Lead Belly worked as John Lomax's driver to pay his way through the outside world. Lead Belly got out of prison while his fame as the "singing convict" was growing. The governor had to issue a public denial that his early release had anything to do with his growing celebrity. 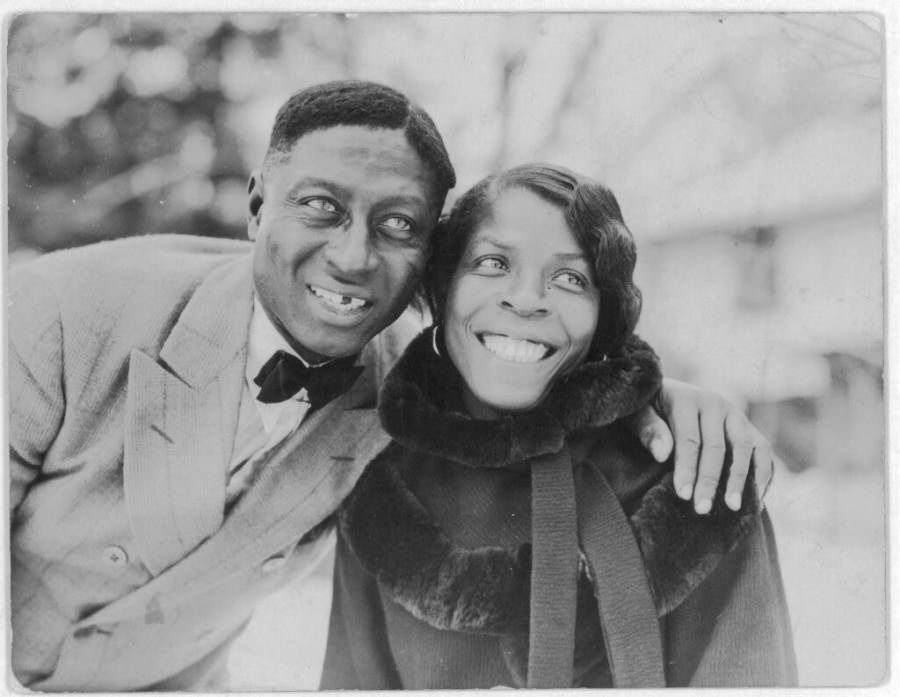 No one person created the blues. It was a sound born from slaves on plantations, shaped in prison chain gangs, and turned into a new style of music on the back porches of poor, African-American homes in the late 1800s.

In the 1930s, folklorists John, Alan, and Ruby Lomax traveled the South in the search of the birthplace of blues. Sure enough, they found it in the poorest parts of the region: in prisons, in hovels, and in the homes of former slaves.

The people whose music the Lomaxes photographed and recorded during their travels were nameless, poor folk without a penny to call to their own – but some of the recordings they made would change history.

In front of the Lomaxes' microphone, Blind Willie McTell would turn himself into a household name. A chain gang would sing “Rock Island Line” before Harry Belafonte and Johny Cash. James “Iron Head” Baker would become the first person to record the classic song “Black Betty.”

Huddie “Lead Belly” Ledbetter would be the Lomaxes' biggest "find." When they came upon Ledbetter, he was imprisoned, facing charges of attempted manslaughter, and possessed of a sad, soulful voice. The Lomaxes were the first to record him, sparking the career of one of the most famous and influential early blues musicians.

The Lomax recordings weren’t the first blues recordings ever made – but they were closer to the music's source than anything documented since. These recordings were captured in the places where the blues was truly born: not on a lighted stage, but in the souls of poor folk across the South.

The people that the Lomax family photographed and recorded were simply singing songs that they’d heard for decades, passed down from their relatives and the like. They were penniless people singing the songs they'd heard their whole lives -- and, without knowing it, singing songs that would change music forever.

For more on the birthplaces of storied American cultural movements, take a look at the Harlem Renaissance and the heyday of the Beatniks in New York.