This year saw some of the weirdest headlines, from a determined daredevil who died while trying to prove the Earth was flat to a horde of 600-pound feral hogs that ravaged the Canadian countryside. These odd news stories prove that 2020 wasn’t just unprecedented, but also totally bizarre. 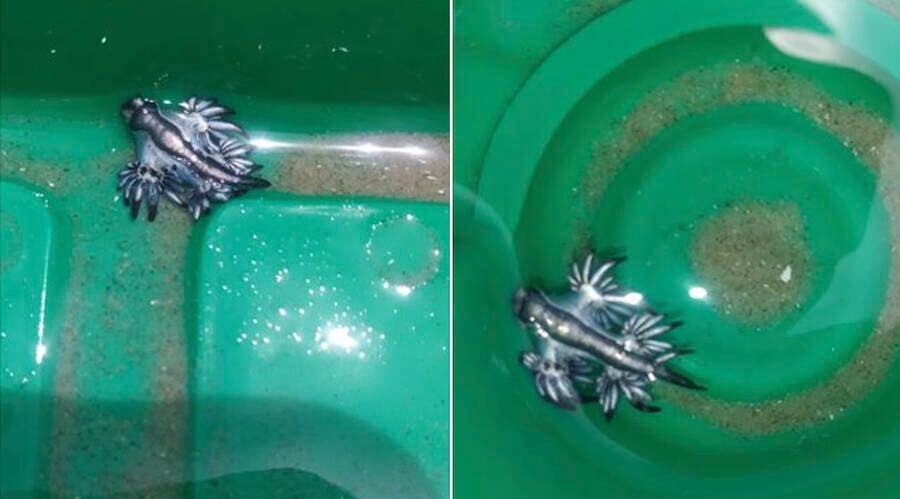 In early May, a piece of odd news emerged from Texas: an alarming number of blue dragon sea slugs had begun to appear along the coast. Known as Glaucus atlanticus and prevalent around Padre Island National Seashore, the strange little creatures have been spotted in the region before. However, the sudden, sharp increase struck officials as bizarre — and extremely dangerous.

Only about three centimeters long, these fantastical animals are so venomous that people who get stung by them experience pain, nausea, vomiting, rashes, and localized swelling. Park officials immediately warned visitors to stay clear, but not before a seven-year-old found four of the dangerous slugs within minutes.

“Hunter loves sea creatures and thought he had found a blue button jellyfish,” the child’s father, Trey Lane said. “After he picked it up in a beach toy he proclaimed to me that he had discovered a new species!”

The unique species is certainly worth equal amounts of admiration and fear due to their dangerous defense mechanism. The sea slugs are even predators to the fearsome Portuguese man o’ war jellyfish, which boasts tentacles up to 165 feet long. The slugs attack both predators and prey with stingers located at the top of their “fingers.”

But perhaps the most fascinating aspect of the blue dragon is how it becomes venomous. Blue dragons don’t produce venom on their own and therefore have to siphon it from somewhere else: their preferred meal, Portuguese man ‘o wars. While feasting on the jellyfish, the sea slugs will store its venom to use for later. 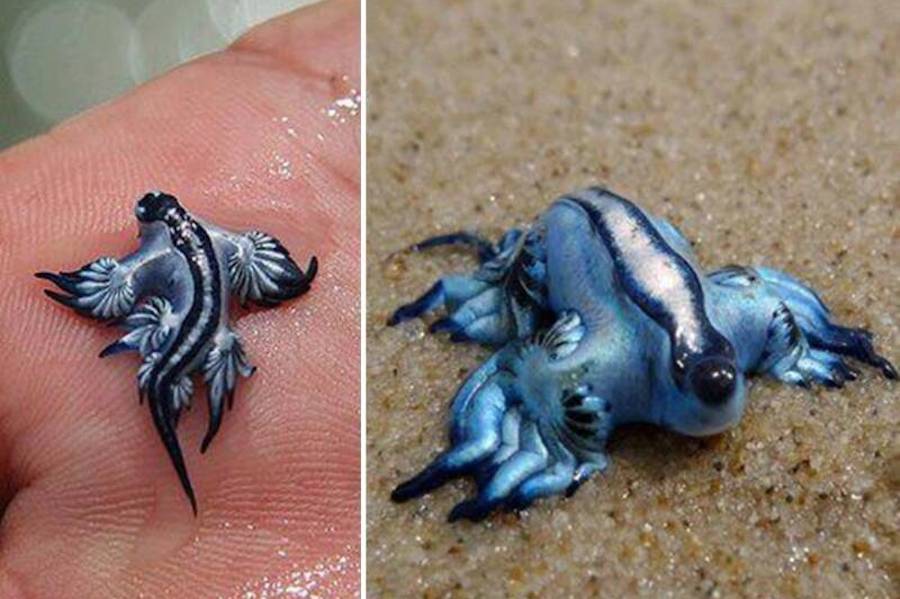 The weird news about the rise in blue dragon sea slug sightings was naturally disturbing to Texas locals. A spokesperson for the park admitted that she had never heard of so many sightings before and couldn’t explain the sudden increase.

Most unnerving, of course, is that spotting one sea slug means that more are nearby. As noted by David Hicks, the director for the School of Marine Sciences at the University of Texas Rio Grande Valley, “they kind of go around in masses of water. If you see one, you see 1,000 of them.”