The Weird News Of Human Tongues Found In A Florida Crawlspace 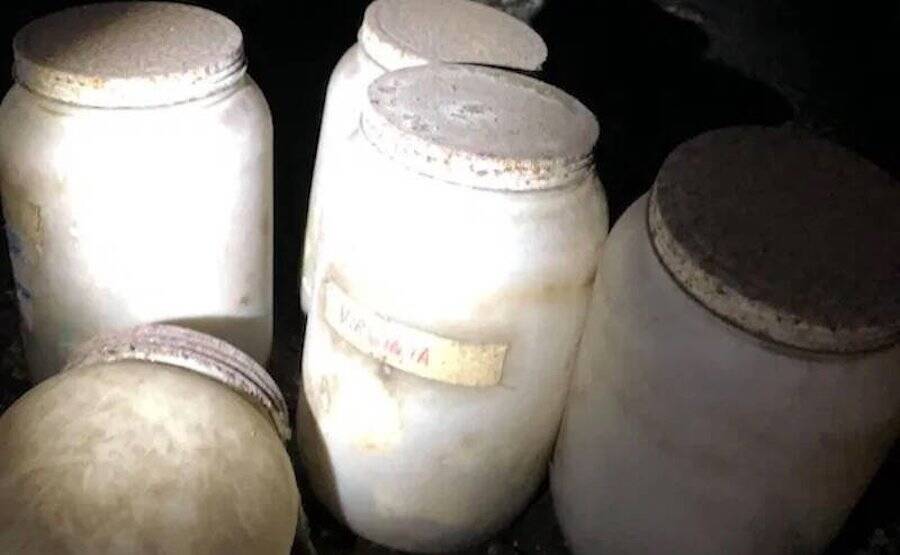 RedditA contractor working under a house discovered human remains in these creepy jars.

This next piece of odd news comes out of Gainesville, Florida, where a routine home inspection rapidly transformed into a criminal investigation. In February, a contractor discovered gallon-sized jars of human remains in the crawlspace of a house he was working on. Police quickly began to work on solving the macabre mystery.

One of the creepiest parts of this strange news story, however, was that some of the jars were labeled with names like “Angela” and “Heather.” The mystery deepened as the jars were opened to reveal preserved human tongues.

And yet, this weird news story had a surprisingly normal conclusion. The woman who owned the house had once been married to a man named Ronald A. Baughman, an oral pathologist.

Baughman studied oral cell carcinoma in the human tongues of identical twins at the University of Florida in the 1970s and 1980s. Baughman used the crawlspace as a cool dark spot to store his research materials. And after the divorce, he had simply forgotten about them.

An ABC Action News segment on the shockingly odd news that turned out to be weirdly normal.

Baughman’s ex-wife didn’t know about the jars full of human tongues, which resulted in quite an awful surprise when she decided to renovate the house.

Despite the corroborated claims and evidence in the form of university records, police made sure to identify each set of remains to guarantee no foul play was involved. In the end, this wild tale was one of the strangest news stories of the year — and yet it had a fairly mundane conclusion.