25 Dangerous Animals That Would Mess Up Any Human

From the terrifying inland taipan to the unsuspecting golden dart frog, these dangerous animals could put you six feet under. 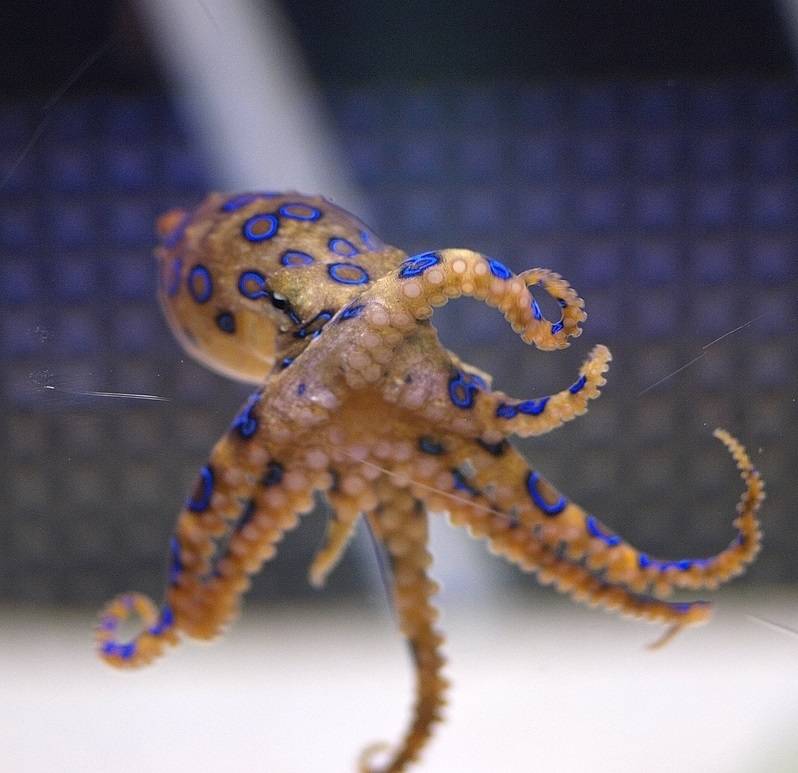 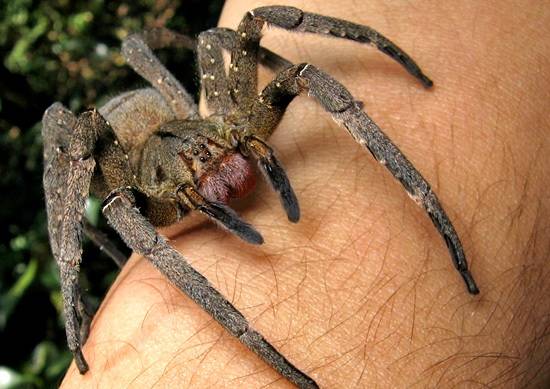 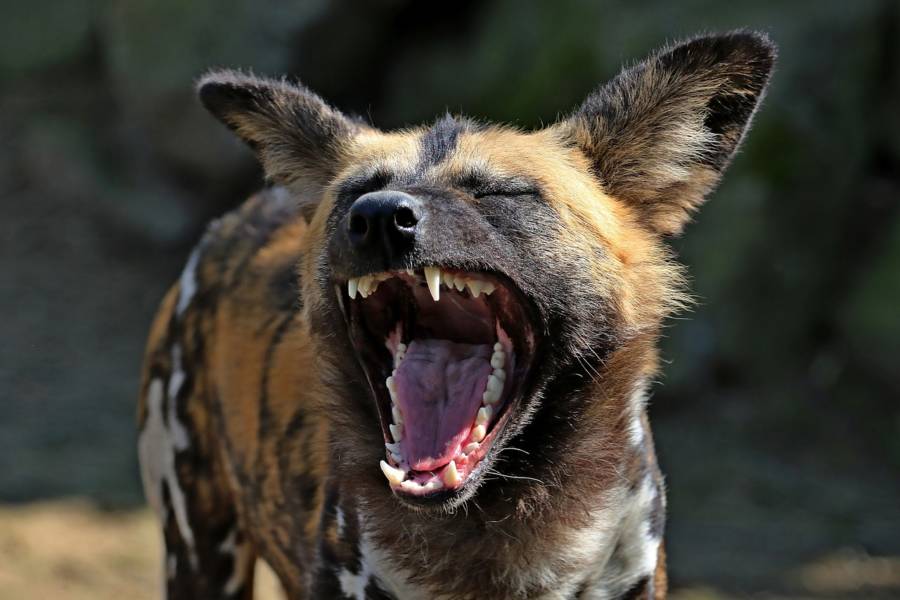 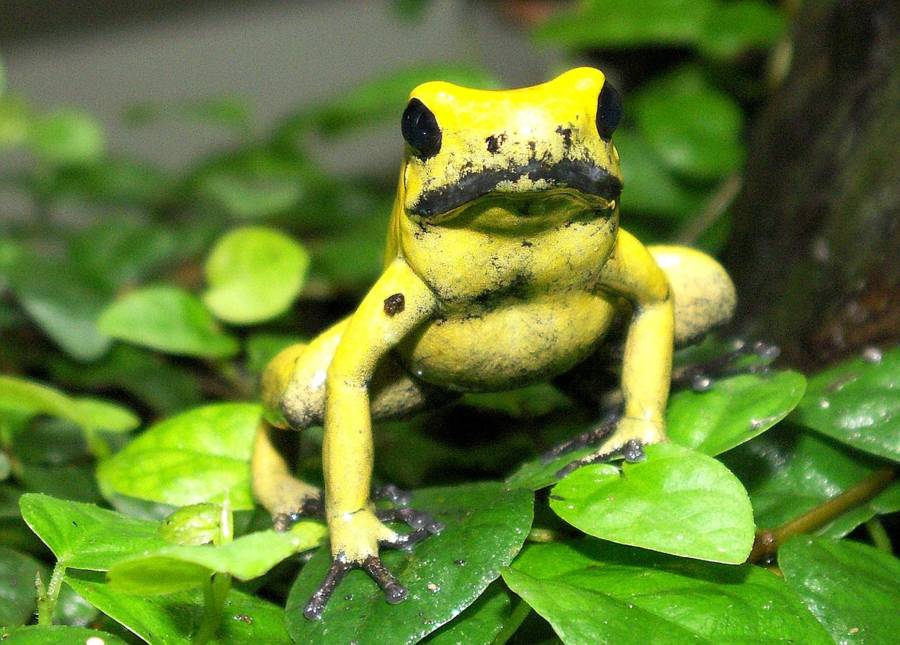 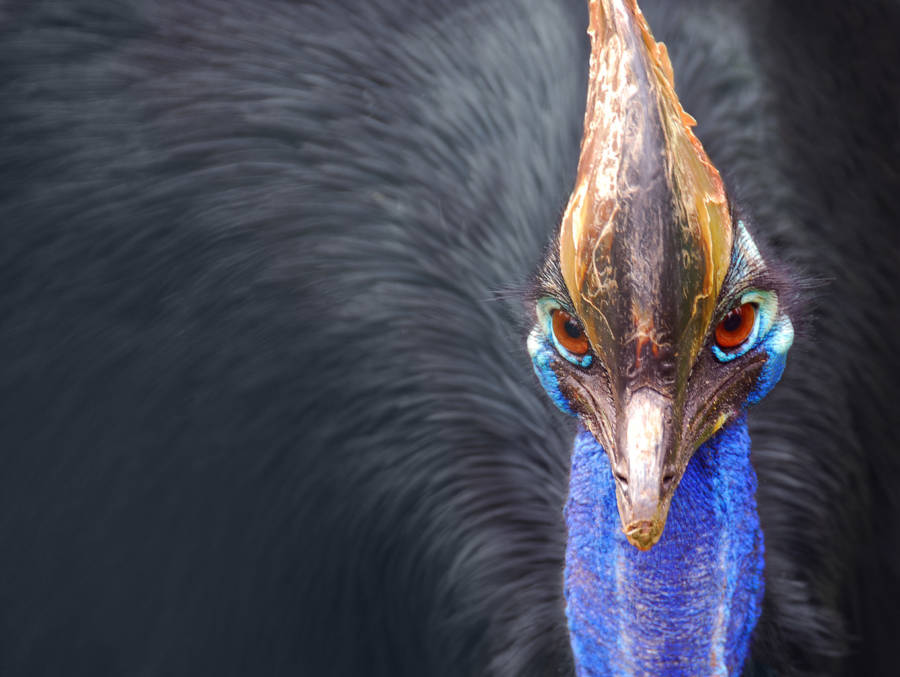 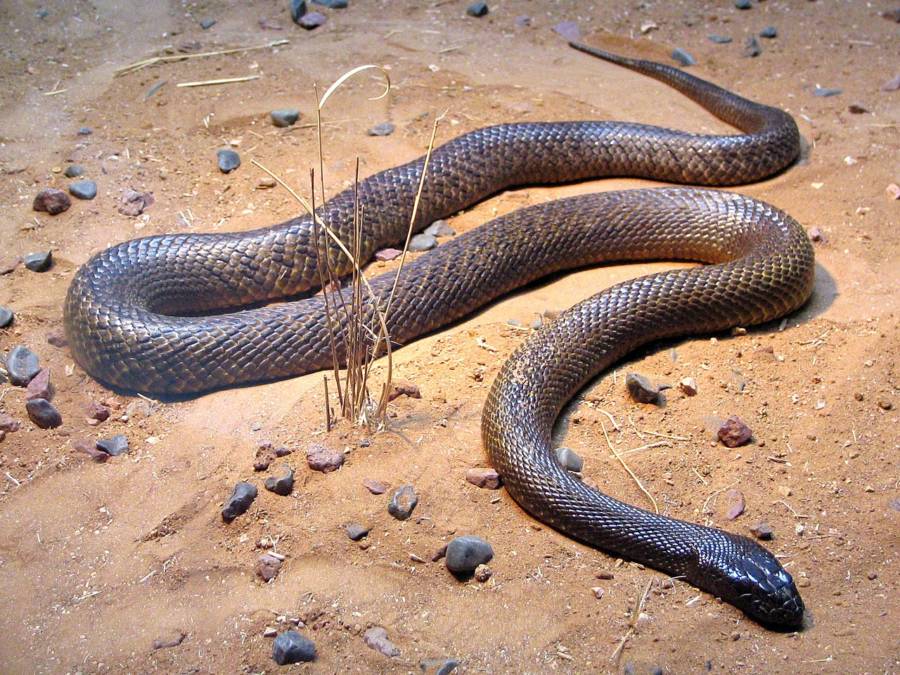 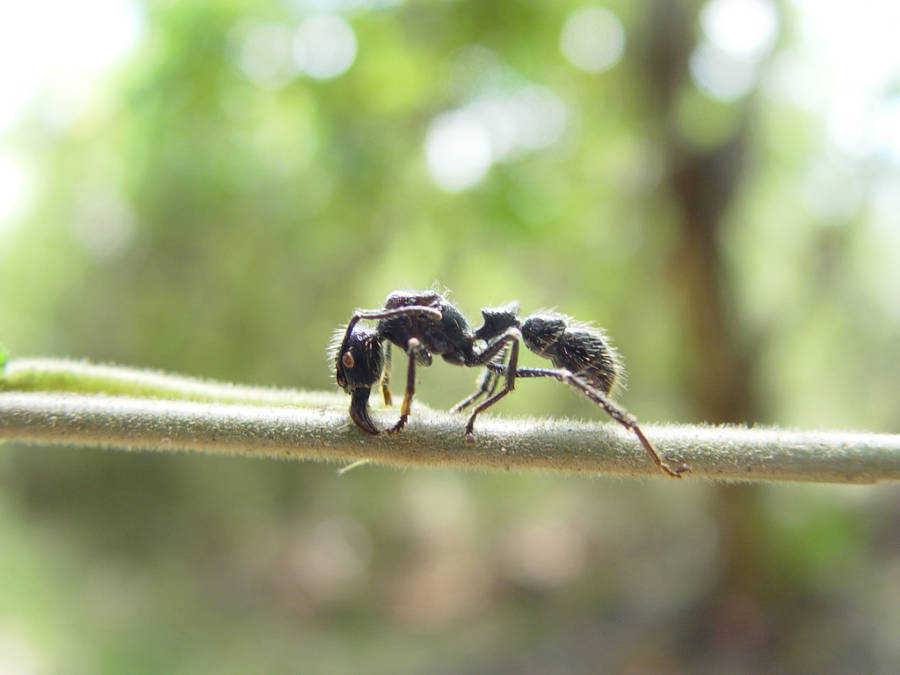 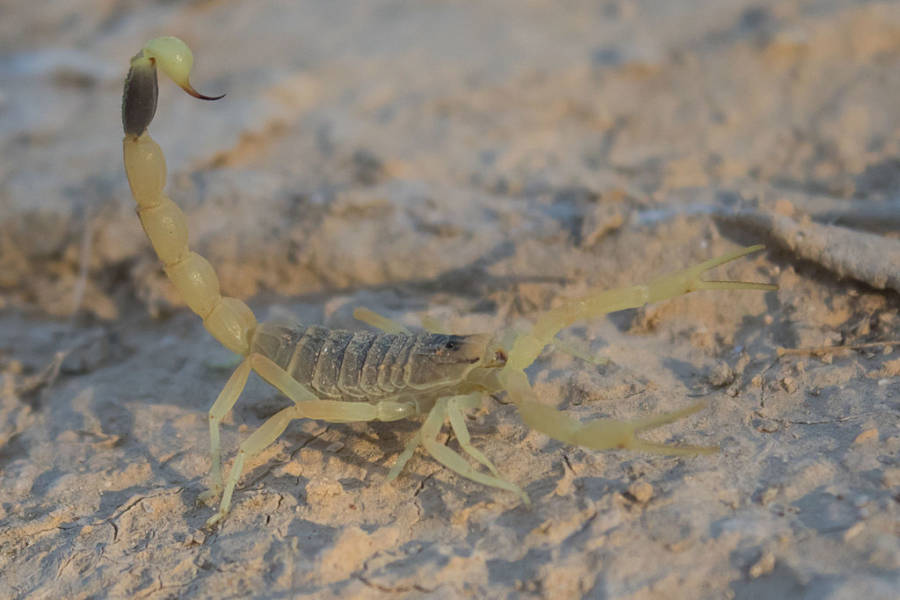 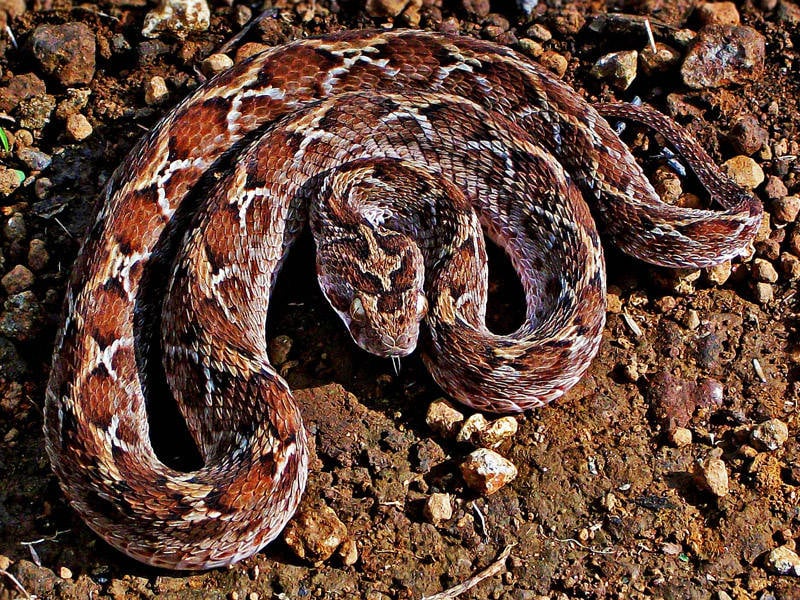 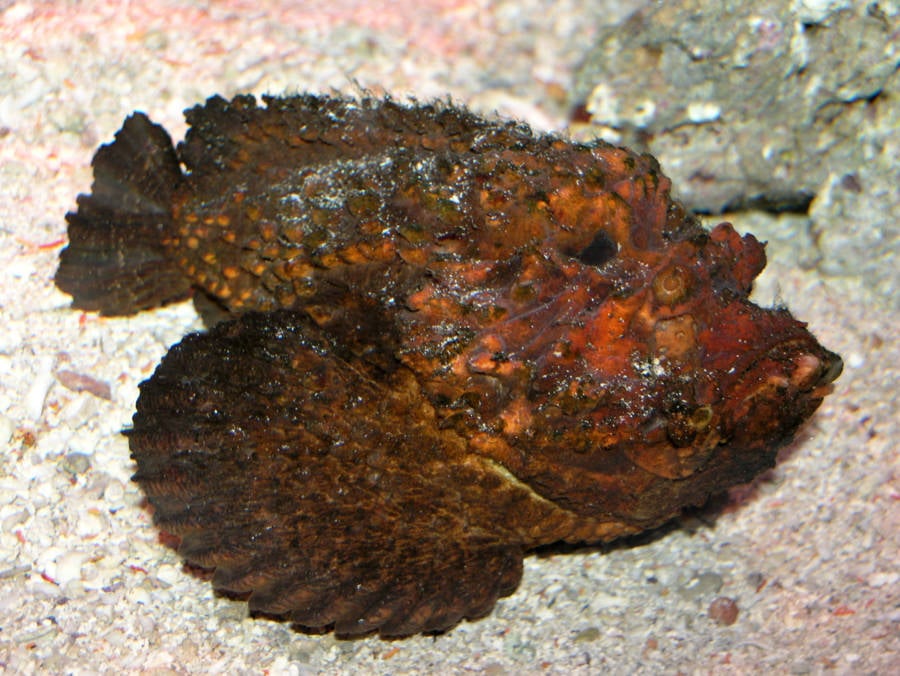 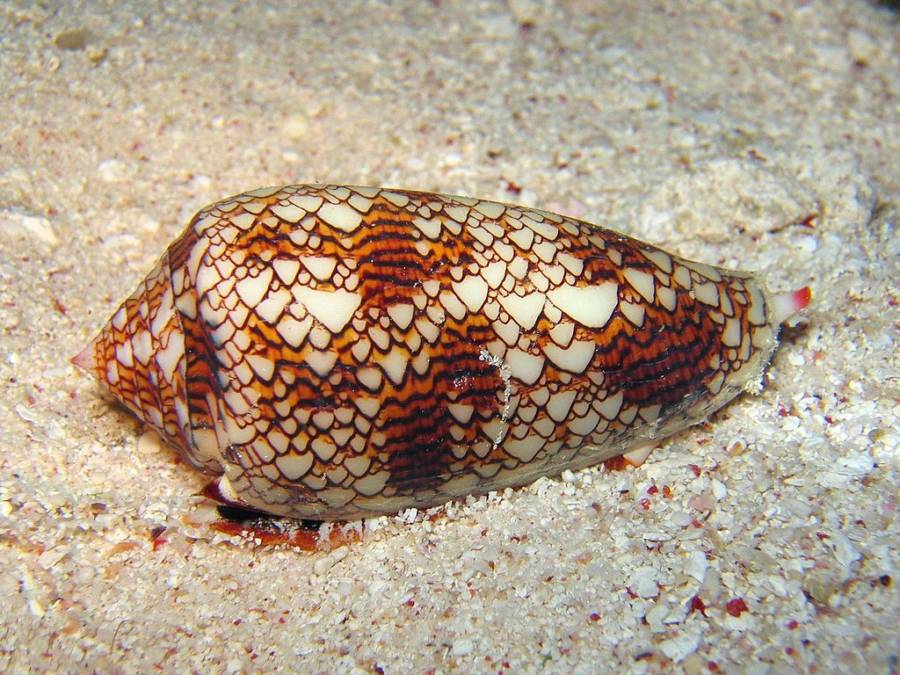 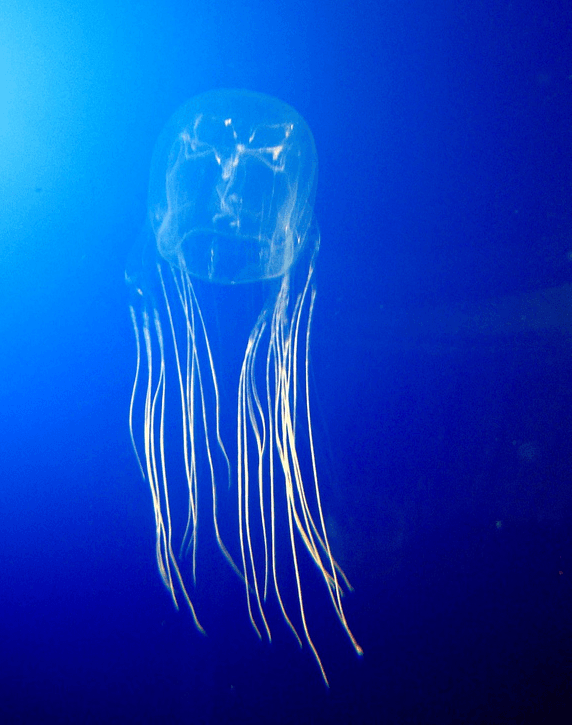 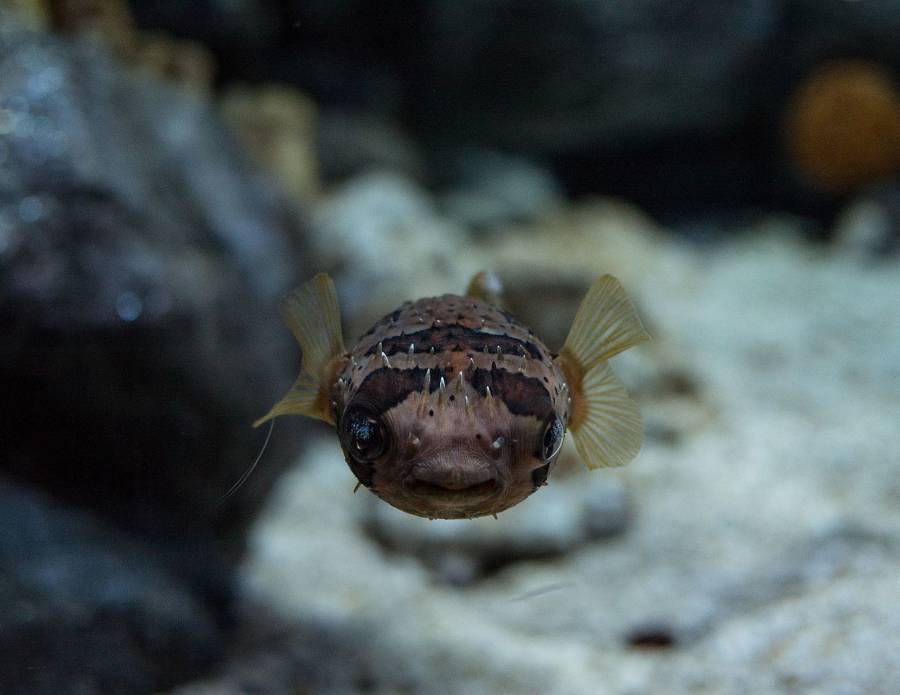 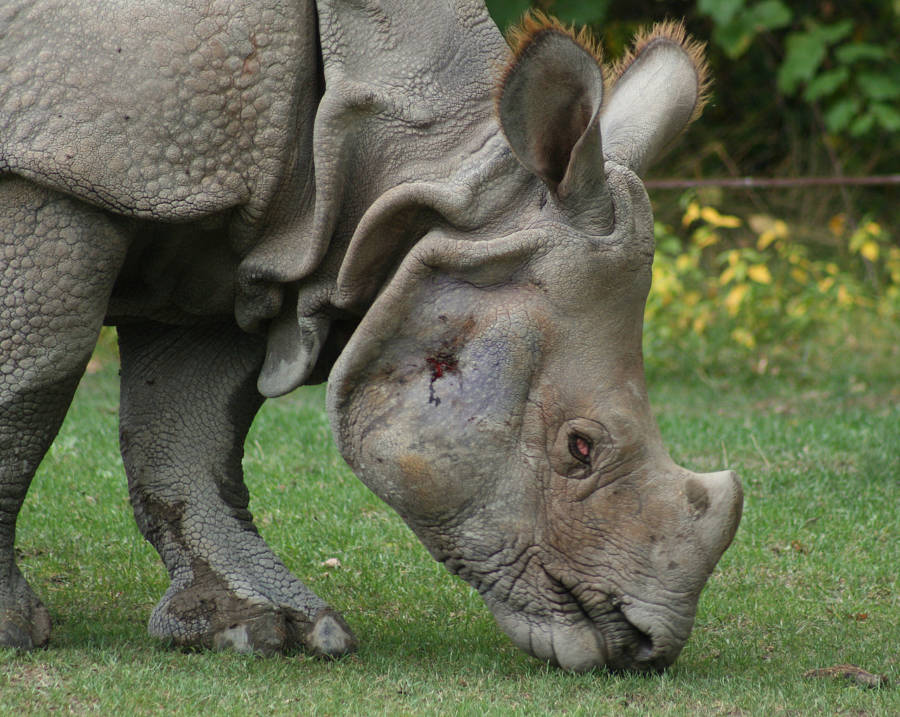 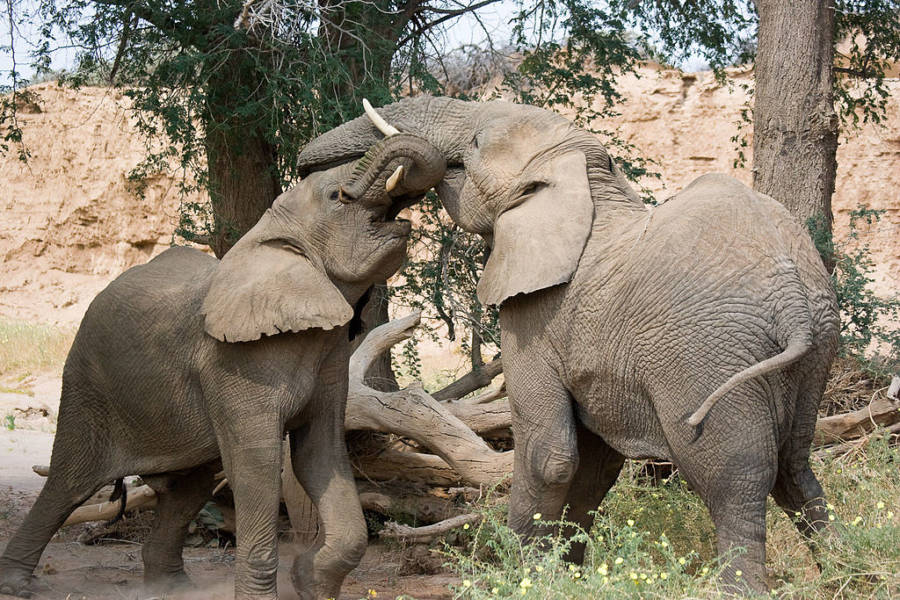 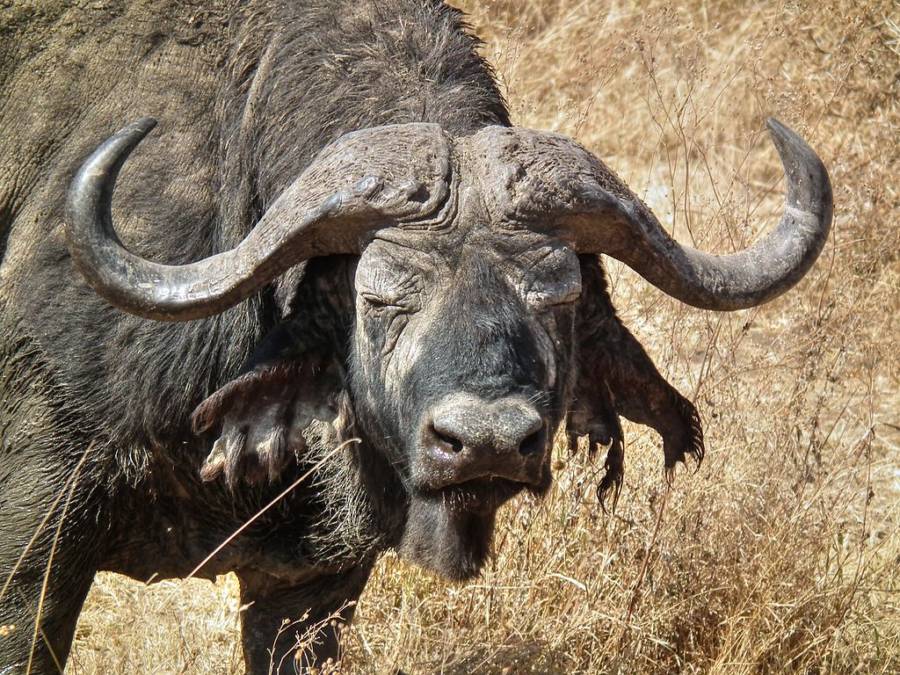 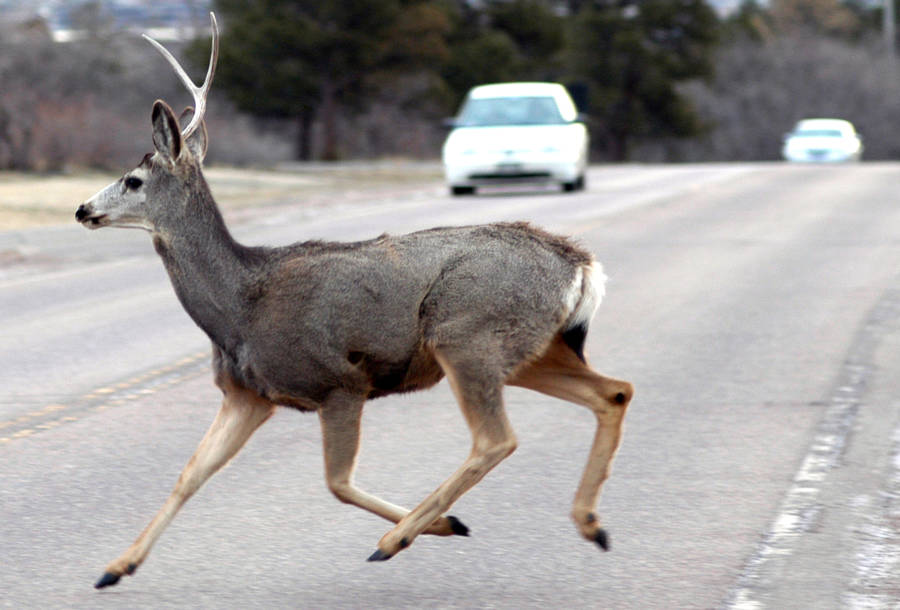 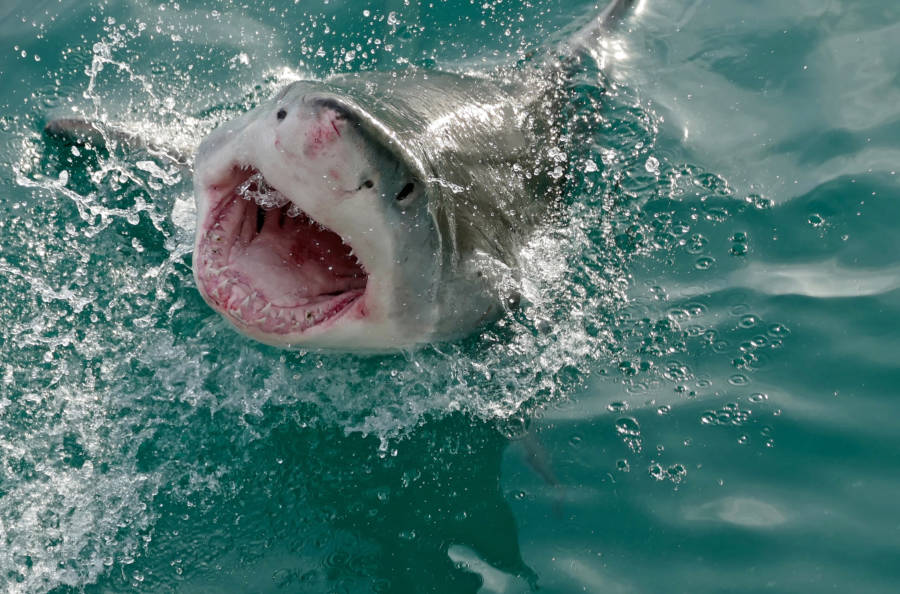 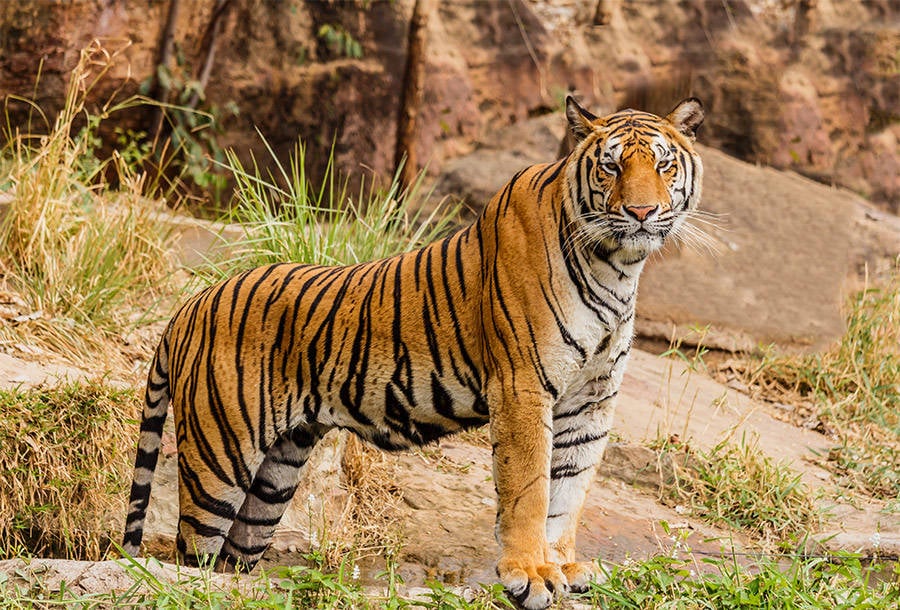 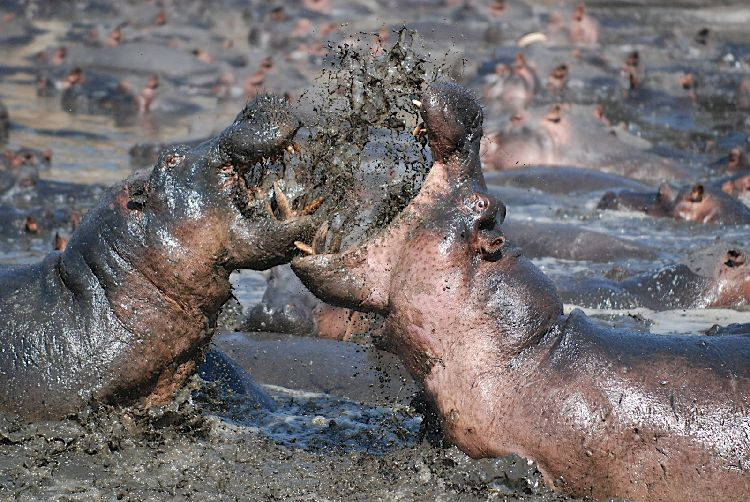 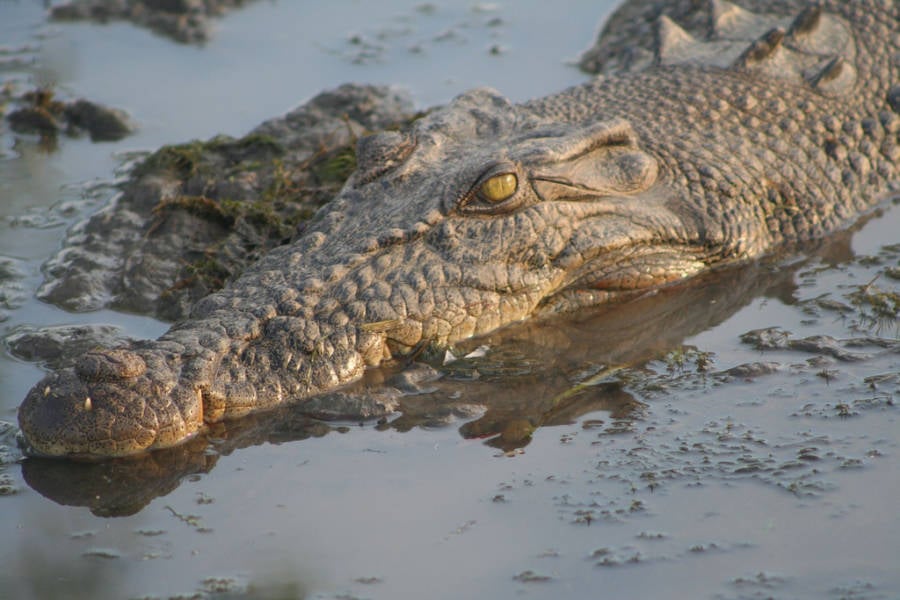 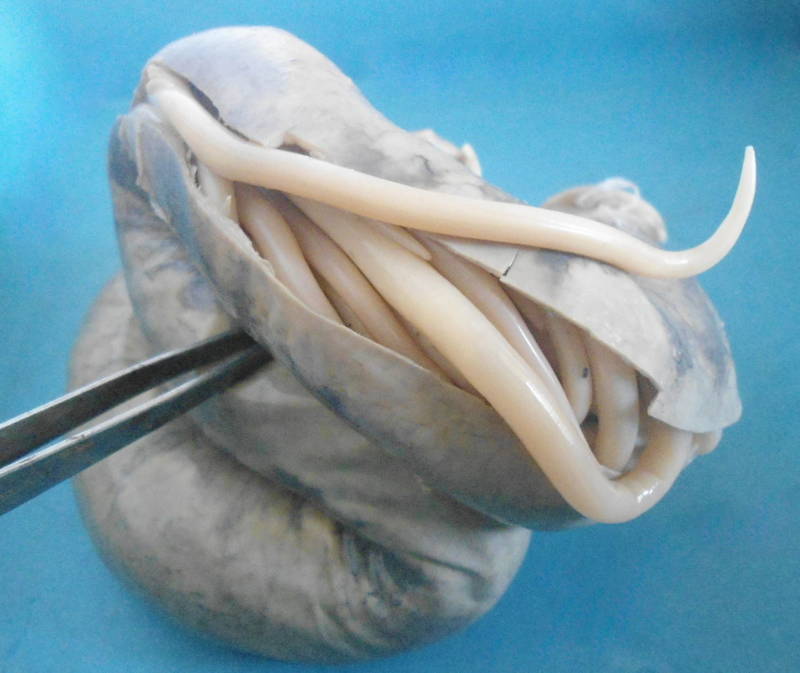 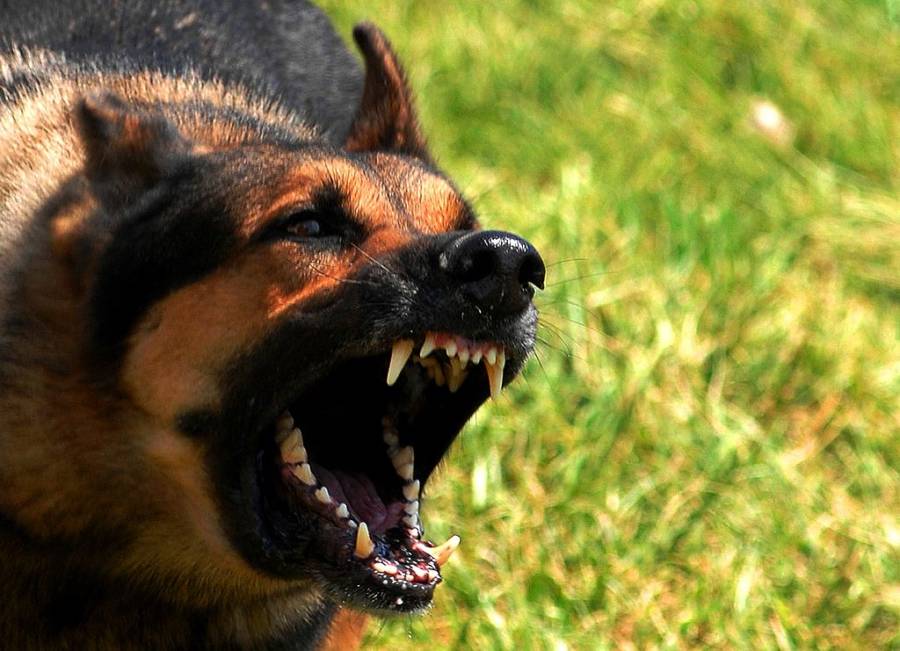 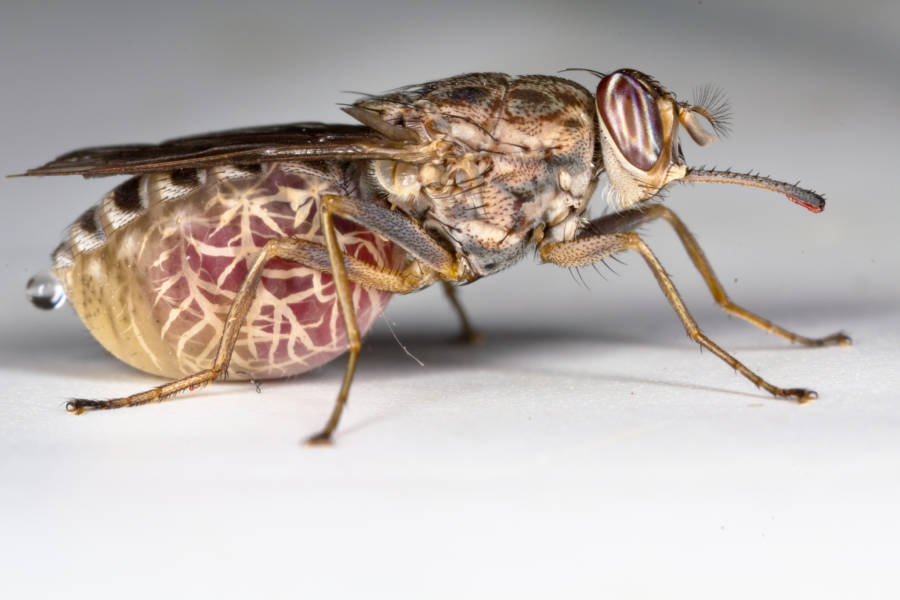 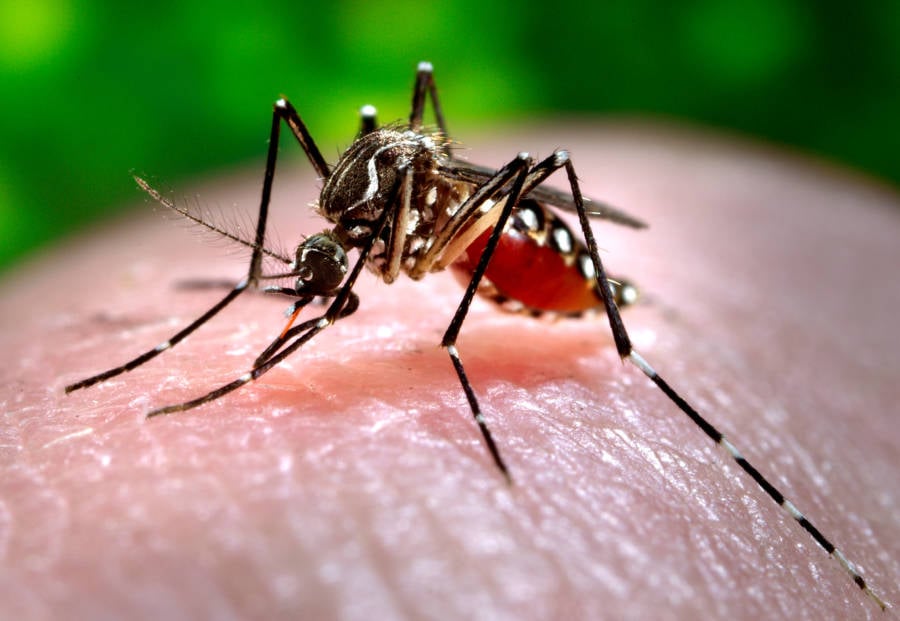 The Blue Ring Octopus is about the size of a golfball, but it packs enough poison to kill 26 people in a few minutes. This tiny killer's bite is so painless that most people don't even realize they've been attacked — until their bodies go numb, their eyes stop working, and the muscles needed to breathe completely shut down.OpenCage
2 of 26

The world's most poisonous spider doesn't just kill you, it makes your death as humiliating as possible. When this spider bites you, you can expect heart problems, hypothermia, convulsions, and if you're a man — a painful erection that just won't go away.Wikimedia Commons
3 of 26

The worst way to die, according to animal expert Gordon Grice, is getting devoured by Hyenas. They don't bother killing their food. They'll just tear off your skin and face and start eating while you're still breathing and feeling every moment of it.Pixabay
4 of 26

The Golden Poison Dart Frog doesn't even have to attack. Its skin is coated in a poison potent enough to kill 10 grown men. All you have to do is touch it to get infected.Wikimedia Commons
5 of 26

The deadliest bird on earth is the Cassowary, a massive bird with talons strong enough to disembowel a human being. They'll do it too as these animals have been known to wander onto beaches and even into people's homes looking for food. If they don't get fed, they'll attack. One time, a cassowary knocked a man down and sliced open his jugular vein in one swift swipe.Wikimedia Commons
6 of 26

The world's most poisonous snake, the Inland Taipan, is fifty times more toxic than the king cobra. When you get bitten by one of these, you only have about 30 minutes to get to the hospital before it's all over. Wikimedia Commons
7 of 26

The most painful insect bite known to man is the sting of the bullet ant. When the bullet ant bites you, according to Dr. Justin Schmidt, it feels like getting shot. The bite then builds into a "tsunami of pain" that rises and falls throughout the body.Flickr
8 of 26

This tiny, four-inch creature is the deadliest scorpion earth. If it stings you with its tail, fluid can build up in your lungs until you completely stop breathing.Wikimedia Commons
9 of 26

The Saw-Scaled Viper might not be as poisonous as the Inland Taipan, but it's killed more people than any other type of snake on earth. These deadly creatures are all over Sri Lanka and Southern India, where they claim the lives of thousands of people every year.Wikimedia Commons
10 of 26

The Stonefish isn't the world's prettiest fish, but it's the most dangerous. These fish have spines filled with venom that can stop a man's heart within 24 hours.Wikimedia Commons
11 of 26

These tiny, beautiful snails might look like beautiful decorations, but if you try to pick one up, harpoon-like teeth will lash out and bite your hand. Some call it the "Cigarette Snail" because if it bites you, you'll only have enough time to smoke a cigarette before you die.Wikimedia Commons
12 of 26

The most painful poison on earth, according to specialist Dr. Bryan Fry, belongs to the Box Jellyfish. When one of these things wrap their tentacles around your body, it feels like you're being "wiped with acid" and the pain doesn't go away for weeks. Wikimedia Commons
13 of 26

To humans, the Pufferfish is never more deadly than after it dies. If a cook doesn't prepare this fish to perfection, they'll be serving a plate of pure poison, which happens often enough that it kills between 20 and 44 people each year.Wikimedia Commons
14 of 26

Not only is the Rhinoceros a massive, three-ton beast, it's also more likely to attack you that almost any other animal on earth. If a rhino thinks its children are in danger, it'll charge, moving at 35 mph with a three-foot horn pointed right at you.Wikimedia Commons
15 of 26

Elephants, according to Dr. Keith Hinshaw, are the most dangerous animals in the zoo. They'll hold grudges against their zookeepers. When they don't like someone, they have have been known to knock them to the ground and stomp on their heads. Wikimedia Commons
16 of 26

One of the deadliest hunts is the Cape Buffalo, an animal that kills about 200 people (mostly hunters) every year. When these massive beasts get attacked, they fight back, sometimes even toppling over moving vehicles to protect their children.Wikimedia Commons
17 of 26

The deadliest animal in North America, believe or not, is the deer — nature's inadvertent kamikaze killer. An estimated 350,000 deer get themselves killed each year by bounding in front of moving vehicles. About 120 of those accidents end in the death of at least one of the person in the car.U.S. Air Force
18 of 26

The deadliest jaws on earth belong to the Great White Shark, a creature that bites down with about fourteen-times the strength of an adult, human man. Since 1907, those massive jaws have clamped down on and killed more than 220 people.Flickr
19 of 26

The single deadliest, man-eating animal in history was the Champawat Tiger. In the late 19th century, this one Bengal tiger dragged off and ate 436 people before finally being taken down by British hunter Jim Corbett.Wikimedia Commons
20 of 26

Up until recently, hippos were the deadliest large animals on earth. They've calmed down a bit, but these massive creatures still kill about 500 people each year, chomping down on them with their 20-inch long teeth.Wikimedia Commons
21 of 26

Crocodiles are the deadliest large animals on earth, killing about 1,000 people each year. To make it worse, saltwater crocodiles also have the second most powerful jaws of any animal, biting down with nearly the exact same amount of force as the Great White Shark.Flickr
22 of 26

These little parasites will hatch their eggs inside of your intestines, burrow through your guts, and travel through your blood until they settle into your lungs. They're tiny enough that most people who have them don't even realize they're inside of their body but dangerous enough that they kill 4,500 people each year.Wikimedia Commons
23 of 26

The most dangerous pet on earth is your lovable, cuddly dog. Rabid dogs infect and kill about 25,000 people each year, most of them in India, where 20,000 people die of rabies annually.Wikimedia Commons
24 of 26

The tsetse fly is responsible for spreading the sleeping sickness across Africa. This disease the kills between 250,000 to 300,000 people each year. When one of these tiny flies infects you, you can expect horrible fevers, intense pain, and wild mood swings that will make you feel like you're losing your mind before you finally slip into a deep sleep and die.Flickr
25 of 26

The common mosquito is responsible for more deaths than any other species, including humans. Each year, 725,000 people die from diseases like Malaria that are transmitted by mosquitoes.Flickr
26 of 26 25 Dangerous Animals That Would Mess Up Any Human
View Gallery

The world’s most dangerous animals aren’t always the ones you’d expect. The world is filled with them, creatures that can end a person’s life with a single motion. Some of them are so tiny that they could climb up your leg without you even noticing.

We live in a delicate balance with the creatures with whom we share our world. Usually, we are the predators and they are the prey. We lock up animals and force them to live whole, confined lives that build toward nothing more than being slaughtered and fed on our plates. We hunt them for sport, cage them as pets, and eat them as food.

But there are billions upon billions of them, and only a few of us. When they’re provoked, some of them are capable having incredible feats of strength and terror.

Sometimes, the animal kingdom strikes back and, as powerful as we are, there are a handful of animals so dangerous that they can take us out in seconds.

Most of these animals will only attack if their lives are put in danger. But even then, some are so dangerous that they can wipe out whole populations. In fact, the world’s most dangerous animals, through a variety of different means, manage to take the human population down by more than a million people every year.

Next, find out about the weirdest animals on earth. Then learn about animals who are also cannibals.