From chimps to sharks to hamsters, these cannibal animals kill and eat their own for a variety of disturbing reasons. 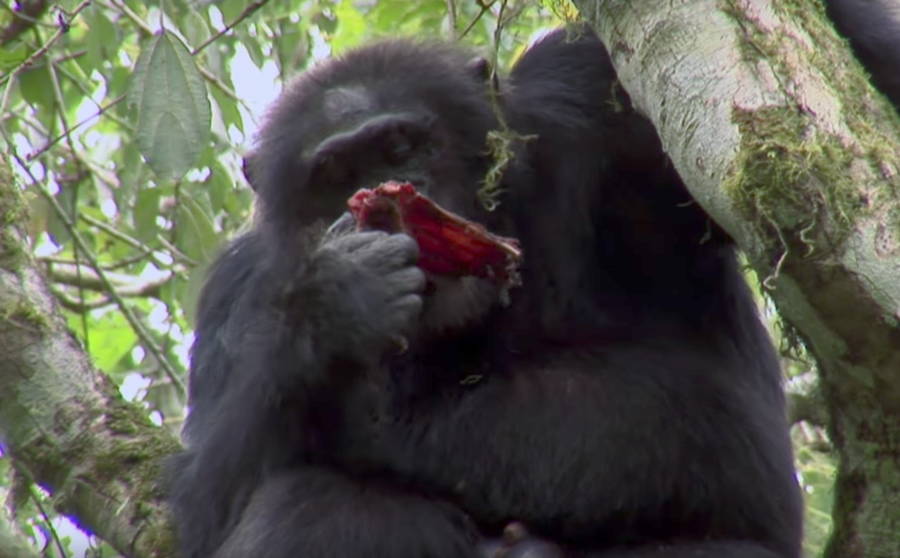 Many scientists, including well-known primatologist Jane Goodall, have witnessed several instances of both male and female chimpanzees killing and eating babies within their own communities. In other instances, chimps of one community that have raided another community's territory will sometimes kill and eat the enemy (pictured).BBC/YouTube 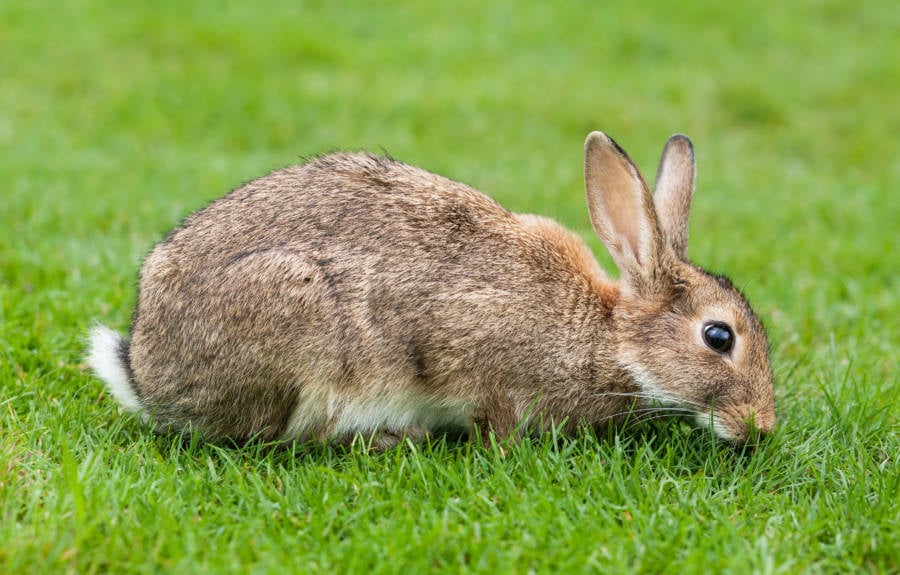 A wild mother rabbit will sometimes eat a stillborn baby if a predator is sensed to be nearby in an effort to keep her and her surviving bunnies safe, though sometimes, mothers have been known to eat their own in times of extreme hunger, thirst, or cold. Wikimedia Commons 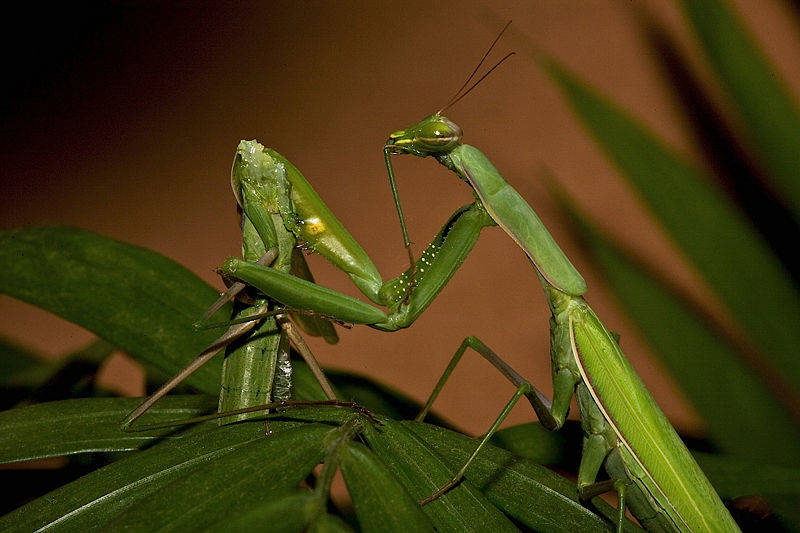 When it comes to cannibal animals, most people think first of the praying mantis because of its mating ritual, in which the female will sometimes tear off the head of her male counterpart and eat it (pictured) in order to nourish herself in order to provide her soon-to-be gestating offspring. Wikimedia Commons 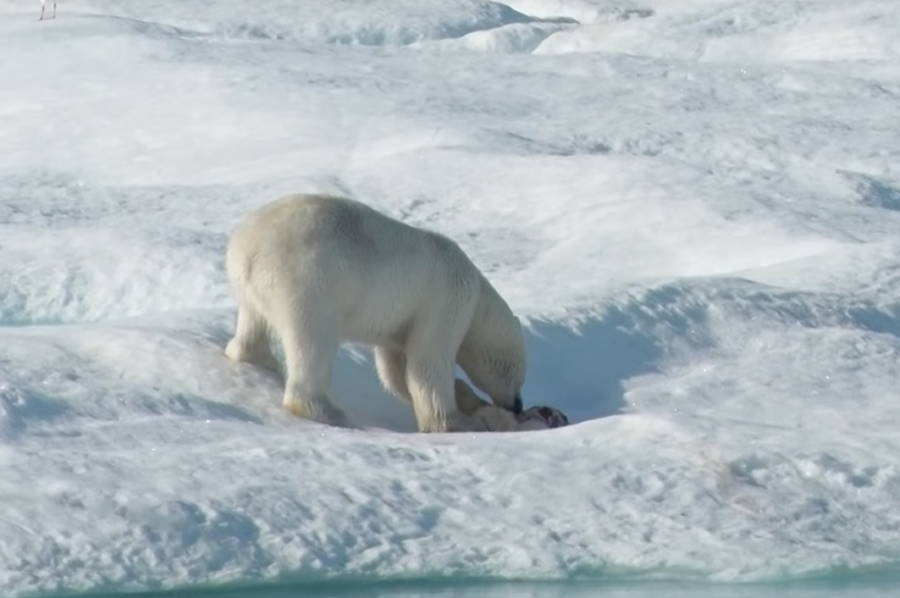 Especially in recent years, polar bears been seen eating smaller, juvenile members of their own species in the wild (pictured). Because this appears to be a recent phenomenon, many believe that climate change has eliminated the ice blocks from which polar bears can hunt seals and thus forced them to eat their own in order to survive.National Geographic/YouTube 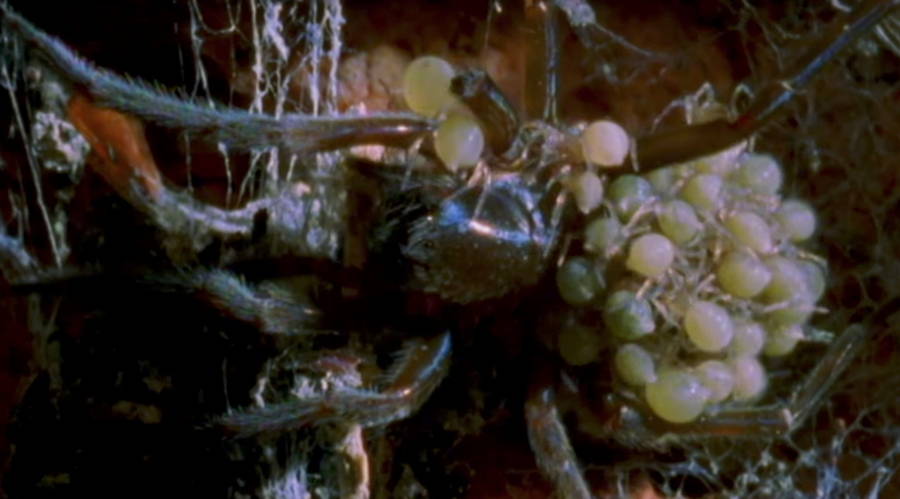 While it's most common among cannibal animals for the parent to eat the offspring, in some species it's the other way around. This group includes the crab spider. These mothers will provide their young with unfertilized eggs, as well as her own body, to eat, in order to ensure the offspring’s survival (pictured).National Geographic/YouTube 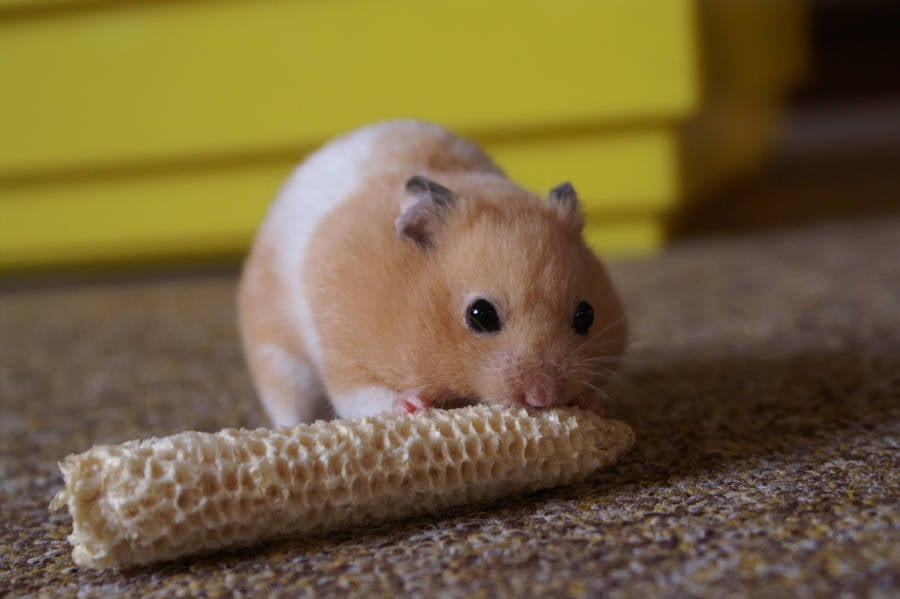 Both male and female hamsters will sometimes eat their young. It’s believed that females will eat their defenseless babies when confronted with a threat, while some have been recorded cannibalizing their sickly or weak young in an effort to provide for the stronger siblings.Wikimedia Commons 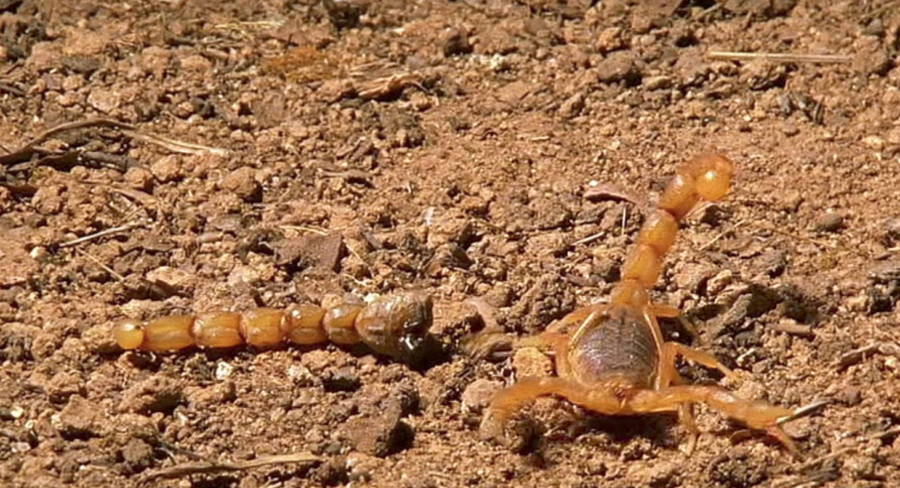 Scorpions will usually have around 100 babies at a time, and when the mother can’t find enough bugs or grubs to eat, she will sometimes eat a few of her own in order to survive.

A scorpion walks away from the remains of another scorpion that it has just killed and eaten. National Geographic/YouTube 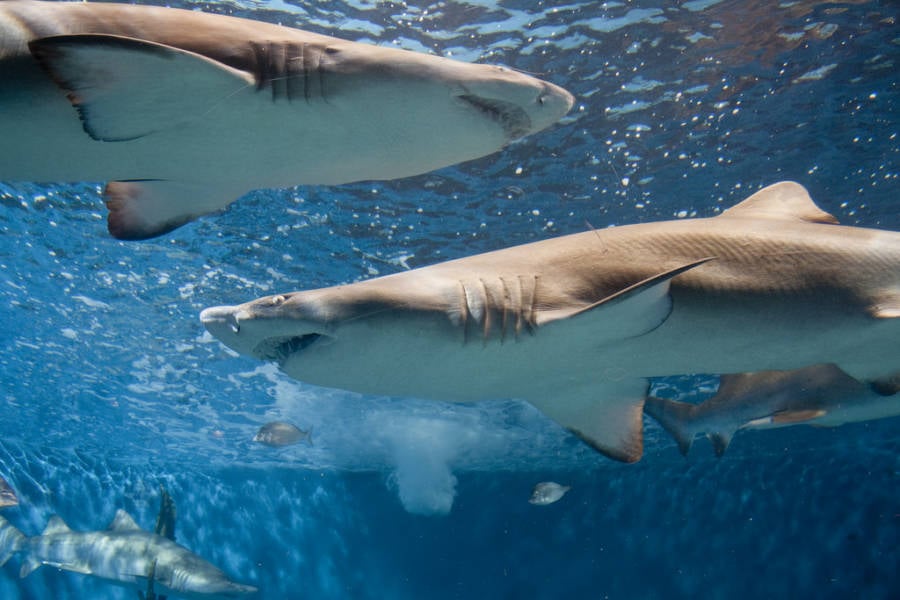 Perhaps the least forgiving of the cannibal animals, sand tiger sharks begin eating their own in utero, with larger and stronger embryos consuming the smaller and weaker ones right there inside the womb.Maritime Aquarium at Norwalk/Flickr 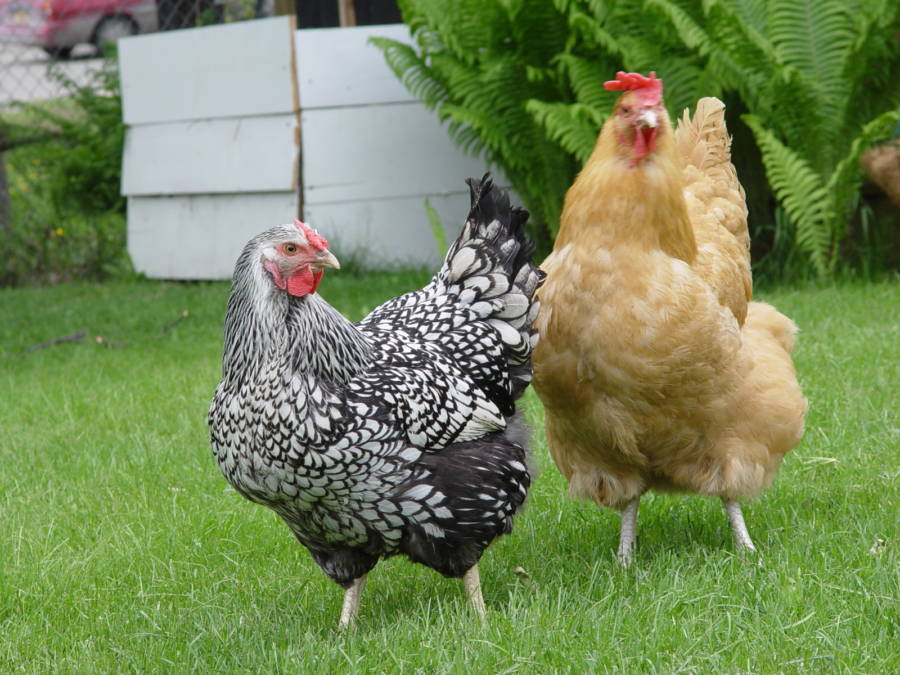 Chickens aren’t known for regularly eating their own, but calcium-deficient hens will sometimes eat their own eggs.Wikimedia Commons 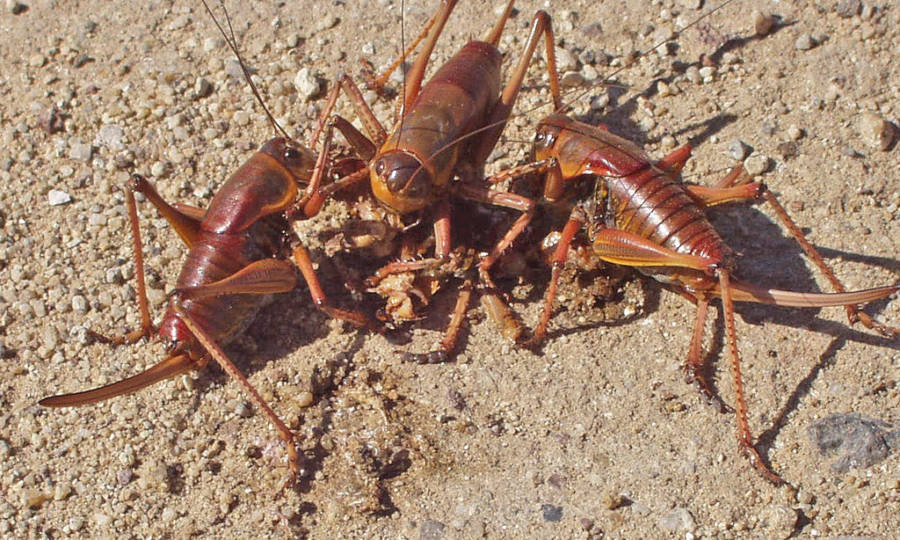 Crickets won’t usually kill one another for food, but some, like the cannibalistic ground crickets of Zimbabwe, are known for scavenging the already-dead bodies of their own kind. 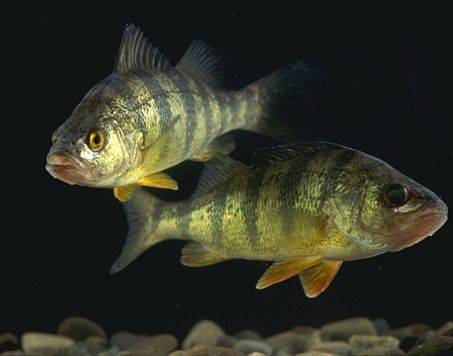 While the perch is known for being an aggressive type of fish, many people don’t realize that they are also cannibals. Both parents and siblings will sometimes eat the young.Wikimedia Commons 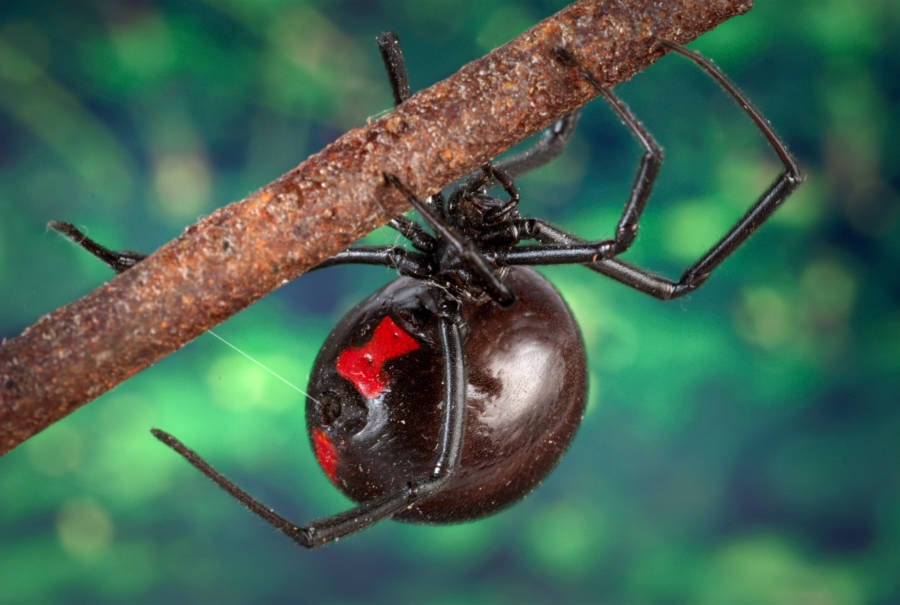 Why do we call this feared spider the widow? It's because of her grisly mating habits, particularly the part where she kills and consumes the father of her babies shortly after mating. Black widow spider babies are also known for eating their own, with only a few of the several hundred offspring surviving at a time.Wikimedia Commons 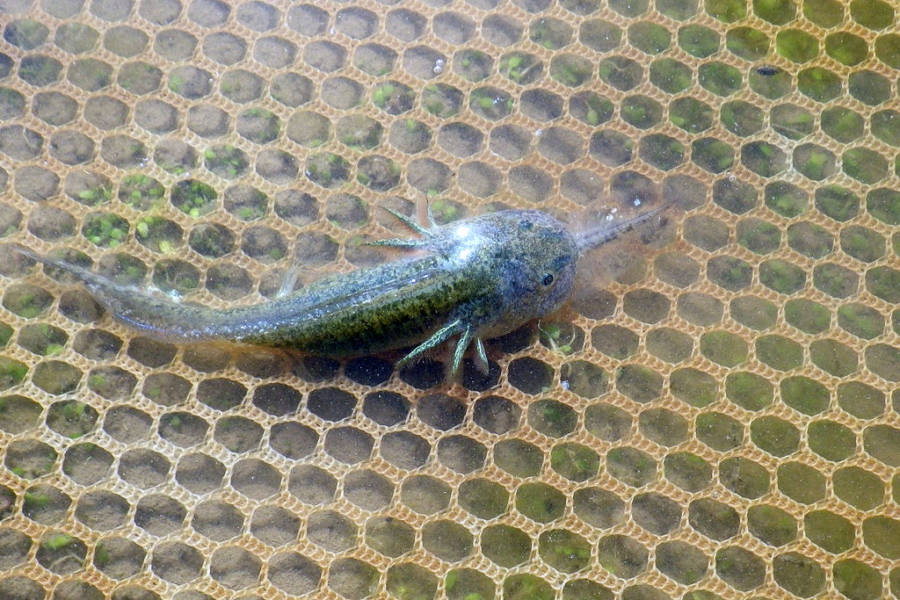 Tiger salamanders begin cannibalizing their own at the young age of just four weeks in an effort to both stay fed and keep the population low enough so that food shortages won't become a problem. 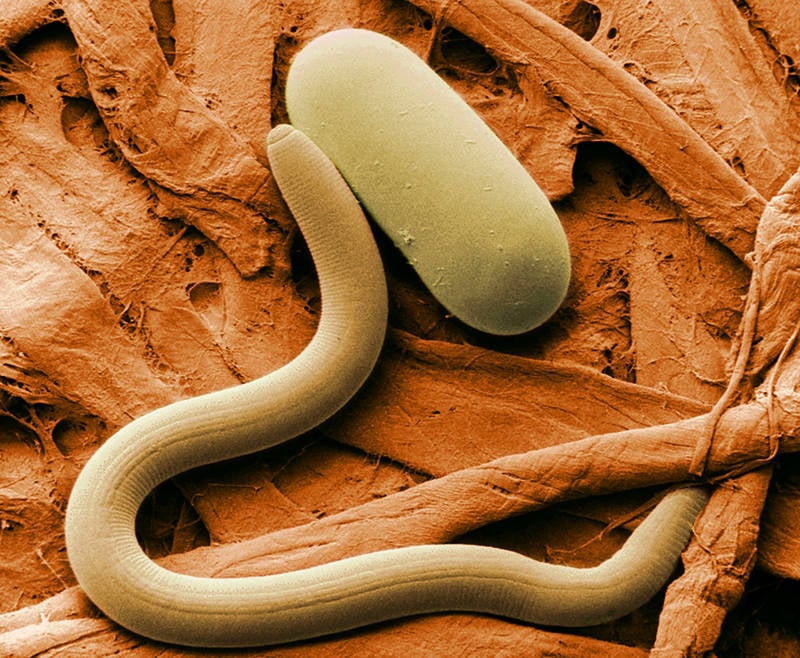 The hermaphroditic nematode, or roundworm, self-fertilizes to create hundreds of eggs at a time. Because they hatch inside the body of the mother worm, the babies eat their way out from within, taking in nutrients from their host. Wikimedia Commons 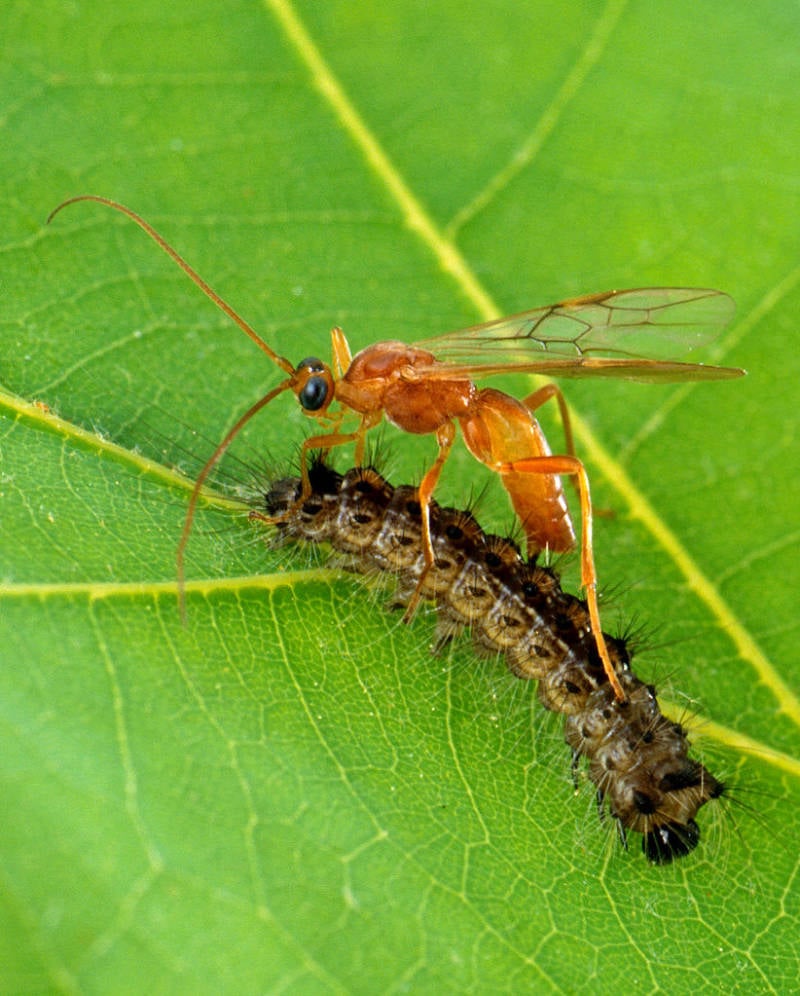 In a double-whammy of disgusting facts, the adult parasitic wasp first stings and inject eggs into the living body of an unsuspecting caterpillar. Then, once the babies are born, some of the females begin eating their brothers in order to cull the brood, given that only a few males are needed to father the next generation. Wikimedia Commons

Cannibalism remains one of the most enduring and universal taboos in all of Western culture. While the idea of eating one’s own kind is often met with disgust among humans, the practice is actually quite common among certain members of the animal kingdom.

The eating habits of these cannibal animals all tend to stem from an inherent survival instinct, and most instances occur either right around the birth of young or shortly after copulation. The mating habits of the praying mantis, and several species of spiders, for example, will sometimes involve the female of the pair bite off and consume the head of her mate shortly after becoming inseminated in an effort to nourish herself and prepare her body for gestating offspring.

Other cannibal animals will eat their own babies, for a variety of reasons. Some will turn to their own as a food source when rations elsewhere are scarce, as is the case with scorpions, who can have around 100 offspring to provide for. By sacrificing a few, the mother gives the majority of the group a better chance at survival.

Some animal mothers, mainly nesting animals such as rabbits and hamsters, will eat sickly, weak, or dead babies left in the nesting area in an effort to deter predators, who would be lured in by the smell, from entering their domain.

In a few instances, however, it’s the young who turn on their mothers. Known as matriphagy, this occurrence is usually the result of extreme acts of self-sacrifice, in which the mother offers her own body for the sake of the survival of the next generation.

Some mothers will offer their bodies as a shelter for their young ones, who are forced to eat their way out from the inside. Meanwhile, certain animals, like the crab spider, even leave unfertilized eggs for their young to eat before they finish off her own body. It’s a slow death but one that can result in higher survival rates for the young in the long run — horrifying yet practical, like so much of the cannibalism in the animal kingdom.

After this look at cannibal animals, read up on the Donner Party, responsible for the most infamous act of mass cannibalism in American history. Then, discover the story of Scottish cannibal Sawney Bean.