The Boy Scouts of America has been a U.S. institution since 1910 — and has been hiding sexual predators in its ranks for nearly as long. 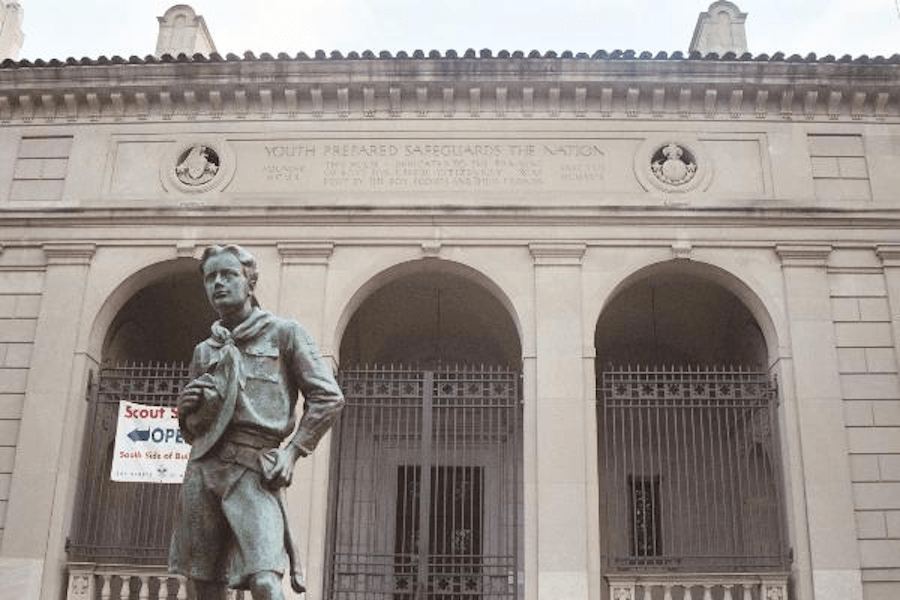 According to a group of lawyers, the Boy Scouts of America (BSA) have allegedly been covering up a “pedophilia epidemic within their organization” that has victimized some 800 boys and identified 350 predators in question, among them scoutmasters and volunteers.

The lawyers are of the organization Abused in Scouting (AIS) which provides legal counsel to scouts who endured harassment and assault. The debacle has been damned “a continuing and serious conspiracy” by the AIS.

The accused were not known to police even though the BSA had kept a running log of “ineligible volunteer files” since 1919, which identified potential predators among scout leaders. These files were ordered by the Oregon Supreme Court for release in 2012.

“You can’t look at these files and not come to the conclusion that this was a massive problem that was hidden,” said attorney Tim Kosnoff. According to Newsweek, he added that the BSA’s “dirty little secret is not a little secret, it’s huge.”

The organization was founded in 1910, had over 1.26 million Cub scouts, 830,000 Boy Scouts, and around 960,000 adult volunteers as of 2016. But the BSA has since faced increasing legal pressure on this matter for years now and said in 2018 that it was genuinely pondering Chapter 11 bankruptcy as a result.

The BSA’s “ineligible volunteer files” were first exposed in a 2003 lawsuit filed by scouts Matt Stewart and his brother.

“Some people never want to come forward,” said Stewart. “Some people have buried this chapter of their life deep inside of them. Some people don’t want to relive the victimization. They don’t want to go up against Big Brother in a court of law like I did.”

An NBC News segment about the pedophilia epidemic in the Boy Scouts of America.

Unfortunately, there’s an inherent factor at play that makes these repugnant matters even worse. Namely, the ratio of abuser to victim is extraordinarily skewed: each pedophile here has allegedly victimized more than just one child.

“We know that when a pedophile abuses a victim, it’s not just one,” said attorney Stewart Eisenberg to NBC News. “So each of the 350 abusers have dozens of other victims who have not come forward.”

A lawsuit was filed in Philadelphia on Monday, by a Pennsylvania man known only as “S.D.” who said he was sexually assaulted “hundreds” of times over a four-year period in the 1970s. He identified a man named Paul Antosh as his attacker.

“I just heard about the lawsuit,” said 62-year-old Antosh. “I’m in the process of hiring counsel.”

Eisenberg asserted in a speech to the National Press Club that Antosh is just the first case in a series of future lawsuits against the BSA. There are simply too many victims — most from Texas, where the organization is based — to dismiss this epidemic as coincidence or conjecture.

Kosnoff added that only four of the 800 victims “identify the same abuser.” “Everybody else is identifying another abuser.”

The suit also identified the Boy Scouts and the Penn Mountains Council as complicit parties and allege that the “BSA knew for decades that sexual predators of boys had infiltrated scouting.”

The BSA claims to be scouring the spreadsheet provided by the AIS lawyers and is reportedly “continuing to manually search paper records at the local level to see if we can identify more information about the additional alleged perpetrators identified in the plaintiff’s attorneys list.”

Meanwhile, the abused await justice as some have been suffering for years or even decades.

“Many of the victims can still recall the smell of the man who crawled into their bag,” said attorney Andrew Van Arsdale. “These are powerful narratives.” 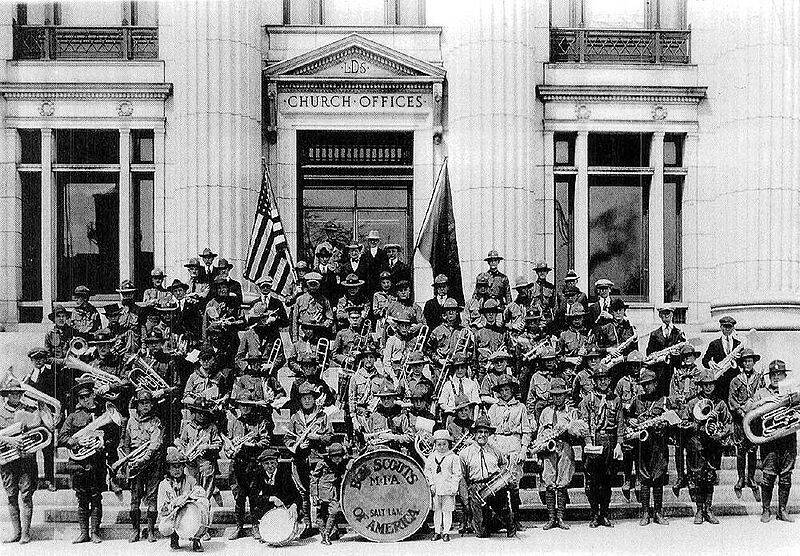 Wikimedia CommonsThe very first chartered organization of the BSA was the Church of Jesus Christ of Latter-Day Saints. It announced in 2018 that it would discontinue its association with the BSA at the end of 2019.

Perhaps most troubling about this case, is that at least half-a-dozen ex-scout leaders were already identified as predators and listed in the BSA’s perversion files before these legal proceedings ever even began.

The BSA didn’t confirm or deny reporters’ inquiries as to whether or not Antosh was still an active scout in its organization. Regarding its in-house database, the BSA admitted that it has curated these “ineligible volunteer files” since the 1920s, which list those identified as potential sexual predators.

What the organization claims, however, is that this list was used as a strategic tool to keep sexual abusers out of scouting — and that it never purposefully withheld this data from the police. Of course, it seemingly never made an active effort to provide them with these names until legally pressured, either. 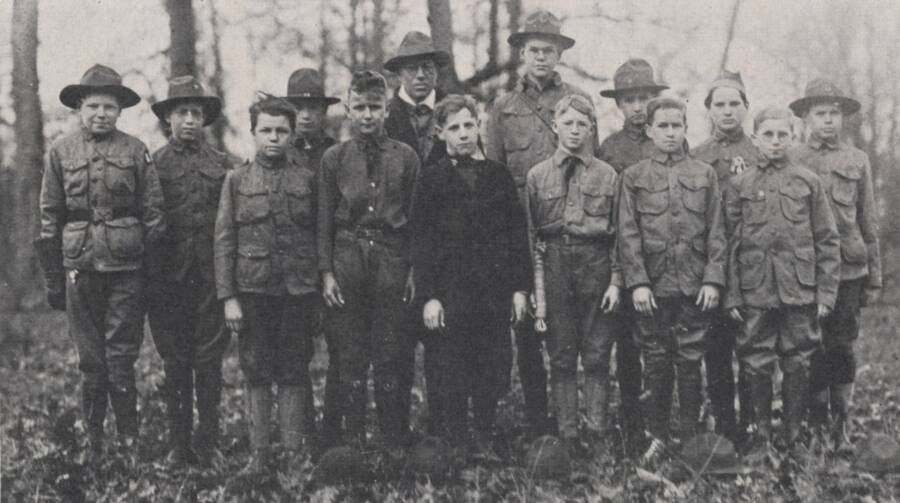 Wikimedia CommonsTroop 10 of the BSA in Columbus, Ohio, eight years after the organization was founded. 1918.

“Looking at the hidden perpetrators we’re uncovering, it sends chills down my spine,” Kosnoff said according to USA Today. “It remains an open question of just how dangerous Scouting is today.”

One of the victims claimed a scoutmaster, who was a licensed doctor, told his troop to sleep naked. He fondled them in their sleep. The same doctor lost his license decades later for similar behavior. Another victim said the former mayor of his small town fondled him from ages seven to 18.

Michael Robinson, another victim, waited four decades to speak publicly about his own experiences of abuse in the Boy Scouts of America. He explained that he didn’t understand that what the adults were doing to him was wrong and that the abuse was so common, it seemed normal.

He saw a boy being orally molested by a scoutmaster one night, and after some chatter with his peers, they all felt “it was like the normal standard.”

“It’s kind of embarrassing,” he said. “You hide it, you don’t want to talk about it. But it needs to be talked about. The public needs to know about it,” he said, adding that the BSA’s response has been “totally unacceptable. I just hope to God they’re not still doing it to kids.” 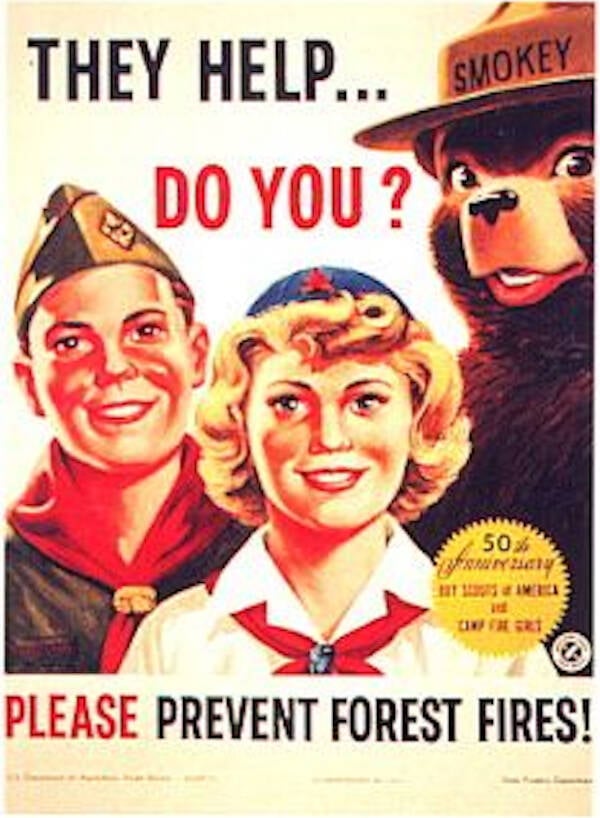 Wikimedia CommonsAn advertisement for the Boy Scouts of America and the Camp Fire Girls, celebrating the BSA’s 50th anniversary in 1960.

Eisenberg explained that these scoutmasters live and operate all over the United States. They work in a wide variety of industries during normal work hours and appear like regular folk to everyone but the children they abuse.

“They’re all over the country,” said Eisenberg.

As it stands, Eisenberg has urged Congress as well as local prosecutors to join in their fight for justice. When Kosnoff was asked whether any of the identified abusers were still working for the organization as scouts, he said:

“We asked the BSA to help us identify these perpetrators. We’ve hit a stone wall with the Boy Scouts.”

Next up, read about John Geoghan, the pedophile priest killed by a molestation victim in jail. Then, learn about Congressional candidate Nathan Larson who admitted to being a pedophile and raping his wife.