"Eventually, we'd like to make armies of microrobots that could perform a complicated task in a coordinated way." 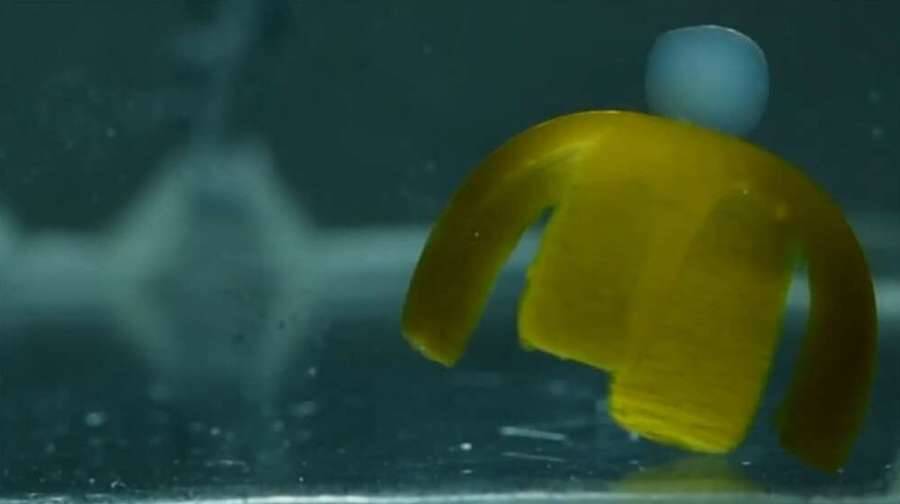 Researchers at Northwestern University have successfully developed a tiny robot intended to go inside the human body to kickstart chemical processes. According to The Engineer, it can use its four legs to pick up chemical cargo and transport it elsewhere — then it “breakdances” to release the chemical and start a reaction.

Published in the Science Robotics journal, the study explained that this minuscule medical robot is the first of its kind. Activated by light and guided by an external magnetic field, it contains no complex electronics and instead consists mostly of a soft, water-filled gel.

This little assistant is nearly 90 percent water by weight. Described as a four-legged octopus, it measures no more than 0.4 inches. According to IFL Science, it can even keep up with human walking speed and deliver any intended particles across wildly uneven terrain.

Fortunately, there’s footage of this remarkable little ‘bot in action.

While deployment of this robot inside a human body is years away, the demonstration above does provide us with a glimpse. Designed to interact safely with soft tissue unlike the hardware-heavy models of yesteryear, the robot can either walk or roll to its destination within a patient’s body and spin to unload its cargo.

“Conventional robots are typically heavy machines with lots of hardware and electronics that are unable to interact safely with soft structures, including humans,” said Samuel I. Stupp, professor of Materials Science and Engineering, Chemistry, Medicine and Biomedical Engineering at Northwestern University.

“We have designed soft materials with molecular intelligence to enable them to behave like robots of any size and perform useful functions in tiny spaces, underwater or underground.”

In terms of navigation, the robot’s movement is controlled by pinning a magnetic field in the direction it’s supposed to go. Though this is currently being demonstrated by tech-savvy researchers, the goal is to have trained doctors familiarize themselves with the process and manage the tool themselves. 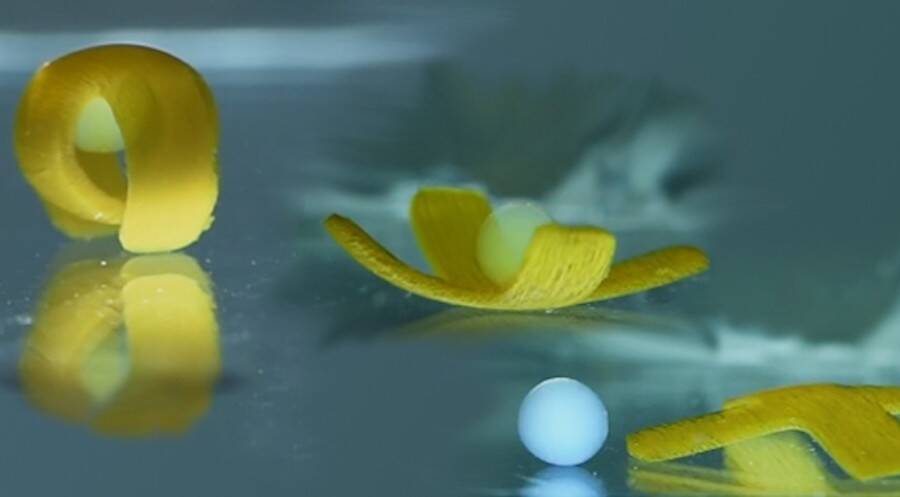 Samuel I. Stupp Laboratory/Northwestern UniversityThe hydrogel comprising the robot’s body was synthesized to respond to light, and can thus be made to unfurl or waddle as intended.

As for the robot’s actual components, it essentially consists of a water-filled structure that has a skeleton made of nickel within. These filaments are ferromagnetic — and react to electromagnetic fields. As such, the four proverbial legs can be controlled by an external source.

The soft hydrogel comprising this water-filled body, meanwhile, was chemically synthesized to respond to light. As such, depending on the amount of light being shone on the machine, it either retains or expels its water content — and thus stiffens or loosens to react more or less to the magnetic fields.

Ultimately, the goal is to customize the robot’s function so specifically that it can speed up chemical reactions in the body by removing or destroying unwanted particles. By now, however, the research team is eager to have this robot deliver actual chemicals to specific tissues, thus administering medicines more directly.

“By combining walking and steering motions together, we can program specific sequences of magnetic fields, which remotely operate the robot and direct it to follow paths on flat or inclined surfaces,” said Monica Olvera de la Cruz, who led the project’s theoretical work. 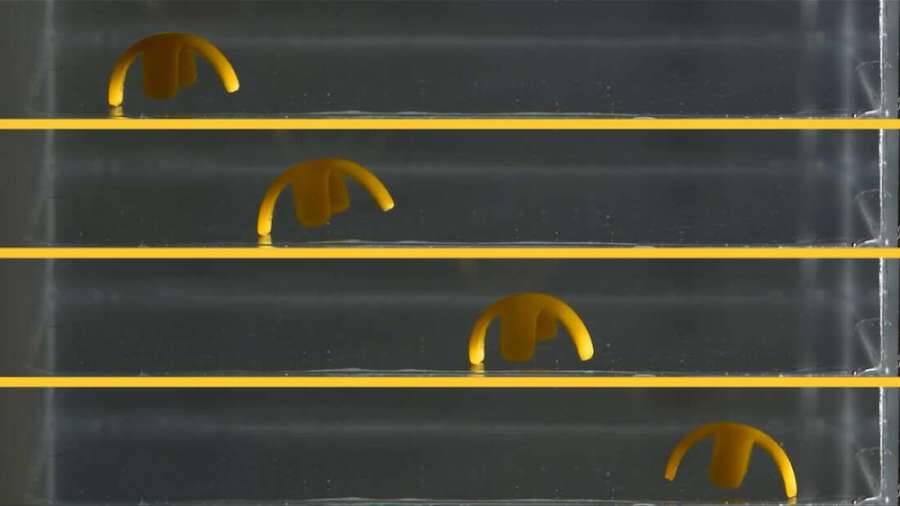 Samuel I. Stupp Laboratory/Northwestern UniversityLead researcher Samuel I. Stupp hopes to one day have armies of these microrobots navigate the bodies of ill patients and internally tend to their needs.

“This programmable feature allows us to direct the robot through narrow passages with complex routes.”

Compared with earlier designs, this model is an extraordinary refinement. In the past, the tiny robot could barely take one step every 12 hours. It now casually takes one step per second, comparable to how human beings walk from one place to another.

“The design of the new material that imitate living creatures allows not only a faster response but also the performance of more sophisticated functions,” said Stupp. “We can change the shape and add legs to the synthetic creatures and give these lifeless materials new walking gaits and smarter behaviors.”

“Eventually, we’d like to make armies of microrobots that could perform a complicated task in a coordinated way. We can tweak them molecularly to interact with one another to imitate swarming of birds and bacteria in nature or schools of fish in the ocean…[reaching] applications that have not been conceived at this point.”

In that sense, Stupp and his team have only begun to scratch the surface. Like the octopus-inspired robot, researchers are taking this project one step at a time.

The final destination, however, remains as unknowable as the future itself. While unclear how exactly this will ultimately be used, it’s certainly exciting.

After learning about the breakdancing robot aimed to kickstart medicine inside the human body, read about the responsive and flexible robot inspired by origami. Then, learn about the potential robot sex awaiting us in the future.