Breaking And Entering: Our Interview With Illustrator Ray Jones

A few days ago, photographer Killian Simon and I met with Ray Jones, a fantastically talented illustrator local to Bushwick, Brooklyn. After a few drinks at a quiet tavern, we managed to break our way onto a gorgeously vandalised rooftop in the warehouse district and took some photos while talking sex, art, process, and existential dread in a digital world. 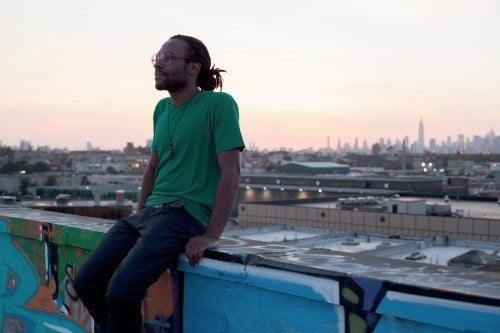 ATI: We are here with Ray Jones, who is without a doubt the next big thing. How’d you get your start?

(He blushes. Ray is incredibly well mannered, humble to the point of near timidity, but peaceful.)

Ray Jones: Well, I grew up in Miami Florida. I went to art magnet schools until I took my undergrad in Maryland. Then I came to New York to take a grad program at SVA for Illustration and I just ended up staying.

Now, a clichéd, but necessary, question: what inspires you?

I think that there’s a meditative aspect to the work, too.

Yes, absolutely. I mean, I dabble a little with digital and Photoshop, but I still like the resistance of the brush against the paper. Everything you see on my website was inked by hand and digitally colored. 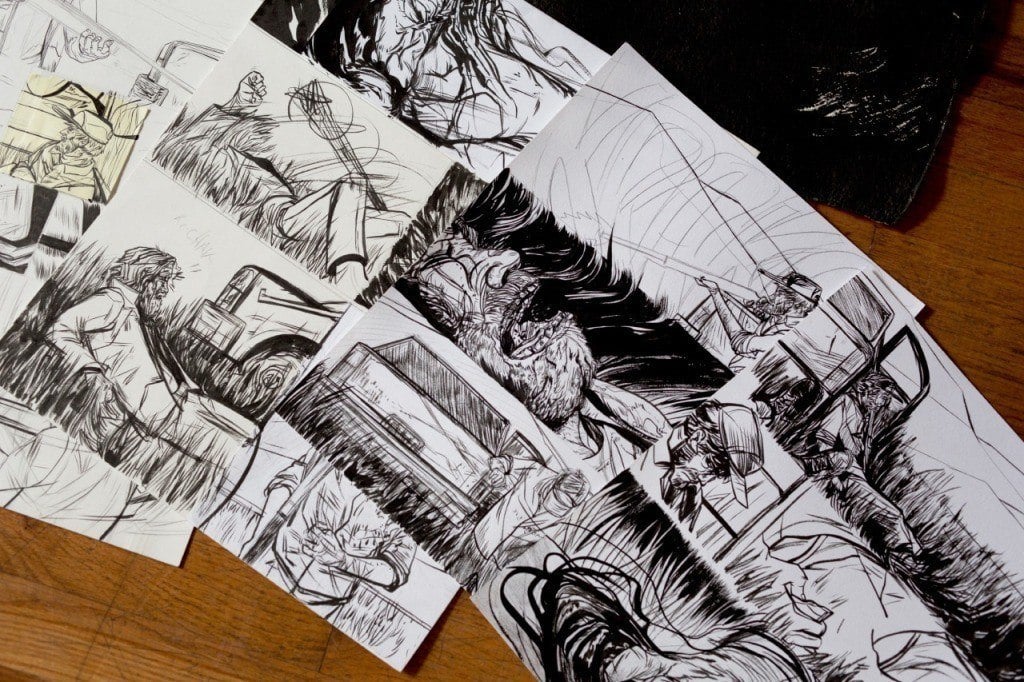 These would be great venue flyers, or tattoos- have you done any work like that?

I really, really want to! I used to be in a death metal band. And I did design a tattoo of a bunch of tentacles for someone, but I’ve never given a tattoo, no.

(At this point we’ve decided to sit on the edge of the seven-story building and look at the shattered glass windows of the warehouse across the way. The sun is driving its way down below the skyline and we start getting a bit contemplative, but Ray remains professional and demonstrative in his language. He’s an expert interviewee. We remark on the sensation of wanting to throw yourself off of high buildings, and somehow this leads the conversation from impulse, to passion, to sex. Continued on next page…)

ATI: How does sexuality play into your art?

Sexuality and passion have always been important themes in my work. I was raised in a really Christian household so, naturally I would have an obsession with romance and intimacy, what’s taboo and what’s not. I wanted to explain that using symbols and imagery. And the Japanese style plays a lot into that. I’ve always used art as a means of getting through difficult situations in my life, whether it is a relationship or a confusion or whatever.

I guess so. But I don’t really want to make work like that anymore. Now I want to explore concepts.

So, here’s the big question: Why’d you stay in New York? I mean, it seems fucked up, now.

Well, it’s super tough. I feel like you can walk into a subway car and at least 20% of the people in there are artists. And Brooklyn… I don’t want to sound pretentious, and I do believe that art is for everyone and I want everyone to be involved with something creative, but… I’ve spent over 10 years and $120,000 of my time and money on this, so there’s that little nugget of resentment when I’m just like: “No, you haven’t labored over something.”

I suppose I don’t really want it to be for everyone, either.

But I’ve hit a point in my life right now where- well, I’m teaching up in Harlem, it’s in a pretty rough area but I’m okay with it. But I get to teach them about the things I like: art, comic books, manga; and by the end of the year, they are interested in art and illustration. I resisted the “day job” type pull and I was trying to freelance, really scraping by. But after taking on more classes this year, watching these kids, I feel good- I get to see what I was like as a kid, as an artist.

Plus, I’m so interested in my subconscious and social psychology, basically. Why do people think things should be a specific way, and why do they have that sort of dissonance when they are confronted with that?

I think kids are closer to the subconscious. Less memories to sift through.

Yeah, that’s it. Between birth and eight years old, there is so much information that’s absorbed: all these ideas and concepts and layers that get thrown onto you. By the time you get to adolescence, a lot of bullying happens, confusion, anger because you’re not what you think you should be, or what society thinks…

I want to be able to display how all of those different layers can manifest themselves in our subconscious. Lately I’ve been trying to mix multiple images in one piece to deal with the duality of our nature- you know, like using gray-scale over color and images over images. Trying to display the different aspects of a person.

I think I’m trying to work through personal things with my art through the use of metaphor and symbols. Whatever is going on in my life, my art is the way to make peace with that. I feel like I’m going off on a tangent.

(The moment hangs as we consider our healthy pessimism for the future and our approaches to art and creativity. The sun is almost gone and the sky is the color of ripe plums. He breaks the silence with an exasperated outburst, which he controls in his attempt to maintain appropriate composure. What a pro.)

God. I have to say- we forget that everyone is just a human being and has problems and flaws. We get so caught up by phones, the speed of everything now. But there’s not much time. We have to live, and it seems almost impossible. I used to go through a lot of anxiety and depression about that. I worried so much about the past influencing my present situation; human nature, pattern recognition, futility, that sort of thing. There’s a point where that fear can control all of you and paralyze you.

I think some of the best interviews end with silent, existential dread.

I’m feeling uncomfortably existential myself, right now. But all you can do is put the best of what you have into everything. 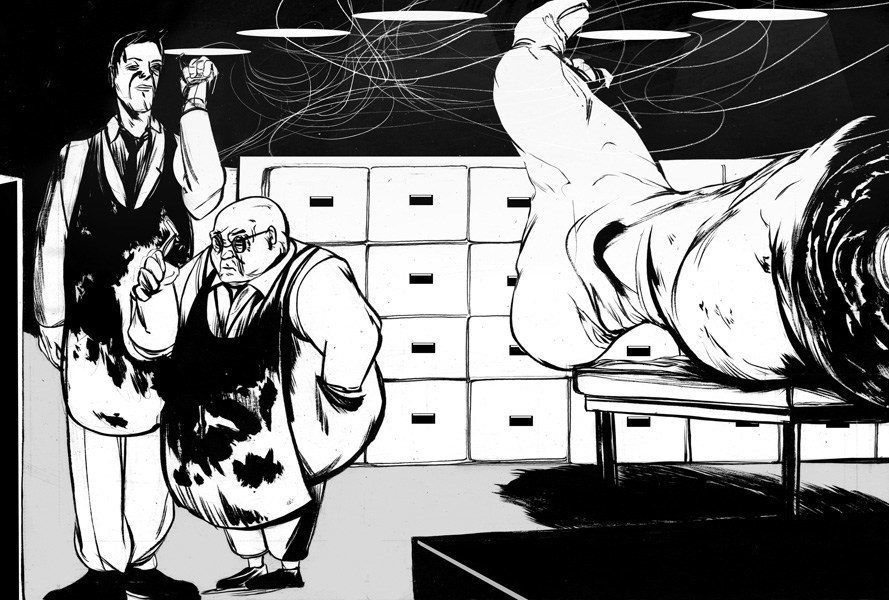 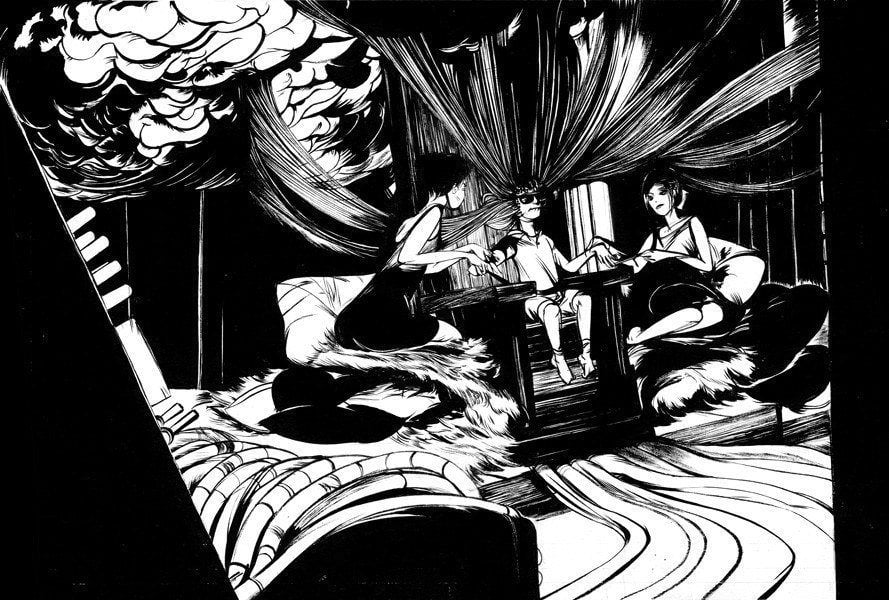 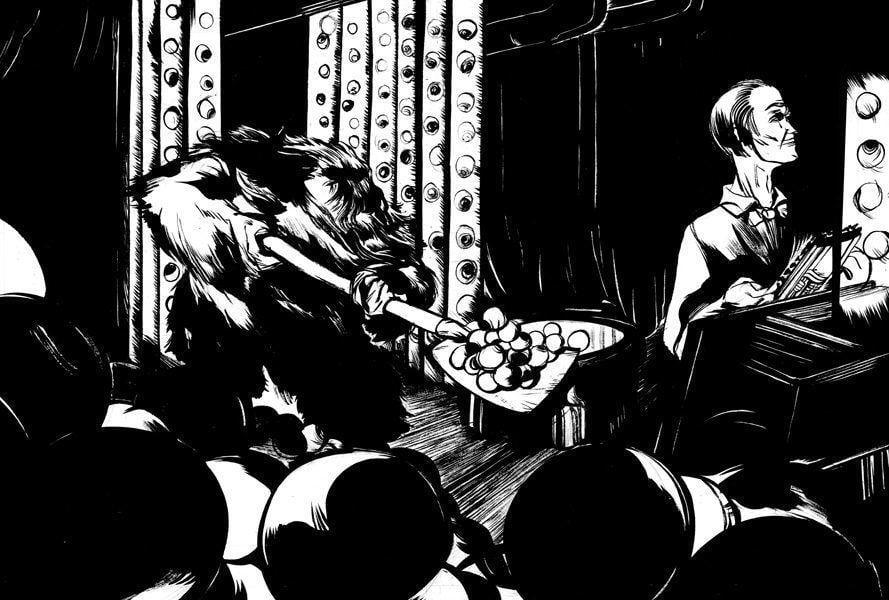 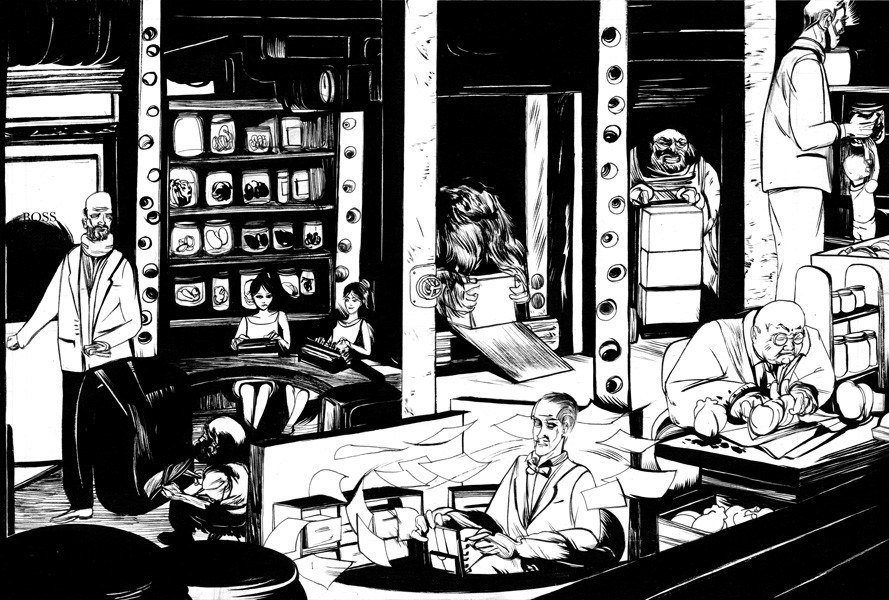 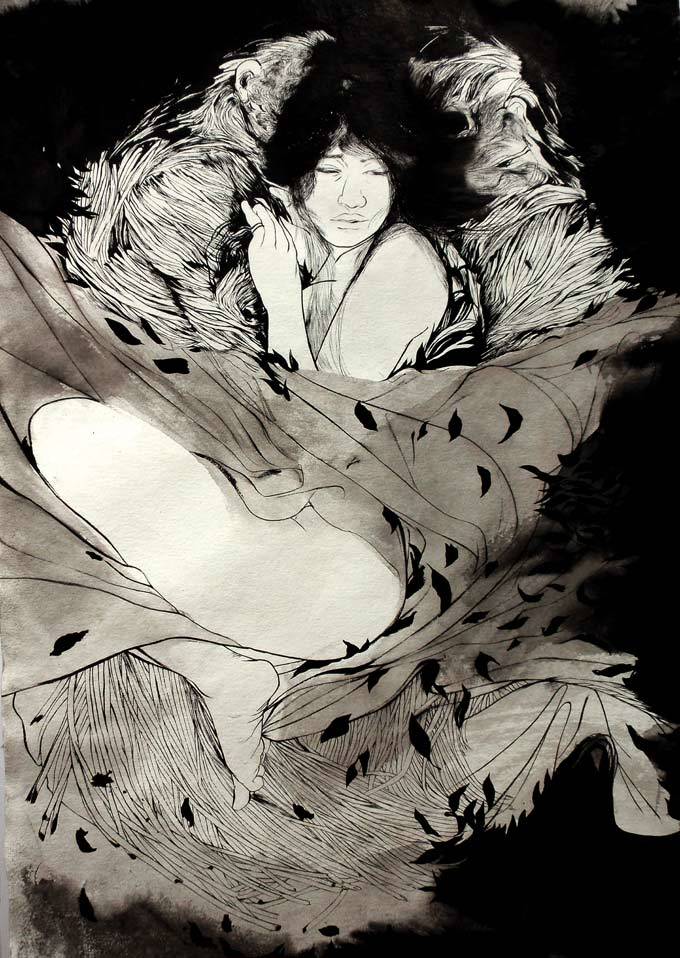 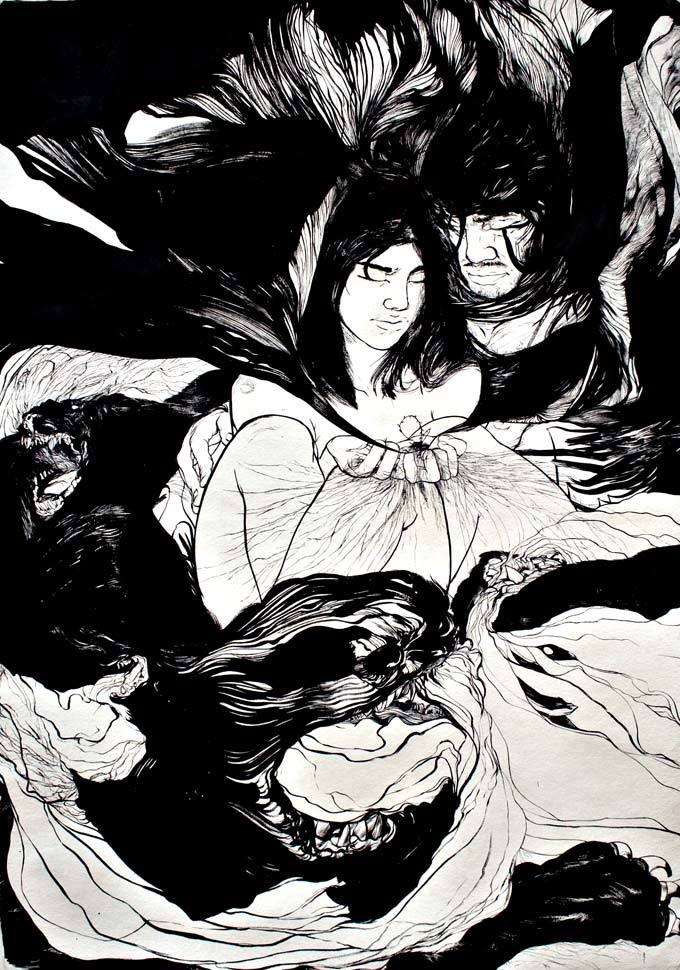 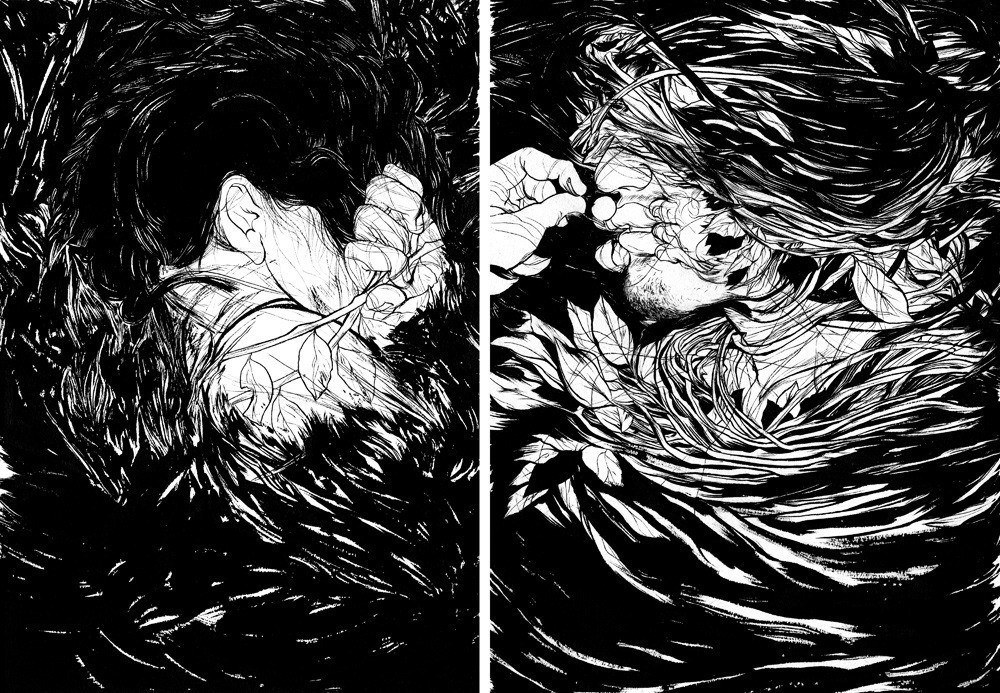 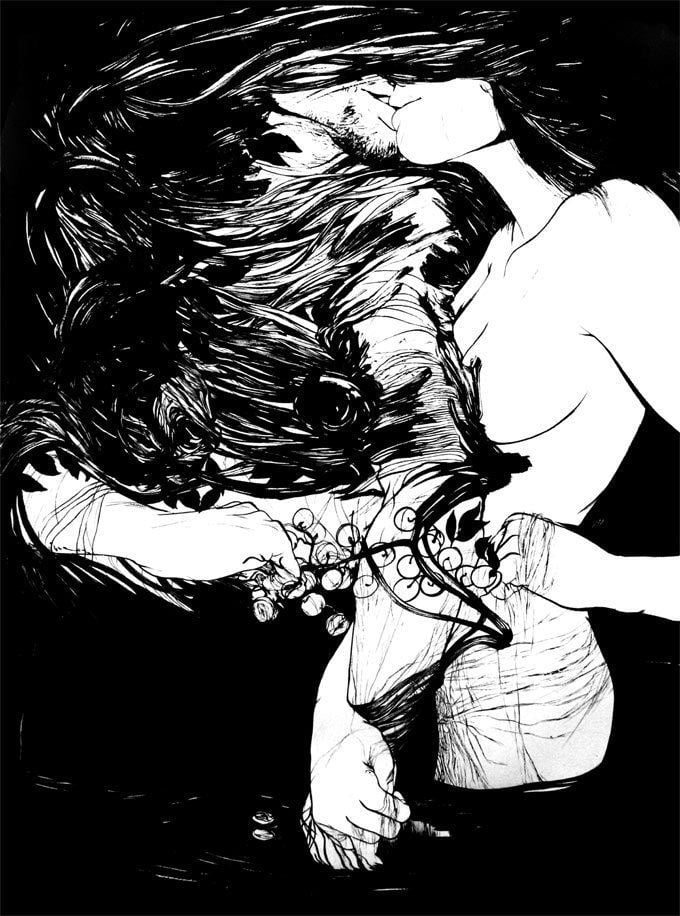 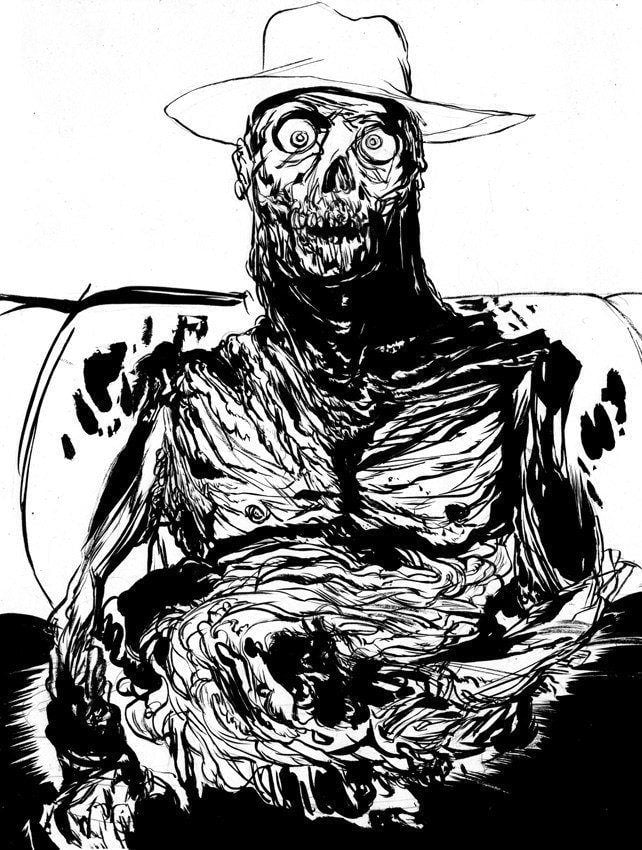 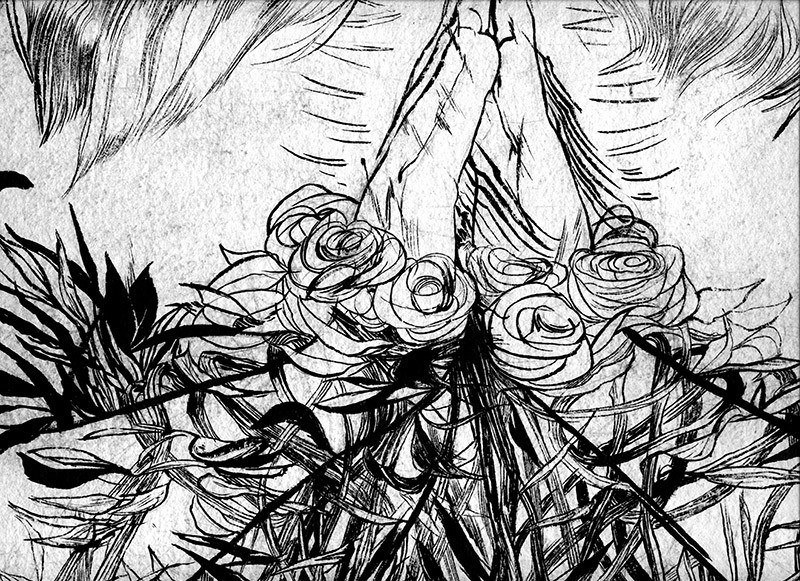 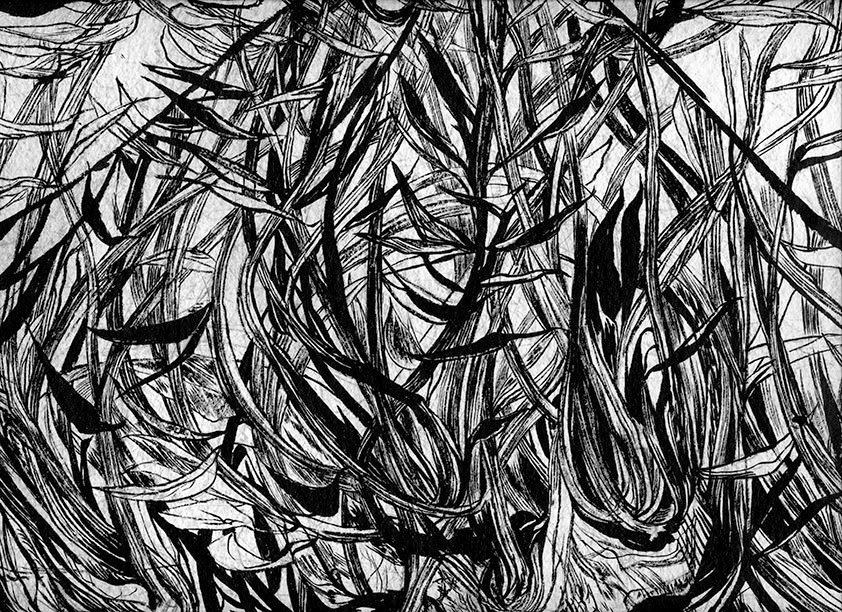 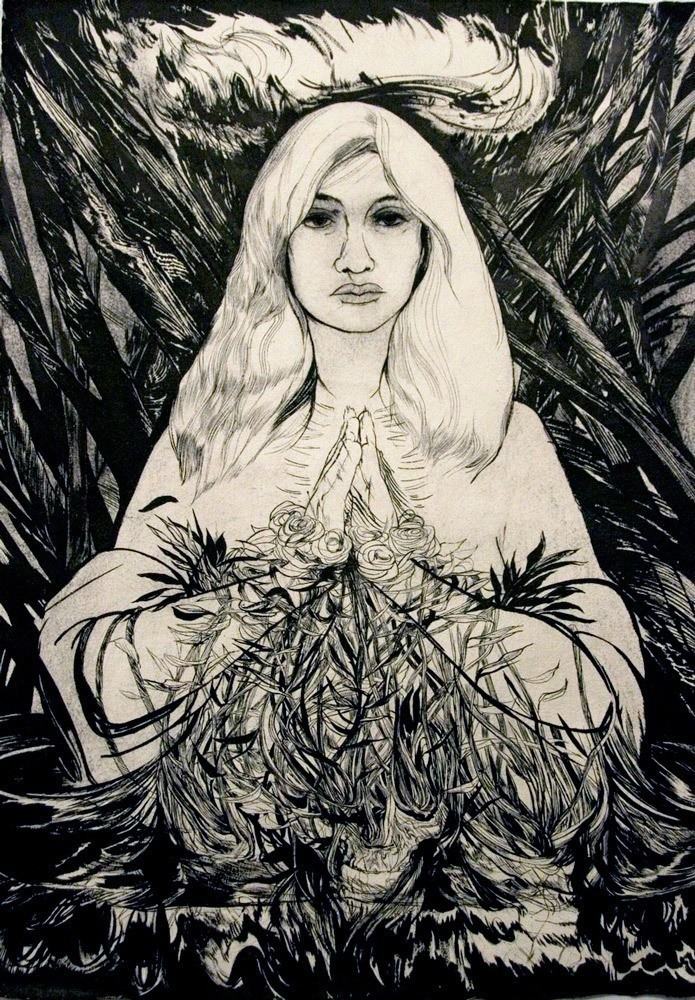 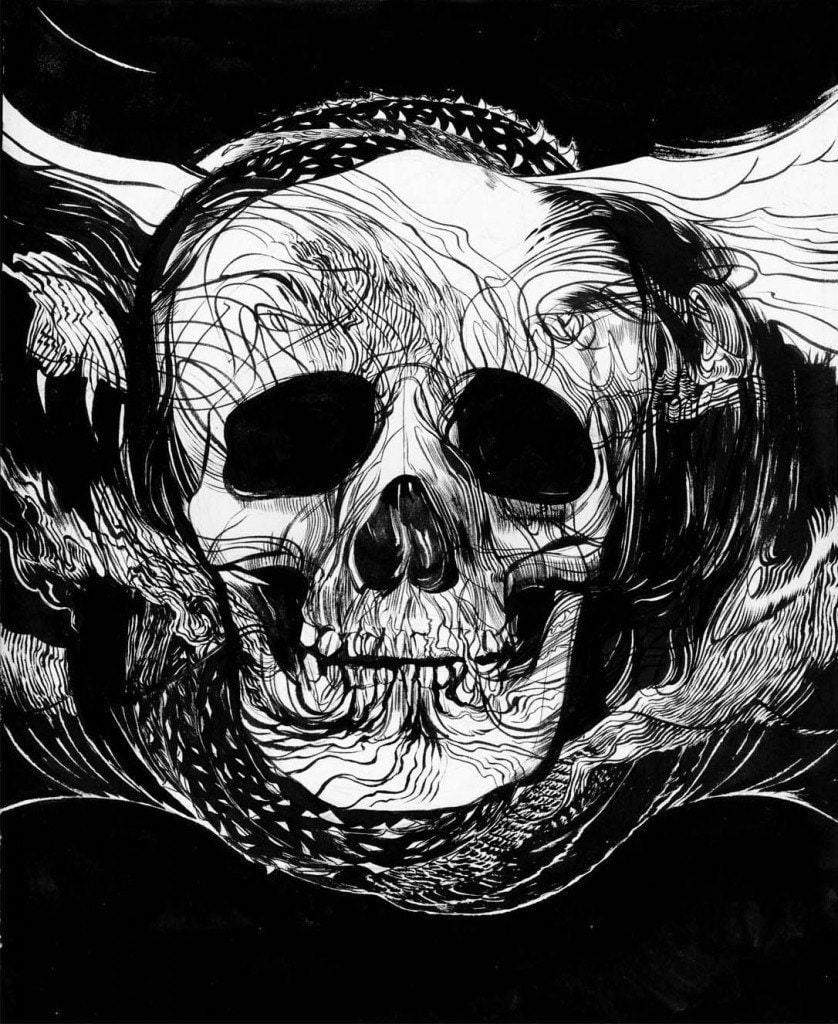 Ray Jones has created work for Esquire Russia, Sony Music, has been featured by Juxtapoz, and more.