Doctors believe the bullet entered the woman's left side, was diverted by her implants, and then lodged behind her right breast where it remained until surgery. 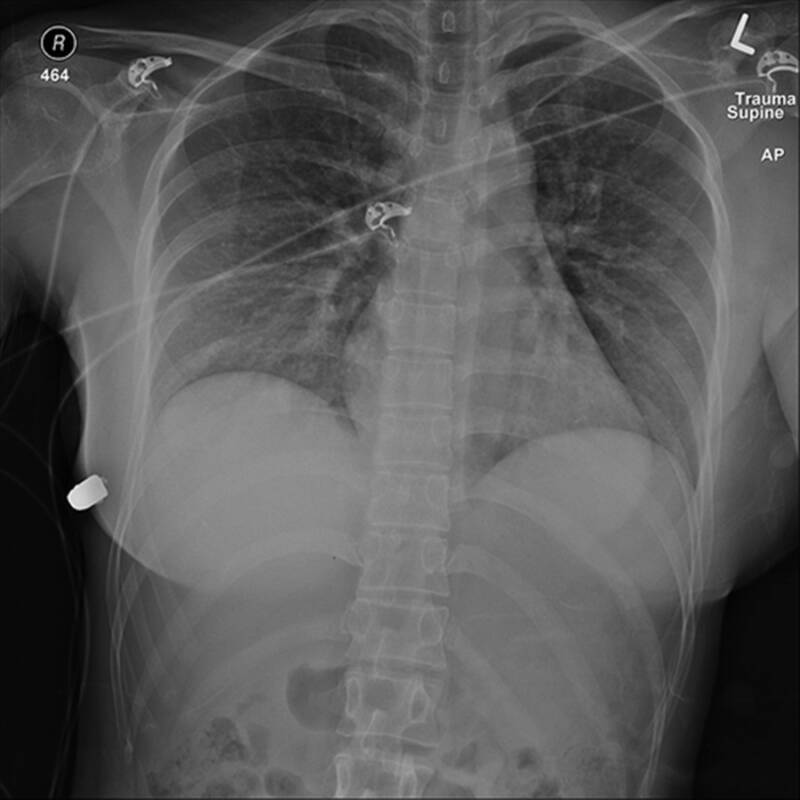 McEvenue et alOddly enough, this is not the first time that silicone breast implants saved a woman from a shooting.

A Canadian woman who was unexpectedly shot in the chest was inadvertently saved from certain death by her breast implants.

According to Science Alert, a new study revealed that the bullet entered the left side of the victim’s chest and instead of careening right through her back and possibly through her heart, it was somehow deflected to her right side where it became lodged behind her breast.

Medical experts who examined the patient believe that this slight change in the bullet’s trajectory was possibly due to her breast implant.

“This trajectory change could only have been due to the bullet hitting the implant in our patient’s case, as the bullet did not hit bone on the left side [as evidenced by lack of left-sided fracture and a bullet that retained enough energy to cause right-sided fractures],” the study noted.

X-ray scans of the woman’s chest showed that the bullet was shot at close range and caused a series of rib fractures from which experts could trace the bullet’s trajectory. The bullet had not only been deflected from tearing through her heart but had then lodged in her right side where it couldn’t exit through her back, which would likely have been fatal.

Indeed, the deflection spelled the difference between life and death for the victim.

“This implant overlies the heart and intrathoracic cavity and therefore likely saved the women’s life,” the authors of the study confirmed.

McEvenue et alBoth breast implants show that the bullet had shot through them.

A team led by plastic surgeon Giancarlo McEvenue performed surgery on the patient to remove both implants and the projectile which turned out to be a copper-jacketed 0.40 caliber bullet. The bullet was handed over to police as evidence because the shooting is still under investigation.

Incredibly, the woman was in stable condition after the life-threatening incident and did not suffer any additional injuries except minor damage to her lung tissue and a single entry wound in her upper left breast.

The incident occurred when the 30-year-old was walking down a street at night in Ontario, Canada. Doctors said she began to feel “heat and pain” in the left side of her chest. When she saw blood coming out of her left side, she rushed to the nearest emergency room.

The victim was later transferred and examined at a hospital’s trauma center where doctors found a mass behind her breast that turned out to be a bullet. The shooter has yet to be identified. 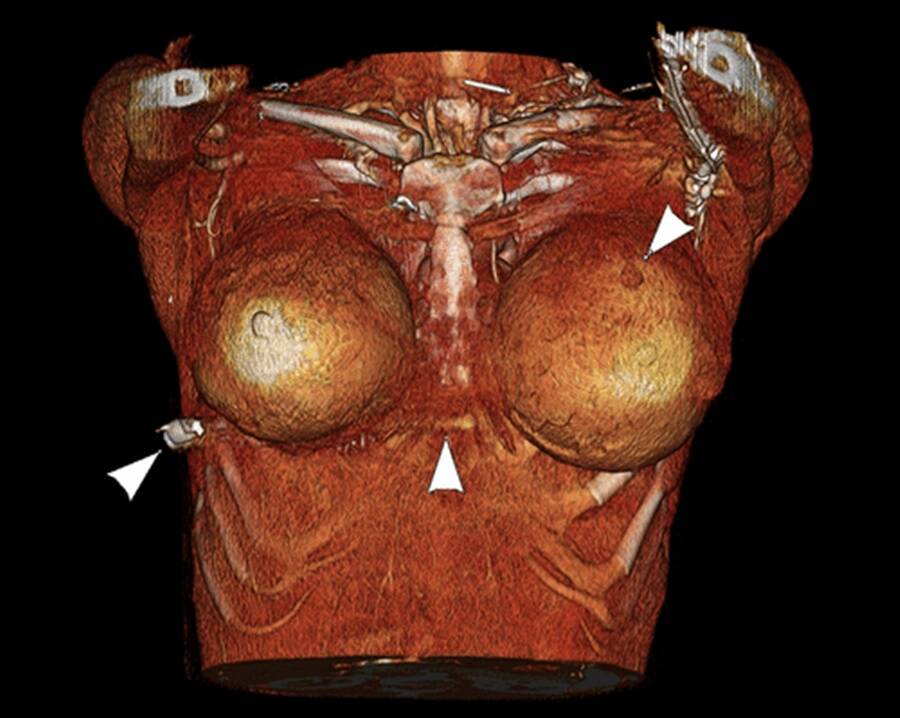 McEvenue et alThis 3D visual shows where the bullet entered through the left breast (right arrow), then journeyed through the presternal soft tissues (middle), and finally where it stopped in the right lateral chest wall (left arrow).

Although it’s rare that a silicone breast implant deflects a bullet at close range, the research team actually managed to find at least two other similar instances where breast implants were believed to have saved patients’ lives after being shot.

“Interestingly, despite the millions of women with breast implants and the thousands of women affected by gun violence worldwide, ruptured implants after firearm injury is a rarely reported phenomenon in the literature, with only several case reports having been described previously,” the study noted.

Moral of the story? “Breast implants can save lives!” McEvenue declared on Facebook where he shared the team’s findings.

Next, read the tragic story of an aunt who accidentally shot her 10-year-old nephew while taking gun selfies. Then, take a look at the bizarre and painful history of breast implants.